History and heritage of Gloucestershire

Gloucestershire’s history has been governed by its strategic location on the border with Wales, at the meeting of important national trackways and four of England’s great rivers.

A place of farmers and craftspeople, several of its key towns were already established by the time the Romans arrived in the 1st century AD. Chedworth Roman Villa and Corinium Museum in Cirencester are key places to visit. Part of Saxon Wessex, the area became a shire in the 12th century, with Winchcombshire and the Forest incorporated soon after.

Gloucester is England’s most inland port, and the mighty River Severn brought trade with ports in Britain and overseas. The river’s source is in the Welsh mountains and it reaches the sea in the Bristol Channel after 220 miles, also forming an important territorial boundary. The iron and coal that powered the Industrial Revolution came down the river on barges from the Midlands. The Gloucester Sharpness Canal and the Lydney Canal and harbour were built to transport timber and iron mined in the Forest of Dean. The river crossing near Gloucester at Maisemore dates to 1270, while the modern Severn Bridges carry the M4 and M48 and replaced a ferry crossing at Aust. 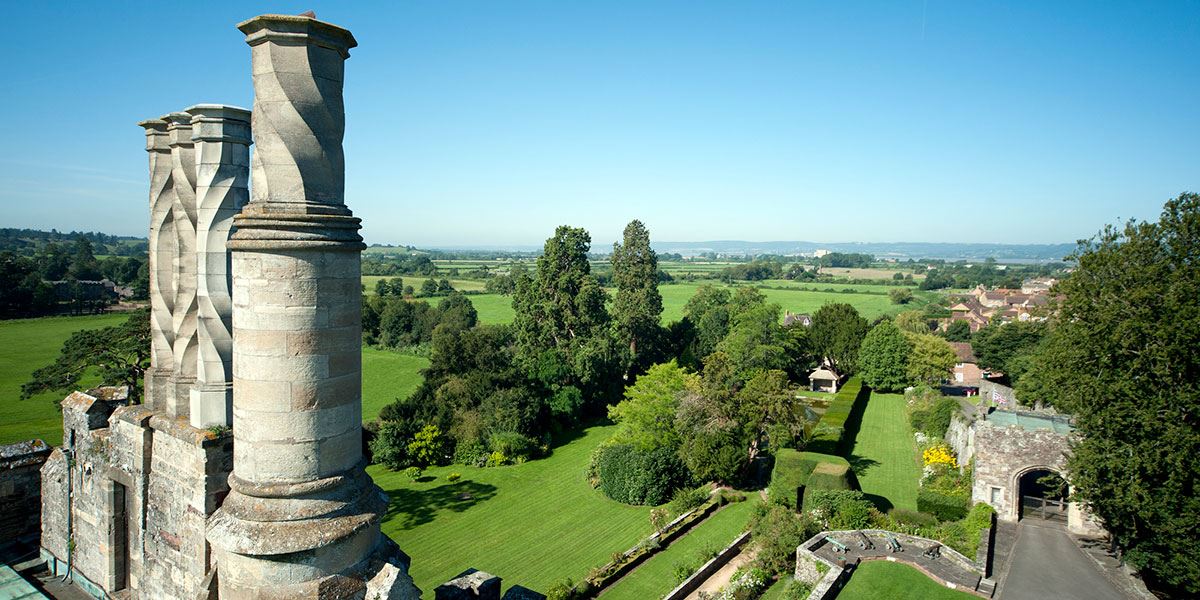 Step back in time with a visit to Berkeley Castle

The River Thames is another important trade route. Navigable from Lechlade in the east of the county, it is said to rise at Thames Head near Cirencester, travelling 210 miles to London and the North Sea. The inhabitants and landowners in Gloucestershire have left many fortifications and castles, built to defend against invaders or to impress the neighbours. It’s worth making a hike to the Neolithic remains such as Hetty Pegler’s Tump and Belas Knap, which bear witness to the earliest settlers.

Berkeley Castle is the scene of the bloody murder of King Edward II. It’s a motte and bailey structure with mainly medieval and Tudor construction now in evidence. Edward Jenner conducted the first vaccinations against smallpox in Berkeley and the nearby Tyndale monument commemorates the martyr who first translated the Bible into English.

Berkeley Castle is the scene of the bloody murder of King Edward II. It’s a motte and bailey structure with mainly medieval and Tudor construction now in evidence

Gloucester’s castle played an important role during civil conflict in the 12th century and was the scene of a dramatic siege in 1643, giving rise to the nursery rhyme Humpty Dumpty. Long ruined, it has recently been excavated during development of the Gloucester prison site. Sudeley Castle in Winchcombe was a fortified manor house and was later owned by the Seymour family. Visited by Queen Elizabeth I, it was the home of Katherine Parr, the last wife of King Henry VIII, and she is buried in its chapel. 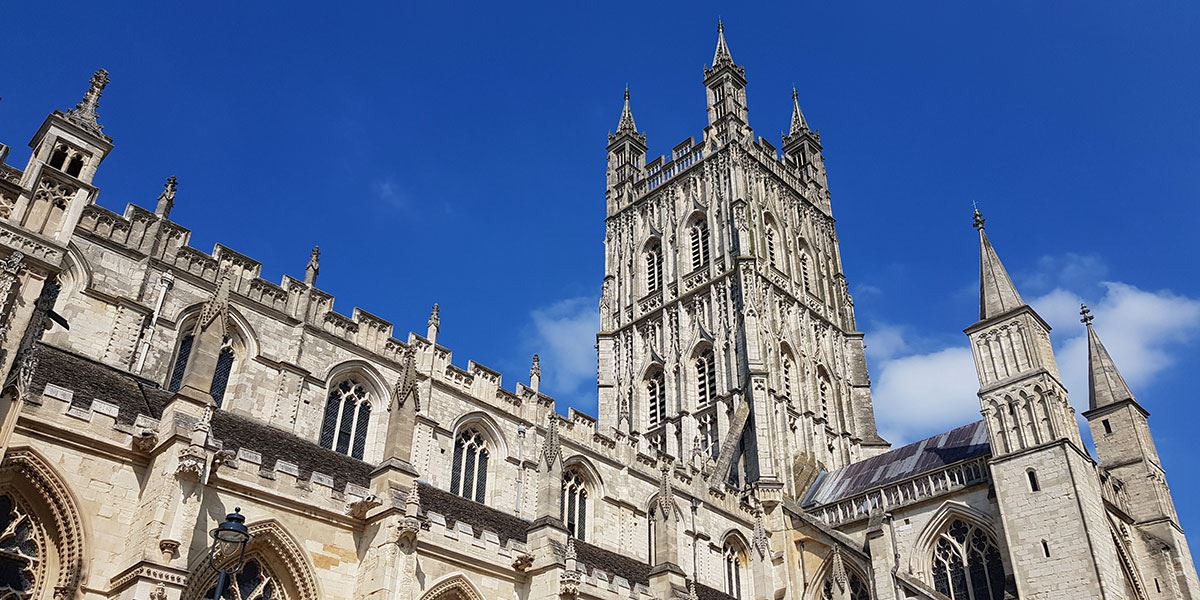 Take in the magnificent architecture of Gloucester Cathedral

Gloucestershire’s great landowners fought for the Yorkists in the Wars of Roses and for the Protestant cause in the 16th-century religious wars. The Battle of Tewkesbury in 1471 is commemorated by an annual re-enactment on the Bloody Meadow. One of Gloucestershire’s earliest churches is Odda’s Chapel, at Deerhurst. Gloucester Cathedral’s magnificent tower can be seen from afar. It was a 7th-century religious house, though Norman and medieval kings contributed to the stunning building we see today. It was designated a cathedral and so survived the Dissolution of the Monasteries, where many religious buildings were ruined.

Fairford is a typical ‘wool church’, built by rich wool merchants. Its magnificent perpendicular architecture, fan vaulting and 28 stained-glass windows are well worth a visit. Nearby, Fairford’s airfield was the home of the supersonic airliner, Concorde, during its development. Cheltenham commemorates the polar explorer, Edward Wilson, with a statue in the Promenade, while the composer Gustav Holst’s home is preserved as a Victorian museum.