History and heritage of Hampshire and the Isle of Wight

Hampshire’s historical roots can be traced many centuries back. As recently as 2003, new signs of the county’s ancient history were discovered when crop marks were seen on aerial photographs of Damerham in West Hampshire. These markings were seen as significant as they can indicate buried archaeological sites, and further investigation led to the discovery of what appears to be a Neolithic oval barrow and long mound.

Excavations are only beginning but, despite extensive ploughing damage, it is thought that some of the site is well preserved and potentially holds one of the largest long barrows in the country. Hampshire was one of the first areas to fall to the Romans when they invaded southern Britain in 55 and 54BC. When Roman rule broke down, West Hampshire became the centre of the Kingdom of Wessex and its King, Alfred the Great, established Winchester as his capital. The city was rebuilt as a result, with the streets laid out in a grid pattern, and prospered.

The City Museum tells the story of Winchester’s past, including hands-on exhibits to keep all the family interested. Coastal defences have played a key role in the county’s history over the centuries, including the striking Portchester Castle which was originally built in the late 3rd century. Its position close to Portsmouth’s harbour ensured it continued to defend the city for hundreds of years.

Now protected by English Heritage, pay a visit to see the well-preserved fortification including a small Norman church that has survived in excellent condition and an exhibition that outlines the castle’s history. Additional south coast defences were commissioned by Henry VIII to protect England against potential invasion from French or Spanish forces.

Strong stone walls and low towers facing the sea are hallmarks of these forts, with their rounded turrets designed to deflect cannon balls. Good examples still visible today include Hurst Castle, at end of a shingle spit that extends 1.5 miles from Milford-on-Sea, and Calshot Castle close to Southampton. 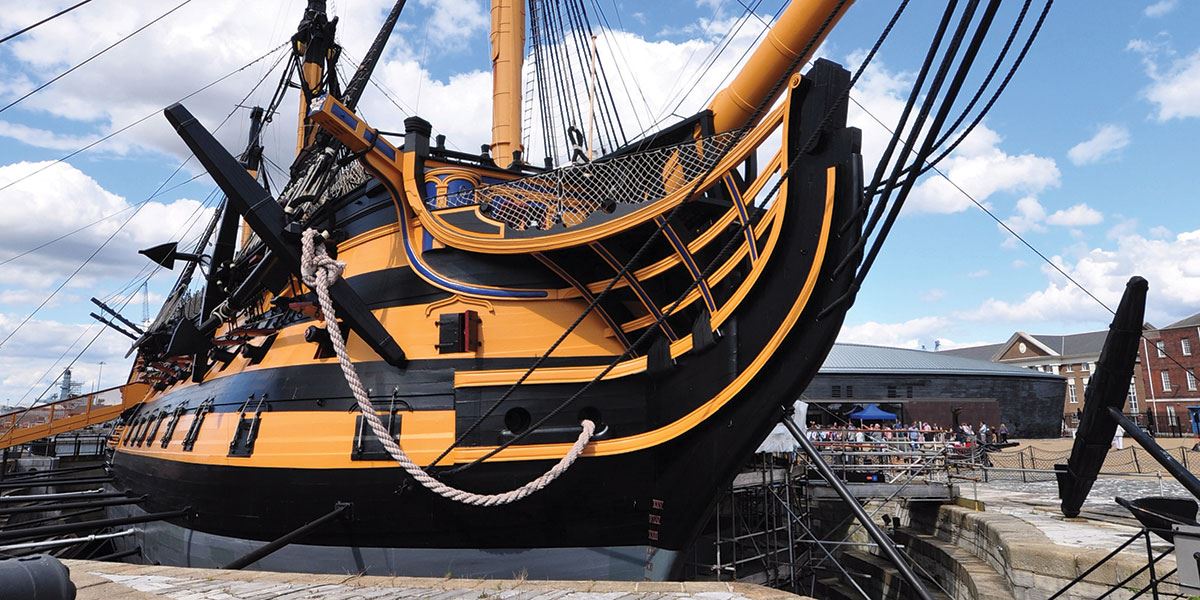 Moving into the 20th century, Hampshire’s role in World War II was extensive. Industrial and military targets in Portsmouth and Southampton meant both cities were strategic targets for the Luftwaffe and suffered frequent bombing raids. Indeed, on three days in 1940 (23 and 30 November and 1 December), much of Southampton town centre was destroyed in what became known as the ‘Southampton blitz’.

With the Royal Navy harbour at Portsmouth and major army garrison in Aldershot, the county was pivotal to the war effort. The Supermarine aircraft company, based in Southampton, designed the Spitfire – the history of which is commemorated at the Solent Sky Museum.

Meanwhile in Gosport, a £6.77 million conservation project at the Royal Navy Submarine Museum has restored the only surviving World War II-era A-class submarine, HMS Alliance. Hayling Island, which is a similar size and shape to neighbouring Portsmouth and Southsea, played a special but controversial role in the war effort as a decoy to draw enemy attacks away from important military targets. A series of controlled fires lit around the island simulated bomb damage and deflected many an aerial raid.

Hampshire was also central to the story of the ill-fated Titanic; Southampton was the port from which the 1912 ship started its voyage and the majority of the crew came from the town. The SeaCity Museum is the place to discover an interactive model of the liner, the ‘Disaster Room’ and the details of the inquiry held into the incident in the 1930s.

Moving into the 20th century, Hampshire’s role in World War II was extensive. Industrial and military targets in Portsmouth and Southampton meant both cities were strategic targets for the Luftwaffe and suffered frequent bombing raids

Dinosaurs, invasions by the Romans and French and infamous Royal visitors have all been part of the island’s rich history. The Island was originally formed at the end of the last Ice Age when rising water levels cut it off from mainland Britain and the continental landmass. But dinosaurs initially ruled the roost and fossils of their remains can still be found today with Dinosaur Isle, Sandown, and Dinosaur Experience, Blackgang Chine, popular tourist attractions.

As time went on, villages began to spring up, but the Island was susceptible to attack and there were many attacks. The Island of Vectis, as the Romans called it, was subdued by Vespasian, the future emperor, with village chiefs giving up without a fight. Some of the native landowners adopted Roman culture and were wealthy enough to have vast houses built. At least seven Roman villas are known to have existed on the Island including villas at Newport and Brading, with original mosaics which are open to the public. 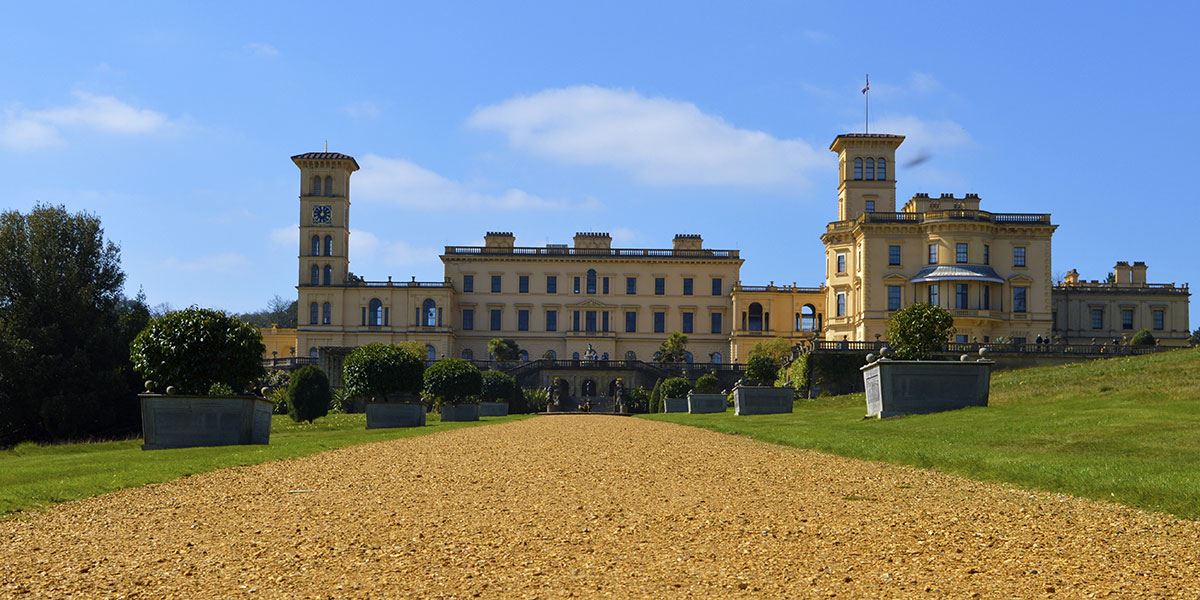 After the Romans left, the Jutes and Vikings all made their move over the next few centuries before it was the turn of the French and the Norman Conquest when the French built Carisbrooke Castle to protect the Island. During the English Civil War, King Charles I fled to the Island believing he would receive sympathy from the governor, Robert Hammond. However, Hammond was appalled and incarcerated the king in the Castle. Charles, despite an almost-successful escape attempt, was later tried and executed in London.

During Victorian times, Queen Victoria chose the Island as her family retreat. She bought the Osborne estate, and by 1846 the old house had been replaced with Osborne House and its gardens, designed by Prince Albert, which is open to the public.

The Island also played its part during World War II with operation PLUTO (Pipe-Lines Under The Ocean), a joint World War II operation by scientists, oil companies and the armed forces to construct oil pipelines under the sea between the Isle of Wight and France to support the war effort in Europe. A visitors’ centre is based at Alum Bay, one of the Island’s main tourist attractions by The Needles, which explains more of the varied history of such a small island.

Getting around Hampshire and the Isle of Wight