History and heritage of Herefordshire

Castles and battles, actors and martyrs, the Marches county of Herefordshire is rich in history, some of it clear to see in the architecture of its buildings and the beauty of its string of black and white villages, but some takes a little more looking for.

The out-of-the-way village of Wigmore near Leominster, for example, is the site of one of the most decisive battles of the Wars of the Roses, the Battle of Mortimer’s Cross, though there is little evidence today of the ferocious battle that raged here on February 3, 1461 with the loss of 4,000 men, many of whose bodies are believed to have been buried in the ‘clamp’, a mound overlooking the battlefield.

More obvious clues to the county’s past lie in its many castles, some of which are no more than picturesque ruins while others, like Kinnersley Castle, are still lived in today. Goodrich Castle, near Ross-on-Wye, falls into the former category, its imposing ruins home to many ghosts, a tragic love story and a civil war siege. 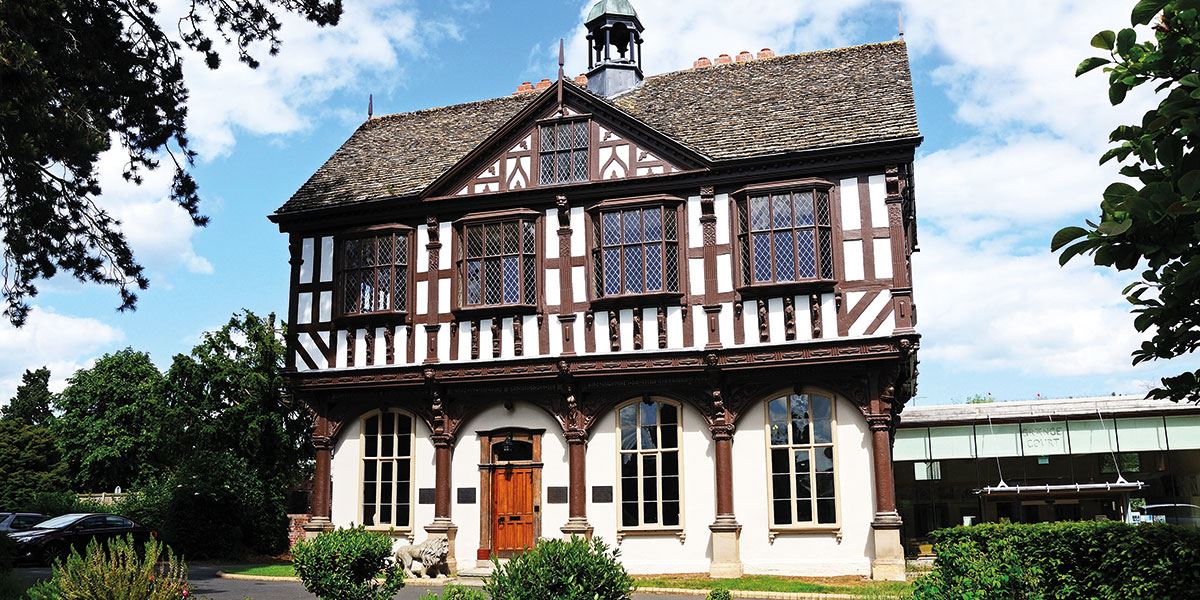 This county is punctuated with black and white villages such as Leominster, where you can marvel at Grange Court, built in 1633

And though there is little evidence of Hereford’s castle, which has been described as having been ‘nearly as large as that of Windsor’ and ‘one of the fairest and strongest in all England’, Castle Street and Castle Green ensure that its existence isn’t forgotten.

Built in 1046, it was destroyed in 1055 after being overrun by the Welsh – Herefordshire’s historically bad neighbours – who also burned the cathedral and town. Rebuilt in 1066 by William Fitz Osbern, most of what remained of the castle appears to have been destroyed in the 1650s and the green leased to the city council in 1833 for a period of 200 years at £1 a year.

The out-of-the-way village of Wigmore near Leominster, for example, is the site of one of the most decisive battles of the Wars of the Roses, the Battle of Mortimer’s Cross

Today, in the middle of Castle Green, the visitor will discover Nelson’s Column – though an unprepossessing urn rather than a statue of the great man, who was given the freedom of the city when he visited for a day, looks out over the green thanks to a shortfall in funds!

So, instead of a castle, it is the cathedral which dominates the Hereford skyline. A close look at the imposing West front will reveal the evidence of one of Hereford’s more dramatic events – an earth tremor on Easter Monday in 1786 which led to the collapse and subsequent rebuilding of the West front. 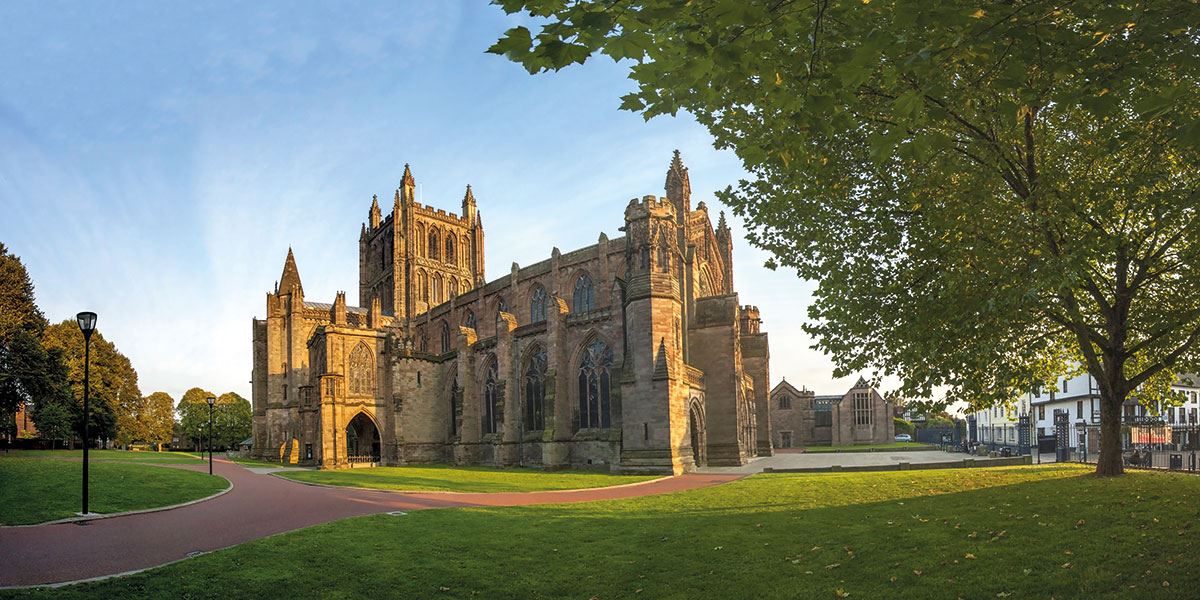 Herefordshire is rich in history, and this is clear to see in the architecture of its buildings such as Hereford Cathedral

Also visible is a carving of St Ethelbert, whose perceived martyrdom is widely seen as the catalyst for the birth of the city itself. Look above eye level in King Street and you’ll catch sight of a clue to Hereford’s Saxon past above Watkins and Thomas where the interesting lean of the timbers is evidence of its position above the Saxon ditch around the city.

Church Street is home to some of the oldest buildings in the city, though its status today as the most stylish street is a long way from its earlier existence as Cabbage Lane, when the merchandise on sale was mostly fruit and veg. A plaque above No 28 commemorates the birth of Roger Kemble, one of the city’s two theatrical giants – the other, David Garrick was born in a house on the corner of Maylord Street and Widemarsh Street, recalled with a blue plaque, and commemorated – prosaically – in the name of a car park!