History and heritage of Kent

Known as the Gateway to England thanks to its close proximity to mainland Europe on the south east coast of England, Kent is brimming with historical tales.

Its name comes from the ancient Celtic word, cantus, meaning ‘rim’ or ‘border’. It is alleged that Julius Caesar, who referred to the county as ‘Cantium’, said that of all the British tribes, “by far the most civilised are they who dwell in Kent”.

As the oldest county in England, Kent is known to have some of the oldest recorded settlements in the British Isles and today its castles, historic houses and maritime heritage have some compelling stories to tell.
Kent’s list of spectacular castles stretches the length and breadth of the county, from Dover Castle sitting above the white cliffs in the east, to the 13th-century Hever Castle – once home to Henry VIII’s second wife, Anne Boleyn – in the west and dozens in-between. Often cited as ‘The Loveliest Castle in the World’, Leeds Castle should not be missed. Surrounded by a moat and 500 acres of parkland and gardens, the castle, in Maidstone, was originally the site of a manor of the royal Saxon family and later became a royal palace, housing kings and queens of England for 300 years. 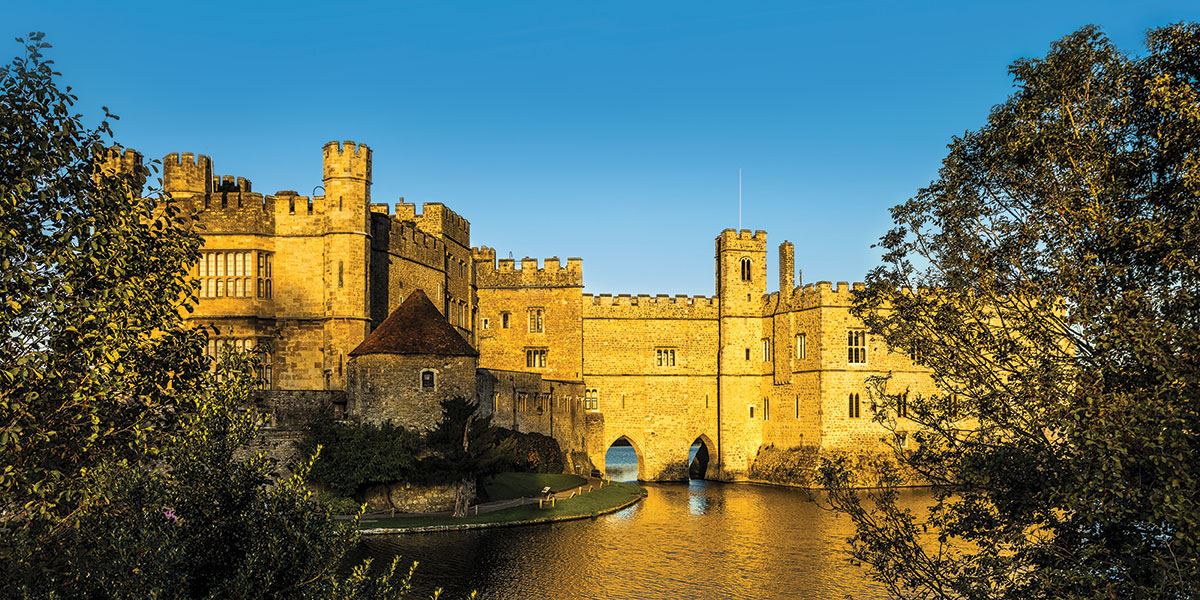 Surrounded by a moat and 500 acres of beautiful parkland and gardens, a trip to Leeds Castle in Maidstone is one to not to be missed

In Rochester, the 113ft Norman keep is one of the tallest in England and the castle is also among the country’s best-preserved. It was here, or close by at least, that the Romans built their first fort to guard the bridge carrying their legions over the river on their way from Dover to London. In Deal, King Henry VIII built two castles, the town’s namesake, which is one of the finest Tudor artilleries in England, with dark passages that wind through its rounded bastions, and Walmer Castle, which was home to the Duke of Wellington for 23 years until his death in 1852.

Of course, Kent is also known for its cathedrals, the most famous being Canterbury – home to the Archbishop of Canterbury and the epicentre of Christian pilgrimage in the UK. The cathedral’s history began in 597 AD, when Augustine, a monk sent by Pope Gregory the Great, arrived as a missionary and established his seat in Canterbury. The magnificent building’s medieval stained glass windows illustrate stories associated with Saint Thomas Becket, the archbishop who was murdered in the Cathedral in 1170, and there is also a Romanesque crypt dating back to the 11th century, a 12th-century early Gothic quire and a 14th-century perpendicular nave. Don’t forget to also take in the tranquil ruins of St Augustine’s Abbey and St Martin’s Church, which also form part of the Canterbury World Heritage Site.

As the oldest county in England, Kent is known to have some of the oldest recorded settlements in the British Isles and today its castles, historic houses and maritime heritage have some compelling stories to tell

Just over 30 miles west, in Rochester, you’ll find Britain’s second oldest cathedral. Dating to 604 AD, Rochester Cathedral was founded by Bishop Justus and houses one of the oldest doors in England. The door is hidden from view but you can organise to see it by special appointment.

Kent’s position as the nearest point of England to the continent of Europe has always made it vulnerable to invasion; the Royal Military Canal and Martello towers were built to deter Napoleon in 1792 and, during the First and Second World Wars the county acted as the first line of defence against invasion. Many soldiers returning from Dunkirk landed on the Kent coast and for them Dover’s white cliffs, made famous in the song by forces sweetheart Vera Lynn, became synonymous with home. 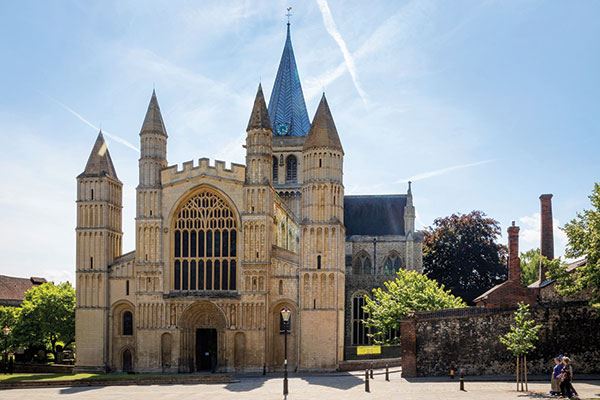 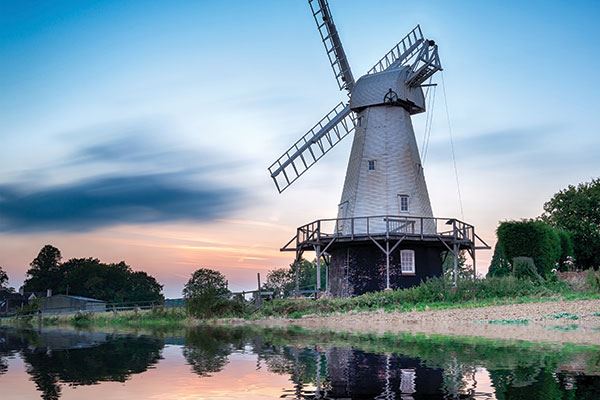 There are a number of windmills in Kent, showing the county’s rich agricultural heritage

Another iconic symbol of Kent’s history is the windmill. By 1400 there were some 10,000 windmills in England, and most were in the drier areas of Kent, East Anglia and Sussex, where wheat was widely grown. But even prior to that, the Domesday Survey of 1086 named over 300 mills in Kent.

There are still a number of windmills in Kent, which provide a great insight into the agricultural history of the area, and while many are privately owned, eight are run by Kent County Council and are open to the public, such as Drapers Mill in Margate, Union Mill in Cranbrook and West Kingsdown Mill in Sevenoaks. Whether your interest is in ancient history or tales from the more recent past there are tales of Kent’s heritage around every corner.

Getting to and around Kent