History and heritage of Leeds

Whilst Leeds is a thoroughly modern city with the gleaming new architecture to prove it, the city’s heritage is rich and proud – the grand civic buildings and spaces from earlier eras stand shoulder-to-shoulder with their 21st century counterparts.

As grand as it gets

Restored, re-invented and very much part of Leeds life, they’re also testament to the city’s historical importance and wealth. And with beautiful churches dating back to the 17th century, impressive historic houses, museums crammed with treasures from the past – and even a Cistercian monastery – there are so many ways to explore the roots of this fascinating city.

The Leeds Grand Theatre and Opera House, as it was known when it was built in 1878, underwent a major £31 million project that restored this ‘grand-dame’ of Leeds back to her former glory – and rightful place at the centre of Leeds cultural life. Home to Opera North and Northern Ballet, The Leeds Grand Theatre has long hosted world-class performances and now has a face-lifted façade on New Briggate along with audience and production facilities to match. Recognised as a premier centre of entertainment and culture in the north of England, The Grand is also highly regarded as one of the most successful provincial theatres in the country. 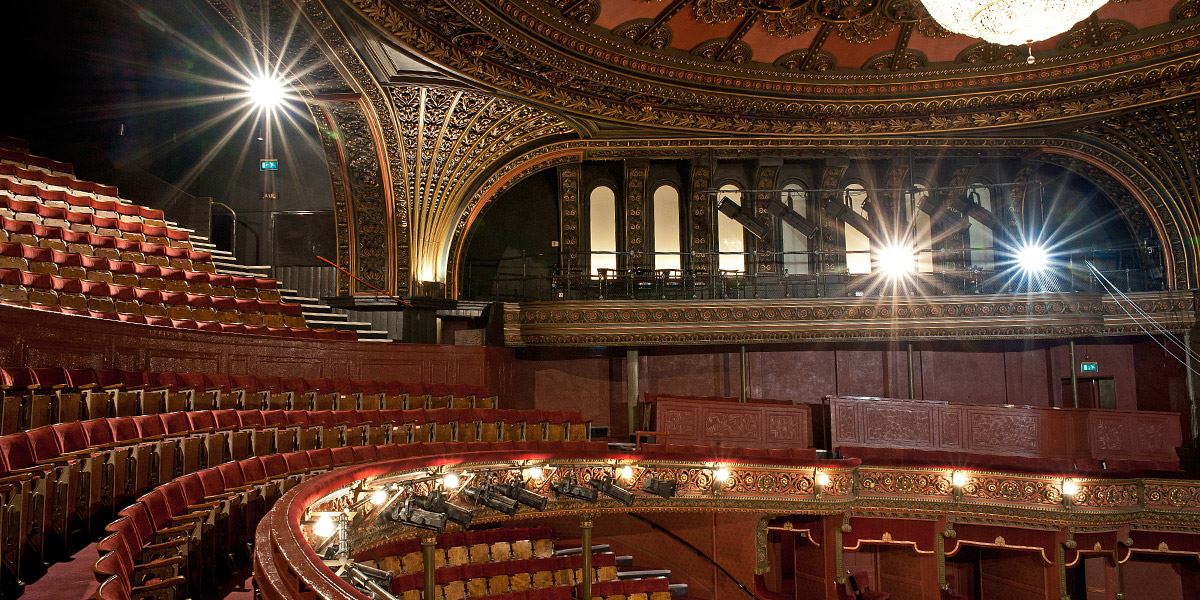 King George V, accompanied by Queen Mary, officially opened Leeds Civic Hall on Wednesday, August 23, 1933. Built at an approximate cost of £360,000 it accommodated the Lord Mayor’s Office and a number of civic departments. To build such a civic building today would cost an estimated £40-£45 million!

Close by and still within the Civic Quarter is Millennium Square, which was Leeds’ flagship project to mark the year 2000. Funded by Leeds City Council and the Millennium Commission, the £12 million project transformed the old Mandela Gardens into one of Europe’s most original and impressive civic spaces.

Dating from 1853, Leeds Town Hall is another of the city’s grand civic landmarks – and an extensive £4m refurbishment programme has restored it to its former Victorian splendour.

Way back in the early 1500s, Temple Newsam was created on a site previously given to the Knights Templars; remodelled several times, this magnificent Tudor-Jacobean mansion is one of the most celebrated historic houses in England.Just four miles out of the city centre, it is a true treasure house, boasting over 30 interiors from the 16th to the 20th centuries, resplendent with sumptuous collections of furniture, ceramics, pottery, old master paintings and silverware.

Surrounded by 900 acres of beautiful parkland laid out by Capability Brown, it’s the ideal spot for walking, picnicking – or a visit to the home farm. Special tours of the house include a range of themed tours which reveal more about the fabulous collections and the ‘Hidden Temple Newsam’ tours, exploring the cellars, underground passage linking the north and south wings and the servants passages. Advance booking is recommended.

A century and a half later, in 1676, Robert Benson – then aged one – inherited a parcel of land on Bramham Moor and a considerable fortune. In 1697, having completed his ‘grand tour of Europe’, he returned home to design and build the stunning house and gardens at Bramham Park. Located just 10 miles east of Leeds, this unique 17th-century landscape of water gardens and geometric features, likely influenced by gardens such as those at Versailles, has remained virtually unchanged and have earned it the accolade of Britain’s greatest historic formal landscape. 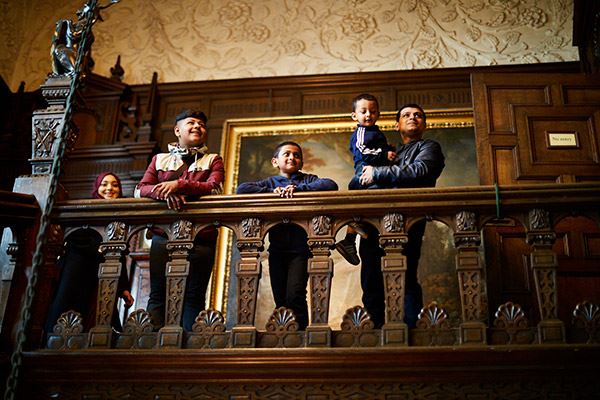 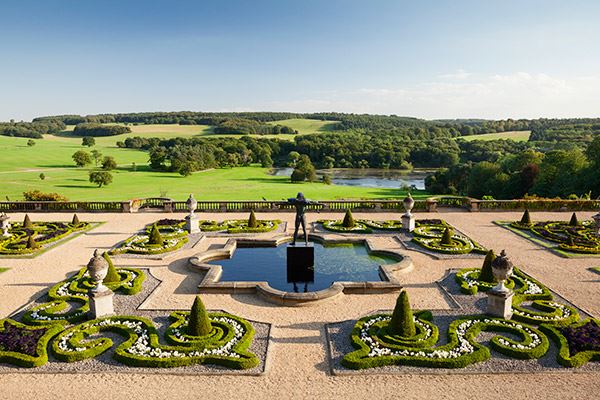 The Terrace at Harewood House

Moving on to the 18th century, the Palladian Harewood House, just four miles from Leeds, was built with money made from the West Indian sugar trade. The House has an impeccable pedigree, being the seat of the 8th Earl and Countess of Harewood, and boasts splendid State Rooms architecture by John Carr of York along with exquisite interiors and architecture by Robert Adam.

There are fine collections of furniture by Chippendale and ‘grand master’ paintings, whilst ‘Below Stairs’ you can also explore the life of the servants who made this grand house tick! Outdoors, there are 1,000 acres of parkland landscaped by Capability Brown including formal gardens and an Italianate Terrace designed by Sir Charles Barry.

Presenting a delightful cameo of Edwardian life before World War I, Lotherton is a country house museum which is home to the Gascoigne family’s paintings, furnishings and works of art, alongside magnificent additional collections of 19th- and 20th-century decorative art, costumes and Oriental art.

Palladian Harewood House, just four miles from Leeds, was built with money made from the West Indian sugar trade

Churches through the ages

Churches through the ages St John Evangelist Church on Lower Briggate is the city centre’s oldest church and is filled with Jacobean fittings and richly decorated throughout. The stained glass windows date from the 19th century and include a memorial window to the church’s founder, John Harrison. Monuments around the church commemorate the citizens of Leeds throughout the centuries and illustrate the importance of the wool industry to the city’s prosperity.

When, on 2nd September 1841, the consecration ceremony was held for the beautiful Leeds Minster (St Peter-at-Leeds), a certain Florence Nightingale was amongst the congregation. Located on Kirkgate, this Grade 1-listed church is famous for its choral and organ music as well as its beauty and history. The large Gothic revival structure incorporates numerous monuments and artefacts from earlier churches, and the Anglo-Scandinavian Cross was reconstructed from fragments found when the medieval tower was demolished. There is also a cafe and a shop selling books, cards and gifts. 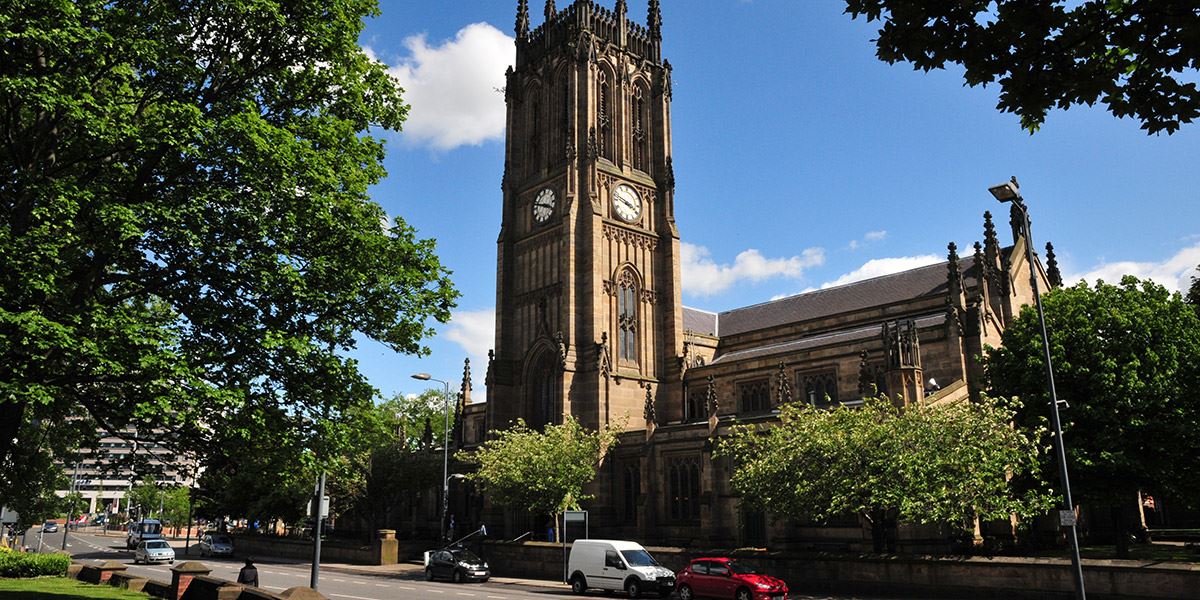 The city’s Cathedral is St Anne’s, which is one of the country’s most celebrated churches – the elegant design features spectacular external elevations, whilst an ingenious internal plan accommodates the relatively small city centre site.

Delving even further back into the city’s religious heritage, Kirkstall Abbey was founded in 1152 for a community of Cistercian monks and was where they lived, worked and prayed for over 400 years until it was closed in 1539 by Henry VIII during the Dissolution.

When, on 2nd September 1841, the consecration ceremony was held for the beautiful Leeds Minster, a certain Florence Nightingale was amongst the congregation

Three hundred years later, in 1889, Kirkstall Abbey was bought and generously donated to the then Leeds Corporation, now Leeds City Council. One of the best-preserved monasteries in the country and a beneficiary of a £5.5 million makeover, this is one of Leeds’ iconic landmarks. The visitor centre includes interactive displays, reconstructions and a wealth of information and insights into the life of the monks of Kirkstall Abbey.

Armley Mills dates back to the mid-16th century, though the building that can be seen today was built in 1805 after a huge fire destroyed its predecessor. The Mill’s history as one of the world’s largest woollen mills is brought to life in the award-winning industrial museum, where exhibits dating from the 18th and 19th centuries show the history of textiles and clothing, plus engine and locomotive manufacture in the area.

The history of cinema projections is also explored, including the first moving pictures taken in Leeds and 1920s silent movies. Steam engines and the great spinning ‘mules’ can be seen in operation during regular ‘working weekends’. 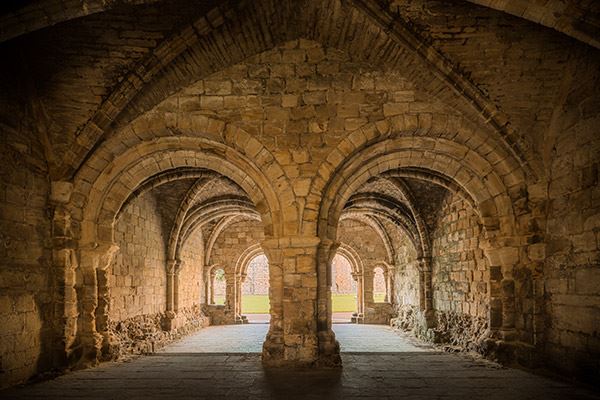 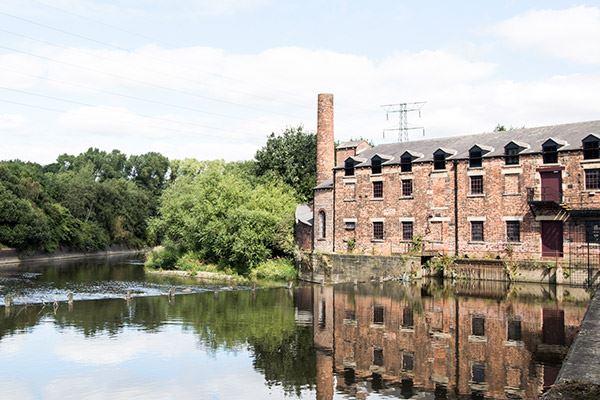 At Thwaite Watermill, sited on an island between the River Aire and the Aire & Calder Navigation, visitors can see the fully-restored, working watermill, driven by two huge water-wheels and find out what it was like to work in this huge mill complex from the 17th century to the 1970s. Although there has been a mill on the site from as early as 1641, a ‘new’ complex of buildings, including the mill, the mill owner’s house, workshop, stables, two waterwheels and machinery for crushing logwood, grinding corn and oilseed milling, were constructed in the early 1820s by the Aire & Calder Navigation Company.

Leeds’ renowned retail heritage took a big step forward when, in 1884, Michael Marks opened his Penny Bazaar in the city’s market on Kirkgate. Markets still take place here today – outside and inside the impressive Edwardian Kirkgate Market building which is famed for its ornamental dragons! And whilst prices might have gone up a bit over the last century or so, with over 800 traders selling a mind-boggling array of goods, it’s as worth a visit today as it was back in Mr Marks’ day.