History and heritage of Wiltshire

Wiltshire has a rich and fascinating history dating back thousands of years from the prehistoric majesty of Stonehenge right through to the Industrial Revolution.

Stonehenge and Avebury, together considered the finest examples of megalithic works in the whole of Europe, are evidence that people lived in this area as long ago as 3000BC. Mystery still surrounds Stonehenge and how the prehistoric people who created it transported the stones from as far away as Wales. Was it a burial ground, or a religious temple built to celebrate the solstice?

Throughout the centuries, people have farmed the land here and guarded it from intruders. The area is dotted with Iron Age hilltop forts such as Vespasian’s Camp, near Amesbury, and Barbury Castle on the Ridgeway, and the earth is etched with lynchets, or ridges, believed to be the work of early farmers. The Ridgeway itself, which stretches all the way to Goring Gap where it meets the Thames, is feted as Britain’s oldest road. 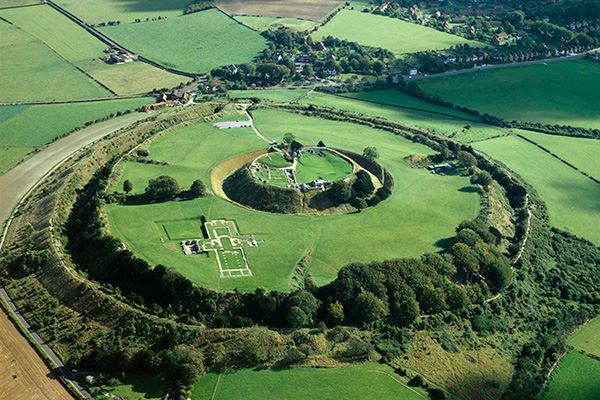 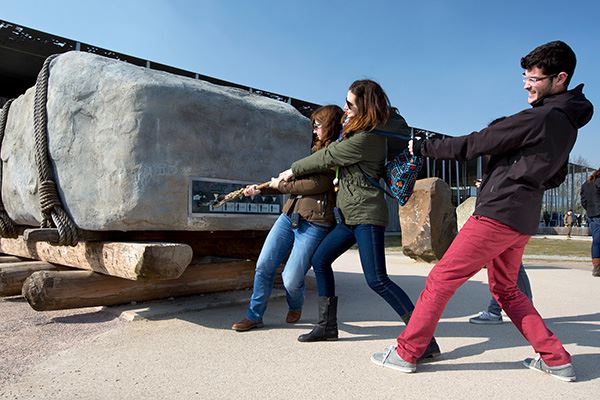 The Romans, too, left their mark with East Wansdyke earthwork, between Savernake Forest and Morgan’s Hill, designed to defend the area from invasion and control the local population. In AD 552, the county was conquered by the Saxon Cynric at Old Sarum. He remained King of Wessex until AD 560.

In the 8th century AD, the Anglo Saxons founded Wilton, which gives the county its name, at the junction of the Wylye and Nadder rivers. The people of the area became known as the Wilsaetan. Wilton remained the administrative centre of the county until the 11th century, when the Danish sacked it. It continued to decline and by the 15th century was considered merely a suburb of Salisbury.

The area is dotted with Iron Age hilltop forts such as Vespasian’s Camp, near Amesbury, and Barbury Castle on the Ridgeway, and the earth is etched with lynchets, or ridges, believed to be the work of early farmers

Agricultural advances and the industrial revolution

The Domesday Book of 1086 lists Wiltshire as an agricultural area with almost 400 mills and two vineyards. Sheep farming went on to grow in popularity and the wool trade took off, with the county exporting to Europe in the 13th and 14th centuries. By the 16th century, the area had made a name for itself with blankets from Devizes and carpets from Wilton. With the Victorians came the Industrial Revolution and a burgeoning network of canals and railways, of which Swindon became the focal point.

Until the 19th century, Swindon (Swine Dun in Old English, meaning Pig Hill) was little more than a group of farmers and regular livestock markets. The Wilts and Berks Canal Company built Swindon Wharf and began the transformation of the town from just a couple of streets up on the hill, now known as Old Town, to a burgeoning, modern settlement centred around New Swindon at the foot of the hill. The canals not only improved trade but encouraged new settlers to the town, sealing its future as a centre for business and industry. 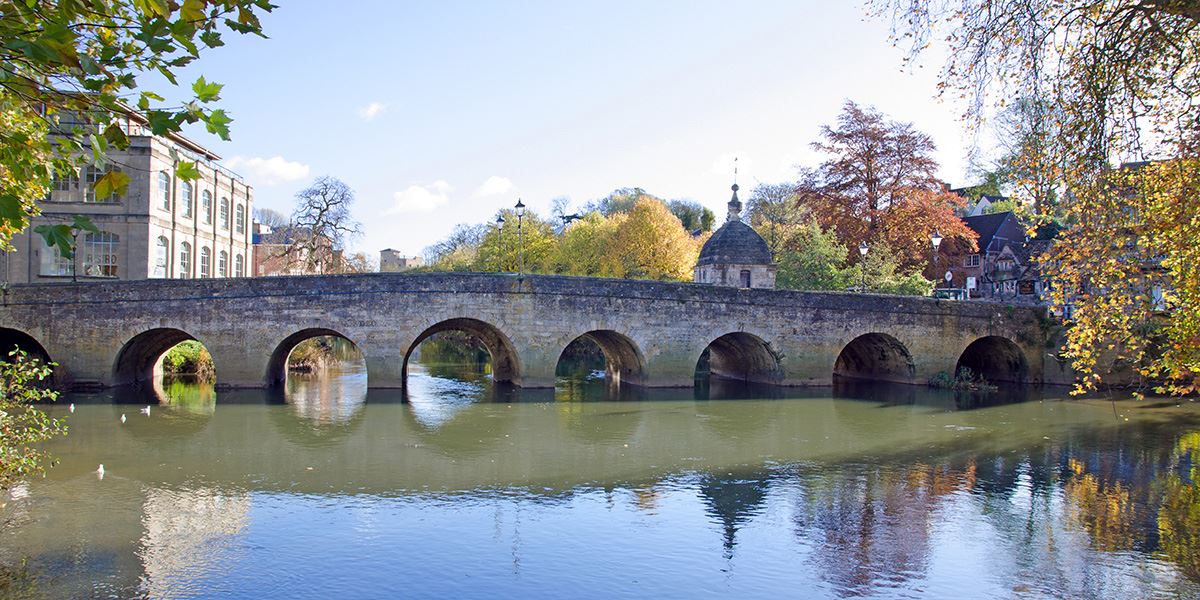 This region’s waterways played a big part in its history

In 1835, Isambard Kingdom Brunel was appointed chief engineer of a new railway line to be built between London and Bristol. Locating the Works in Swindon put the town on the map and secured it a firm place in the history books in terms of innovations in medical and educational facilities for the working classes. In the years that followed, tens of thousands of people moved to the town.

Swindon continued to prosper after World War II, with a number of council estates springing up around the town, providing homes for Londoners who wanted to move to a better life in the country. This is the modern Swindon you will see today.