Cumbria is a land of split identities. Until 1974 it comprised of Cumberland, Westmorland and part of Lancashire. Today you have the Lake District National Park surrounded by more populated settlements to the borders. So let’s split our 48 hours travelling around the county and begin outside the National Park.

Carlisle is the capital of Cumbria, and its only city. It is actually the largest city in the United Kingdom by area (the actual ‘city’ of London is relatively small), but Carlisle has extensive rural fringes and even has two major parks at its heart. It’s a great shopping centre, and it’s also well worth a visit to Carlisle Castle, the cathedral and Tullie House Museum, all together in the city’s historic quarter. 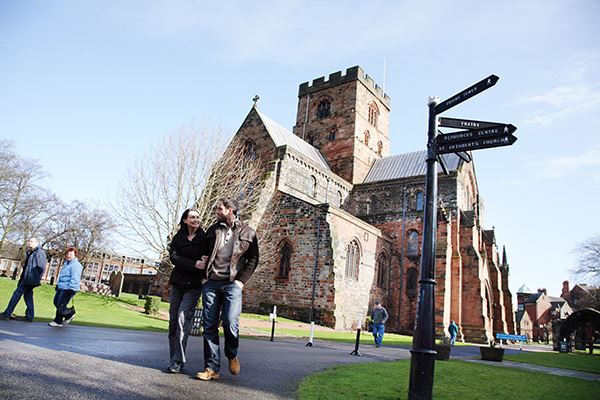 Check out the cathedral whilst in Carlisle 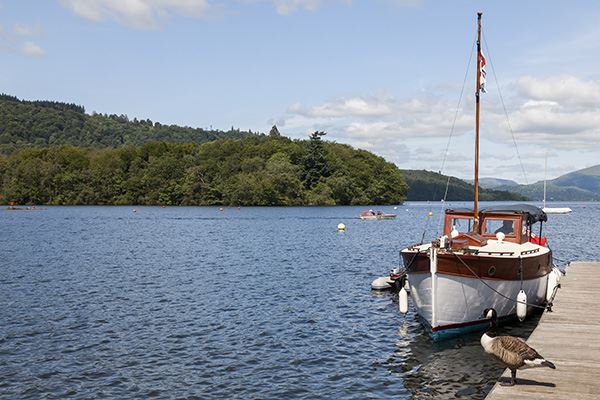 Travel down the M6 or main rail line to Penrith to find an attractive market town with many independent stores and impressive castle ruins. From here, either head into the hills to visit England’s highest market town, Alston, or continue south to Kendal, on the fringe of the National Park, just eight miles from Windermere, but with plenty to offer itself. Again, it is a fabulous shopping centre, mixing big names with some quality independents. It offers some wonderful eating places if you can coincide your visit with meal time.

An alternative first day would be to leave Carlisle and head down the coast, visiting the attractive towns of Whitehaven and Maryport and the beaches and cliffs of St Bees. Or travel along the Morecambe Bay coastline, taking in Barrow, Ulverston and Grange-over-Sands. Or stick to the northern boundary and walk the route of Hadrian’s Wall, built by the Romans nearly 2,000 years ago.

Head into the hills to visit England’s highest market town, Alston, or continue south to Kendal, on the fringe of the National Park, just eight miles from Windermere

Day two is all about the National Park. You’re spoiled for choice if you want to witness the beauty of the mountains and lakes, and walking among them will take up all of your time. If you’re on a flying visit and want to visit the charming towns and villages, be sure to spend time at, and travel the short distances between, Ambleside, Grasmere, Bowness and Windermere – the latter two have essentially joined into one settlement.

You could also travel from Bowness to Waterhead, very close to Ambleside, on a Windermere lake cruise. Browsing the many quaint independent stores and tearooms in each place might take some time, but if you are minded to see even more, Hawkshead and Coniston are beautiful Lakeland villages worth visiting, both with their own small shops and visitor attractions. 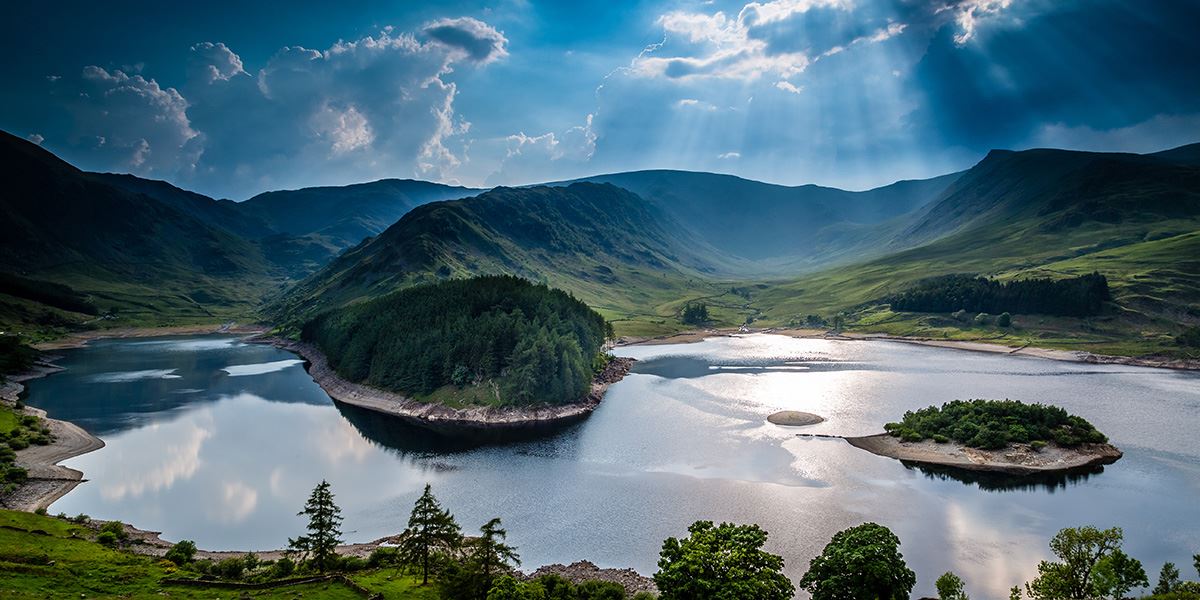 Or head up the A591 – one of the most scenic routes you will ever come across, to travel past Rydal Water, Grasmere and Thirlmere and reach the beautiful market town of Keswick, on the shores of Derwentwater. From here you can also reach Cockermouth, the birthplace of William Wordsworth.

April 2020 will see the 250th anniversary of the birth of William Wordsworth and the Wordsworth Trust has created ‘Reimagining Wordsworth’ to celebrate the poet’s life and times. There are many attractions dedicated to his life and to other Cumbrian icons, all fascinating places to visit. You can’t really do the Lake District and Cumbria justice in 48 hours – so come for a longer stay!