As Scotland’s fourth largest city, Dundee has always been regarded as an ideal base to explore the glorious area that covers the city itself, Angus to the north, and Perthshire to the west. Of course each area has more than enough to keep visitors enthralled for 48 hours, but if time is at a premium then it’s possible to get a flavour of each area.  Read on to find out the best way to spend 72 hours in Dundee, Angus and Perthshire.

Outdoor types can head to the Angus Glens one day and enjoy a day of white-water rafting in Perthshire the next. The Green Circular Route for cyclists (and ambitious walkers) takes in the periphery of Dundee and some of the Angus coastal path. Culture lovers can head for galleries in every area, from the grand McManus in Dundee to Perth Museum and Art Gallery and the Angus birthplace museum of Peter Pan creator JM Barrie. 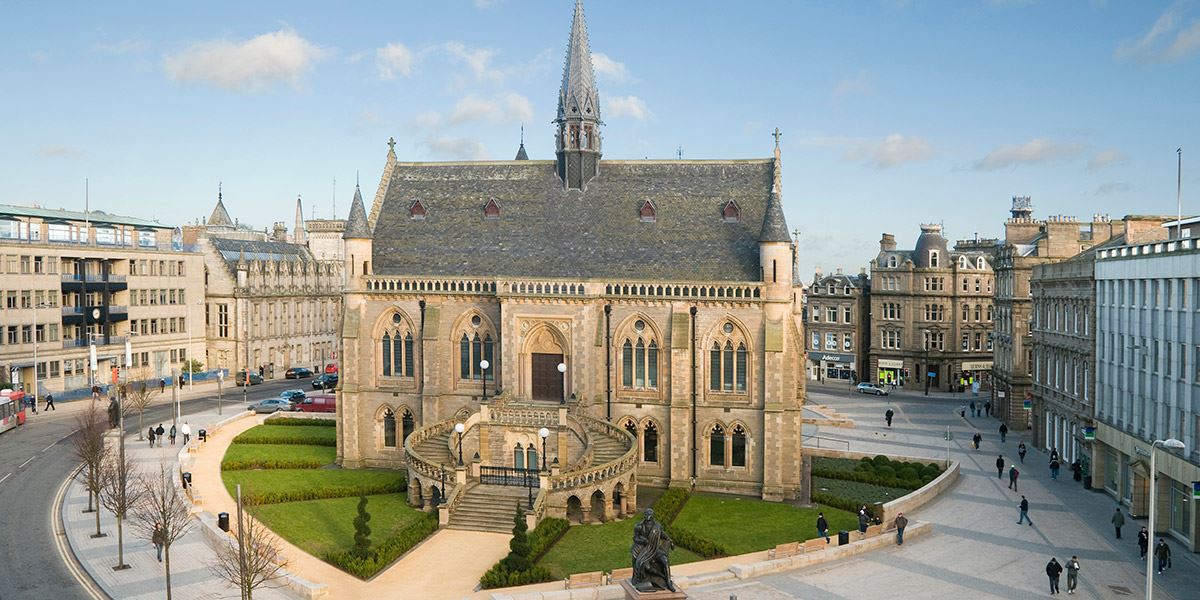 If a retail frenzy is required, then Dundee city centre can offer all of the big chains as well as independent stores in the city’s West End on Perth Road and Westport. There are also lovely small shopping streets in Broughty Ferry, on the road to Angus. Here, we’ll take Dundee as our base again, where we jump off into Perthshire on one day and Angus the next.

Arrive, check-in, and begin your exploration of this glorious area. Spend your arrival day in Dundee exploring the city. A walk around the city centre will introduce you to the impressive City Square dominated by the City Chambers and Caird Hall. There’s a familiar figure at the bottom of Reform Street guarding it – The Dandy’s Desperate Dan in the form of an eight-foot high bronze sculpture, complete with his Dawg and being menaced by Minnie the Minx from The Beano. At the top of Reform Street is The McManus: Dundee Art Gallery & Museum, a stunning Gothic Revival-style building from 1867, which houses the city’s most important collections. Outside is another bronze, this time of Oor Wullie, another of the city’s famous comic creations.

Publishing is just one aspect of the city’s heritage. Buy a joint ticket for two of Dundee’s award-winning heritage museums. On Riverside, find out more about its rich maritime past at Discovery Point and onboard the RRS Discovery, the ship that took Scott and Shackleton to the Antarctic. 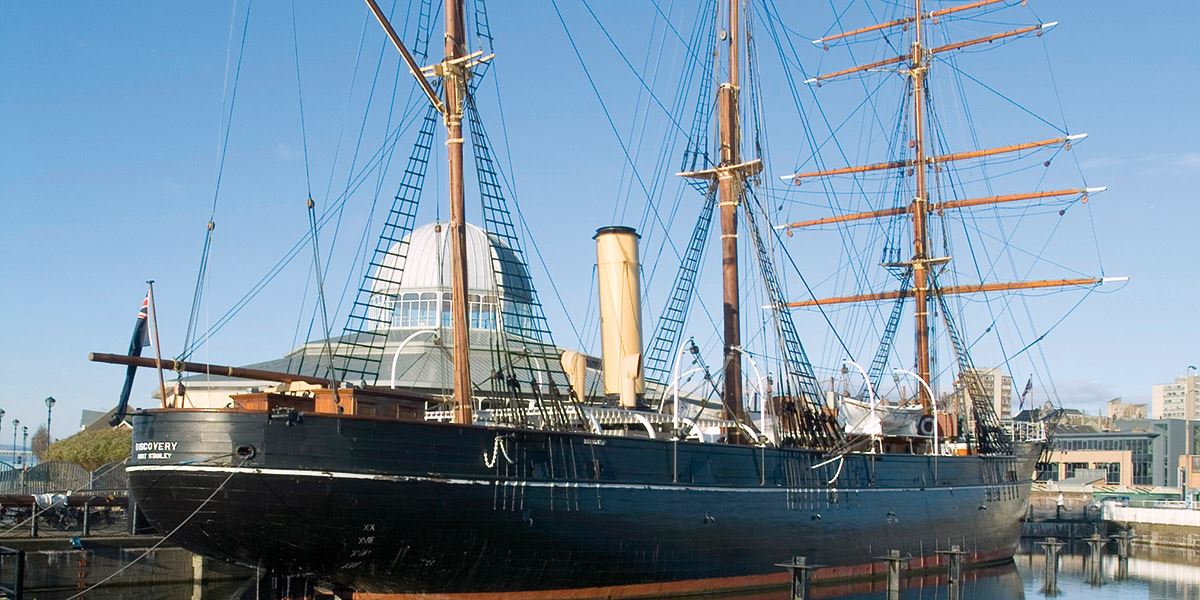 If you’re getting hungry, or simply thirsty, head to the Cultural Quarter around the Rep Theatre. The Westport, Nethergate, and Perth Road might prove something of a retail distraction first, however. Even the Dundee Contemporary Arts centre has an incredible designer gift shop.

If it’s just an aperitif for the moment, then The Beer Kitchen by Innis and Gunn on South Tay Street is the choice of great beer lovers or head north on that street to Avery & Co for a local cocktail, the Dundee Marmalade Mojito! If there’s a vegan among you, then stay at Avery to eat – it has an extensive dedicated vegan menu.

Evening can be spent in a quiet restaurant, from pasta at Italian Grill to curry cuisine at the Dil’se to contemporary Scottish fine dining at Castlehill. Take in a show at the Rep Theatre or enjoy some live music at a city centre venue like Duke’s Corner.

At the top of Reform Street is The McManus: Dundee Art Gallery & Museum, a stunning Gothic Revival-style building from 1867, which houses the city’s most important collections

Start the day with a hearty Scottish breakfast. Try some white pudding or haggis (there’s a vegetarian option for the squeamish!) with your fry-up or just opt for porridge and toast with local jam or marmalade. Head to Perth by train or hire a car to explore the nooks and crannies of Perthshire. Perth is Scotland’s newest designated city (although it has always been known as the Fair City) and the range of upmarket shops and pretty shopping streets reflects its position as the hear of this rather affluent part of Scotland.

Just outside Perth is Scone Palace, the place where Scottish kings have been crowned and set in the most spectacular gardens. Take the half an hour drive to beautiful Dunkeld. Explore The Hermitage, recognised as one of the most picturesque woodland walks in Scotland. Then into the town of Dunkeld itself and its quaint streets, galleries, shops, and choice of cafes for a light lunch. 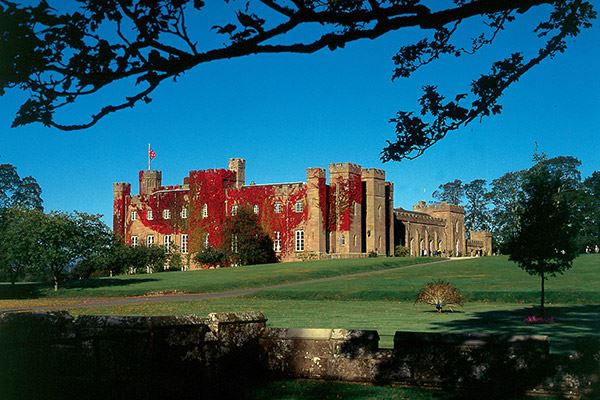 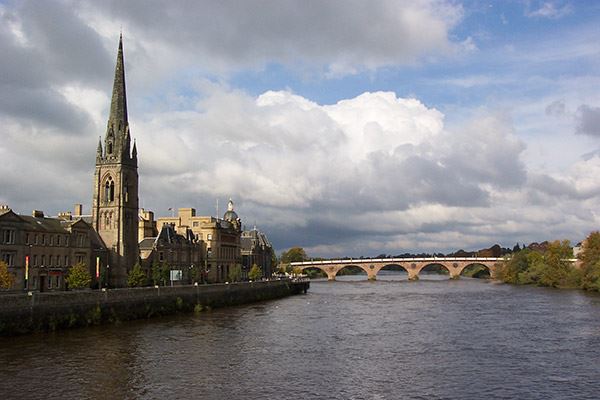 In the afternoon, drive further into Highland Perthshire and choose between culture, with a matinee at Pitlochry Festival Theatre, or history at the Killiecrankie Visitor Centre, which commemorates the Battle of Killiecrankie, which took place during the first Jacobite uprising. There are stunning riverside walks and a chance to see Soldier’s Leap, where a young Jacobite is said to have jumped 18ft across the River Garry to escape the English forces.

On the drive back towards Perth, stop off at the pretty county town of Blairgowrie, the centre of the soft-fruit growing industry and, if there is time and a desire to stretch the legs even further, park at the Den of Alyth and enjoy a late afternoon woodland walk. With a fully charged appetite, have some great pub grub at the Losset Inn in Alyth, or head back to Perth for a great choice of restaurants such as The Bothy, 63 Tay Street, and Deans @Let’s Eat. They also do superb pre-theatre menus if there’s something that takes your fancy playing at the impressive Perth Concert Hall. It’s just 30 minutes’ maximum back to Dundee so make the most of your day in Perthshire.

There are stunning riverside walks and a chance to see Soldier’s Leap, where a young Jacobite is said to have jumped 18ft across the River Garry to escape the English forces

For a great start to the day, time head out to Dundee’s seaside suburb of Broughty Ferry. Drop into Jessie’s Kitchen for one of their famous breakfasts – as healthy or indulgent as you like it. It’s the ideal spot for a Sunday morning wander around this former fishing village and it’s also on the way to today’s destination of Angus. Golfers with time to spare will be happy to stop at Carnoustie, with its world-famous links. If there’s not 18 holes of time spare on this trip, it will be on the list for the next visit. This is a pretty residential town with independent shops and cafes and access to quiet beaches. 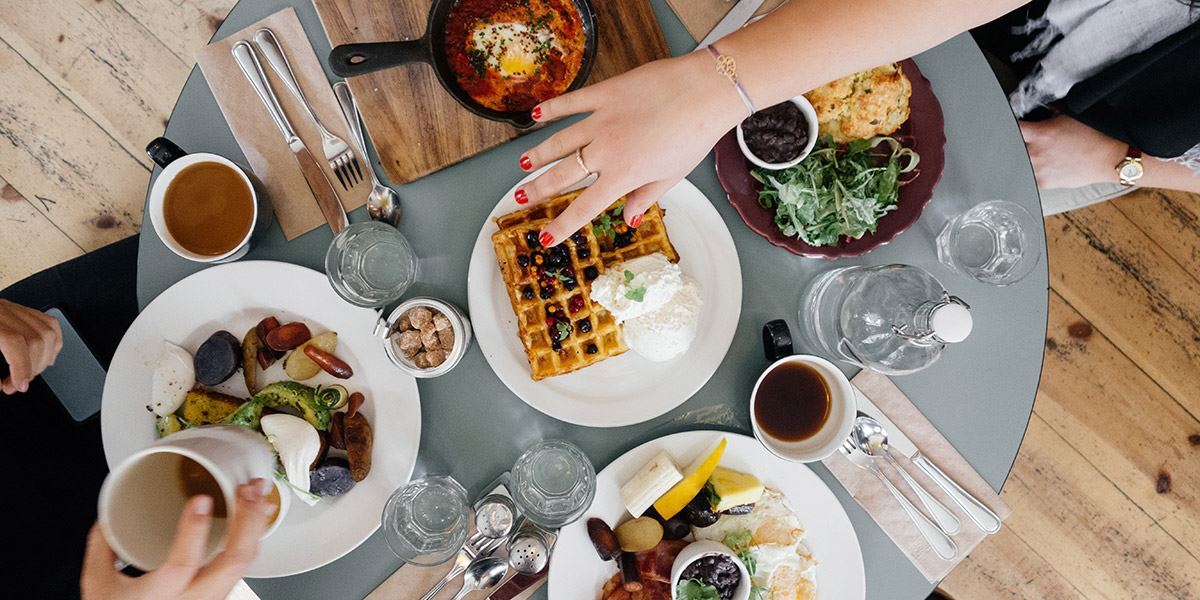 Explore the Angus Coastal Path for the first part of the day, stopping first at the largest town in Angus, the port of Arbroath. With its historic harbour and redbrick streets, it gives a flavour of what life was like when this was a simple fishing village. Pick up some of the famous Arbroath Smokies as part of a picnic lunch on the way to Lunan Bay, just south of Montrose. The crescent-shaped beach with its caves and woodland is the place to wander, fly a kite, surf, or just enjoy that picnic.

After lunch head inland through the green and expansive countryside. Visit the fairytale Glamis Castle for much more than its grand rooms and paintings. Apart from its strong connections with the current royal family as the childhood home of the late Queen Mother, it has fascinating tales of ghosts and intrigue. It’s also a place for keen photographers with its grand drive and turrets. 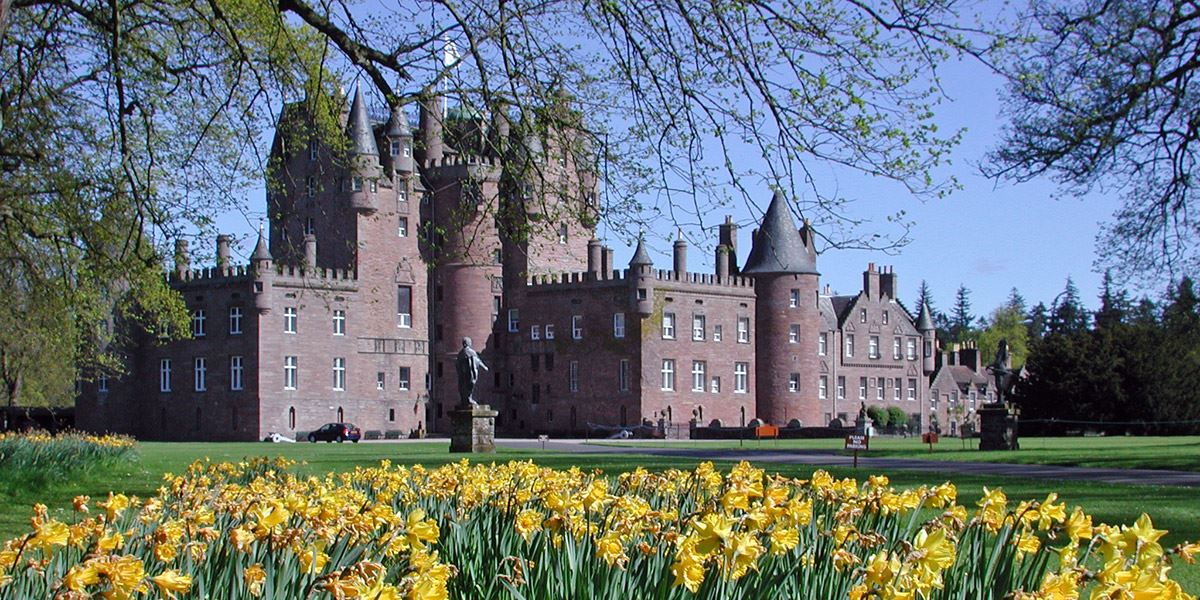 Only minutes’ away is Kirriemuir, with its famous JM Barrie connections, but arrive by car from the south and the first statue you’ll see is not that of the boy who never grew up, but a new bronze of Bon Scott, the first frontman of rock group AC/DC, who was born here. The “wee red toun” itself is a series of charming wynds and pends and has lovely galleries and coffee shops, as well as access to Kirrie Hill, with the cricket pavilion that Barrie gifted to the town alongside the Camera Obscura that still takes up the top floor. Barrie is also buried in the cemetery, a few minutes from the pavilion.

Make the most of your day in Angus by heading across to Forfar for dinner. Forfar Loch is a beautiful walk at any time of year, then stroll into the compact town centre for dinner at a range of eateries from traditional British at The Castle Club a touch of the East at Sultan with traditional grilled meats, salads and flatbreads.

From there, it’s a 15 to 20-minute journey back to Dundee. The designated driver can enjoy a late-night beverage at a range of beautiful traditional bars on the Perth Road, from the Speedwell Bar to the Taybridge Bar to The Phoenix. Raise a glass of local beer from anywhere across Dundee, Angus, or Perthshire to celebrate this glorious part of Scotland.