As weekend breaks go, Edinburgh is pretty hard to beat. Stately yet seriously fun, its centre is small but perfectly formed, which makes a city break in Edinburgh a wonderful escape.

An open-top bus tour of the city is a great way to orientate yourself and work out exactly what is where. Tours follow a circuit through the medieval Old Town and the 18th-century Georgian New Town so you can always get back to where you started. The top of the Royal Mile is a great starting place to explore on foot.

Edinburgh Castle is Scotland’s number one attraction and definitely worth a visit. As well as the obvious visits to see Scotland’s Crown Jewels and the Stone of Destiny, it’s worth trying to locate the Dogs’ Cemetery in memory of man’s and soldier’s best friends.

Arguably the best view of Edinburgh is from the Castle ramparts as nothing in the city can be built higher. Crossing the Castle Esplanade, scene of the annual Edinburgh Military Tattoo, you will find The Spirit of the Tattoo, a free visitor centre which gives some of the history and flavour of the magic of the Tattoo.

Take a selfie at Edinburgh Castle 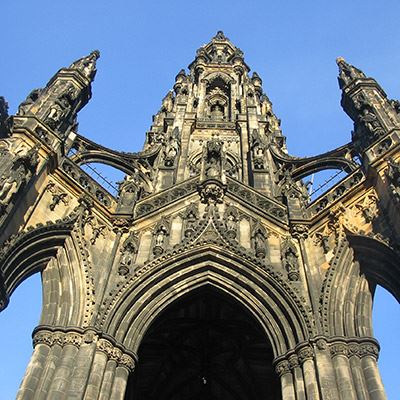 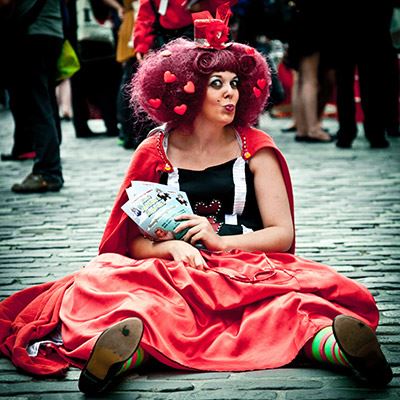 Street performer on the Royal Mile

Another Scottish flavour is honoured at the Scotch Whisky Experience with a dram at the end of the tour and Scottish restaurant, Amber, in its basement for a spot of lunch.

With batteries recharged you can either continue down the Royal Mile with its museums and visitor centres on everything from weaving to childhood toys or jump back on board a tour bus to take you down to the Palace of Holyroodhouse and the Scottish Parliament or over to Princes Street with its shops and galleries.

In the evening, combine a tour of pubs with a love of literature on the Scottish Literary Pub Tour before dinner in one of the intimate restaurants and bistros of the Old Town.

Edinburgh is surrounded by hills which give great outlooks as well as good exercise. If an extinct volcano in Holyrood Park is too much for you, try the more manageable Calton Hill off Princes Street. This is the site of what should have been Scotland’s National Monument but the city ran out of money so the columns are all that was completed, earning them the title “Edinburgh’s Disgrace”. Nelson’s Monument, in the shape of a telescope, is worth the climb to the top. A ball at the top of its mast drops simultaneously with the firing of the One O’Clock Gun from the castle. 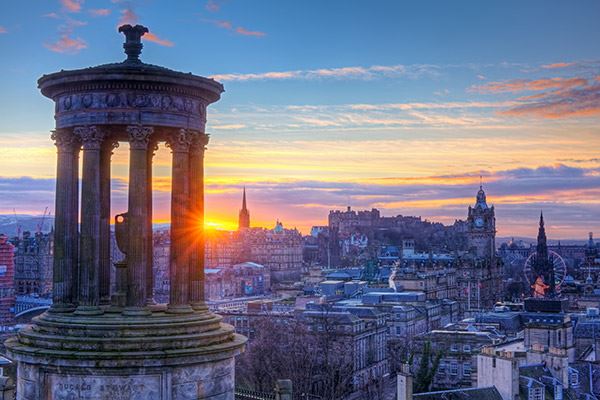 View of the city from Calton Hill 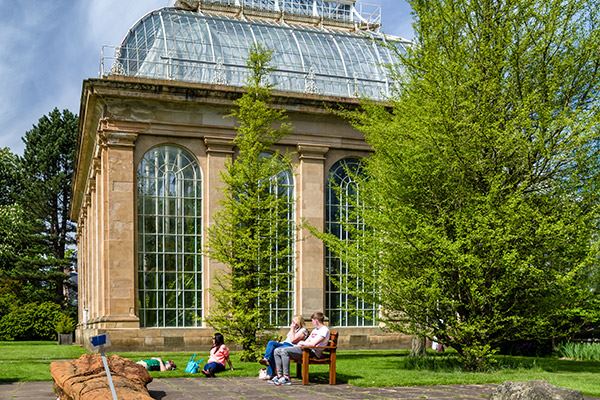 Keep the natural theme for the afternoon with a tour of the Royal Botanic Garden with its Glass Houses, exhibitions and world of colourful plants and shrubs. Established in 1670 as a physic garden near the Palace of Holyroodhouse, this year it celebrates its 350th anniversary. It’s where Edinburgh people go for moments of quiet reflection and a reviving cup of tea.

In the evening, try one of the traditional pubs in Leith with their menu of freshly-caught fish dishes as you look over the Water of Leith.