Everyone loves a break from the everyday, and Herefordshire provides the perfect antidote to the stresses of modern life.

Here, the pace is less frenetic and the stunning countryside itself invites an instant deceleration as you meander through it. But if time is limited a little planning is essential if you want to fit in the highlights of a county with many hidden treasures.

Start with the building that dominates the city skyline, the cathedral. Dating to 1079, its most famous treasure is the Mappa Mundi, which depicts how 13th-century scholars saw the world both spiritually and geographically. Here, too, you’ll find the Chained Library where the oldest chained book, The Hereford Gospels, dates back to the 8th century.

More recent but just as unmissable are Tom Denny’s four stained glass windows dedicated to Thomas Traherne, installed in 2007, and the stunning SAS memorial window, Ascension, designed by John Maine. A narrow road running beside the cathedral towards the river is reputedly the birthplace of Nell Gwynne, actress, orange seller and mistress of King Charles II. 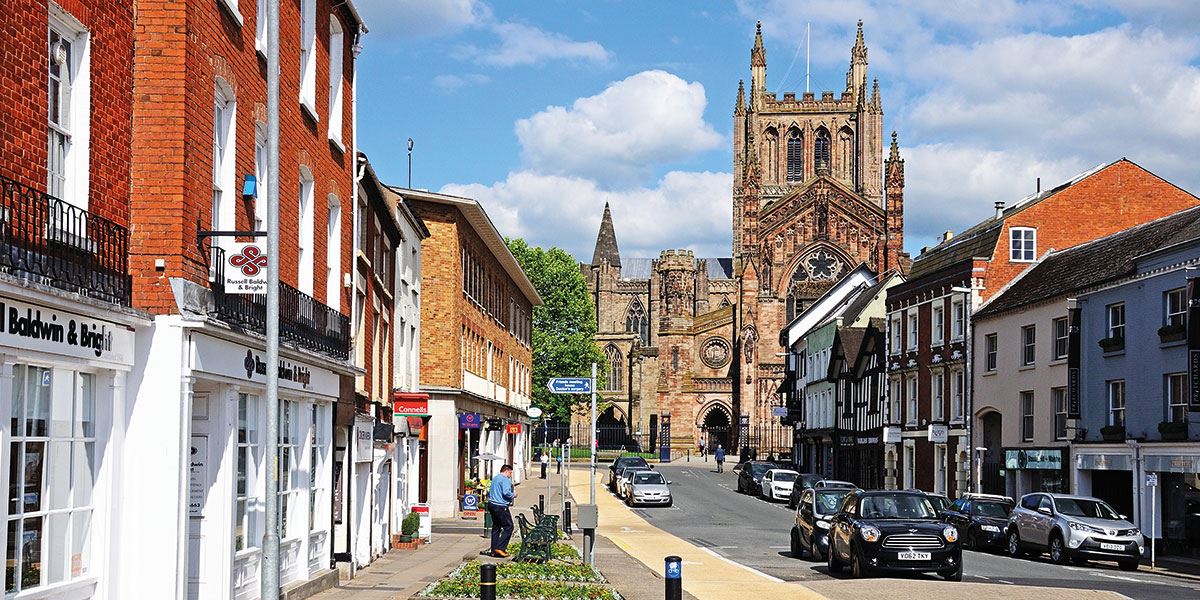 Walk back into the city centre through historic Church Street – Edward Elgar was a frequent visitor to No 20 – stopping off at Rocket Kitchen for a mid-morning coffee – and emerge into High Town, where, if you look to your right you’ll see the incongruous sight of The Old House, a 17th-century timbered building that’s now The Black and White House Museum. Pop in for an insight into daily life in Jacobean times before taking the weight off with lunch at The Little Black Dog Cafe in St Owen’s Street.

From here, you can switch to a bit of very 21st-century retail therapy or head across the city to The Cider Museum for a taste of the history of the drink that’s become synonymous with the county. Then retrace your steps and end your sightseeing with afternoon tea at the very elegant Castle House Hotel.

Dating to 1079, the cathedral’s most famous treasure is the Mappa Mundi, which depicts how 13th-century scholars saw the world both spiritually and geographically

Herefordshire unfolds before the visitor in an endless vista of rolling green fields and unspoiled wooded hillsides, with one of the UK’s most beautiful rivers running through it, so why not book a canoe and spend the morning exploring this glorious landscape from the water? Pick up your canoe at Herefordshire Canoe Hire at Lucksall in Fownhope and paddle your way to Hoarwithy – stop for lunch at the New Harp Inn before heading on down to Ross-on-Wye. 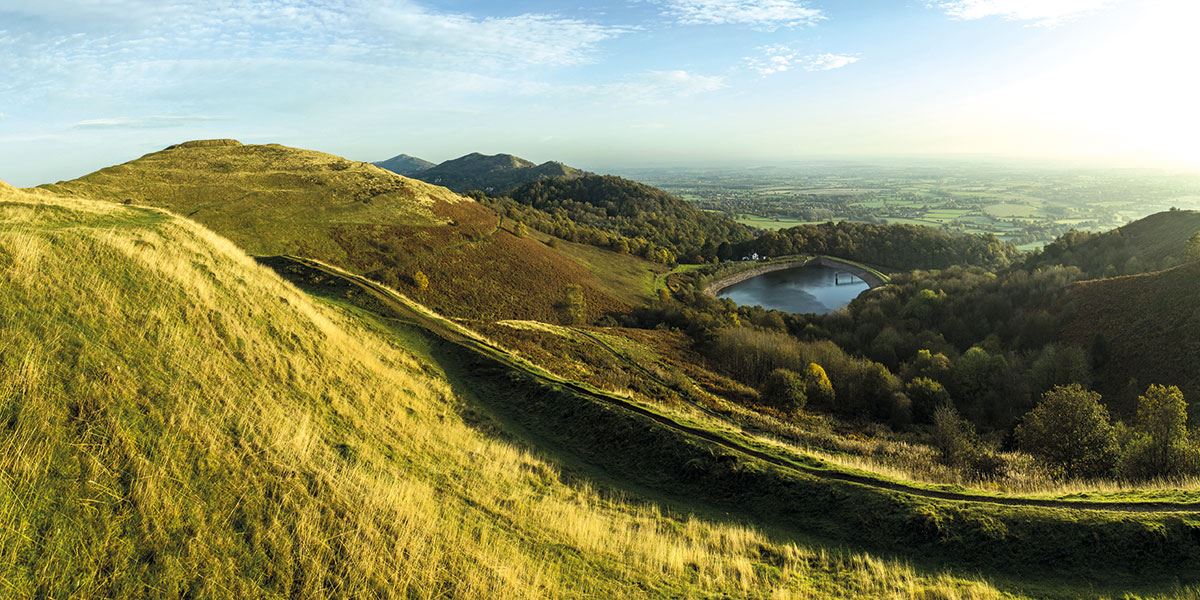 Then, having seen Herefordshire from the water, why not enjoy it on foot and head for a spot which will reveal the county in all its glories? A walk up Garway Hill rewards you with breathtaking views in every direction, not just of Herefordshire, but beyond to May Hill in Gloucestershire, to Hay Bluff and to the west, you’ll see The Sugar Loaf and Skirrid mountains in the foothills of the Black Mountains.

Close to the top of the hill is Black Pool, which, though it has no obvious water source, never runs dry, and then, on the very top, are the remains of a Second World War radio tracking station, erected in 1942 by order of the RAF and offering shelter to walkers if it gets a bit blowy!