So, you’ve arrived in Liverpool and you have just 48 hours to experience everything the city has to offer. It’s not long but it’s better than nothing. And when you consider that Visit Britain describes Liverpool as making for ‘an unforgettable city break’ it’s clear that 48 hours is time enough to sample everything the city as to offer. Here goes…

A great way to start is to head down to Liverpool’s World Heritage waterfront. Take a stroll around the Three Graces – the Royal Liver Building, the Port of Liverpool building and the Cunard Building, all constructed as visible symbols of Liverpool’s international standing and prestige. Find out more at the Museum of Liverpool, which charts the development of the city you see today, from its beginnings as a village on the banks of the ‘Lyver Pool’.

To get a different, though nonetheless equally stunning take on Liverpool’s skyline, take a trip on a Ferry ‘cross the Mersey’. Seeing the world-class skyline from the water is an experience you’ll never forget. 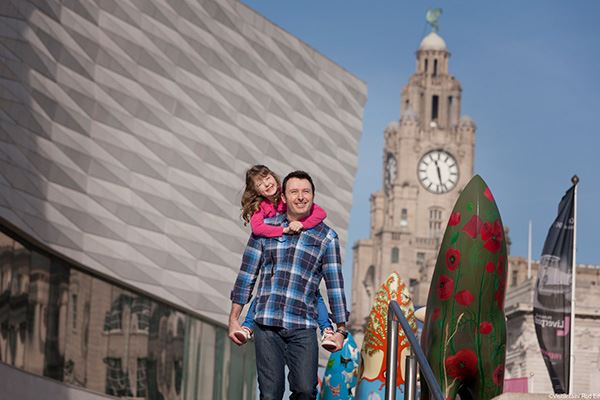 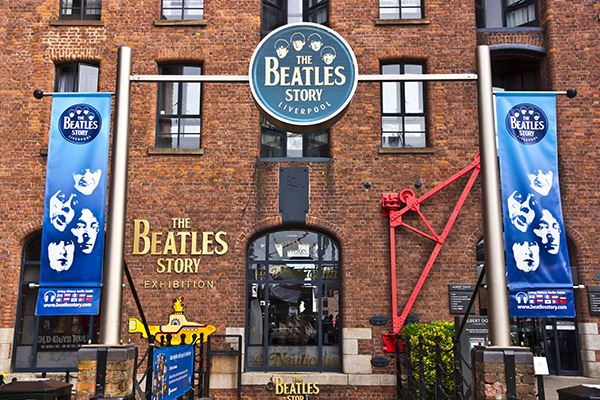 Back on dry land, take a leisurely wander around the Albert Dock, where there are lots of places to eat, drink and pick up a souvenir. The restored 19th-century dock is home to several world-class museums and galleries including the Tate Liverpool, which houses a fine collection of British and international modern and contemporary art, as well as the Merseyside Maritime Museum, an International Slavery Museum and the award-winning Beatles Story, the world’s largest permanent exhibition purely devoted to the life and times of The Beatles.

Stroll along towards the M&S Bank Arena Liverpool, and, if you have a head for heights, the Wheel of Liverpool. For the perfect end to a perfect day go out for dinner and drinks. Every taste is catered for and every preference, from fine dining to street food, cask ales to champagne and cocktails.

Back on dry land, take a leisurely wander around the Albert Dock, where there are lots of places to eat, drink and pick up a souvenir

Take a stroll along Bold Street and enjoy breakfast in a quirky cafe, Leaf for example. Coffee lovers won’t be disappointed with two coffee shops Bold Street Coffee and Root Coffee recently voted in the top 50 coffee shops in the country.

Head up Hardman Street to Hope Street where you’ll find two stunning cathedrals situated at either end of the street. At one end is the Liverpool Anglican Cathedral, described by writer and poet Sir John Betjeman as ‘one of the great buildings of the world’, it took 74 years to build from the foundation stone being laid in 1904. Check out the tower which boasts spectacular views across the city.

At the opposite end is the Metropolitan Cathedral of Christ the King, known affectionately as ‘Paddy’s Wigwam’. It was opened in 1967 and features modern works of art, a crypt and glorious multi-coloured windows. Head back towards the city centre for St George’s Hall, one of the finest neoclassical Grade-1 buildings in the world. It was strategically positioned opposite Lime Street train station to be the first thing that travellers to Liverpool would see. 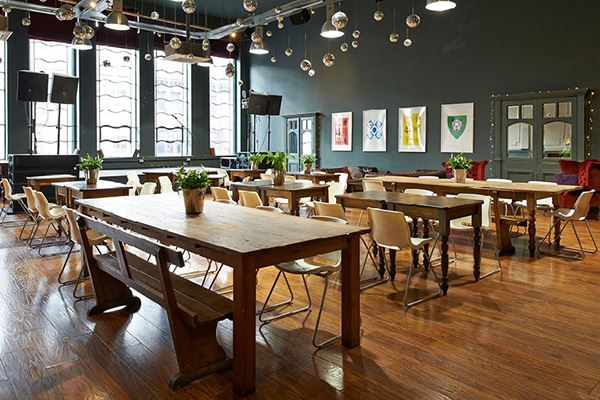 Get breakfast at Leaf 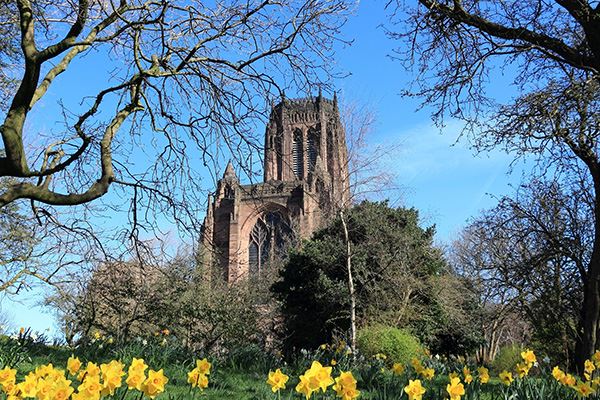 Nearby is the Walker Art Gallery and Liverpool’s historic Central Library which has undergone a £50m refurbishment programme. For those who prefer organised tours, there are plenty of bus and walking tours including The Magical Mystery Tour, a two-hour exploration of Beatles Liverpool.

If time is on your side, head to the Baltic Triangle, the creative and digital quarter of Liverpool. The area is buzzing with quirky markets, great restaurants, rooftop cocktail bars and bars featuring live music. This gives you a flavour of what Liverpool is all about and just how much it has to offer. Hopefully it will have whetted your appetite for more and you’ll return in the future.