With the Surrey Hills right on the doorstep, providing miles of spectacular countryside, enjoying the great outdoors couldn’t be easier. From flat, wide, green open spaces perfect for runners to steep hills for cyclists after a challenge and rivers for those who like to take to the water, Surrey provides plenty of sporting opportunities for all ages and abilities.

If you prefer to exercise under cover or need something active to keep the children occupied on a cold or wet and rainy day, there are plenty of indoor activities on offer, too. However, perhaps the greatest attraction of this county is its natural landscape and no visit here would be complete without taking in some of its fabulous beauty spots.

Designated an Area of Outstanding Natural Beauty (AONB) in 1958 and covering one quarter of the county, the Surrey Hills provides plenty of opportunities for walking, climbing, cycling and riding. The North Downs Way National Trail, which passes through the Surrey Hills AONB, offers walkers 153 miles of breathtaking scenery, picturesque villages and glorious countryside. 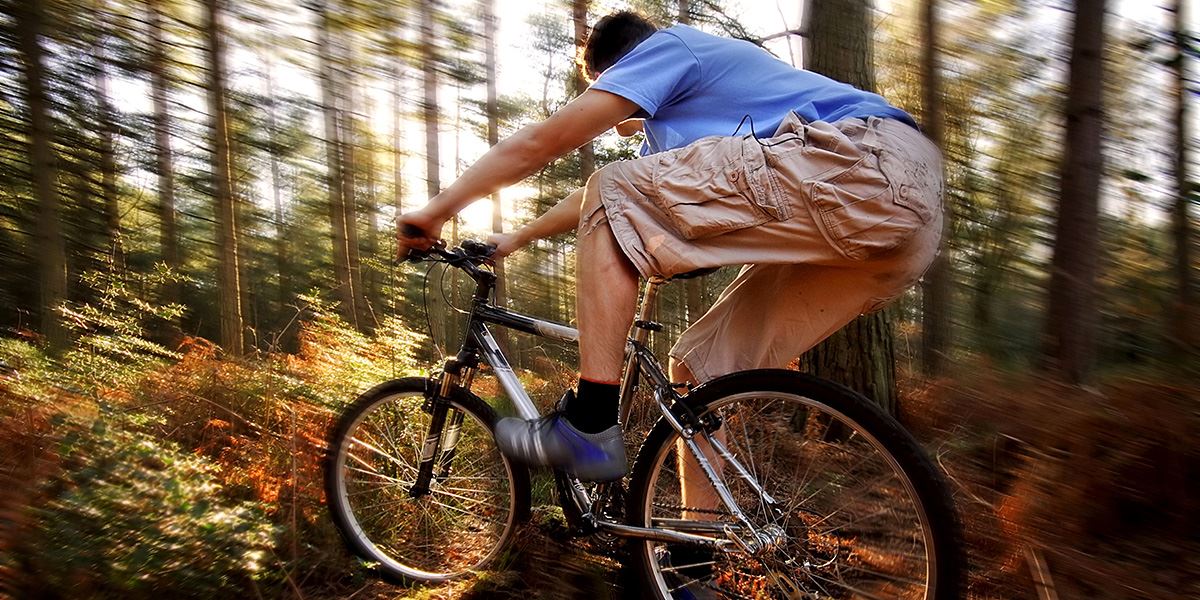 Surrey offers a wealth of bike trails, on and off road

It’s popular with Nordic walkers, a pursuit, which uses poles so upper body muscles are used as well as the legs. Originally developed in Finland as an exercise for cross-country skiers during the summer season, Nordic walking has become increasingly popular in recent years. Now eight million people Nordic walk on a daily basis and there are a number of groups in Surrey, which organise taster sessions taking in the countryside.

The Surrey Hills AONB is also home to Box Hill, which was really put on the map after the circuit formed part of the road race cycling event at the 2012 London Olympics but has been popular with cyclists since the 1880s! The Zig Zag Road, which has been likened to Alpe d’Huez in the French Alps, climbs 120m over 1.6 miles from the Mole Gap to the National Trust visitor centre at the summit, was the most testing section of the Olympic road race.

Designated an Area of Outstanding Natural Beauty in 1958 and covering one quarter of the county, the Surrey Hills provides plenty of opportunities for walking, climbing, cycling and riding

Staying with country pursuits, shooting is a rich part of Surrey’s heritage. The village of Bisley, near Woking, is home to the National Shooting Centre – the largest shooting ground in the country and has been the headquarters of the National Rifle Association of the United Kingdom since the 1890s. It offers safe, target, clay pigeon shooting for all ages and abilities.

With more than 100 golf courses, Surrey is a golfer’s dream destination; in fact more land here is devoted to golf than housing! It also has more golf courses in the Top 100 than any other county. There are championship venues at Wentworth, Walton Heath and Sunningdale, beautiful members’ clubs at Hankley Common, St George’s Hill and Woking and popular pay and play at Addington Court, Hoebridge and Silvermere.

Surrey is also famous for its waterways, which provide copious opportunities for watersports. If you are licensed, navigate your way along the River Wey in a kayak using what is Britain’s oldest water navigation system or head to Mercers Country Park, in Nutfield, where you can try a range of watersports including windsurfing, dingy sailing and canoeing. 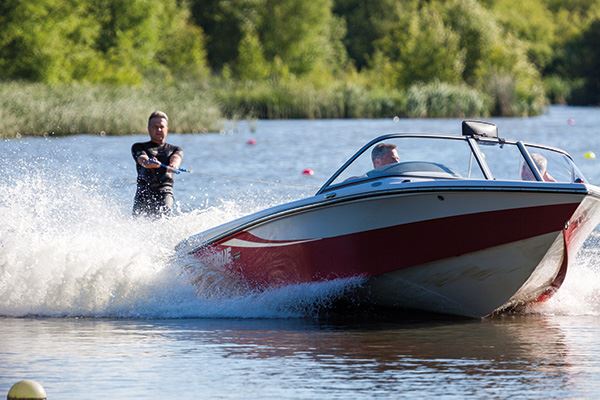 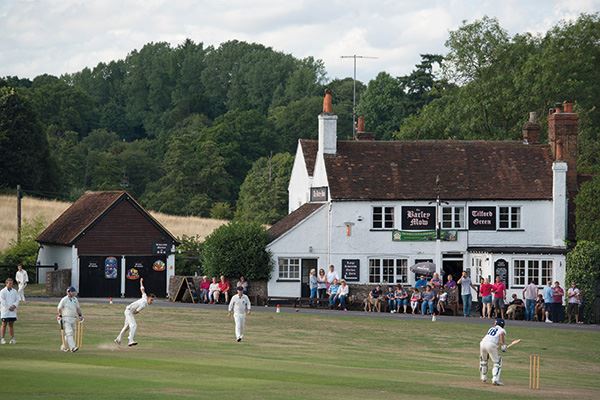 Catch a cricket match (and a pint!) at Tilford Cricket Club in Tilford, near Farnham

Excellent sailing can also be found at Frensham Ponds, near Farnham, where you can get the feel of being at the coast right in the heart of Surrey thanks to the sandy beach, which has been created on one of the man-made lakes. The secluded Little Pond is owned and managed by the National Trust, while the Great Pond attracts bathers and watersports enthusiasts, and is also home to a hotel.

If the weather is hot and you want to cool off while at the same time enjoying the sunshine then you can always go for a dip in one of Surrey’s outdoors swimming pools. Opened in June 1933, Guildford Lido, unlike many outdoor pools around the country that have either been permanently shut down or had periods when they have been closed, has remained continuously in use ever since. Welcoming more than 60,000 visitors a year, it is perfect for anyone who wants to swim outdoors in a landlocked county.

Excellent sailing can also be found at Frensham Ponds, near Farnham, where you can get the feel of being at the coast right in the heart of Surrey thanks to the sandy beach

Guildford is also home to two super leisure centres providing indoor fun for the whole family when the weather isn’t at its best. The Guildford Spectrum leisure complex not only has four indoor swimming pools complete with waterslides and inflatables, a gym, squash and tennis courts and a ten-pin bowling alley but it also has an ice rink, which is home to the Guildford Flames ice hockey team and is a favoured training rink for contestants of Dancing on Ice.

On the opposite side of town you will find Surrey Sports Park, a multi-million pound, state-of-the-art centre owned by the University of Surrey, which opened to much acclaim in 2010. The Park hosted 16 Olympic and Paralympic teams for pre-games training including GB Basketball, Singapore, US Triathlon and Chinese Synchronised Swimming. It is also the permanent training base of Harlequins Rugby Club, netball Superleague team Surrey Storm, British Basketball League Club Surrey Scorchers and swimming club Guildford City. 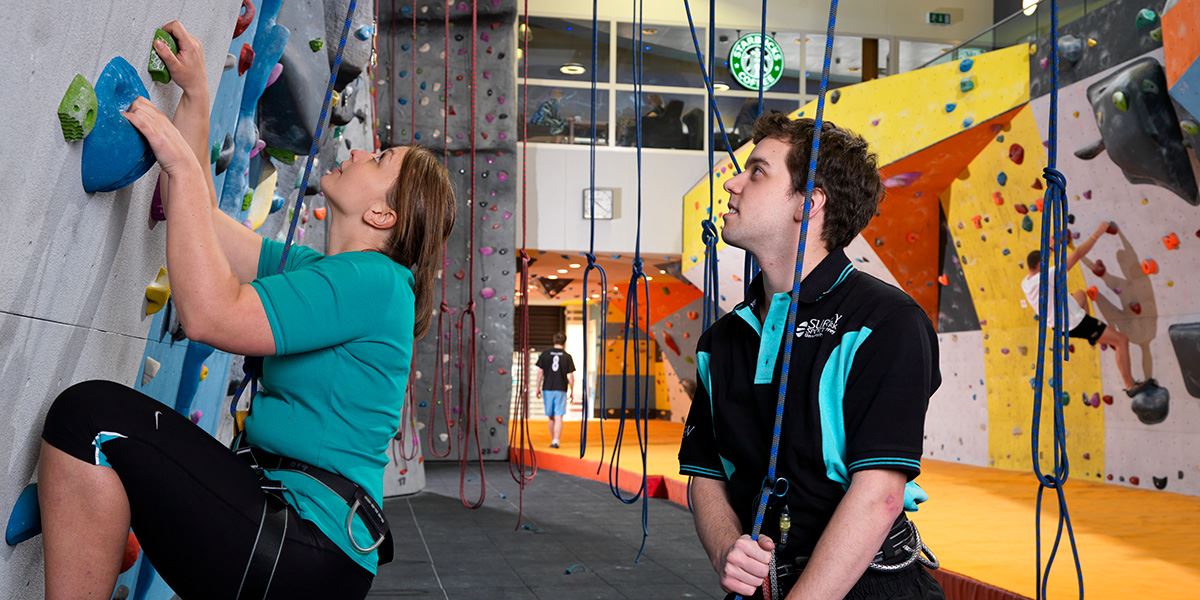 As well as all the usual sports activities you would expect to find at a leisure centre, there are also more unusual pursuits on offer here including a dedicated rock climbing centre and Hotpod yoga. As you can see, Surrey has no shortage of both indoor and outdoor activities for all ages and abilities to enjoy.

The trick is to be prepared for everything the weather may throw at you and to do a little advance research to check that the activities you are planning are suitable for those travelling in your party. If you need some help then check out the Active Surrey website, which has information on all sorts of sporting activities across the county, as well as what’s new on the agenda.