Top 10 things to do in Edinburgh!

Because of Edinburgh’s compact nature, it’s easy to get to, from and around the different areas of the city on foot, making it possible to see many of the sights in a reasonably short time frame. That’s particularly handy given that there is so much to see and do here…

Part ritual, part performative art, Beltane is a modern take on an ancient Gaelic festival that celebrated the beginning of summer. Featuring music, dance and acrobatics from more than 300 performers, it fuses myth, tradition and theatricality into one elaborate ceremony of riotous, colourful abandon that draws thousands of spectators to Calton Hill at the end of April each year.

Immortalised in the 1961 Disney film, Bobby was a faithful Skye Terrier who, legend would have it, spent 14 years guarding his master’s grave. A granite fountain with a bronze cast was erected in his memory next to Greyfriars Kirkyard where he kept his vigil, and is reputedly Edinburgh’s smallest listed building.

On long, warm summer nights, the Meadows, immediately south of the Old Town, is often covered in a mysterious fog (created by hundreds of impromptu barbecues as Edinburgh’s student population descends). While that may well be wondrous sight in it’s own right, the very best time to take a stroll through the park is in spring, when the avenues of cherry blossom are in full bloom and make for a picture-perfect setting.

The story of Greyfriars Bobby is well known across Scotland

Four hours of live comedy that doesn’t start until after midnight – this raucous Festival institution is unlike any comedy show you’ve every been too, as comedians run the gauntlet and try to entertain a boozy, boisterous crowd. Over 30 years old, this is a rite of passage, both for festival-goers and performers alike.

Performed nightly throughout the Edinburgh Festival for almost 70 years – whatever the weather – the Royal Edinburgh Military Tattoo showcases military marching bands, drill and display teams as well as civilian acts and performers. It’s a truly amazing spectacle that takes place on the Castle Esplanade and also features fireworks and flypasts. 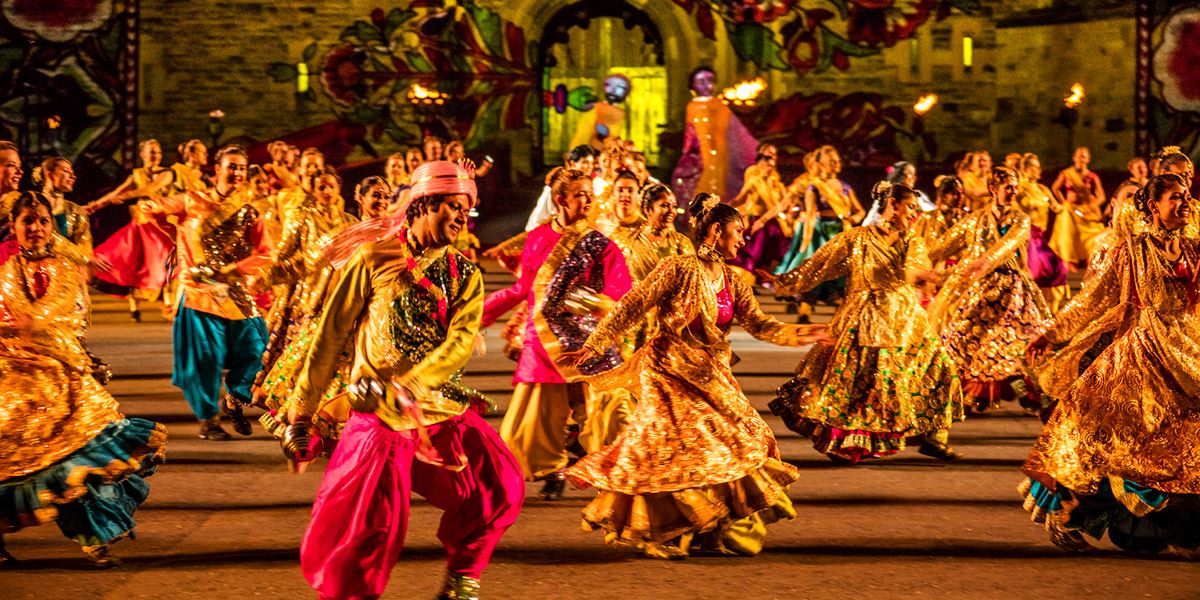 From the semi-rural settings of Balerno and Currie, past the iconic Murrayfield Stadium, through the picturesque Dean Village and upmarket Stockbridge, right down to the coast and the Shore in Leith, this river walk winds it’s way through some of the most interesting neighbourhoods in Edinburgh and is an oasis of calm.

Actually a collective of three separate museums – specialising in pathology, surgery and dentistry – Surgeons’ Hall pays tribute to Edinburgh’s pivotal part in the development of modern medicine. Home to an specimens, instruments and all manner of medical ephemera, it also features some gruesome exhibits too, including a pocket book made from the skin of infamous grave-robber William Burke. There’s a great cafe there too, if you still have the stomach for it…

Literary pub crawls, spooky, late-night shenanigans and explorations of the city’s food and drink – there’s a huge variety of guided tours that will help you see more of – and learn more about – Edinburgh. For something truly unique, Invisible Cities run walks led by guides who interweave their personal stories of homelessness with the history and tales of the wider city.

Watch the sunset from Arthur’s Seat

9. Sunrise over the city

Set your alarm, pack some coffee and snacks, and wrap up warm before tackling the (relatively easy) climb up Arthur’s Seat – the long-dormant volcano that dominates the Edinburgh skyline – in the early hours. The climb takes about 45 minutes, so set off at least an hour before daybreak to make sure you’ve got time to settle down and enjoy the fruits of your labour – a stunning sunrise with the entire city below you as a backdrop.

Every New Year’s Day morning around a thousand ‘Dookers’ – mostly decked out in fancy dress – parade through South Queensferry, before being piped down to the water where they then proceed to plunge into freezing waters of the Firth of Forth. It’s the perfect way to cure any lingering ailments caused by the excesses of the night before.

Where to eat in Edinburgh

The best things to do in Edinburgh

The best shopping in Edinburgh

The best nightlife in Edinburgh

Your guide to arts and culture in Edinburgh