There are so many things to do in Somerset, but here are the top 10.

Visible from the festival site and for miles around, is Glastonbury Tor. As one of the most famous landmarks in Somerset, the Tor has crucial spiritual meaning, an intricate Pagan and early Christian history and links to the legend of King Arthur. Use the park and ride from Glastonbury town centre, which operates April-September.

This five-day festival of leading rock and pop artists, contemporary performing arts, dance, comedy, circus and cabaret is the largest greenfield festival in the world. Held at Worthy Farm in Pilton and run mostly by local volunteers, it has something for everyone. If camping in fields crammed with thousands of colourful tents in the Glastonbury mud doesn’t appeal, why not book a traditional tipi, indulge in a glamping experience by hiring a luxury yurt or hire a motorhome? Tickets go on sale in October for the June festival, but be quick – the festival usually sells out in 30 minutes! 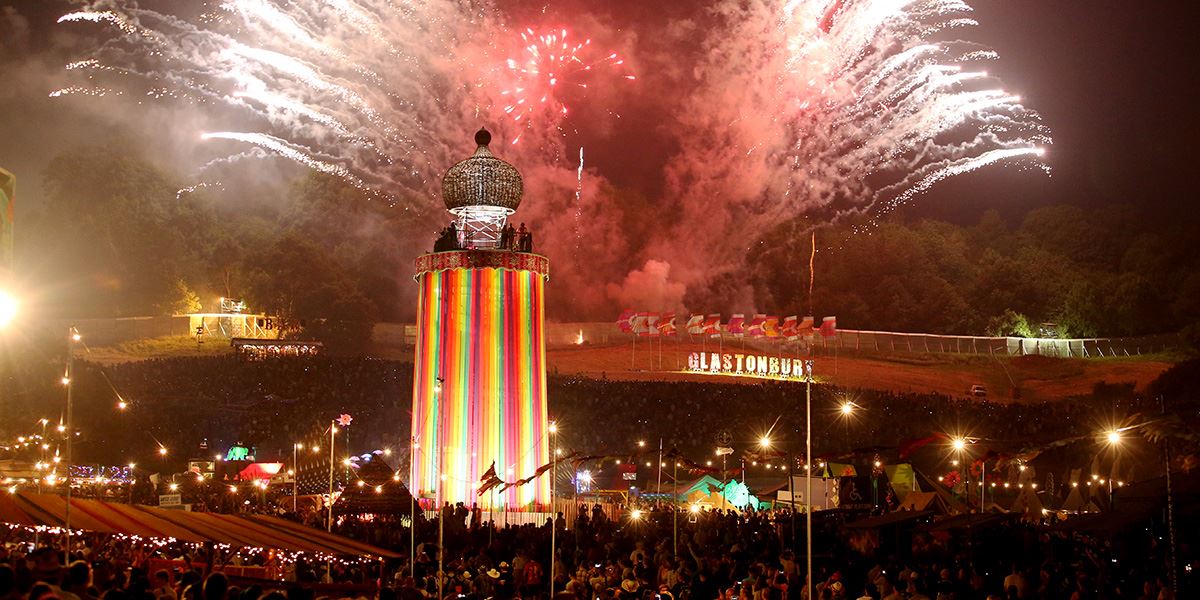 Set in the medieval heart of England’s smallest city, Wells is the earliest English cathedral to be built in the Gothic style. Free scheduled daily tours are available all year round (except Sundays). The famous Wells clock – the second oldest clock mechanism in Britain, probably the world – is still in use. It has one of the largest collections of historic stained glass in the country. Listen to Wells Cathedral Choir – at the heart of the cathedral since AD 909.

The Exmoor National Park is an extensive, beautiful and peaceful area of wild countryside. With panoramic views, abundant wildlife and wild ponies, Exmoor draws tourists from near and far. Hire a cottage or stay in a quaint B&B and take time to explore this fantastic region. There are many rivers and deep wooded coombes on Exmoor where secretive red deer hide. Take a walk down one of hundreds of miles of footpaths and bridleways. You can shoot game, canoe or mountain bike to your heart’s content here.

Discover Beyond the View: a cinematic journey through the gorge with a 270-degree virtual tour, then enter the wonders of Gough’s Cave, visit the Museum of Prehistory and learn about early man in Dreamhunters at Cox’s Cave. Climb the 274 steps of Jacob’s Ladder to the Lookout Tower and enjoy the breathtaking views on the three-mile cliff-top walk. Make sure you take in the fantastic array of local shops, tea rooms and Cheddar cheese-making demonstrations. 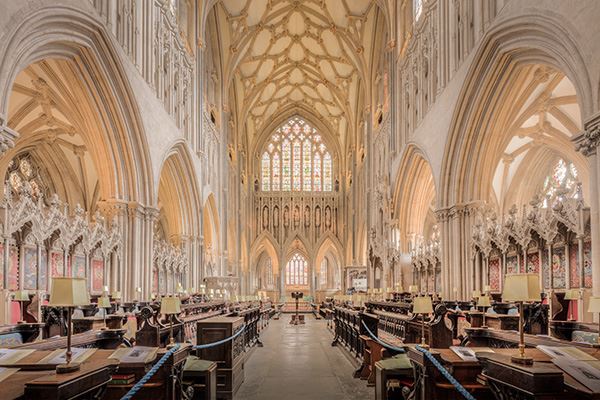 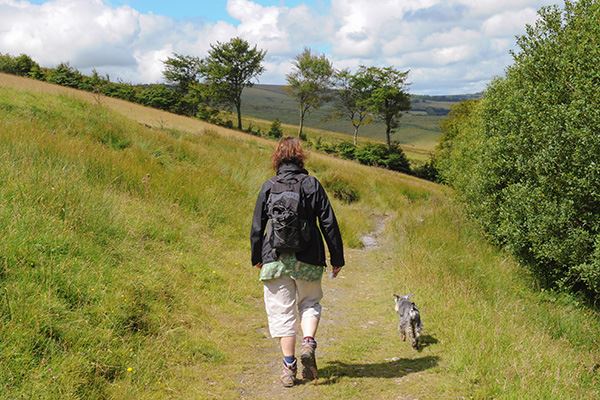 You can’t visit Somerset without tasting the drink it is famous for. Thatchers Cider has been recognised for its excellence in apple orcharding in the UK Grower Awards 2015. Join one of their tours and enjoy “What cider’s supposed to taste like”. Visit Wilkins Cider Farm, near Wedmore (Mudgley’s to locals), and sample Roger Wilkins’s famous farmhouse scrumpy, together with mouth-watering local cheeses and pickles for an authentic Somerset experience.

Held the second week of every July, Priddy Folk Festival is run by the volunteers of Priddy Charity Trust. Three venues provide nine concerts, two ceilidhs and the acclaimed Late Night Dance. Open-mic sessions give new talent an opportunity while local musicians perform in Priddy’s two pubs. Alongside this is a Dance and Children’s Festival, craft fair and an appetising mix of scrumpy cider, real ales and locally-sourced food together with on-site camping and a large parking field.

After a guided tour of Britain’s most stunning show caves, meet the Witch of Wookey, marvel at the Valley of Dinosaurs, wander around the 19th-century paper mill, Victorian penny arcade, magical mirror maze and cave museum. For children, there’s a pirate zap zone and soft play. Don’t miss out on Wookey Hole’s very own circus, Pirate crazy golf and 4D cinema. One day here is not enough, but you can also book a mini-break package at their hotel. 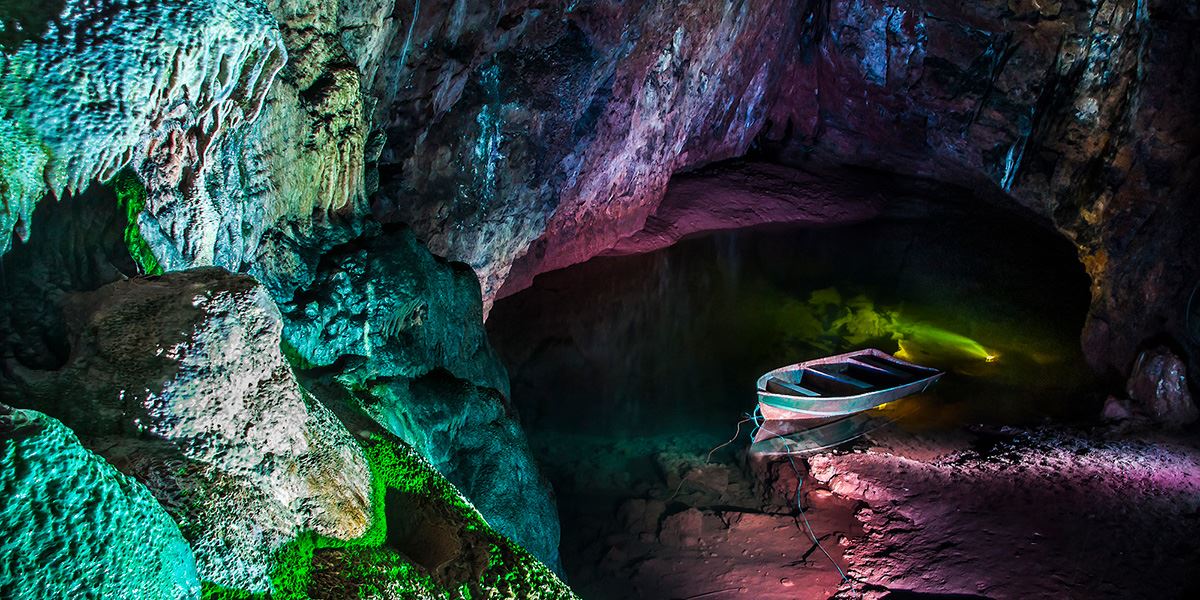 The main Somerset carnivals in November are one of the largest illuminated processions in the world. Local towns of Bridgwater, Burnham-on-Sea, Glastonbury, North Petherton, Shepton Mallet, Wells, and Weston-Super-Mare attract thousands of revellers. Each town comes alive at night to host a spectacular procession of intricately-designed floats, up to 100ft long, lit by 20-30,000 light bulbs. The carnival is free, but all donations go to local charities.

Take a ride at Bridgwater Fair

This historic traditional fair, which dates back to 1249, is hosted annually in September on St Matthews Field. It’s the largest fair in the south west with roughly 40,000 visitors. The fun fair stretches as far as the eye can see with try-your-luck stalls and scream-worthy rides. The street market sells delicious hot food, from freshly-griddled Welsh cakes to Thai noodles, abundant confectionery, clothing, homewares and unusual gifts.