Travel to and around Glasgow with ease with a number of different options.

There are two main line terminals in the city: Glasgow Central Station, for trains arriving from the South and Glasgow Queen Street Station for trains arriving and departing for the North and East. There’s also an extensive network of suburban rail stations. 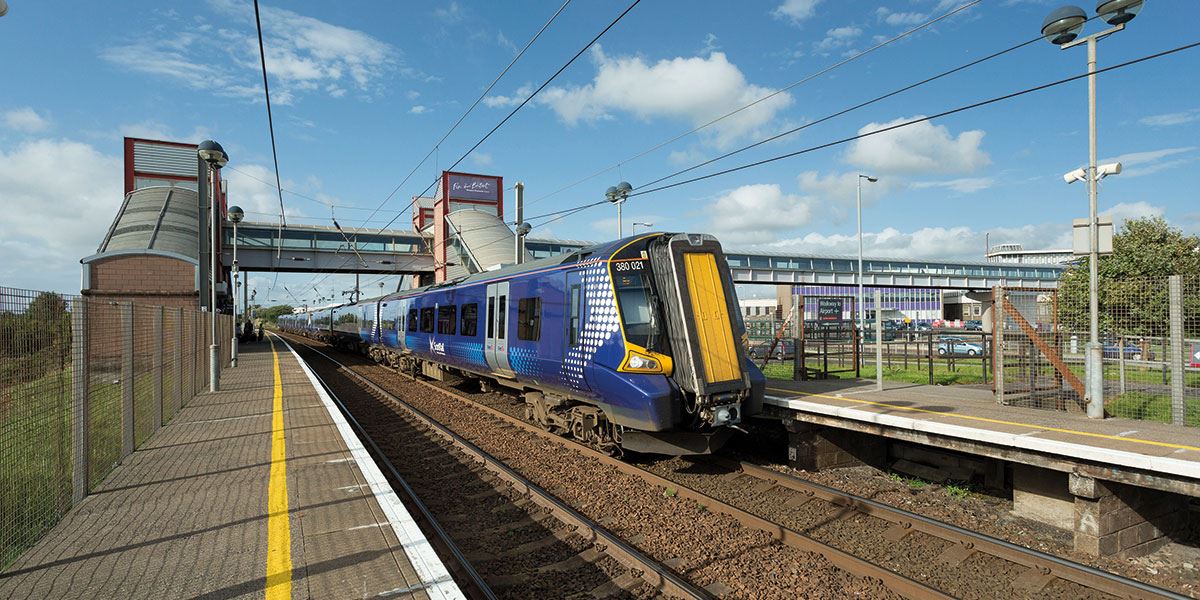 Glasgow Prestwick Airport has a train link to the city centre

Glasgow Airport is eight miles west of the city centre and easily reached by road. The airport has regular flights to London and many other UK destinations, plus regular flights to European destinations and the United States. Further out, Glasgow Prestwick Airport is 32 miles from Glasgow with a train link to the city centre. Taxis are plentiful at both.

Buchanan Bus Station is right in the heart of the city. Buses leave daily for destinations all over the UK. There’s also a massive local bus network across the city with frequent services until late evening when the less regular night services take over.

Glasgow has an extensive network and expanding cycle network. You can cycle from the city centre right up to Loch Lomond along a special cycle track.

Glasgow’s great for walking. Everywhere is within easy walking distance – just watch out for those steep hills! Organised walks are a great way to see the city and keep fit. 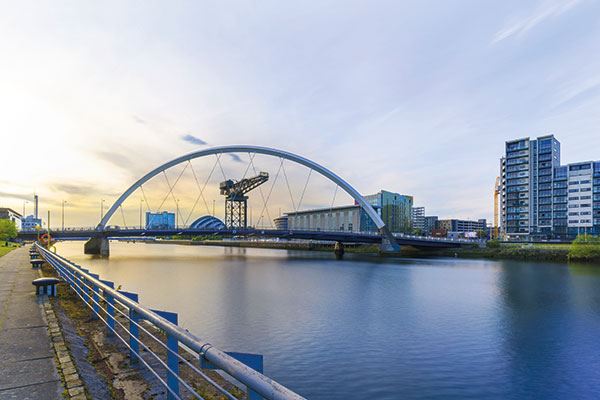 Take a boat trip down the Clyde 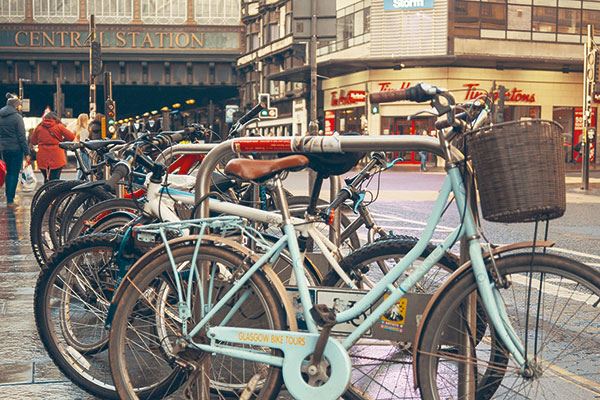 Glasgow has a fantastic cycle network

Glasgow has its very own underground with 15 stations dotted around the city, and is an excellent way to get round the city if you can’t be bothered to walk or (perish the thought) it’s raining! Trains are regular, fast and tickets cost from as little as £1.55 for an adult single. The service operates Monday to Saturday with a reduced service on Sunday.

There is plenty of free parking in the city in designated bays.