"For Manchester is the place where people do things… ‘Don’t talk about what you are going to do, do it’. That is the Manchester habit”. This quote is taken from “What the Judge Saw” by Judge Parry and written in 1912 but it is more than ever relevant. This is a city made for adventures and, as most find out, those 48 hours can be action-packed.

Start the day in the Northern Quarter, the city’s fabulous bohemian district, teeming with independent shops and bars. Hunt for unique treasures at Manchester Craft and Design Centre on Oak Street while soaking up the area’s inimitable cafe culture.

You can stop off for a relaxing cuppa and an indulgent pastry at the Nibble on Oldham Street. Bags of atmosphere are crammed into this small, kitschy-decorated cafe, with quirky chalk board messages and chintzy china.

Pop in for a delicious piece of quiche, or a cake and a coffee, or head off to Sugar Junction on Tib Street, with its mismatched vintage china and pretty chandeliers, it’s a great place to meet up for afternoon tea.
This & That on Soap Street is a legendary lunchtime venue and a favourite with curry connoisseurs. The no-frills cafe is where to find home-made, freshly-prepared authentic Indian dishes – and if it’s hard to make a choice there’s always the Rice ‘n’ Three – three curries and rice option. 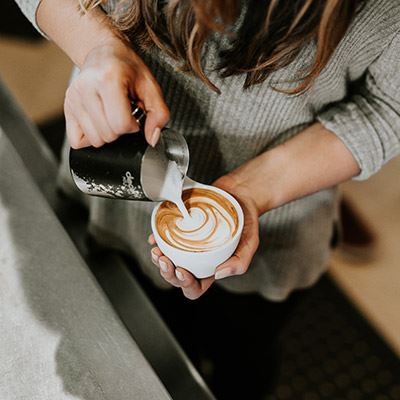 This city is packed with cafes 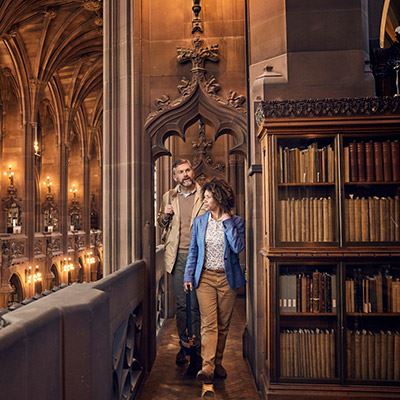 For a pleasant afternoon head for historic Castlefield and sip a cappuccino while watching the narrowboats slip by. Then it’s time for a wander over to Liverpool Road and the Museum of Science and Industry, a fun place to explore the city’s industrial past and the site of the world’s first passenger railway.

You can then walk or take one of the city centre free buses over to Spinningfields for a spot of designer shopping in The Avenue, where you’ll find top brands like Mulberry, Emporio Armani and more. The area is home to bars and restaurants, including Australasia, and Comptoir Libanais, serving Lebanese and Middle Eastern cuisine. You’ll stroll past the stunning John Rylands Library on Deansgate and, if you have time, check out the rare books and superb architecture of this building, created by John Rylands’ widow as a memorial to their devotion to each other.

Come evening, glam it up and perch on a bar stool at Cicchetti on South King Street or head over to sister restaurant San Carlo and soak up the buzzing atmosphere. Then round off the night at The Comedy Store, home to the finest stand-up comedy in the country.

With two of the most famous football clubs in the world it would be rude not to pay a visit to either Manchester United or Manchester City grounds. Take the Metrolink over to the Manchester United Museum at Old Trafford and you’ll be within walking distance of Salford Quays where you can spend time at the Lowry Arts Centre and the Imperial War Museum North, as well as maybe do some star spotting over at MediaCityUK, the new home of the BBC.

Head back into the city centre and the chance to catch a 3D movie on the giant IMAX screen at The Printworks, off Exchange Square. In the evening head off to see a show at one of Manchester’s brilliant theatres like the Palace, The Opera House or the Royal Exchange. Later, head over to Manchester’s brilliant Chinatown for dinner. It’s an area that really comes alive at night with its neon lights and stunning arch.