There are many things to do in Manchester, but here are the top 10.

The city’s Metrolink is a unique way to travel around the city and beyond. You can hop on the tram up to Bury to stock up on black puddings and Lancashire cheese or travel to Altrincham and catch up with the Cheshire set. Now extended to south Manchester and Ashton-under-Lyne, the network really helps visitors discover the city beyond its boundaries. 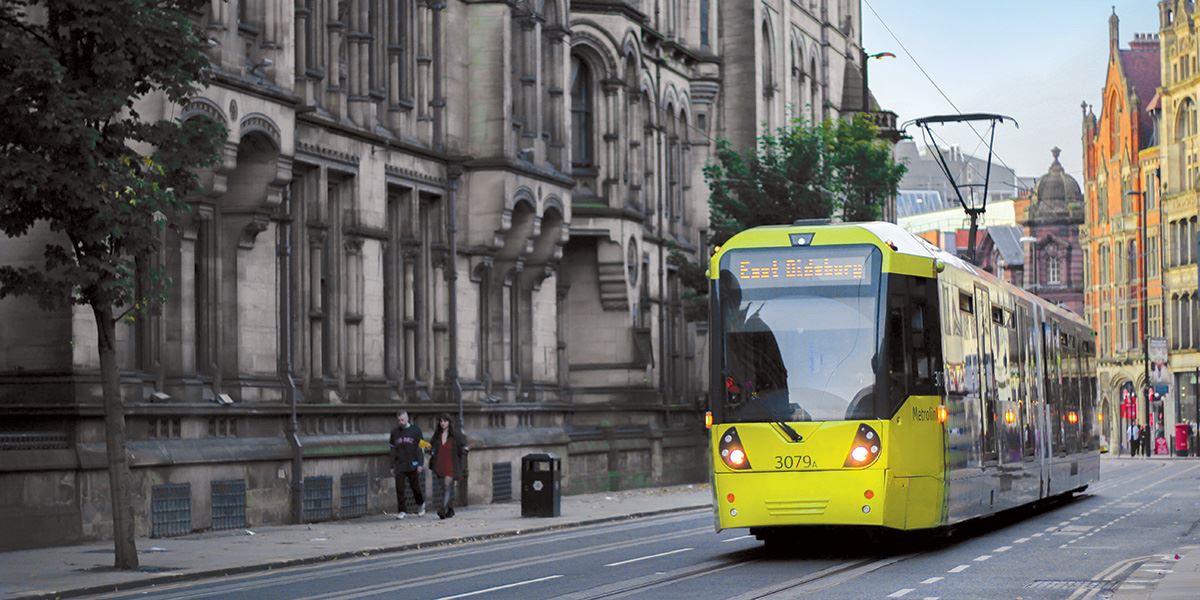 The museum has been a huge hit since it opened in the former Urbis in 2012. Museum collection highlights include a shirt from the world’s first international match played in 1872, the 1966 World Cup Final ball and the shirt worn by Maradona during the infamous 1986 ‘Hand of God’ quarter final match between England and Argentina. It has three floors of objects, stories, ‘hands on’ interactives, and a changing temporary exhibition programme showing that it’s not just football – fashion, art and photography all have a part to play in bringing the story to life.

Take a trip on the Metrolink to BBC HQ at MediaCityUK and get a glimpse behind the scenes of favourites like Match of the Day, Dragon’s Den and Blue Peter, as well as learn more about the world of broadcasting. For youngsters, there’s also a special CBBC interactive tour, where six to 11-year-olds can even have a go at being a CBBC presenter!

Get in the festival spirit

Manchester is a city that likes to celebrate and some events like the International Festival have won it worldwide recognition. This is a unique festival of original new work and special events and is held every two years. Previous participants include Skepta, New Order, Maxine Peake, Mikhail Baryshnikov, and many more which demonstrates the sheer diversity of this event. But the International Festival isn’t the only full on extravaganza the city has on offer. It has a wealth of celebrations all through the year including Manchester Jazz Festival in July and Manchester Food and Drink Festival which runs from September to October this year. 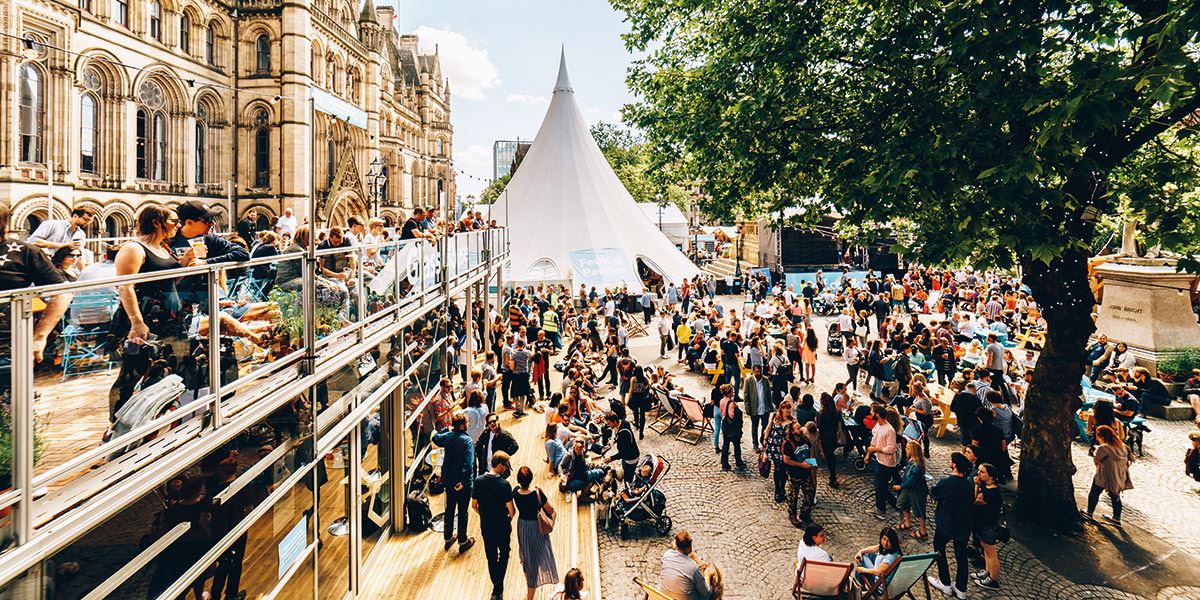 LS Lowry is Manchester’s most famous artist and the Lowry on Salford Quays is where you’ll find the largest collection of his works. But there are other places around the city and beyond that were significant in his life such as Peel building at Peel Park which he painted and his final home, a listed building in Mottram-in-Longdendale.

The Deaf Institute has live music and themed nights, there’s the underground night club South on South King Street and Keep it Unreal at the Band on the Wall, when Manchester DJ and producer Mr Scruff performs a five hour set of funk, soul and house. Pubs are very much a part of northern culture and hostelries such as Mr Thomas’s Chophouse on Cross Street is the epitome of the Manchester watering hole. This Victorian bar has been preserved in all its ornate glory, with a fine ale and wine list.

The 36-mile Manchester Ship Canal was a feat of engineering that transformed the city into a major international inland port. Today, you can take a cruise along Manchester’s waterways over to Liverpool, or do like the locals do and take a barge from Liverpool Road in Castlefield to Old Trafford for the home game.

Manchester is renowned for being a music mecca and it’s not just pop. The city is home to the famed Hallé Orchestra, Manchester Camerata and BBC Philharmonic, as well as Chetham’s School of Music where you can catch a lunchtime concert within the cloistered medieval building and its contemporary designed £31m extension. 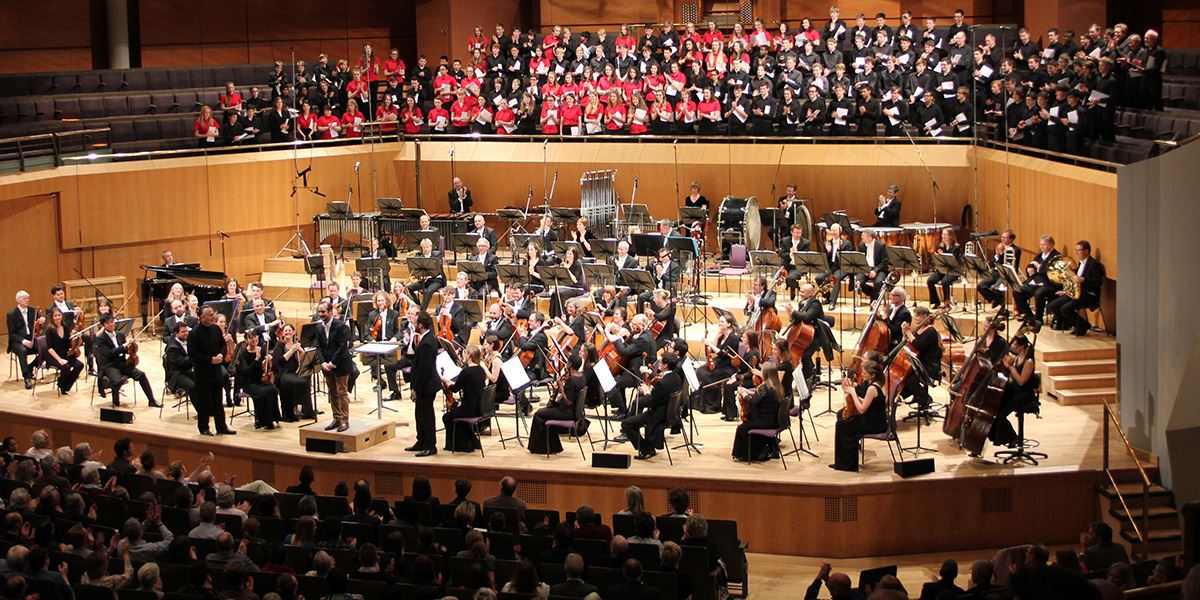 The city is home to the famed Hallé Orchestra

Manchester Pride Festival is the flagship event that takes over the city every year across the August bank holiday weekend in celebration of LGBTQ+ life, with events including the Manchester Pride Live music festival; the Gay Village Party; the Superbia Weekend and the annual parade.