Glasgow makes the most of its fascinating history and these are some of the best attractions to visit. Kelvingrove Park, by the River Kelvin, is the setting for Kelvingrove Art Gallery and Museum and the University of Glasgow. Founded in the 13th century, the University moved to its current site in 1870, and is a marvellous Gothic warren of quadrangles and spires. With tours from the visitor centre, plus The Hunterian, Scotland’s oldest museum, which includes scientific and medical exhibits, plus the famous – and largest – Whistler Collection, and the Mackintosh House, replicating Charles Rennie Mackintosh’s own home, it’s well worth the trip to Gilmorehill.

Still in the West End, the Botanic Gardens on Great Western Road are internationally-renowned for their extensive collections of tropical plants and impressive glasshouses – including the spectacular Kibble Palace. Make sure you call in at the National Trust for Scotland-run Tenement House in Buccleuch Street. In the 19th and early 20th centuries, most Glasgow folk lived in tenements, and this wonderfully-preserved first floor flat has survived virtually unchanged for over a century.

Another unusual insight into Glasgow life can be found at Glasgow Central Station. Walking the subterranean tunnels beneath the iconic train station, visitors will hear fascinating stories of famous and infamous travellers who have graced this A-Listed building since it opened in 1879. Tickets must be booked in advance. Not many people know that the UK’s very first police force was formed in Glasgow. Exploring the history of policing from 1779 to the present day, the fascinating Glasgow Police Museum at 30 Bell Street has Europe’s largest display of international police uniforms and insignias from around the world.

Two other little gems are the weirdly wonderful moving statues at Sharmanka Kinetic Gallery in nearby Trongate, and the Britannia Panopticon Music Hall just down the road. The Panopticon is the world’s oldest surviving music hall, seeing performances from such greats as Dan Leno, Harry Lauder and the debut of Stan Laurel. Lost to the city for generations, the music hall has only recently reawakened, and aside from shows and events is open to the public Tuesday to Saturday between noon and 5pm. 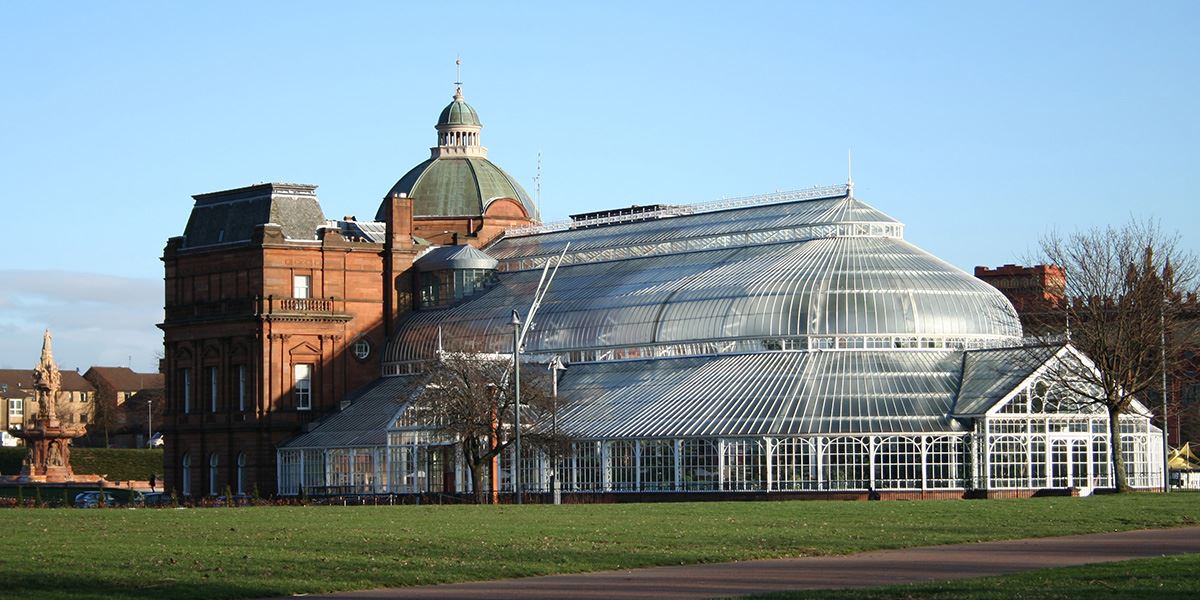 People’s Palace, set in historic Glasgow Green, tells the story of the people and city of Glasgow from 1750 to the end of the 20th century. Explore the city’s social history through a wealth of historic artefacts, paintings, prints and photographs, film and interactive computer displays. Get a wonderful insight into how Glaswegians lived, worked and played in years gone by. Visit website 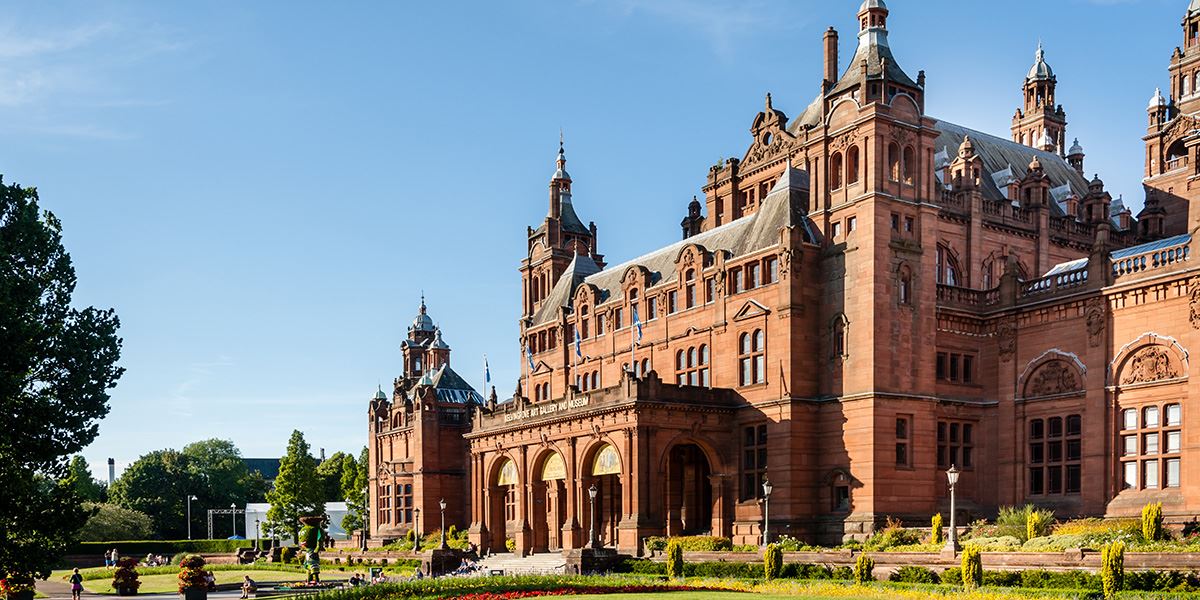 Kelvingrove Art Gallery and Museum is one of Scotland’s most popular free attractions. It has been a favourite with Glasgow residents and visitors since it opened in 1901. The museum has 22 themed galleries displaying an astonishing 8,000 objects, brought together from across Glasgow Museums’ rich and varied collection, which is a Recognised Collection of National Significance. The displays are extensive and wide-ranging, these include the Dutch Old Masters, French Impressionists, Scottish art, Salvador Dali’s Christ of St John of the Cross, natural history, arms and armour, ancient Egypt, Scottish history and archaeology and world cultures. Visit website 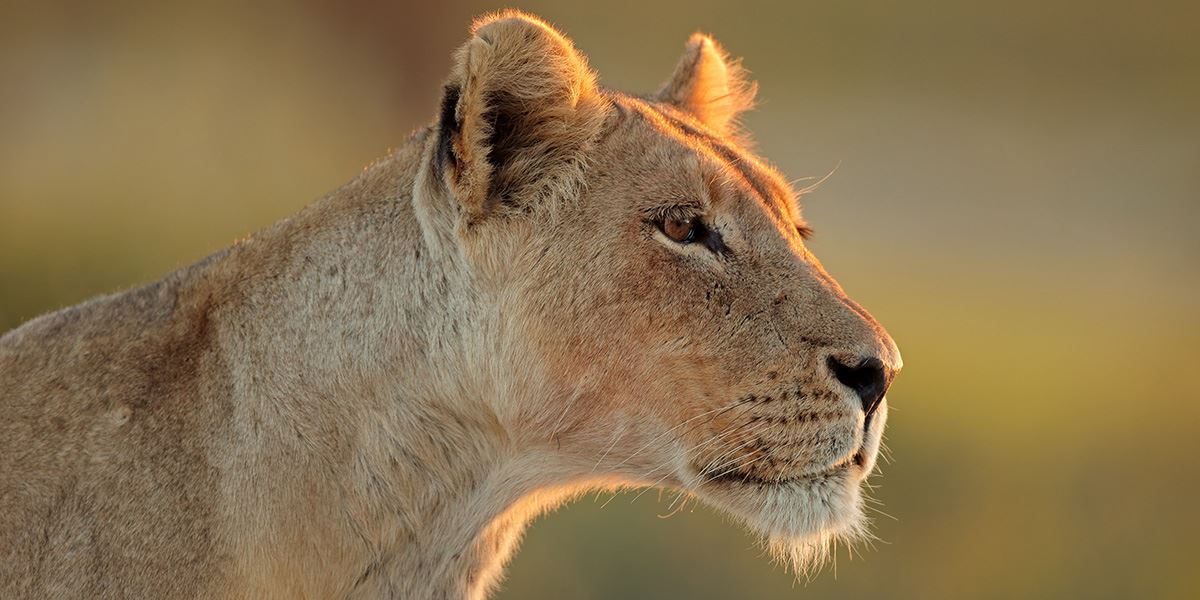 Five Sisters is a family-run zoo with over 198 different species of mammals, birds and reptiles from around the world. There’s lots to see and do and if you want to really get up close, take part in one of the three daily handling sessions, feed the lemurs, or book in advance to be a zoo keeper for a half or full day. There are also a number of free daily keeper talks which coincide with feeding times, and many interactive areas including walk through bird aviary, wallaby walkabout and large enclosure for the meerkats/cranes and giant tortoise. Don’t miss the large indoor reptile house with over 40 species and petting area with rabbits, guinea pigs and pygmy goats. Visit website 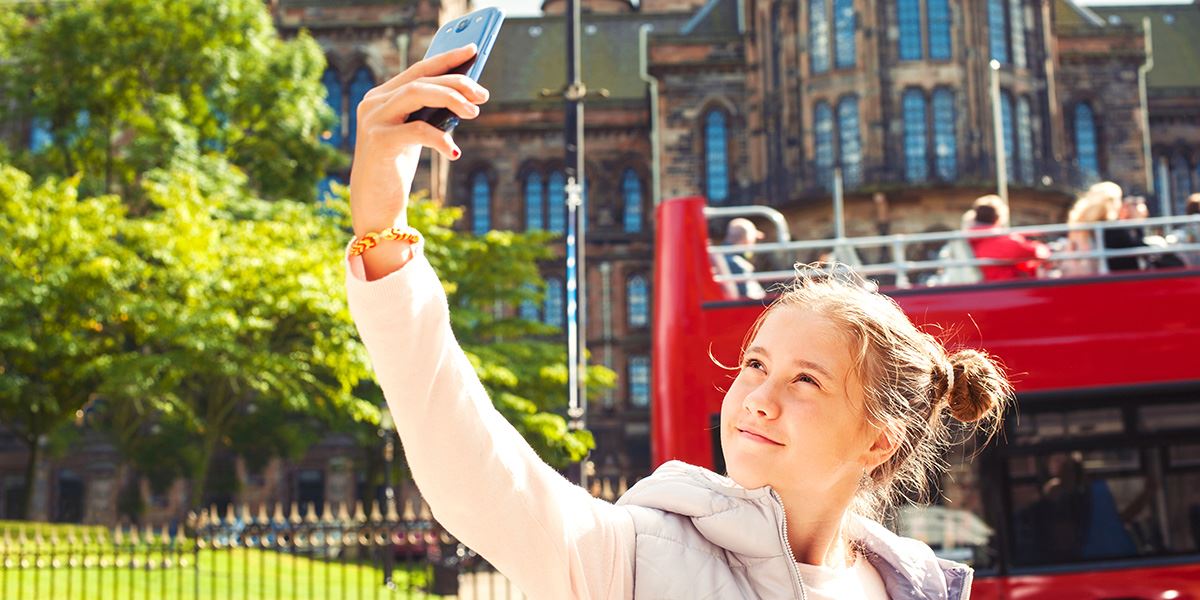 City Sightseeing bus tours are the perfect way to see Glasgow. The Glasgow City Sightseeing double deck open top buses operate regularly from 0930 until 1630 and the complete tour lasts one hour and 50 minutes, taking in the best that Glasgow has to offer. Your ticket is valid for two consecutive days and you can hop on and hop off as often as you like at any of the 28 stops on the tour route. Keep your ticket and present it to staff on any other City Sightseeing Worldwide tour to receive a 10% discount. There’s a choice of multilingual commentary in English, French, German, Italian, Spanish, Swedish, Russian, Portuguese and Mandarin via headphones, or live English speaking guides on selected journeys. Visit website 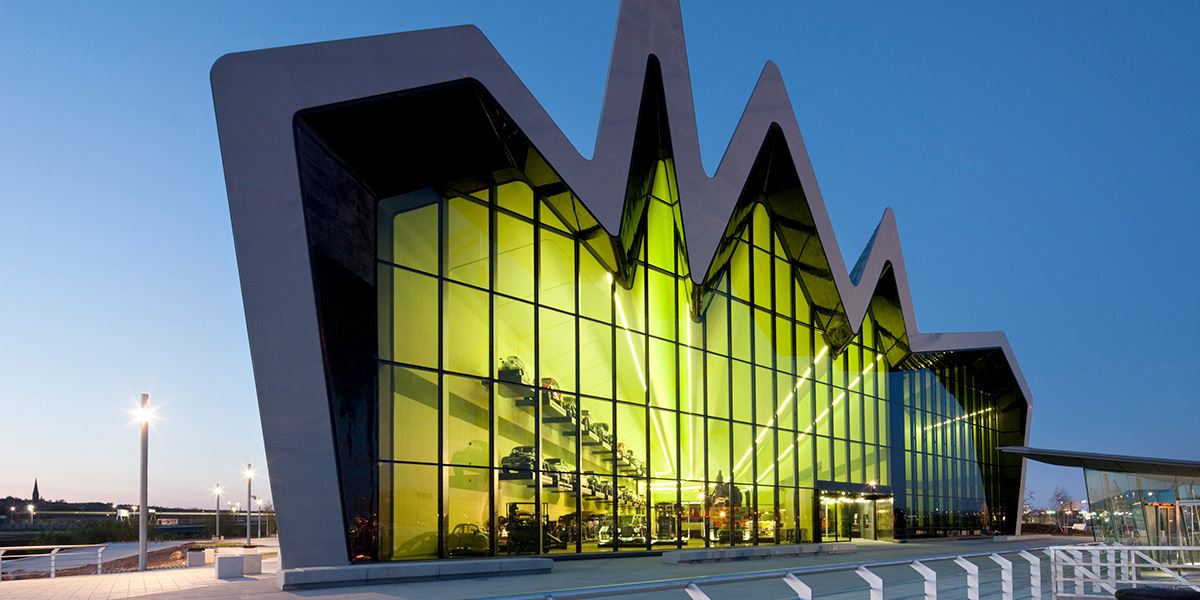 The multi-award winning Riverside Museum is home to over 3,000 objects that detail Glasgow’s rich past from its days as maritime powerhouse to a glimpse into daily Glasgow life in the early to mid 20th century. Amongst the objects on display are everything from skateboards to locomotives, paintings to prams, velocipedes to voiturettes, vintage cars to a stormtrooper, there really is something to delight visitors of all ages. Visit website

How to spend 48 hours in Glasgow