While it’s the beaches and coastline that put North Yorkshire and the Dales on the list as a holiday hotspot, there’s much more to do here than go surfing and build sandcastles. Those looking for adventure head for Flamingo Land, a large theme park and a zoo with kangaroos, rhinoceros, red pandas and giraffes. Whitby is a day out all on its own. As well as a good beach to the north of the harbour, there’s the famous 199 steps leading up to the ruined Whitby Abbey. Whitby played a central part in Bram Stoker’s gothic novel, Dracula, and the count was said to have run up after his ship ran aground nearby. Other historical attractions in North Yorkshire and the Dales include Fountains Abbey, Bolton Abbey and Kirkham Priory.

Down the coast in Scarborough, the Sea Life Centre is an interesting and informative day out that is not weather dependent. Scarborough’s Oriental-themed Peasholm Park has been attracting visitors for more than a century. There is lots to do in and around Thirsk, including the World of James Herriot visitor centre – an attraction celebrating the life of the vet and author behind the All Creatures Great and Small books, which have done so much to increase the profile of the area nationally and around the world.

For a more leisurely day out, RHS Gardens Harlow Carr, in Harrogate, is a good option. As well as stunning gardens to explore, there’s a branch of renowned tea room Bettys on site for when a famous fat rascal cake is the order of the day! Not far from Harrogate is an attraction billed as England’s oldest. Mother Shipton’s Cave, in Knaresborough, which was once home to a famous prophetess, is situated next to a petrifying well which turns objects to stone. The Forbidden Corner, in Coverdale, near Leyburn, is like no other attraction you’ve ever visited. As well as a huge pyramid made of translucent glass, there are paths and passages that lead nowhere, extraordinary statues, puzzles to be solved and tricks to avoid. 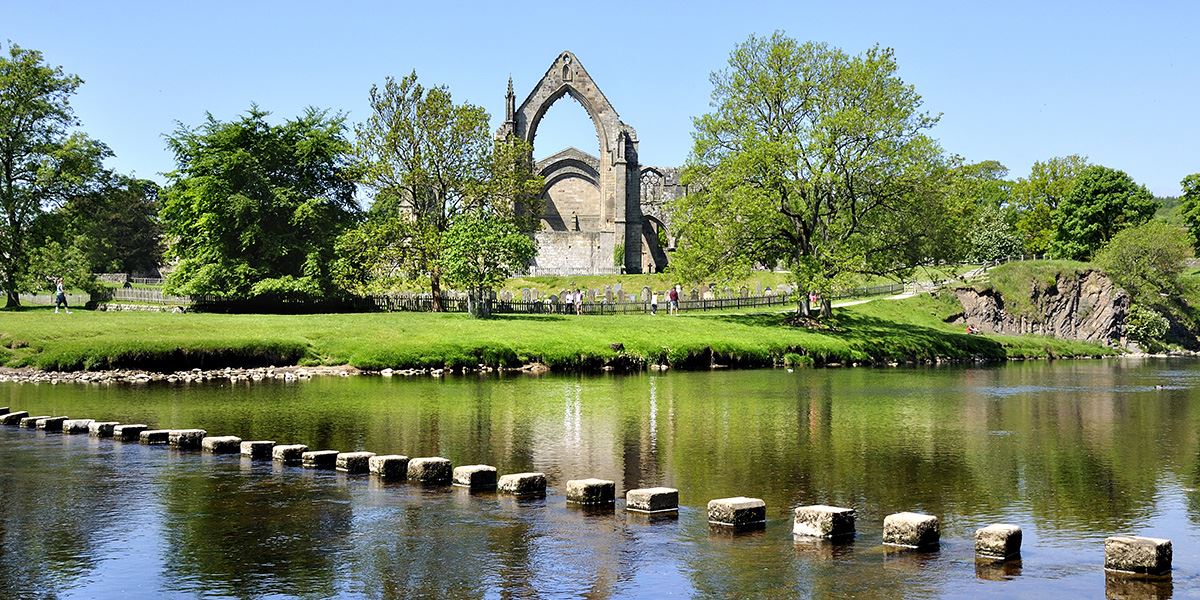 Nestled in the heart of the Yorkshire Dales on the banks of the River Wharfe, Bolton Abbey is Yorkshire’s best day out. Its landscape is the “jewel in the crown” of Yorkshire’s many landscapes, and the 30,000 acres of beautiful countryside boast over 80 miles of footpaths to walk and explore, providing something for all ages. From the ever changing events programme providing activities for children to fishing on the River Wharfe, you’ll find a host of activity awaiting you. Explore the ruins of the priory and discover a landscape full of history and legend. Walk along the riverside, woodland and moorland paths and enjoy local produce in the excellent restaurants, tea rooms and cafes, treat yourself in the quality gift shops or simply relax beside the river with a picnic whilst the children play – Bolton Abbey has it all. Visit website 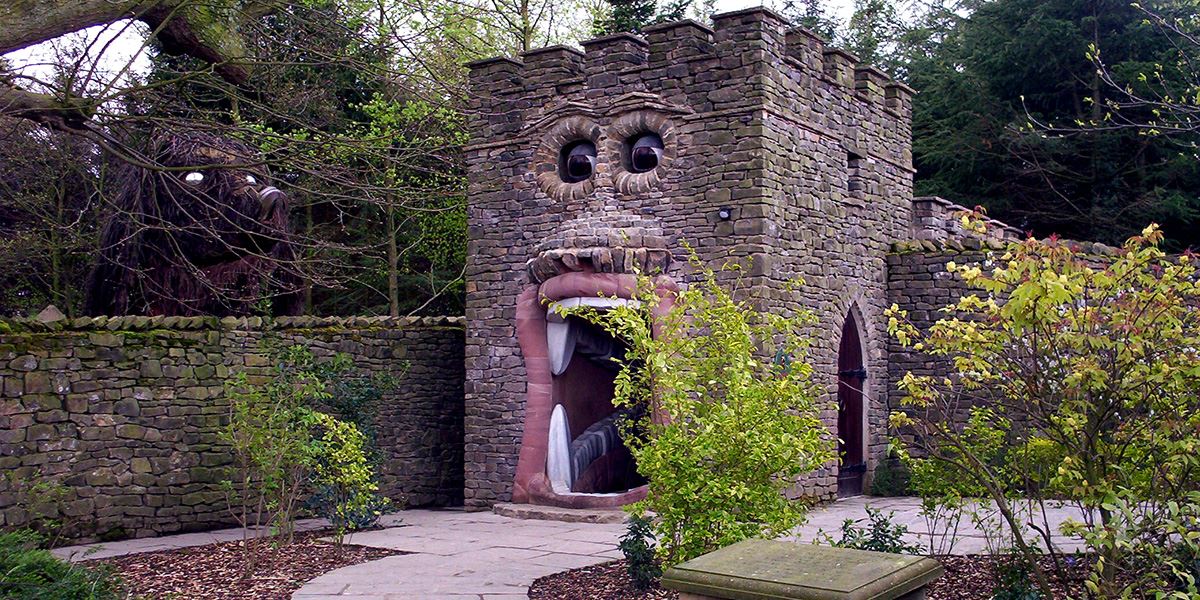 The Forbidden Corner is a unique labyrinth of tunnels, chambers, follies and surprises created in a four-acre garden in the heart of the Yorkshire Dales. The temple of the underworld, the eye of the needle, a huge pyramid made of translucent glass, paths and passages that lead nowhere, extraordinary statues at every turn. There are decisions to make and tricks to avoid, a day out with a difference which will challenge and delight children of all ages. Visit website 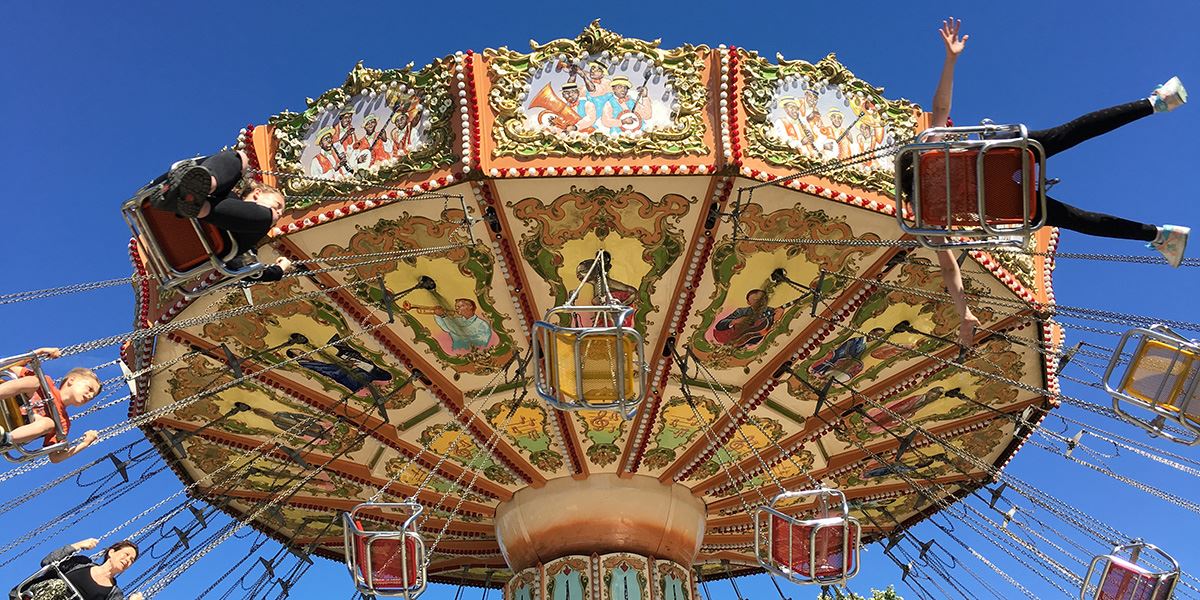 Those looking for adventure should head for Lightwater Valley near Ripon. The theme park boasts the longest rollercoaster in Europe, as well as a range of other exhilarating rides for all ages. Visit website 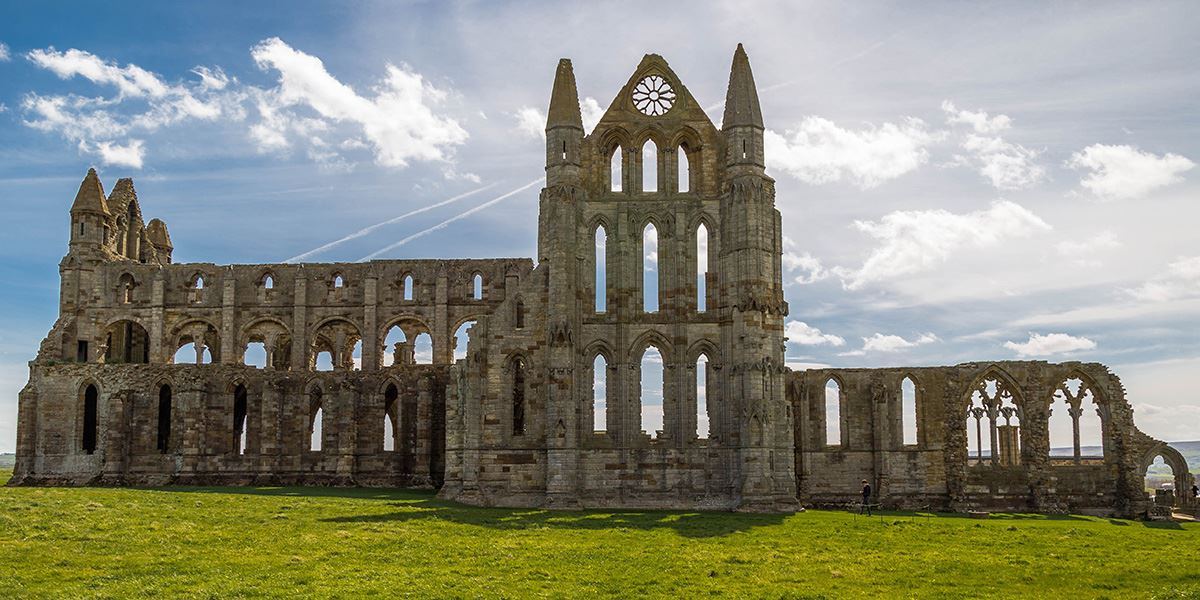 Perched high on a cliff, it’s easy to see why the haunting remains of Whitby Abbey were inspiration for Bram Stoker’s gothic tale of ‘Dracula’. The ruins of Whitby Abbey are among the most celebrated sights of North Yorkshire. The first monastery here, founded in about 657, became one of the most important religious centres in the Anglo-Saxon world. In 664 it was the setting for the Synod of Whitby, a landmark in the history of the Church in England. The headland is now dominated by the shell of the 13th-century church of the Benedictine abbey founded after the Norman Conquest. Sink your teeth into years of history, amazing views and a packed events programme, just a short climb away from the picturesque Yorkshire seaside town of Whitby. Visit website 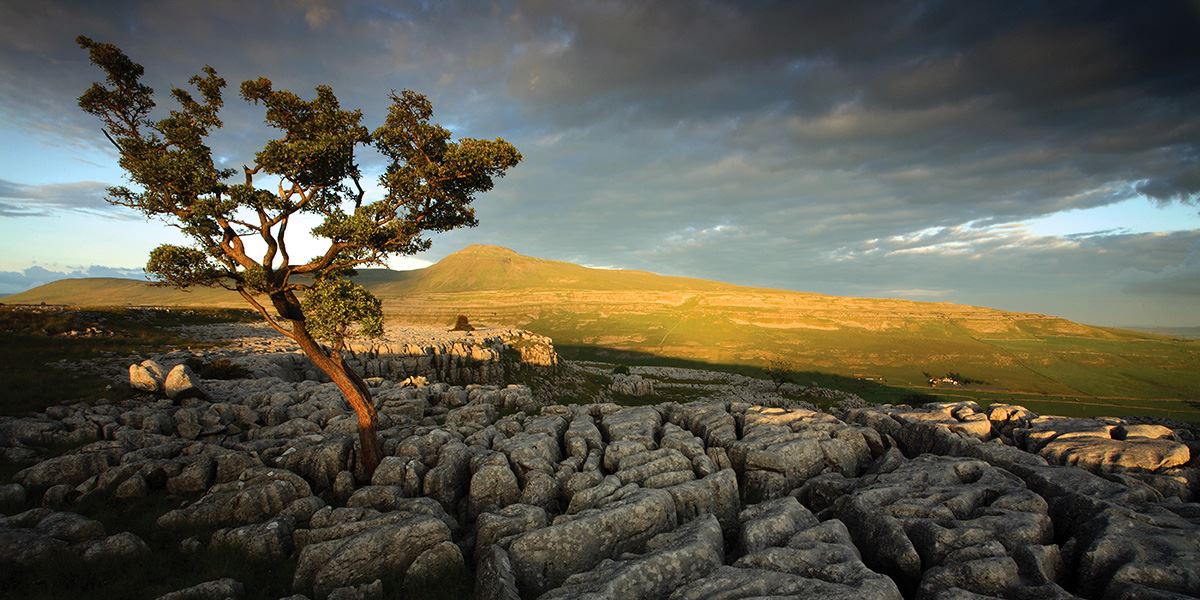 Deep beneath Ingleborough hill, in the Yorkshire Dales National Park, lies White Scar Cave, a hidden world which has been sculpted by nature over thousands of years. Imagine a subterranean landscape, beautifully lit, with gushing streams and waterfalls, exotic cave formations, and a huge ice-age cavern adorned with thousands of stalactites. The guided tour covers one mile and takes around 80 minutes. Visit website

North Yorkshire and the Dales restaurants and cafes