Getting to and around Somerset

Travel to and around Somerset with ease with a number of different options.

From the Midlands, the M5 motorway takes you straight to the heart of Somerset via Bristol, with fast and easy access to Weston-super-Mare, Bridgwater and Taunton. If you are heading from London and the south east, take the M3 connecting with the A303 into south Somerset, or take the M4 eastbound, and connect with the M5 southbound at Bristol. From the south west, take the A39 along the north coast and across Exmoor.

Driving is a pleasure in Somerset. This ancient county of towns and villages boasts a wide range of scenery from hills and moors to levels, and beaches to countryside. Why not explore at your leisure, using the extensive network of local roads, from the A4 to Bath, the A38 through Bristol, the A361, which cuts through the middle of the county, to the A39, which runs from Bath, through Exmoor National Park
along the dramatic coastal scenery between Lymouth and Porlock?

National Express offers journeys from across the UK to all the main towns in Somerset, including Taunton, Yeovil, Wells and Shepton Mallet. Stagecoach South West runs the 24-hour South West Falcon, connecting Bristol Airport and city centre to Taunton and Bridgwater. Berry’s Coaches offers a daily Superfast return service between several destinations including Taunton, Yeovil, Glastonbury, Frome and London. Local buses will take you to your chosen destination. 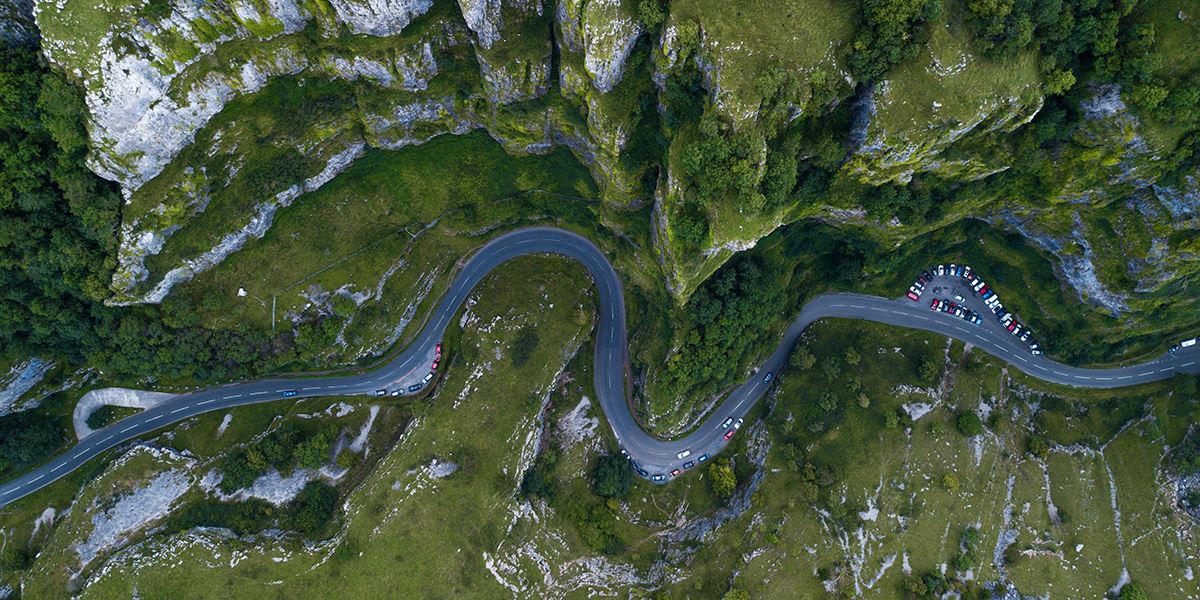 The B3135 runs through Cheddar Gorge

Somerset is a popular holiday destination and has many public transport links. For more information on your journey go to traveline.info.

Somerset is well-served by high-speed trains from London Paddington and Waterloo stations. Great Western Railway (GWR) runs direct services from Paddington to Frome, Castle Cary, Weston-super-Mare and Taunton, via Bristol Temple Meads, and it also has a direct link to London Heathrow airport. South West Trains has services from London Waterloo to Yeovil Junction, while CrossCountry connects Birmingham and the North with Bristol through to Taunton. Extensive local train services connect you to the 10 stations throughout the county. For more information go to gwr.com.

The nearest ports are at Plymouth, Devon and Poole, Dorset. If you are coming from Europe, Brittany Ferries run regular services from France and Spain, with Plymouth only 80 minutes’ drive to Taunton. 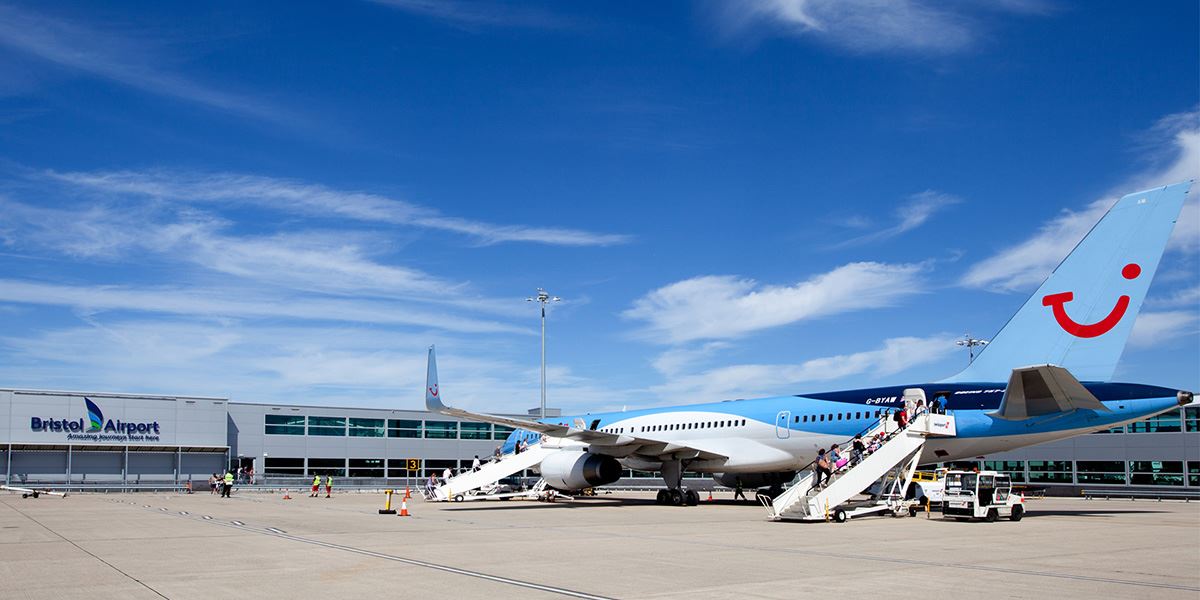 Somerset’s nearest airport is Bristol on the A38. It welcomes international and domestic flights, including from Newcastle, Isle of Man, Belfast, Dublin, Edinburgh and Glasgow. The Bristol Flyer Express coach takes you direct from the airport to both Bristol bus and train stations for connecting links throughout Somerset. Exeter Airport has flights from Europe and from major UK cities, including Newcastle, Manchester, London City and Norwich, and is only a 45-minute drive from Taunton.

Somerset’s wide and varied terrain is hugely popular with cyclists, from off-road to family routes. Popular long distance routes include the South Somerset Cycle Route, the Stop Line Way, Colliers Way and the Strawberry Line, Tour of Britain route and West Country Way. Some are part of the traffic-free National Cycle Network.

This ancient county of towns and villages boasts a wide range of scenery from hills and moors to levels, and beaches to countryside

There are so many ways to travel around Somerset and so much to see on your journey, whether by car, the county’s comprehensive public transport service, even by steam train.

Buses are an easy and relaxing way to shop, explore and visit restaurants and attractions around the county. First Bus serves both the main towns and villages, with amazing views along the way. The Mendip Xplorer (bus 376) goes from Street to Bristol, via Glastonbury and Wells. There’s a range of ticket offers including the great value West of England day ticket. Plan your route with travelinesw.com. 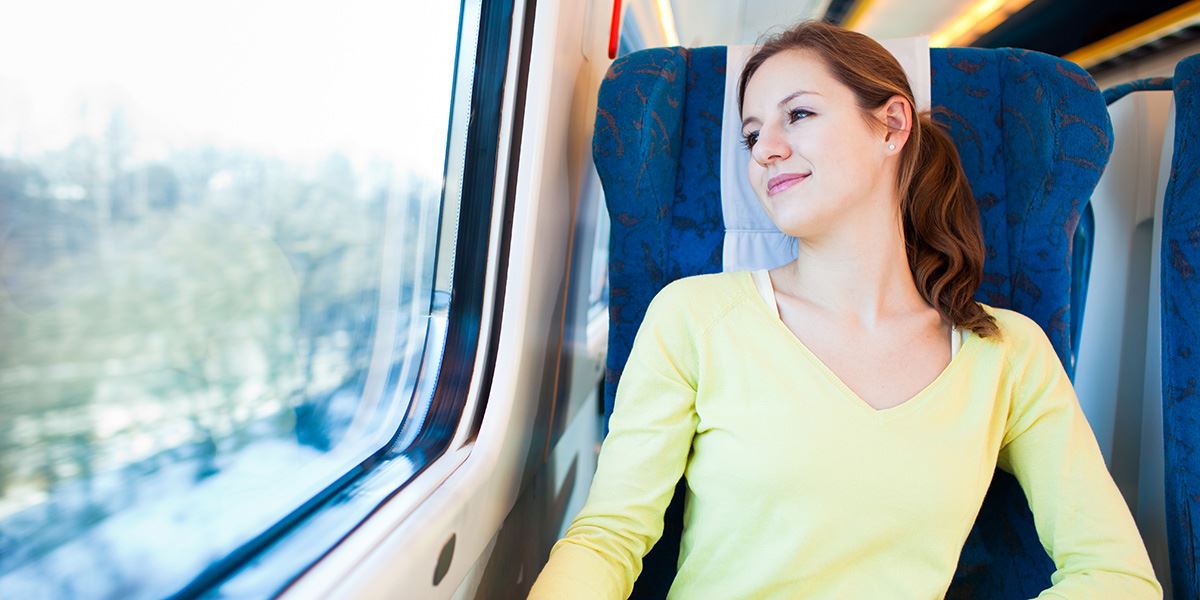 Get around Somerset by train

The region has an extensive network of major and minor roads and lanes, withpretty villages, bustling market towns and impressive scenery along the way. Taunton has park and ride options to ease your journey. Some of the most impressive views can be found along the A39, which starts in Bath, goes through Wells, Glastonbury, Street and Bridgwater before hitting the north coast of Somerset. The steep and winding drive between Porlock and Lynmouth, across the moors and dramatic coastline is considered one of the great drives in the UK. Use a route planner to organise your journey and remember to check out live traffic information. Hire cars are also an option.