Although it is now known as one of the world’s most prestigious seats of learning, Oxford grew from humble beginnings in AD 900.

Fight for the throne

Established as a crossing on the River Thames – its name derives from the ford used by oxen – the town was one of Alfred the Great’s fortified ‘burghs’. The Normans built a castle there in the 11th century, which is still one of the city’s landmarks.

In the 1140s it became the site of one of the greatest escape stories in English history, when Stephen and Matilda, grandchildren of William the Conqueror, were fighting for the throne. Matilda found herself at Oxford Castle in 1142 when it was besieged by Stephen and fled during a freezing December night, wrapping herself in a white cape to steal through enemy lines in the snowfall, before skating to safety across the frozen River Thames.

Oxford soon recovered from the siege and its now-famous university, the oldest in the English-speaking world, was established in the 12th century. The University Church of St Mary the Virgin in High Street was adopted as its first building and the first colleges, University, Balliol and Merton, were founded in the 13th century. 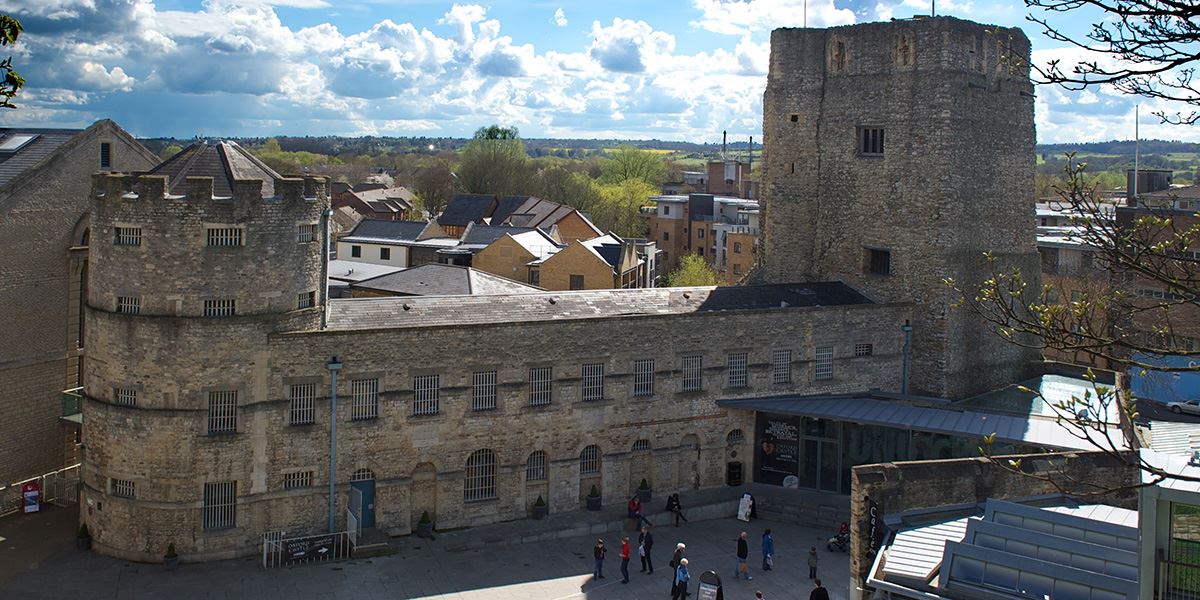 Around the same time, the first tensions between ‘town and gown’ flared up and resulted in a series of riots from 1228 to 1298 but by Tudor times, these had died down and Oxford was economically-dependent on its university. As with many towns, there were severe outbreaks of the plague in the 16th and 17th centuries.

In 1542, Oxford was made a city and granted its own bishop, while in 1555 the three ‘Oxford Martyrs’, as they became known, were tried for heresy and burnt at the stake for their Protestant beliefs, during the reign of Roman Catholic Queen Mary who became known as ‘Bloody Mary’ as a result of the number of people she condemned to death for religious reasons. The most senior of the Oxford Martyrs was Thomas Cranmer, Archbishop of Canterbury, and the other two were the Bishop of London Nicholas Ridley and Bishop of Worcester Hugh Latimer.

A cross-shaped marker where they died can still be seen on the road in Broad Street, just outside Balliol College. Martrys Memorial at the junction of Magdalen Street and St Giles was designed by architect Sir George Gilbert Scott, best known for the Midland Grand Hotel at London’s St Pancras station, and erected in 1843.

Oxford played a key role in the English Civil War of 1642, which pitted King Charles I against supporters of Parliament. After he was expelled from London, the King established his headquarters in Oxford but it was later besieged and yielded to Parliamentary troops in 1646.

By this time, some of the city’s most iconic university buildings had sprung up. The Divinity School – which is physically attached to the Bodleian Library – was built in the 15th century, with the Sheldonian Theatre following in the 17th century and the Radcliffe Camera, in Radcliffe Square, finished in 1749. 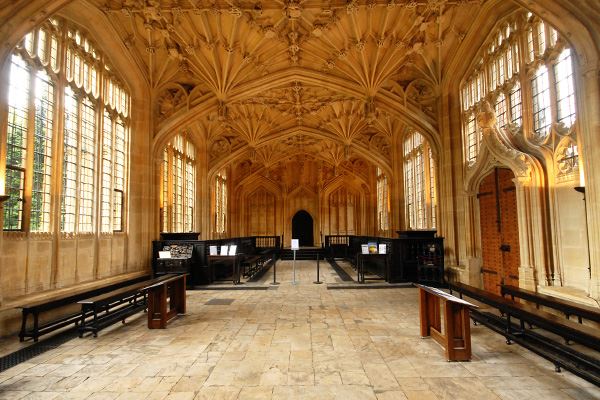 Divinty School at the Bodleian Library 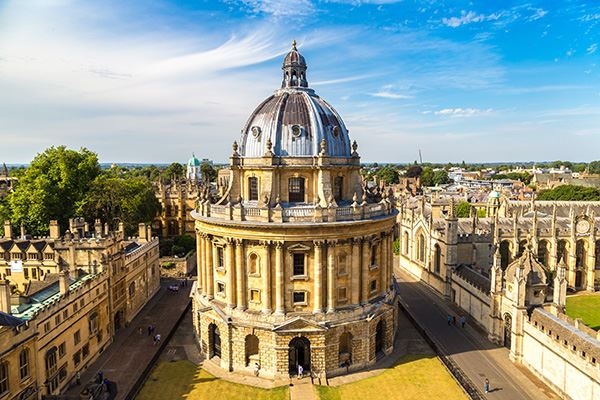 The 18th century saw the creation of a new canal to link Oxford with Coventry and the Great Western Railway opened a station there in 1844. Little more than two decades later, in 1861, Matthew Arnold wrote the poem Thyrsis, which described the city’s ‘Dreaming Spires’ and in 1897 the current Town Hall building in St Aldate’s, was completed.

By the 20th century, Oxford was undergoing rapid industrial growth and was transformed as William Morris’ company, Morris Motors Ltd, and Pressed Steel employed more than 20,000 people in Cowley producing cars including the Morris Minor and the Mini. This industry later declined but still survives today at BMW’s Mini Plant, where 4,000 people still work.

The city’s second university, Oxford Brookes, was given its charter in 1991 and now has major campuses in Headington, North Hinksey and Wheatley. Education remains the city’s single biggest source of employment, along with health.