With so much to see and do in Ireland's Ancient East, it can be hard to decide what pack to into 48 hours. Which is why we’ve picked out a few highlights – from art to outdoor adventures and culture to craft beers.

Start your journey through the cities, towns and tillage fields of the sunny and historic East. Kick things off in Kilkenny (Cill Chainnigh, or the Church of Canice) – and pop into the magnificent Gothic St Canice’s Cathedral itself, climbing the ninth-century Round Tower for a panorama of the Marble City itself from Irishtown. 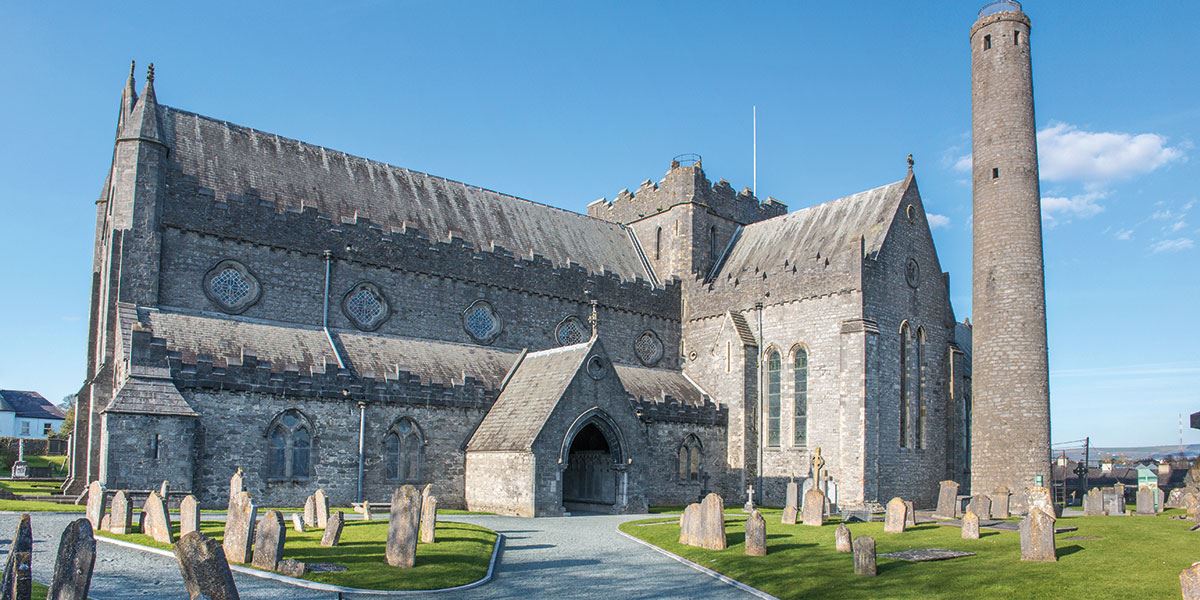 Follow up with dinner at Campagne, the city’s Michelin-starred restaurant, a 10-minute walk across the River Nore. After brunch in the Fig Tree at the heart of the city’s Medieval Mile, wander up to Kilkenny Castle for a tour, before visiting the National Design & Craft Gallery before lunch at Rive Gauche.

It’s time to visit the region’s other historic city, Waterford. Known as Ireland’s oldest, it has a rich Viking and Norman heritage, and is around an hour’s drive from Kilkenny (if you’ve time, take a detour via the trim, pretty villages of Bennettsbridge and Thomastown, and the sumptuous vistas of Mount Juliet). Grab some lunch at McLeary’s Restaurant on Parade Quay, before wandering around the Viking Triangle, savouring the riches of the Medieval Museum and the Bishop’s Palace.

For a late afternoon snack, grab some “blaa” – a Waterford delicacy for centuries – or allow your passenger a cheeky drink at the Bodega Restaurant & Bar. Take the car ferry across from Passage East to Ballyhack, and admire the profusion of castles and stately homes on Hook Peninsula, from the disused Norman stronghold of Ballyhack Castle to Dunbrody Abbey and Tintern Abbey, before settling down for dinner at the renowned Aldridge Lodge in the coastal village of Duncannon, taking an after-dinner stroll around its Norman bastion. 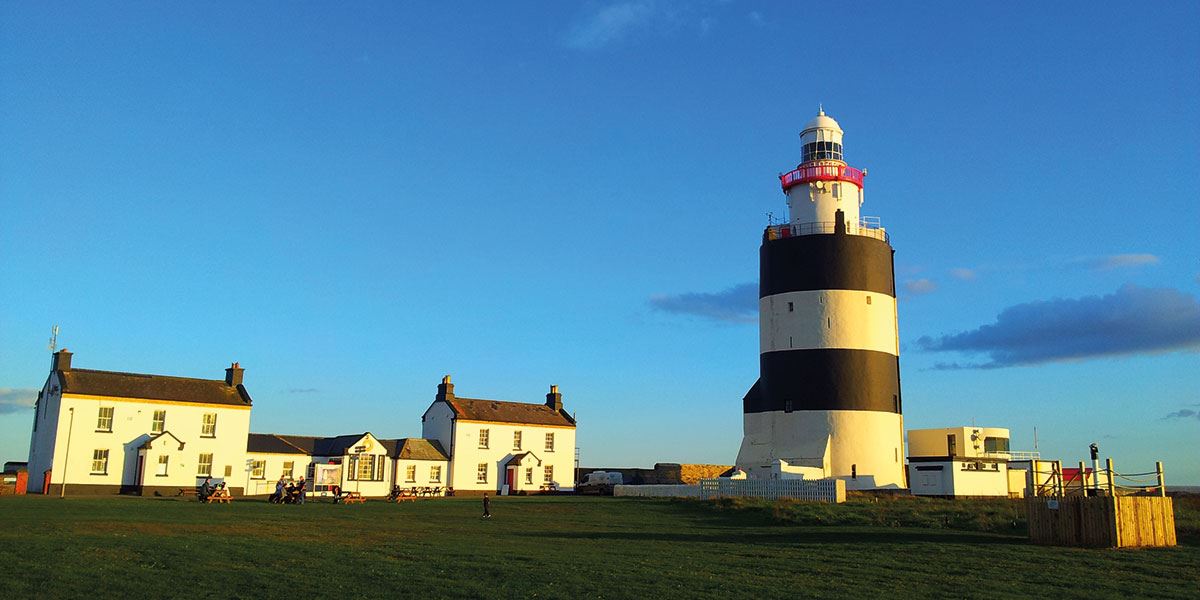 Hook Lighthouse is one of the oldest lighthouses in the world

From here, Hook Lighthouse – the oldest such building still operational – is a short drive, and is a great spot to take in the sunset. Ponder the origin of the phrase “by Hook or Crooke (village)” and relax with a glass at any one of the pubs on Hook Head like Templars Inn.

Tintern Abbey is just over half an hour’s drive to Wexford town, and passes through Wellington Bridge, at the head of Bannow Bay, where Richard de Clare, the Norman lord nicknamed Strongbow, came ashore at the head of the first organised British invasion of Ireland.

Take the car ferry across from Passage East to Ballyhack, and admire the profusion of castles and stately homes on Hook Peninsula

Devote your last day to the historic cultural hub of Wexford, the cornerstone of the region. Explore its lanes, and cafe-strewn alleyways via the town’s heritage trail, starting at Selskar Abbey, rumoured to be where Henry II did penance for the murder of Thomas Beckett. 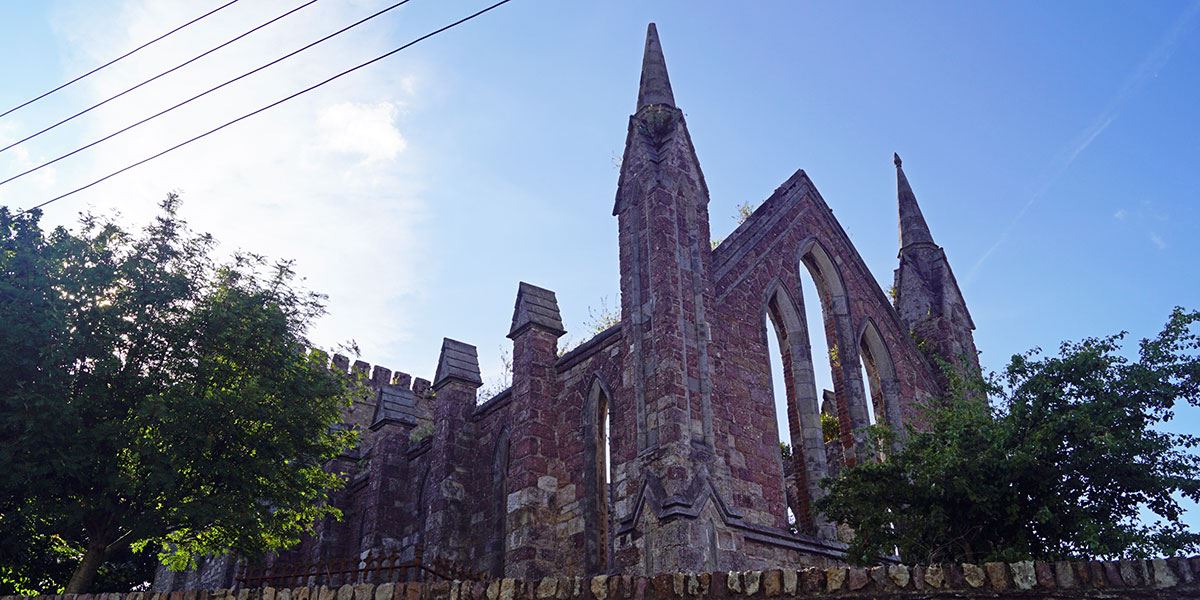 Green Acres in Selskar is a food and wine emporium. After a visit to Curracloe beach (the scene for the famous opening of Saving Private Ryan) or the nearby fascinating Irish National Heritage Park at Ferrycarrig, return to the town for a seafood dinner at La Côte on Custom House Quay, followed by a show at the National Opera House and drinks at Thomas Moore Tavern, named after the local Irish poet.

10 reasons why you will love County Cork

How to spend a weekend in County Cork