Cornwall is a region which is easy to navigate by road, rail, bus, water and even air. We have many options for getting around, not just within the county but further afield too. Read on for ways to get around Cornwall.

Despite being the south-westerly tip of mainland Britain, Cornwall is easy to reach by car – and is less than five hours’ drive from London. The county’s main road is the A30; met by the M5 at Exeter and now dual carriageway almost the entire length of the county. If you’re travelling to South East Cornwall, take the A38 from Exeter instead, arriving via Plymouth and Saltash.

For a more a scenic route along Cornwall’s North Coast, take the A39 – accessible from junction 27 on the M5, or via the A395 between Launceston and Camelford. During peak times, the routes into Cornwall can become extremely congested, so it’s best to travel overnight or early in the morning. 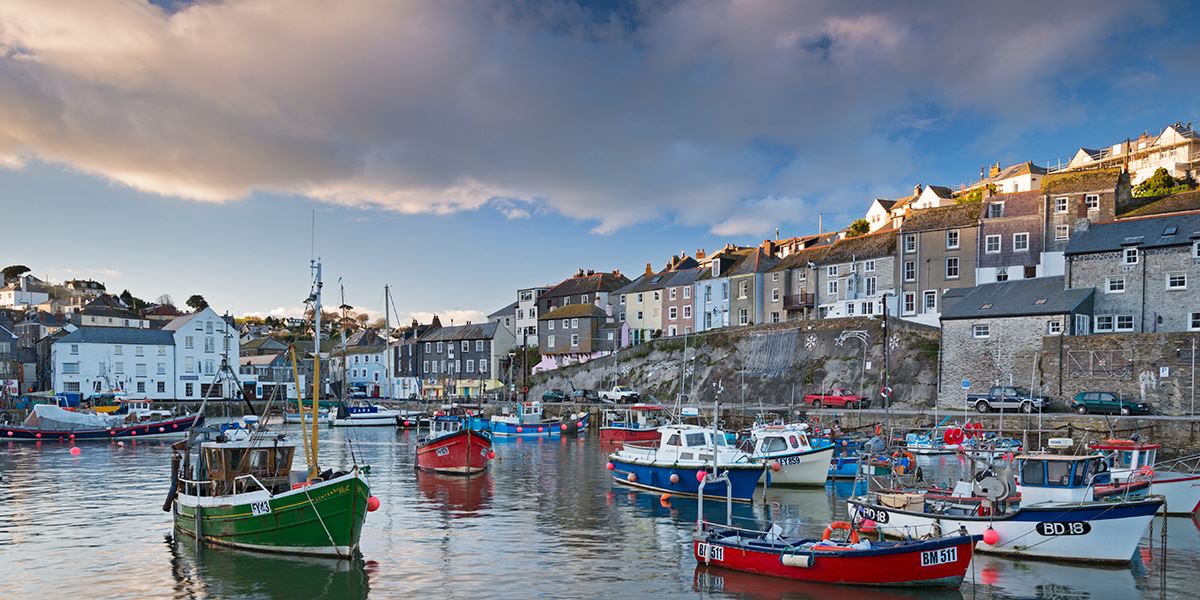 Boats in the harbour at Mevagissey Village

With direct trains from London, Bristol, Bath and Exeter, getting to Cornwall by train couldn’t be easier. The main railway line to Penzance links to a network of branch lines: Hop off at Liskeard to chug along a wooded valley to Looe; at Par to access Newquay’s surf beaches; Truro to reach maritime Falmouth, and St Erth for the scenic coastal railway to St Ives. For train information and timetables contact Great Western Railway.

Cornwall can also be reached from the UK’s major cities by a number of bus and coach companies, including National Express and Megabus. Travelling time by coach is around 7-8 hours from London/Birmingham to Truro.

Fly into Cornwall Airport Newquay on a growing network of flights from London, Ireland, Germany, Spain and Portugal. Onward travel is hassle-free with onsite car hire facilities, an airport-based taxi firm and links to public transport. The airport also offers year-round connections to the Isles of Scilly. For flight routes and timetables check out cornwallairportnewquay.com.

The main railway line to Penzance links to a network of branch lines: Hop off at Liskeard to chug along a wooded valley to Looe; at Par to access Newquay’s surf beaches; Truro to reach maritime Falmouth, and St Erth for the scenic coastal railway to St Ives

The easiest way to explore the nooks and crannies of Cornwall is by car. There are car hire outlets countywide – the biggest selection based at Newquay Airport and in Truro. The A30 links the entire length of Cornwall from Launceston to Land’s End, but it’s worth exploring via some of the coastal roads such as the A39 (dubbed the Atlantic Highway). If you want to share lifts to reduce traffic congestion and travel costs, check out Carshare Cornwall.

Cornwall’s towns, villages and visitor attractions are linked by an extensive network of buses, most of which are run by First Kernow. A few smaller operators and community buses serve specific areas such as West Penwith.

As well as the main train line to Penzance, there are several railway branch lines to Cornwall’s coastal towns including Looe, Falmouth, Newquay and St Ives. For timetables, maps and information check out travelinesw.com.

If you’re planning to visit Truro, Padstow, St Ives, Falmouth or Looe, ease your journey by using the Park and Ride schemes. Park at Lelant Saltings to enjoy a scenic rail journey to St Ives, or leave the car in Penryn and float to Falmouth on the passenger ferry. The county’s most extensive ferry network is Fal River Ferries, which links a number of coastal towns, villages and attractions from Truro and Falmouth to the Roseland Peninsula. A Fal Mussel Card offers unlimited travel on all services. Other passenger ferries include crossings from Padstow to Rock; Fowey to Polruan ferry; Mevagissey to Fowey; Calstock to Cotehele, and Penzance to the Isles of Scilly. 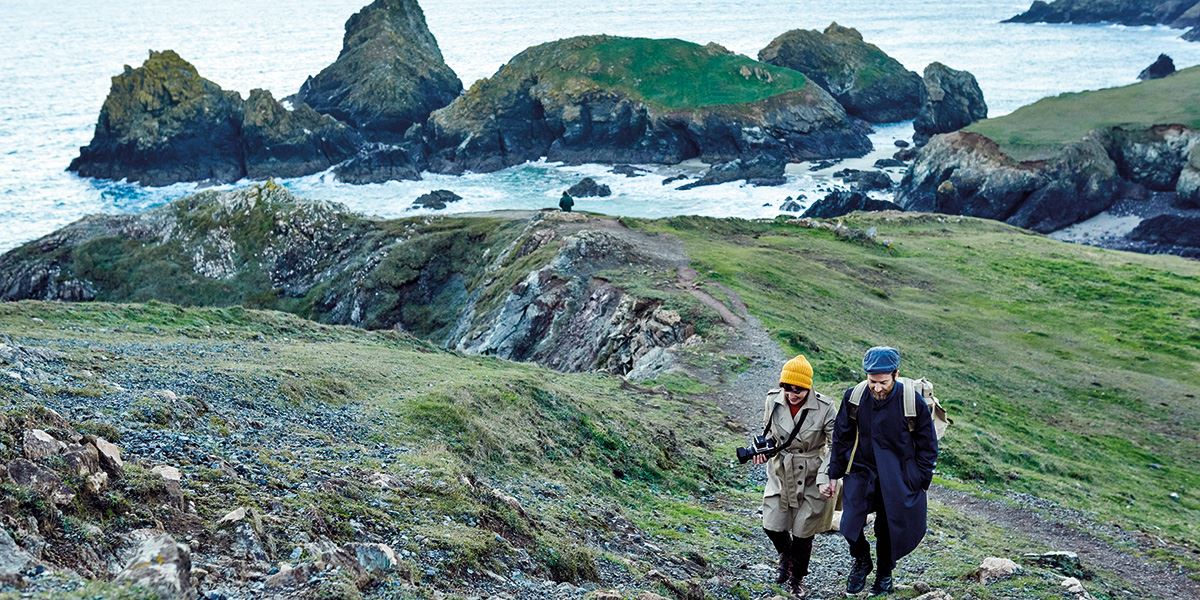 If you prefer to explore on two wheels, hit The Mineral Tramways cycle trails, which include the coast-to-coast route between Portreath and Devoran. Even more popular with cyclists is the Camel Trail, following 18 miles of disused railway from Padstow to Bodmin. The best way to experience the coastal scenery is on foot along over 250 miles of South West Coast Path, which offers sections to suit all levels of walkers. Or why not cross the county on the 27-mile ancient pilgrims’ route of The Saints Way?

Get out and enjoy the great outdoors in Cornwall

Family fun when you’re out and about in Cornwall