History and heritage of County Galway

The first recorded history of County Galway was in 1124, when a fort was built. It grew into a town after a Norman nobleman named Richard de Burgo was granted the area after English invasion.

For the next few centuries, Galway grew as a town and became an important trading port, trading mostly with Spanish and Portuguese sailors. During this time, the 14 tribes of Galway made up the city’s elite, and all important positions and power were held by members of the tribes.

These were the Athy, Blake, Bodkin, Browne, D’Arcy, Deane, Ffrench, Ffont, Joyce, Kirwan, Lynch, Martin, Morris, and Skerritt families. The town was steadily growing in size, but this growth was stunted by two huge fires in 1473 and 1500. The fires caused so much damage because all the buildings were made of wood, but this also meant that they could be rebuilt quickly. Key landmarks of the city were built during this era, such as the Spanish Arch in 1584 and Lynch’s Castle around 1600. 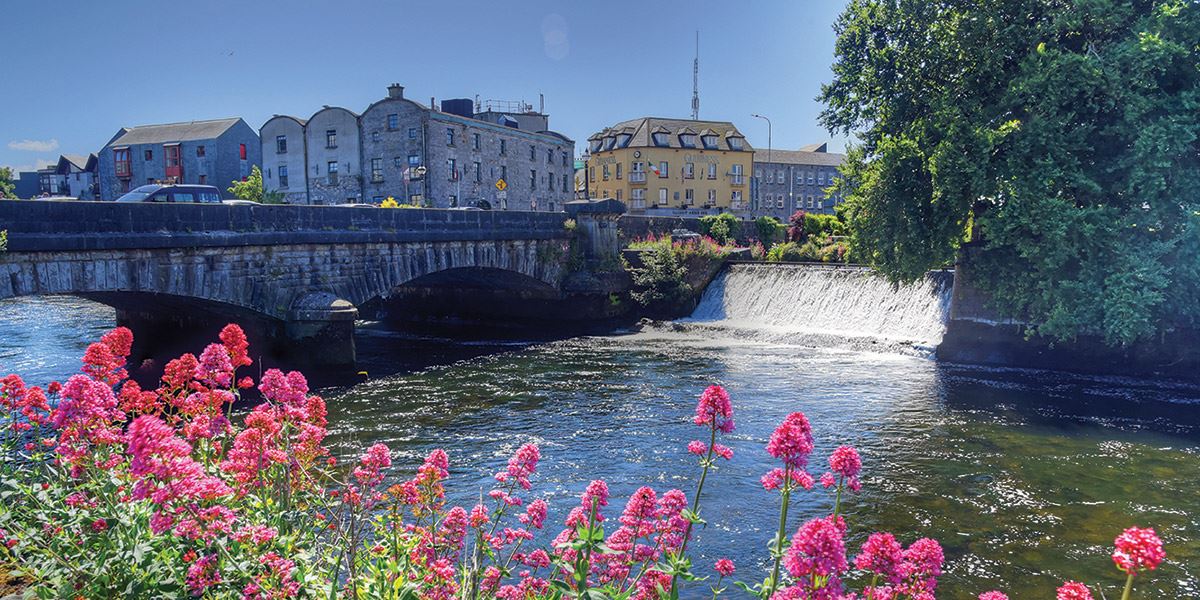 The houses of Galway were once made entirely out of wood

In 1685, Catholic James II ascended the throne and was immediately challenged by Protestant William of Orange. This led to The War of the Two Kings, and its primary battle took place in Aughrim, County Galway. The Battle of Aughrim was fought on 12th July 1691, and involved 45,000 soldiers from eight European nations. The war was won by William of Orange and led to the subjugation of Ireland’s Catholic majority to a Protestant minority.

In 1685, Catholic James II ascended the throne and was immediately challenged by Protestant William of Orange

Centuries of British rule meant that Irish language and culture had been significantly oppressed over the years, and in the 19th century, were in danger of disappearing completely. This was exacerbated further by the Great Famine, which happened between 1845 and 1849. The west of Ireland was hit worse than any other part of the country due to its poor rural population. Galway’s population dropped by more than 100,000 people through death and emigration by 1851, and further emigration meant a drop of another 100,000 by 1891.

Most of the people who left were poor and from rural areas, where Irish language and culture had been less oppressed. As these people left Ireland, they took their culture with them. Those who stayed in County Galway were poorly treated by their landlords. Catholics weren’t allowed to own land, so most people worked as tenant farmers for English landlords, paying high rents and tithes with very little say in their conditions. 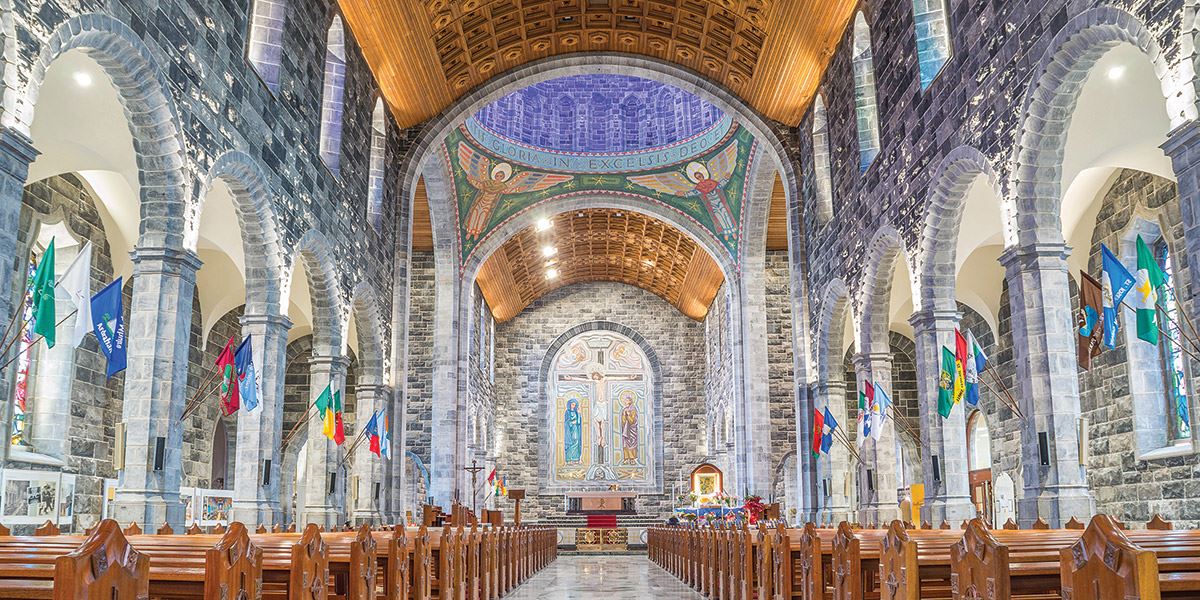 The beautiful interior of Galway Cathedral

Evictions were incredibly common, and the farmers felt what was being asked of them was unreasonable, leading to violent outbreaks across the county. This escalated into The Land War and eventually led to tenants being able to buy the land they worked through a series of laws that were passed between 1870 and 1890.

In the last 100 years, Galway has become much more urban. The city has grown and several suburbs have appeared, creating a hub of industry that attracts companies from all over the world. Towns across Galway have grown larger, and there are now a smaller number of farmers who own larger amounts of land, while others take on a wider range of careers.

Galway city’s Roman Catholic Cathedral was built in 1965, and in the 21st century, Galway has had a huge boom in population and prosperity.

Top 10 things to do in County Galway

How to spend 48 hours in County Galway