The history of Dumfries and Galloway can be traced back to Roman times, since when the region has been visited by Picts, Vikings, Saxons and Danes, before becoming a battleground between the Scots and English.

A number of famous names from history have featured in the past of this corner of Scotland. In the 13th century William Wallace chased the English army back south through the Nith Valley. Victory was to be his and he rested at Caerlaverock Castle before passing through Dumfries on his way back north. Robert the Bruce, before becoming king, attacked and claimed Dumfries Castle, which had been held by the English. He later triumphed at the Battle of Bannockburn and won Scotland’s freedom.

Travel back in time

You can travel back more than 700 years and experience the story of Robert the Bruce by following a trail which visits ruins, caves and locations which played a pivotal role in his and Scotland’s history.

Dumfries and Galloway still boasts a number of castles where these and subsequent battles were played out in a turbulent era. The aforementioned Caerlaverock Castle still has its moat, gatehouse and battlements, and can not be mistaken for its unique triangular shape. Other fortresses worth visiting include Threave Castle, built by Archibald the Grim in the late 14th century and still standing enormously tall. 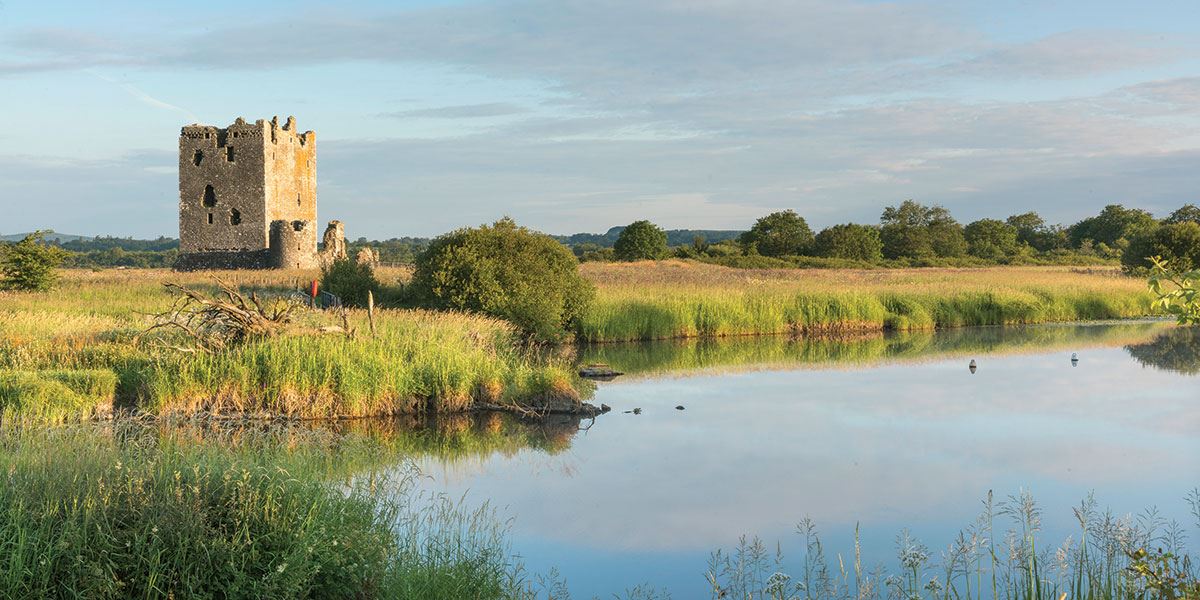 There’s no shortage of things to keep the kids entertained. They’ll love exploring all the different parts of the garden, particularly the play areas and the discovery garden and there are lots of family events happening throughout the year. Look out for the fantastic Sculpture Garden, containing more than 30 works by Scottish sculptors plus Threave Nature Reserve, featuring landscape ranging from wetlands to woodlands.

Move forward to the 18th century and we find Bonnie Prince Charlie in the region, staying with his army in Dumfries while the Duke of Cumberland approached from the south. Only three decades later it was a more peaceful man, Robert Burns, who would move to Dumfriesshire and become the darling of not only the region, but the nation.

Robert Burns House, now a museum, is where he spent the last years of his life, dying in 1796 at the age of just 37. The house gives a picture of how the poet and his family lived in the late 18th century and is a place of pilgrimage for Burns enthusiasts.

You can travel back more than 700 years and experience the story of Robert the Bruce by following a trail which visits ruins, caves and locations which played a pivotal role in his and Scotland’s history

The full history of Dumfries and Galloway can be explored by visiting the many museums in the area. In Whithorn, learn about the beginning of Christianity in Scotland. Whithorn Priory Museum houses a collection of ancient stones relating to St Ninian, who founded the Church here.

Scotland’s more relaxed marriage laws over recent centuries led to Gretna Green’s fame as many couples through history eloped here to wed. Visit the Famous Blacksmiths Shop and surrounding attractions at Gretna Green to find out more and browse a wealth of Scottish souvenirs and tartans from clans which have spanned the ages. Other historical connections include Keir Mill, birthplace of Kirkpatrick Macmillan, the inventor of the world’s first pedal-powered cycle. 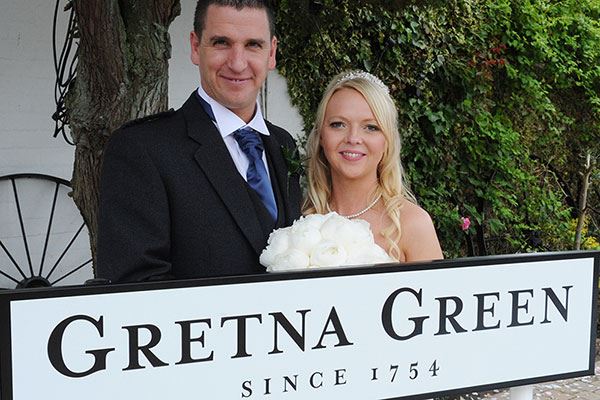 Many couples throughout history have eloped to Gretna Green to wed 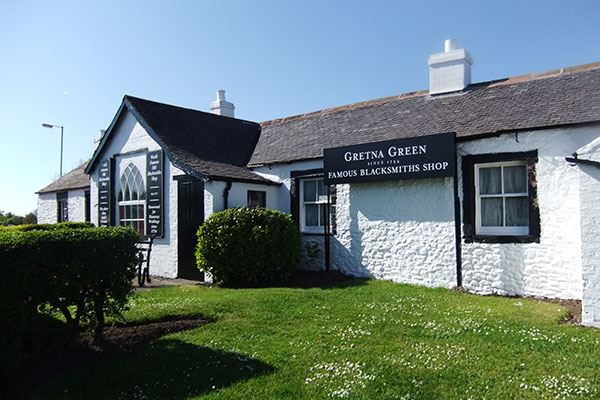 The 20th century saw a brigade of the Norwegian Army set up in Dumfries during World War II. And the region was tragically thrust into the global spotlight in 1988 when the wreckage of Pan Am Flight 103 crashed on the town of Lockerbie after a bomb exploded during the flight, claiming 259 victims on the plane and 11 on the ground.

Today the Lockerbie Memorial Garden of Remembrance stands close to the Dryfesdale Lodge Visitors’ Centre, with an exhibition spanning Lockerbie’s history from prehistoric times to the 1988 tragedy and beyond to the present day. The centre is a tribute to the tight-knit community of Lockerbie. Since opening, it has received many thousands of visitors from home and abroad.

Don’t miss the wonders of Broughton House, an 18th-century Georgian house and former home of Scottish painter E A Hornel, one of the Glasgow Boys. Painstakingly preserved and recreated, it’s a living museum of Hornel’s life and work, packed to the rafters with his paintings and those of his contemporaries, as well as his vast library, which includes one of the world’s biggest collections of works by Robert Burns. Don’t miss Hornel’s Gallery, with its Parthenon frieze, glass ceiling, panelled walls and huge marble fireplace, or his bright, airy studio at the back of the house. Nestled behind the house, backing on to the River Dee, is Hornel’s beautiful garden. Greatly influenced by his love of Japan, it’s a curious and colourful mixture of Eastern and Western horticulture and sculpture that is a delight to explore.

A taste of Italy in Sorbie