History and heritage of Norfolk

Norfolk’s history goes back millions of years and the coast especially is home to some important archaeological sites. It’s the north east coast that furthered our understanding of prehistoric times as it contains one of the best preserved Neanderthal sites in the country.

The oldest evidence of humans outside Africa’s Great Rift Valley has been found at Happisburgh. This part of the UK used to be joined to another land mass and the climate would have been much like Africa’s great plains, animals and all. Another important find came in Happisburgh, when a 550,000-year-old flint hand axe was found preserved in the peaty deposit of a former forest. Until this was found we’d always thought that human colonisation hadn’t reached this far north until 100,000 years later. You can see this history making flint tool at the Norwich Castle Museum.

Jumping forward to 2049BC, one of Norfolk’s wonders was created; Seahenge. This circle was discovered in 1998 after tidal surges uncovered it on the beach at Holme-next-the-Sea. It was made of oak trunks cut with metal axes – another important discovery that helped show how advanced society was at the time – and is now on display at the Lynn Museum in King’s Lynn. 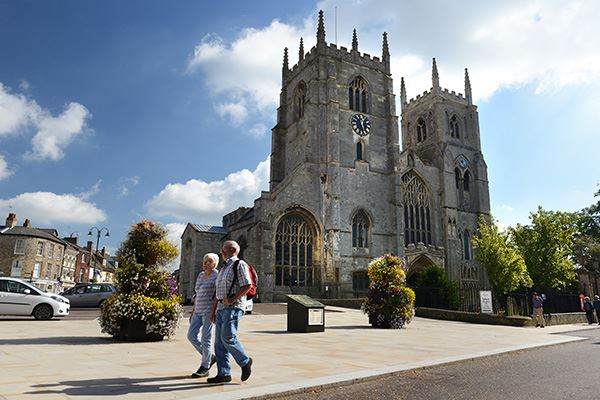 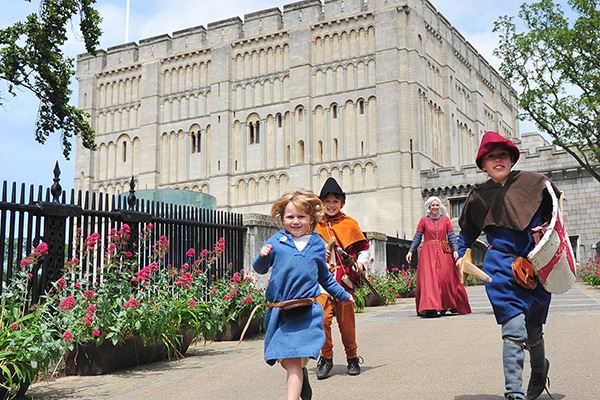 Before the Romans invaded Iron Age Britain, Norfolk was home to the Iceni tribe and their famous leader Boudicca, who led an unsuccessful revolt against the Romans in around AD 60. Norfolk’s Roman and Iceni history is best seen from the River Tas and the ruins around Caistor St Edmund, which forms part of the Boudicca Way.

Norwich as we know it began as a small Anglo-Saxon settlement, which soon grew into a town thanks to its strong trade position on the Wensum. According to the Doomsday Book, in 1086, Norwich was one of the largest towns in England.

Before the Romans invaded Iron Age Britain, Norfolk was home to the Iceni tribe and their famous leader Boudicca, who led an unsuccessful revolt against the Romans in around AD 60

The Normans began on Norwich’s cathedral in 1096 but it wasn’t consecrated until the 12th century, around the same time Norwich’s wooden keep was rebuilt in stone. The stone walls surrounding the city were built from 1297 to 1334 and you can still see parts of these dotted around the centre.

Norwich gained a boost to its population in the 16th century when a group of people known in local dialect as The Strangers came to the city fleeing religious persecution in Europe. These people brought their canaries with them and the people of Norwich began rearing the birds as a hobby, something it became known for by the 18th century and the reason Norwich City Football Club is nicknamed The Canaries. 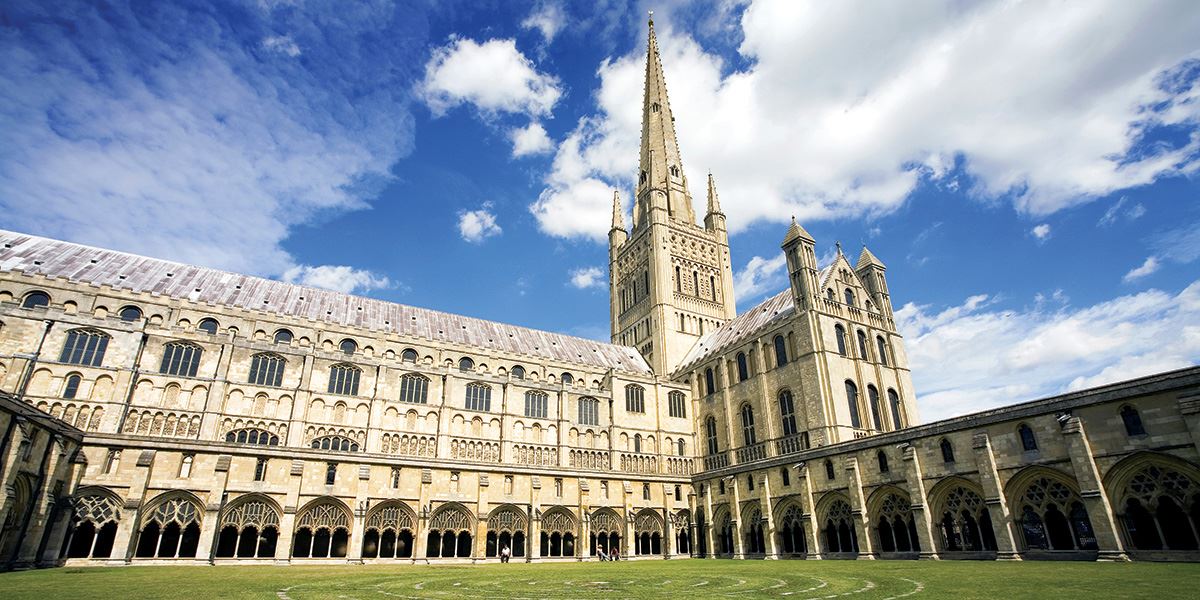 Norwich Cathedral was consecrated in the 12th century

As England’s second city for a long time, Norwich developed an impressive textiles and leather trade. In the Victorian era a thriving shoe and boot industry was established and new ventures such as Colman’s Mustard and Caley’s Chocolate began, and became enduring legacies of the city. Norfolk played a big part in the Peasants’ Revolt of 1381 with the final confrontation taking place in North Walsham.

The county is also the birthplace of Horatio Nelson and you can see plenty of his influence throughout Norfolk in museums, pubs, place names and more.