History and heritage of Worcestershire

Worcestershire has played a key role in the nation’s history and there are many locations and attractions where visitors can step back in time. As you’d expect, Worcester is at the heart of things.

One of England’s loveliest cathedrals

The city is one of the oldest in the country with evidence of settlements dating back to 700BC. It was fortified in Saxon times and its history can still be seen in the landscape today, from cobbled Tudor streets to elegant Queen Anne architecture. The street layout hasn’t changed since the Middle Ages and the High Street follows the Roman thoroughfare.

One of England’s loveliest cathedrals, Worcester Cathedral is located on the banks of the River Severn. Construction of the present building began in 1084 and its attractions include the tombs of King John and King Henry VIII’s elder brother Prince Arthur. The Battle of Worcester in 1651 was the last battle to be fought on English soil and the city boasts its own Civil War Museum in the building which served as the Royalist forces HQ. 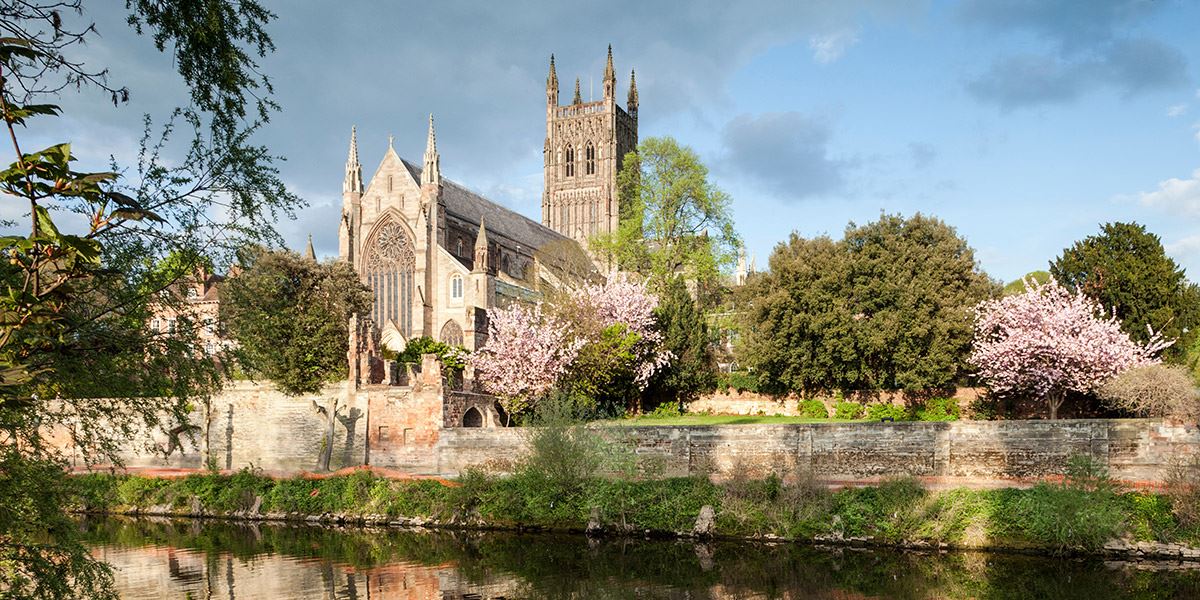 Worcester Cathedral dates back to 1084

The Commandery, though just a short walk from the city centre, was outside the city walls at the time of the conflict and you can lose yourself for many hours discovering the story of the battle and participants on both sides. Worcester is not the only location in the county to have witnessed the brutality and chaos associated with battles.

The Battle of Evesham in 1265, during the Second Barons War, ended in defeat for Simon De Montford, Earl of Leicester, by King Henry III and is commemorated in annual re-enactments. As the Industrial Revolution gained momentum, Worcestershire became heavily involved in manufacturing and distribution.

One of England’s loveliest cathedrals, Worcester Cathedral is located on the banks of the River Severn.

Stourport-on-Severn came into being around the canal basins at the Severn terminus of the Staffordshire and Worcestershire Canal, completed in 1768, and was one of the leading distribution centres for goods to and from the West Midlands. Bromsgrove gained notoriety in the 18th and 19th centuries as a major centre for the nail making industry and famous works by the Bromsgrove Guild of Applied Arts, which ran from 1898 to 1966, include the main gates at Buckingham Palace and the liver birds on the Royal Liver Building in Liverpool.

Also in the north of the county, Kidderminster was the celebrated centre of the UK carpet industry and the Museum of Carpet – the only museum in the UK dedicated to carpet and carpet making – celebrates its proud heritage through displays, hand loom and power loom demonstrations and hands on activities. 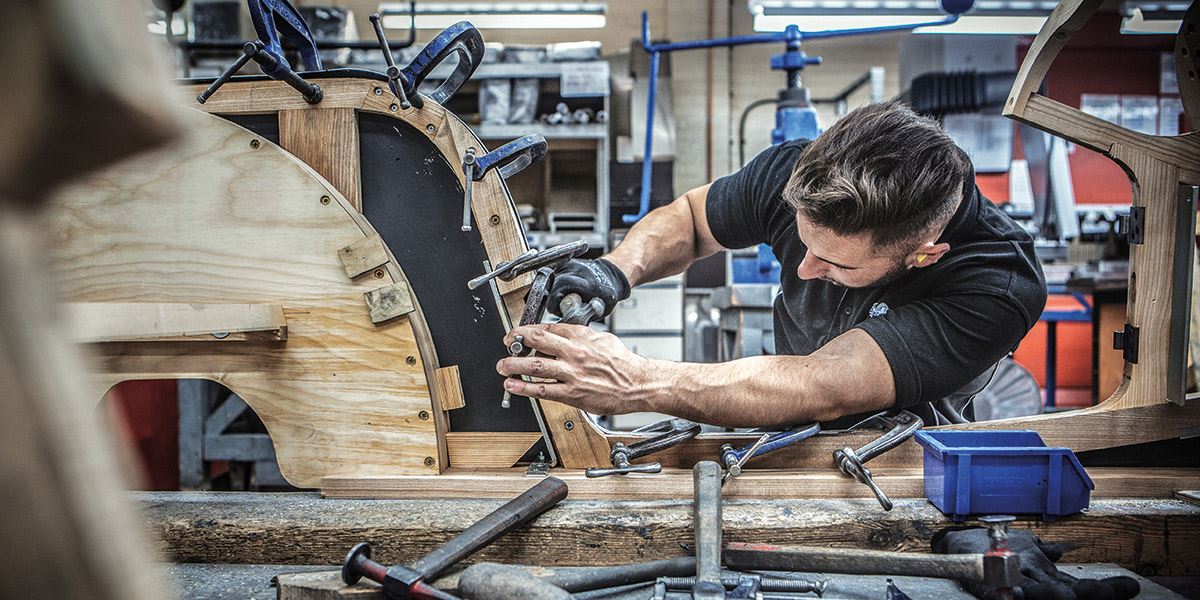 Take a factory tour of the Morgan Motor Company

Famous for their unique blend of craft, heritage and pure driving experience, the Morgan Motor Company has been manufacturing quintessentially British vehicles in Malvern for more than 100 years. Three core elements – ash, aluminium and leather – are used. Guided factory tours are available for motoring enthusiasts.

Completing our jaunt through history with a salty tale, the natural brine at Droitwich is ten times saltier than sea water – only the waters of the Dead Sea are as concentrated. In the 19th century John Corbett transformed the exploitation of the brine at Droitwich into an industrial operation – making a fortune in the process and becoming known as the “Salt King”. Canny businessman Corbett also developed the brine baths, which are sadly now closed, turning Droitwich into one of the most popular Spa towns in the country.