With improved transport links it’s quick and easy to get to Cornwall from every corner of the country, which has put the region on the map as a prime short-break destination. Here’s how to spend 48 hours here.

Fly directly into Newquay and head straight to the heart of town to check the surf over morning coffee at Box & Barber. Strike out south along the coast path to the 14th-century Huer’s Hut, where you can look out at the coastal panorama from where the ‘huer’ would shout “Heva, Heva”, to alert local fishermen when shoals of pilchards came into the bay.

From here it’s only minutes on foot to Fistral Beach for a surf lesson at the UK’s surfing capital. Fuel up with a lazy lunch watching the world-class waves – choose from pizza and cider at The Stable, global cuisine at Rick Stein’s or local seafood at The Fish House. 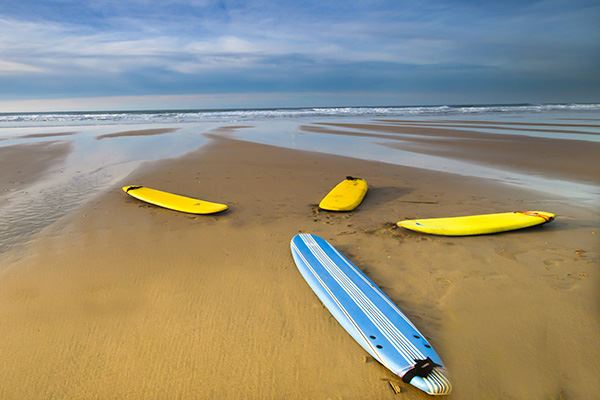 Catch the surf at Fistral Beach 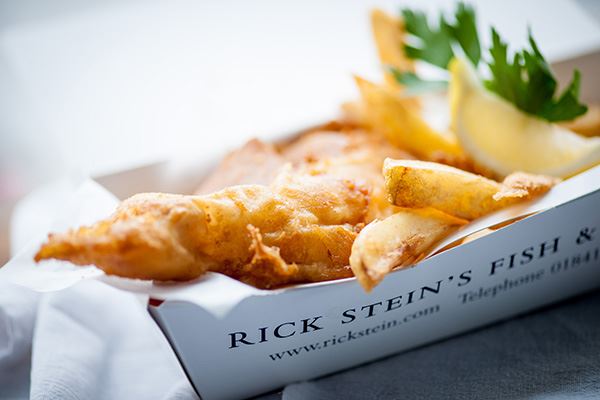 Tuck in to Stein’s Fish and Chips on the beach

Once you’ve kitted yourself out in surf fashion at the cluster of waterside shops, it’s time to get behind the wheel and make tracks north to the market town of Wadebridge, pausing at the Camel Valley Vineyard to sample award-winning vintages. Then swap four wheels for two and hire a bike from Bridge Bike Hire to freewheel along the Camel Trail to Padstow. Once you’re in Cornwall’s foodie mecca don’t waste too much time queuing at Stein’s Fish and Chips – there are plenty more places to stuff yourself to the gills in the heart of town and beyond. Instead fill your picnic basket with pasties and sweet treats at Stein’s Patisserie and hop on the Black Tor Ferry to cross the estuary to Rock.

Climb the grassy knoll of Brae Hill to capture the scenery that inspired Poet Laureate John Betjeman, and then feel the sand between your toes on beautiful Daymer Bay. Returning via the wonky-steepled St Enodoc Church where Betjeman is buried, quench your thirst with a locally-brewed beer at The Mariners yachtie pub in Rock. It’s up to you whether you hop back on the ferry for dinner in Padstow or press on to Outlaw’s Fish Kitchen in pretty Port Isaac.

Strike out south along the coast path to the 14th-century Huer’s Hut, where you can look out at the coastal panorama from where the ‘huer’ would shout “Heva, Heva”, to alert local fishermen when shoals of pilchards came into the bay

Treat yourself to breakfast then hotfoot down the A30 to Lelant Saltings and board the coastal railway to St Ives. Soak up the views made famous across the globe via John Miller’s paintings, and disembark beside the pearly sands of Porthminster for lunch at the Michelin-starred Porthminster Beach Café. You’re bound to loiter in the boutiques and arty haunts that line the cobbled streets, but make sure there’s time to admire the monumental sculptures in the Barbara Hepworth Museum and Sculpture Gardens, and take a spin around the Tate St Ives. 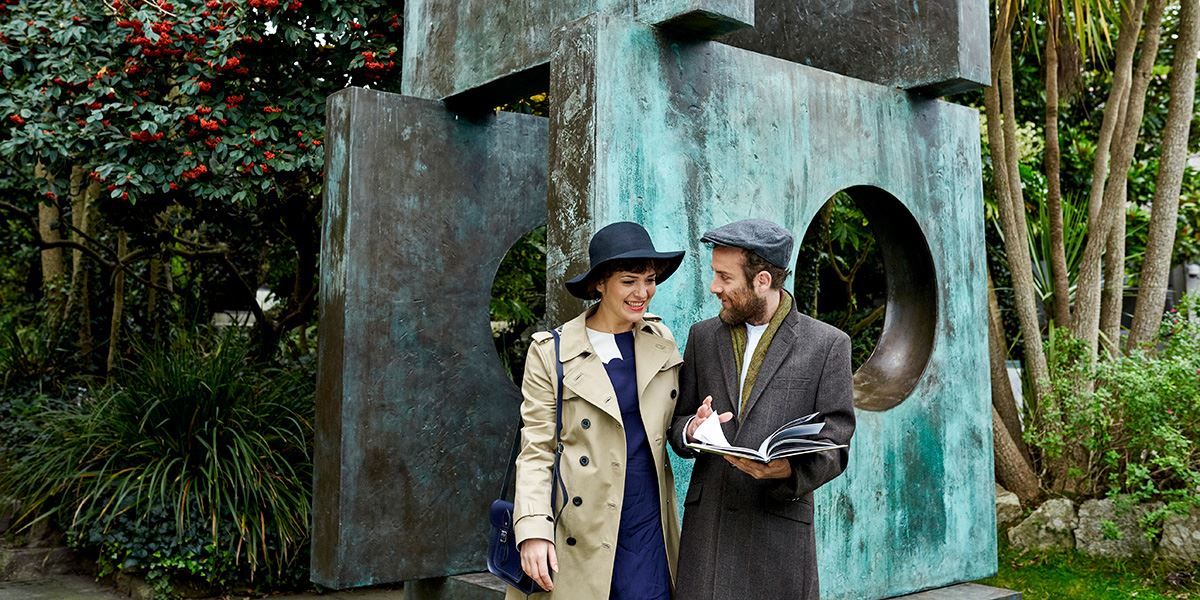 Dip into the history of this fishing village turned artists colony at the St Ives Museum (once a pilchard curing cellar) before strolling around ‘the island’, keeping your eyes peeled for dolphins and climb to the tiny St Nicholas Chapel on the way to surf-lashed Porthmeor. While the walk from Porthmeor to Zennor is possibly one of the finest four-hour stretches on the entire South West Coast Path, save time by hopping on the open-topped bus to the wild little place much-loved by DH Lawrence and steeped in tales of a legendary mermaid.

After a pint at the traditional Tinners Arms, follow the coast road to the westerly tip of mainland Britain to take a souvenir photo on Land’s End. Instead of getting caught up in the ‘theme park’ attractions here, backtrack a mile or so to Sennen Cove for a sundowner and seafood feast overlooking the crashing waves at Ben Tunnicliffe’s Michelin-starred restaurant. If you want a whirlwind trip around the best of Cornwall in 48 hours, tailor-make a private itinerary with an expert guide at Tour Cornwall.