The best Newcastle and Gateshead pubs and restaurants to visit

Newcastle and Gateshead never rests on its laurels and there's been an explosion of new bars and restaurants. Here's the best of them…

By The River Brew Co.

Any visitor to the Quayside will have noticed the newest addition to the banks of the River Tyne, sitting as it does next to the Tyne Bridge in Gateshead. By The River Brew Co. is a welcome addition to the region’s eating and drinking scene and the recent sunny weather has meant tables full of customers lining the Gateshead Quayside, just between the Swing Bridge and the Tyne Bridge. 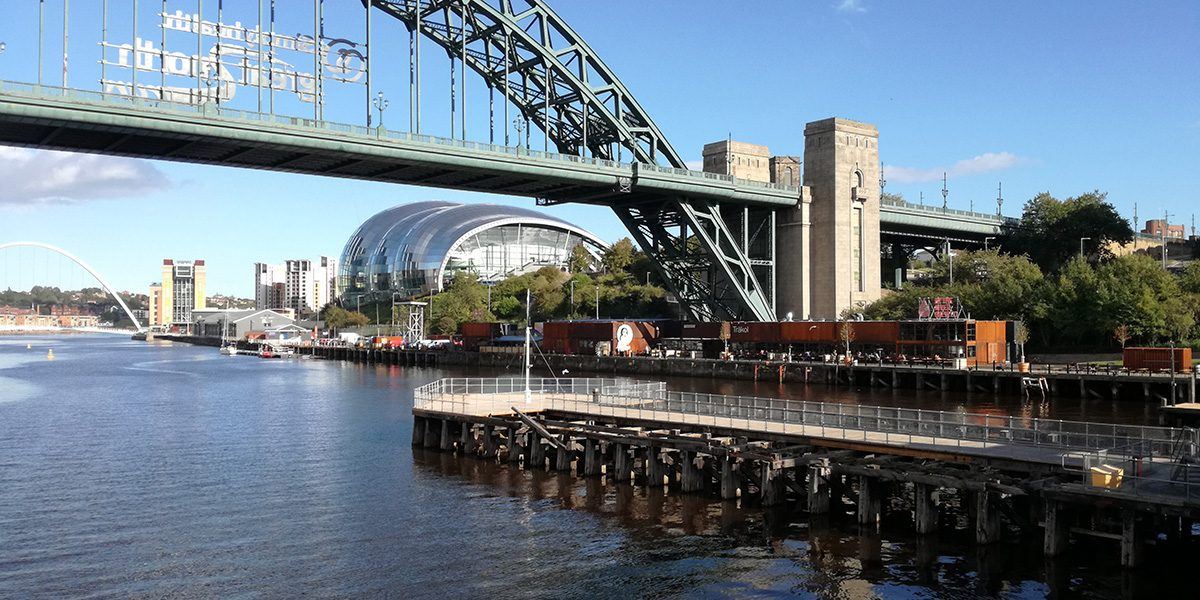 During the summer months, HWKRMRKT, a collection of 15 independent street traders selling pizza, oysters, tacos, burgers, ice creams, cakes, crepes and waffles is open too. The complex also includes the more upmarket Trakol restaurant, where the bar is located.

Also there are Kaltur, which also has a Spanish restaurant on High Bridge in Newcastle, gourmet burger specialists Lola Jeans, seafood company Oktupus, Papa Ganoush and Scream for Pizza, Cakes Contour, Chay Chay and Le Petit Creperie, alongside melted cheese firm Cheese Sir. Mildred’s Twisted Ankle will be serving gin while That’s Nice Dear will be selling cocktails. The complex has a token system rather than cash.

Leila Lily’s, at Grey Street – the most exclusive, prestigious address in the city – is the first venue on Tyneside to house three distinct areas; a bar, restaurant and nightclub, all under one roof. And no expense has been spared to make it the most opulent, theatrical and impressive destination in the city.

The site at 2-12 Grey Street, which is also home to The Grey Street Hotel and award-winning All About You Spa – is owned by the Malhotra Group, which owns a portfolio of bars, hotels and restaurants across Tyneside. 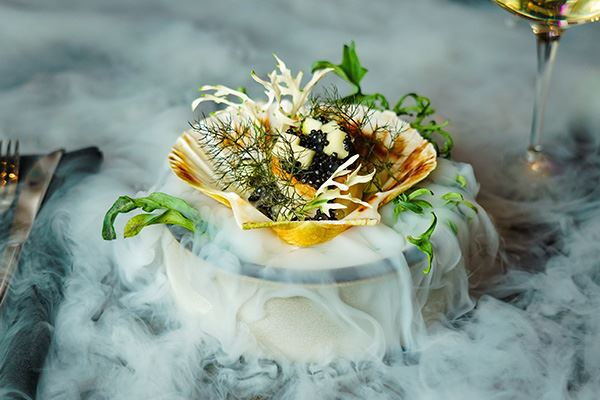 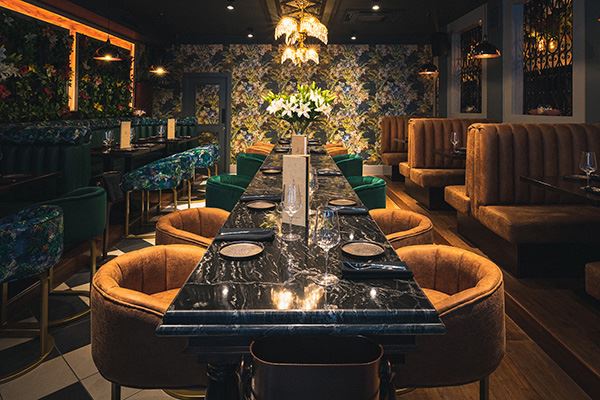 Dine and drink in style at Leila Lily’s

Designed to be the group’s flagship venue, Leila Lily’s covers two floors, with the bar and restaurant at street level. Heavily garlanded with flowers and with a rich colour scheme of forest green, rose gold and blush pink velvet seating, every item, from the crockery and glassware in the bar and restaurant to the ornate wall coverings and bathroom fittings, is bespoke.

Louie’s Liquor Store, at Nelson Street, officially opened in December 2019 with live bands until late. The venue takes inspiration from the bars of the American Deep South, with spacious booths, a distressed wooden interior and a huge stage – fit for its ambitious entertainment programme. 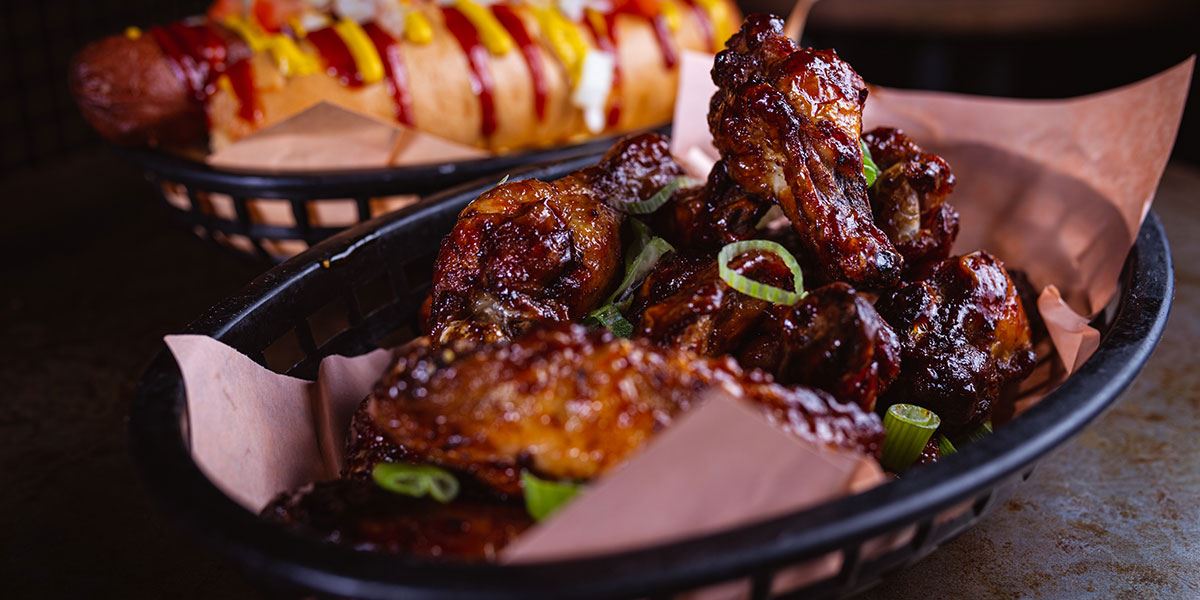 Those visiting Louie’s Liquor Store during the week can make the most of a quiz night, food challenges, live comedy and music

Those visiting during the week can make the most of a quiz night, food challenges, live comedy and music, and Sing for Wings – an open mic night hosted by David Stoker where the audience decides who is good enough to get a free serving of chicken wings. Fans can enjoy live screenings of their favourite sports, including football, NFL games and boxing.

The building already has a long and eventful history, having narrowly survived the Great Fire of Newcastle Gateshead in 1854 which had destroyed many buildings to the west of number 63.

Historic records show the building played an important role in the history of the river after it was built in the late 18th century to early 19th century, with a shop of the lower floor, a house on the upper floors, and trade directories showing how it was home to Matthew S Dodds, a printer of books, maps and charts until around 1968. 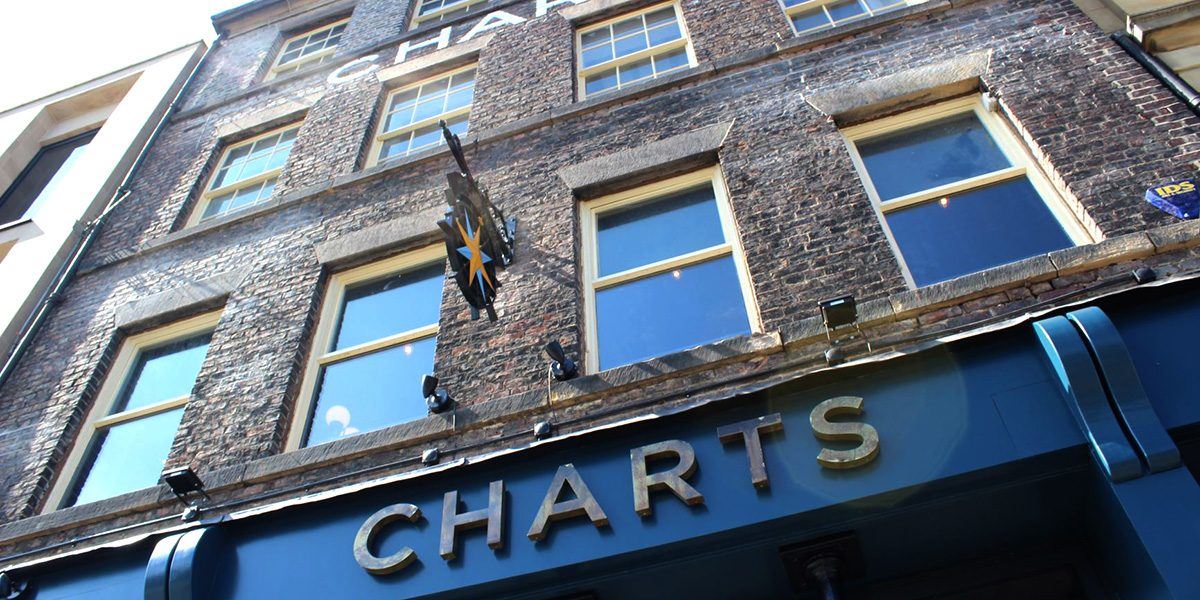 Charts is a stylish new bar and eatery serving up a wide selection of real and cask ales, wines and spirits

It was here that sailors setting out on a voyage came to buy maritime charts that showed not only the safe passages and perilous channels of the River Tyne but also of the seas and oceans of the world.

The original ‘Charts’ signage can still be seen on the front of the building and provided the inspiration for the venue’s new name. From 1968 it became Christies pub and nightclub and then Flynn’s. By the early 2000s the bar closed and has remained empty.

The vibrant rum bar and cantina brings the sizzling Cuban heat to the heart of the city with its new venue in Cloth Market. Opening in the building previously occupied by famous haunts Destiny and Pig & Whistle, the four floor Latin American venue provides a cocktail list driven by premium Cuban rums, Revolución de Cuba’s drinks menu is influenced by long Havana nights. 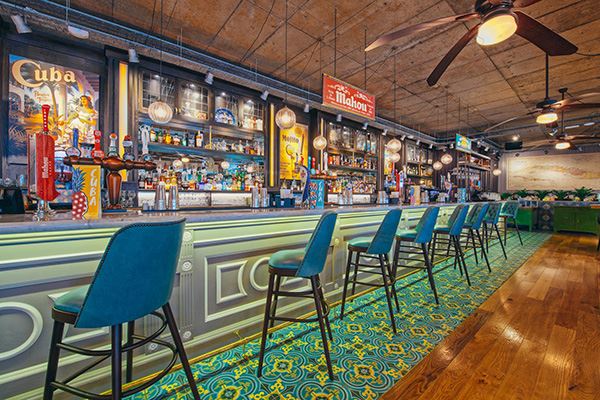 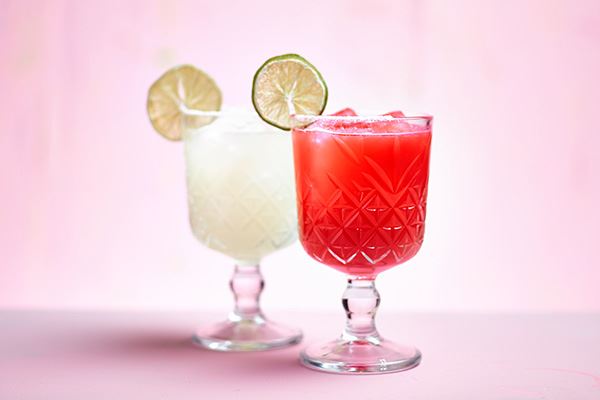 Why not try an expertly-made cocktail?

It also provides Latin-inspired food, such as the savoury Dirty Churros which come dusted in spiced sugar and topped with Manchego cheese sauce and pickled onions; and the Quesadilla Burger filled with mozzarella, hot chilli cheese, spinach and serrano ham. Tiempo de fiesta!

The newest addition to Newcastle’s nightlife, STACK, which is constructed entirely from shipping containers, has opened on the site of the old Odeon cinema on Pilgrim Street.

The bustling venue features shops on its outside lower level, with a focus on North East independent retailers. There’s beer and wine stores, a beauty salon, coffee bar and even a yoga space. 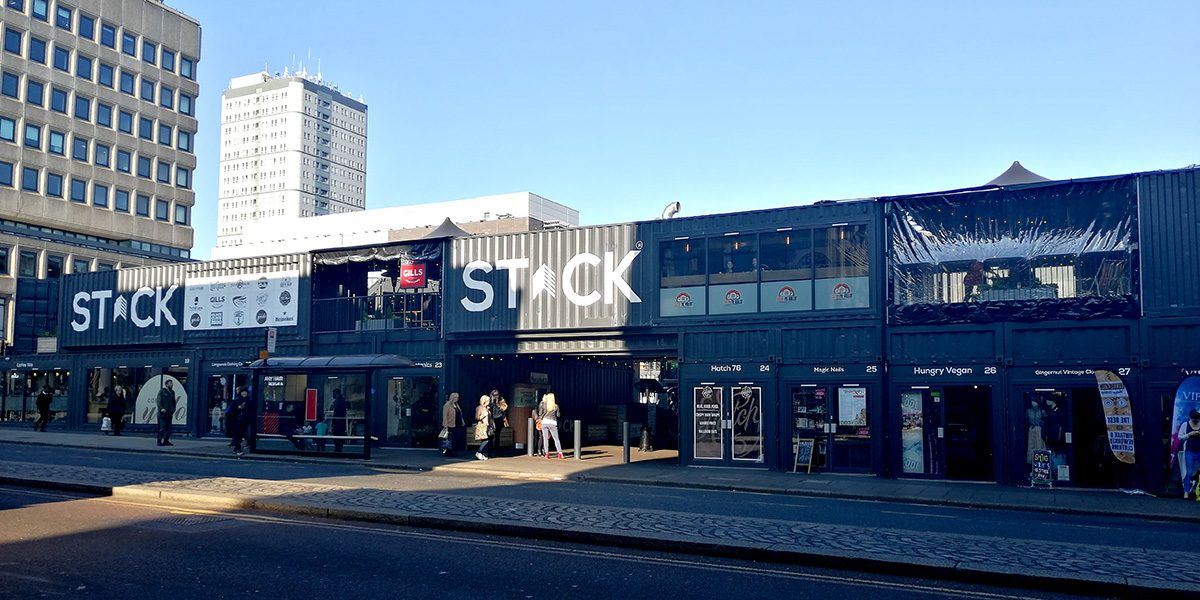 Inside, there is a seating area in the centre with long tables, and a ‘pop-up’ space which currently houses the ‘Enchanted Garden’ marquee. It’s perfect for all ages with everyone from trendy hipsters to fifty-somethings.

The Enchanted Garden has a bar, seats and hosts live music acts. The theme is set to change every three months, with the tipi set to return in the autumn, and an ice bar in the New Year.

Bars are dotted around the perimeter, while on the upper level there are food stalls and additional eating space. It’s a perfect addition to a site that has been blighted the city for years.

Experience Manchester’s nightlife scene and enjoy a legendary night out

The best clubs in Newcastle

8 of the best cocktail bars in Brighton