Belfast is a city that knows how to enjoy itself. So when the population is dressed up and daytime turns into party time, there’s a superabundance of pubs and hostelries to enjoy while the club scene is off limits owing to the pandemic.

Hell Cat Maggies is a cool place to kick off the evening. It has great views of the City Hall and environs, and the crowd is youngish. You can sample the food, typically superior pub grub like Bang Bang chicken or trad Irish fare like beef and Guinness Irish stew with cheesy soda bread on the side then sample a beer or white Russian while listening to some decent sounds.

For high style, literally, you have to try out The Perch Rooftop Bar in Franklin Street at the centre of Belfast’s industrial heritage. On the 5th floor, it’s an extremely cool, slightly industrial space. Cocktails like a Cobbler are the drink of choice, or a prosecco, and star DJs such as Jay Kay (house) and Conor Magavock (soulful house) still happily ply their trade. 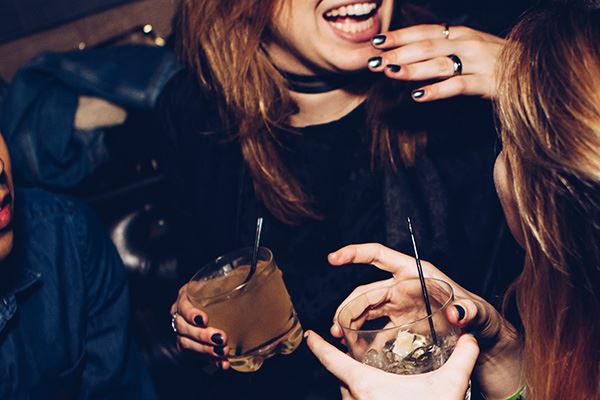 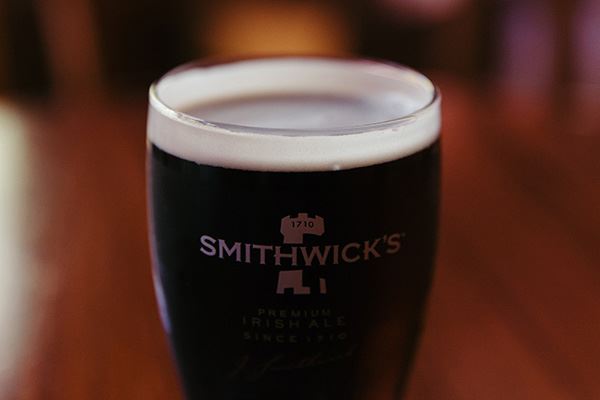 In terms of city pubs, you’re spoilt for choice in Belfast. White’s Tavern known as the oldest pub dates from 1630 and is situated handily in the centre, offers good drink, an open fire in the right season and an old school menu for those who like club sandwiches and baked Alaska.

The John Hewitt bar looks old, but isn’t, and attracts a cultured clientele with atmosphere and reasonable prices and on Saturday evenings from around six has a live traditional Irish come-all-ye.

For high style, literally, you have to try out The Perch Rooftop Bar in Franklin Street at the centre of Belfast’s industrial heritage – on the fifth floor, it’s an extremely cool, slightly industrial space

Kelly’s Cellars is another institution, looks old and definitely is, provides great craic and Guinness. Another Belfast institution is McHugh’s Bar and Restaurant. The handsome Georgian building dates to 1711 and it’s opposite the city’s leaning Albert Clock. It has four big rooms with a traditional Irish pub, a bar in the basement, a popular restaurant (try the potato boxty) and a private dining venue. As you try a pint of the dark stuff, you might catch buskers outside. 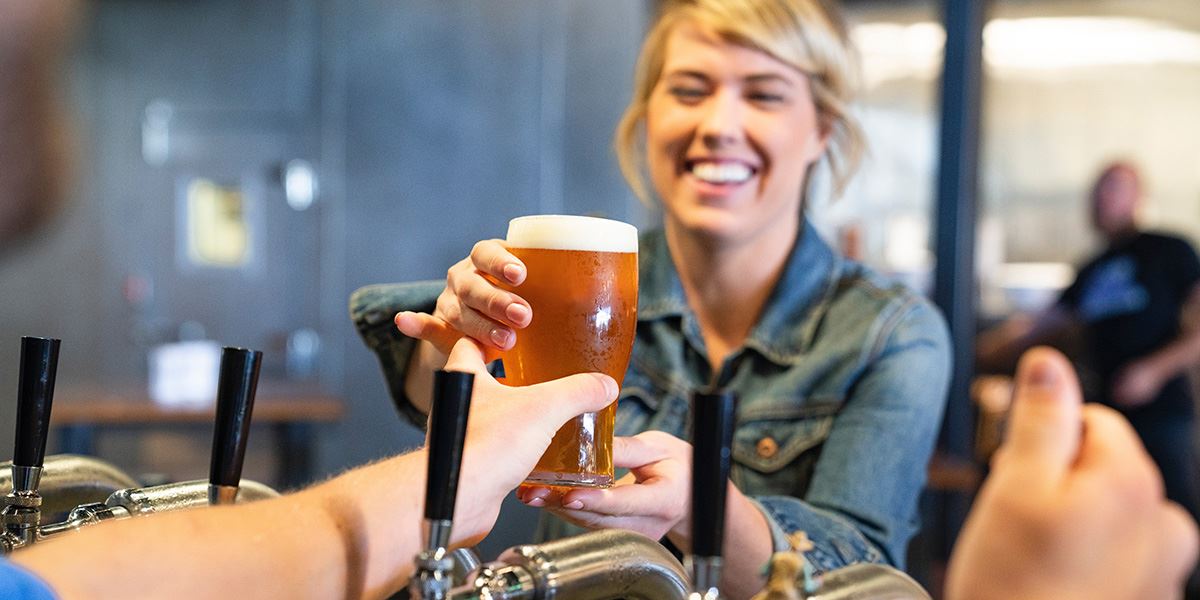 The Dublin Road area is popular with students

Filthy McNasty’s in the Dublin Road is one of the fashionable downtown bars with decor based on your auntie’s non-designer sitting room. It’s relaxed, the drinks are affordable, the staff friendly. Just opposite is the newest bar on the block, The Points Belfast, a reworking of Auntie Annie’s but now a traditional Irish pub which is popular with students.

Bohemians will like The Sunflower pub in Kent Street at lunchtime or later. Formerly an old-style Belfast boozer (with cage), it’s now cool green and yellow, provides some food at weekends and in normal times hosts great music and drama events by companies like Shot Glass Productions. There’s a beer garden and a range of craft beers. 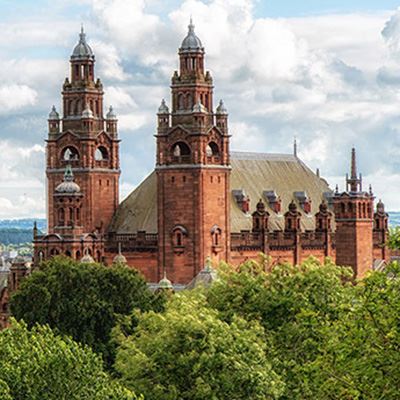 Love Belfast? Why not try Glasgow? 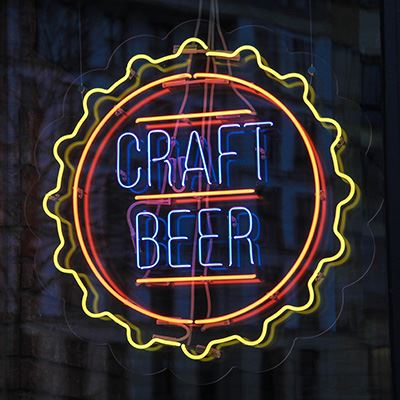 Total extroverts – and this could be fun with a group of you – might enjoy the booze bus tours offered by Wee Toast Tours. Fifteen hardy souls pedal round town, quaffing away, and get to see the sights in an unusual way.

People-watching always makes for a good night out and if you fancy some casual celeb-spotting plus a decent cocktail, you should head for Belfast’s newest plush bar, House on Botanic Avenue, occupying the ground floor of a 3-star hotel. It has a cherry tree behind the main bar, a magnificent balcony open to the street in summer, and you’ll bump into some of the beautiful people while supping your Espresso Martini .

The famous Crown Liquor Saloon bar is also popular with celebs, and when Prince Harry and Meghan were in town (pre-wedding), they had a pitstop here. Opposite the Europa Hotel, it’s hosted names from rockers like Shane McGowan to comedians such as Billy Connolly and actor Gillian Anderson has been spotted in one of the Victorian snugs. 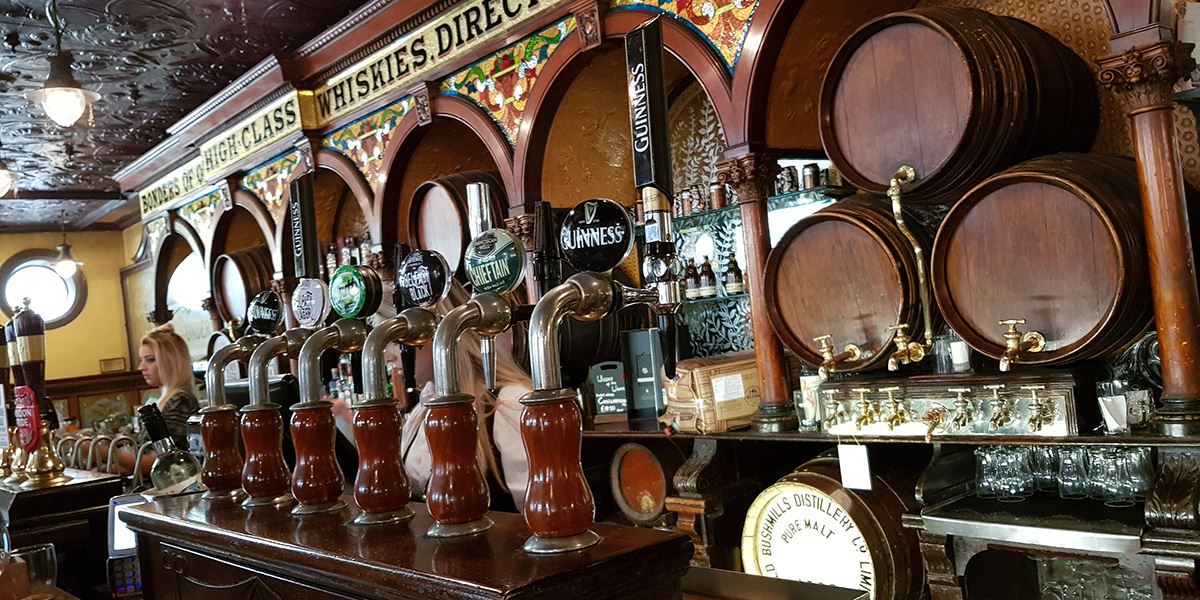 Crown Bar is revered for its eclectic range of real ales

One pub that is always full is the Duke of York in Commercial Court. They have some live music, decent Guinness and in summer the crowd spills into the alley outside where Snow Patrol staged their first ever gig. For somewhere a bit different, you could try tiny Bittles Bar just behind Victoria Square. It’s snug, is the first port of call on the popular Taste and Tour NI Whiskey Walk, does nice food and the cartoons of literary figures and politicians add interest.

In the centre of town, the historic 19th-century Garrick pub has a relaxed back bar, with good wine, and its name may be linked to London’s Garrick Club. Lavery’s Bar in Bradbury Place is also a traditional pub but with a slightly louche atmosphere, popular with students and punters alike. There is often music upstairs and Lavery’s back bar attracts the more adventurous tippler. Next door is Woodworkers, a quieter, more sophisticated extension.

Check out some of the city’s old traditional boozers

Top bars and clubs for a night out in Belfast