There are so many things to do in Cambridgeshire, but here are the top 15.

Have a bun fight

Indulge yourself with a Chelsea bun at the famous Fitzbillies cake shop, which has been serving the sticky buns since 1922. They are so popular that the shop offers worldwide mail order! You can also stop for a coffee or lunch at the cafe. 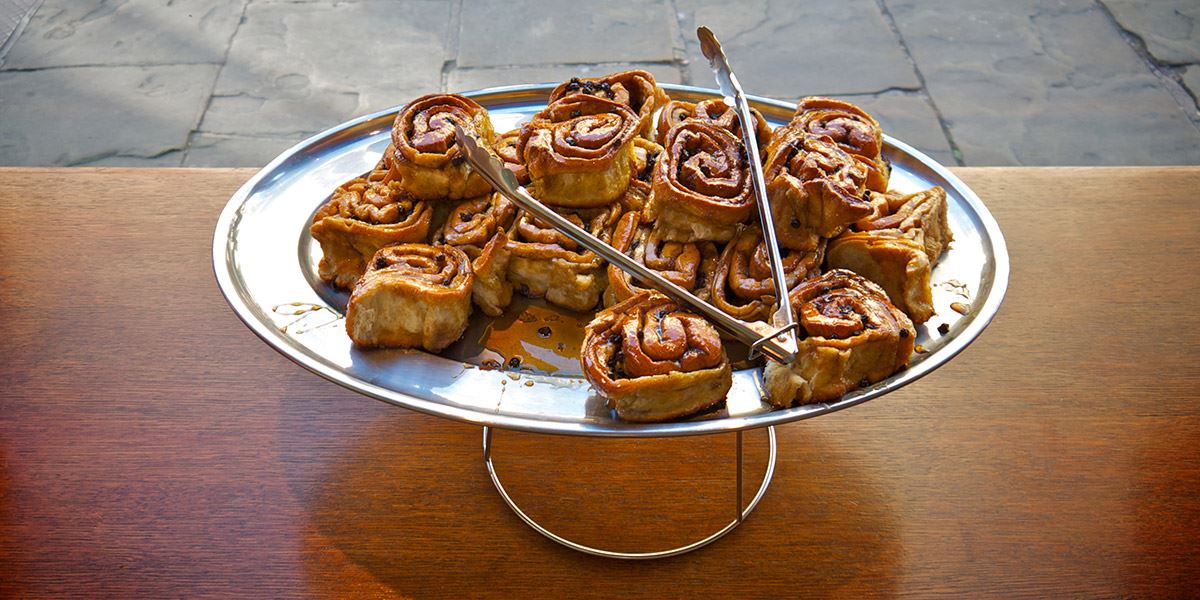 Delicious Chelsea buns made at Fitzbillies

Get in the saddle

Hire a bike for the day and experience Cambridge like a local. The city is built for two wheels and there are plenty of provisions, such as cycle lanes and bike parks, to make it easy. What’s more, Cambridge is renowned for being pretty flat…

There’s nothing nicer than gliding down the River Cam in a punt, especially if someone else is doing all the hard work. There are lots of places to take a chauffeured tour, where knowledgeable guides will regale you with historical stories and fascinating facts. You can also hire a punt yourself, but it’s harder than it looks!

Go to a museum

Immerse yourself in Cambridge’s museums – there are plenty to choose from. The most well-known is the Fitzwilliam, filled with famous paintings and artefacts from the ancient world, while the Polar Museum and the Sedgwick Museum of Earth Sciences are full of interesting finds. 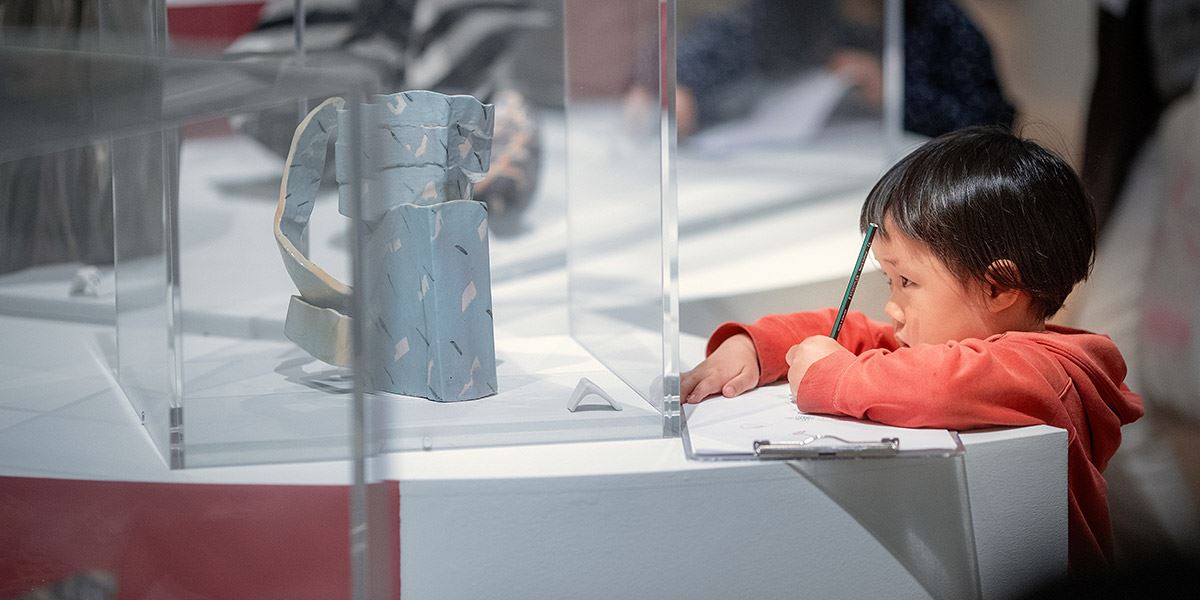 See artefacts from all over the world at the Fitzwilliam Museum

Have drinks with a view

Treat yourself to a rooftop cocktail or glass of wine at The Varsity Hotel (Thompson’s Lane), where you’ll be rewarded with one of the best views of the city and colleges. Definitely one of the most romantic spots in the city, and blankets are provided!

Lie in the Lido

At 91 metres long and built in 1923, Jesus Green Lido is one of the longest in Europe. It was designed to mimic the river that flows nearby. Take a swim in this beautiful (unheated) pool from May until September, and relax on the grassy banks that surround it.

Do a spot of clock-watching

Gaze in wonderment at the mechanical ‘Grasshopper Clock’ on the corner of Corpus Christi’s Taylor Library near King’s Parade. It features a shiny 24-carat gold-plated dial, while the grasshopper occasionally blinks or moves it eyes.

Cambridge is probably most famous for its colleges – there are 31 that make up the university. Some are free to get in, while others – such as King’s and St John’s – charge an admission fee. A great way to see the central colleges is by punt.

Take a day trip to Duxford, home to a stunning array of historical aircraft and flying legends. Part of the Imperial War Museum, Duxford is Britain’s best-preserved Second World War airfield and boasts seven vast exhibition spaces along with historic buildings and hangars. Climb aboard Concorde or gaze at the iconic Spitfire in the AirSpace gallery. 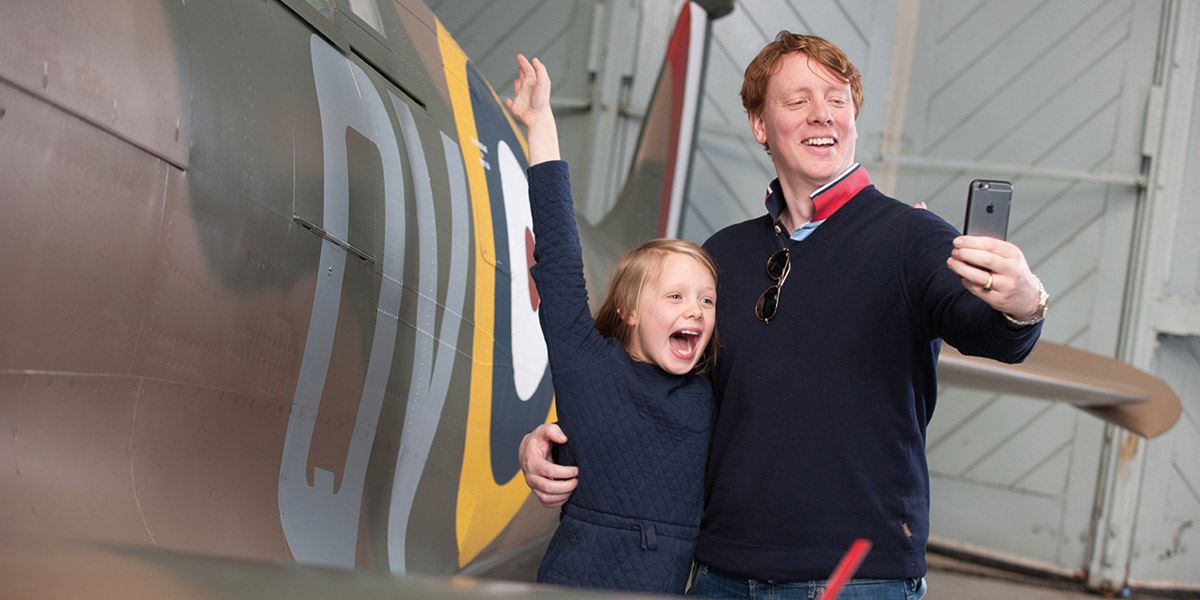 Kids and adults will love the Imperial War Museum

Head on down to King’s College chapel to listen to Evensong (Mon-Sat 5.30pm; Sun 3.30pm); it’s also where the world-famous Christmas Eve ‘A Festival of Nine Lessons and Carols’ is broadcast. The ethereal sounds that wind through the building are simply mesmerising. Choose to sit by the choristers, or perch in the antechapel and admire the stunning architecture.

Stroll along the backs

Take a walk along what’s known as The Backs – the rear of some of the riverside colleges. In springtime, the meadows and paths leading up to the colleges are adorned with beautiful bulbs, while in summer, Red Poll cattle can be seen grazing in the meadows.

Browse the wealth of antiques and vintage finds at Ely’s Waterside Antiques, where you’ll find jewellery, toys and books, vintage furniture and collectibles packed into this fascinating wharf. Afterwards, refresh yourself with tea and cake at the lovely traditional Peacocks Tearooms nearby.

Lose yourself in literature

The Manor in Hemingford Grey, just four miles from Huntingdon, is famous for being the ‘location’ for the book series The House of Green Knowe by Lucy Boston. The Manor – built in the 1130s – was Lucy’s childhood home. You can still see toys around the house that featured in Lucy’s fictional children’s tomes. Visits to the house are by appointment, but the garden is open all year round.

Wander round the stunning Peterborough Cathedral, where Henry VIII’s first wife Katherine of Aragon is buried and Mary, Queen of Scots was once laid to rest before being moved to Westminster Abbey. Built in the 1100s on the site of a church dating back to 655 AD, the cathedral is known for its imposing early English Gothic West Front with three enormous arches. 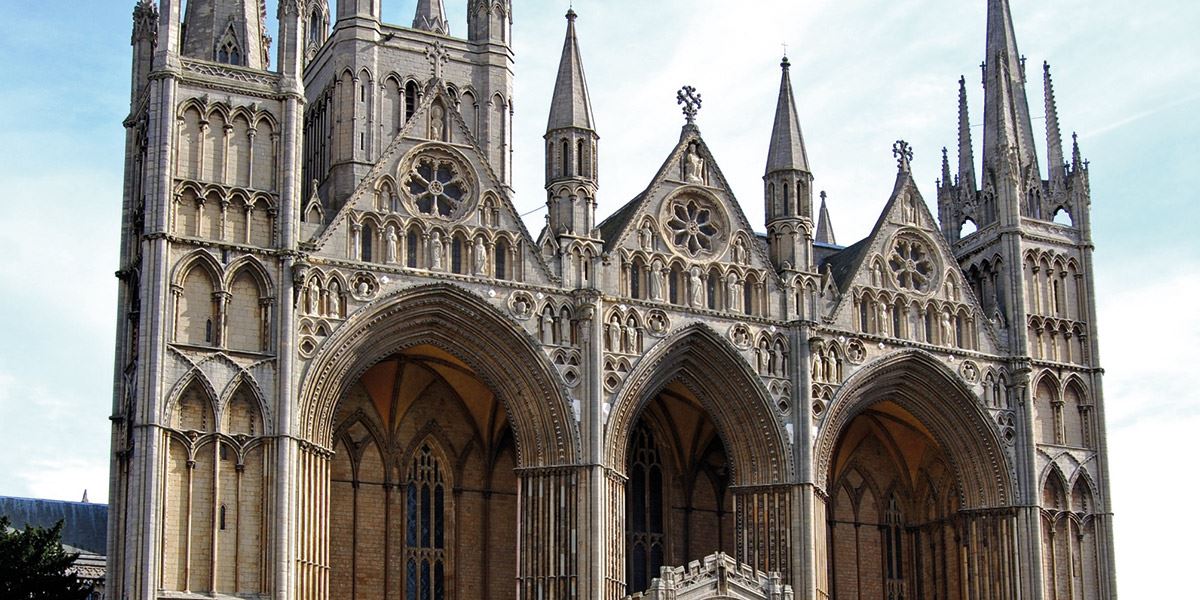 Angle for a day at Anglesey

Take a day trip to Anglesey Abbey, a beautiful National Trust property in Lode, about six miles from Cambridge. Stroll along the fabulous winter walk in the colder months, or picnic on the vast areas of green meadow and parkland in the summer. Families will also love a walk through the woodland area and visit to the giant tree house, while you can take tours around the house with its refurbished domestic wing.