There are so many things to do in Cornwall, but here are the top 10.

Cast away to St Michael’s Mount

Walk in the footsteps of pilgrims and a legendary giant when you cross the causeway to this sea-bound castle. On the island you can hunt for the giant’s stone heart, stand in the firing line of bygone battles and explore sub-tropical gardens. Wait for the tide to come in and hop back to the mainland by boat or amphicraft. 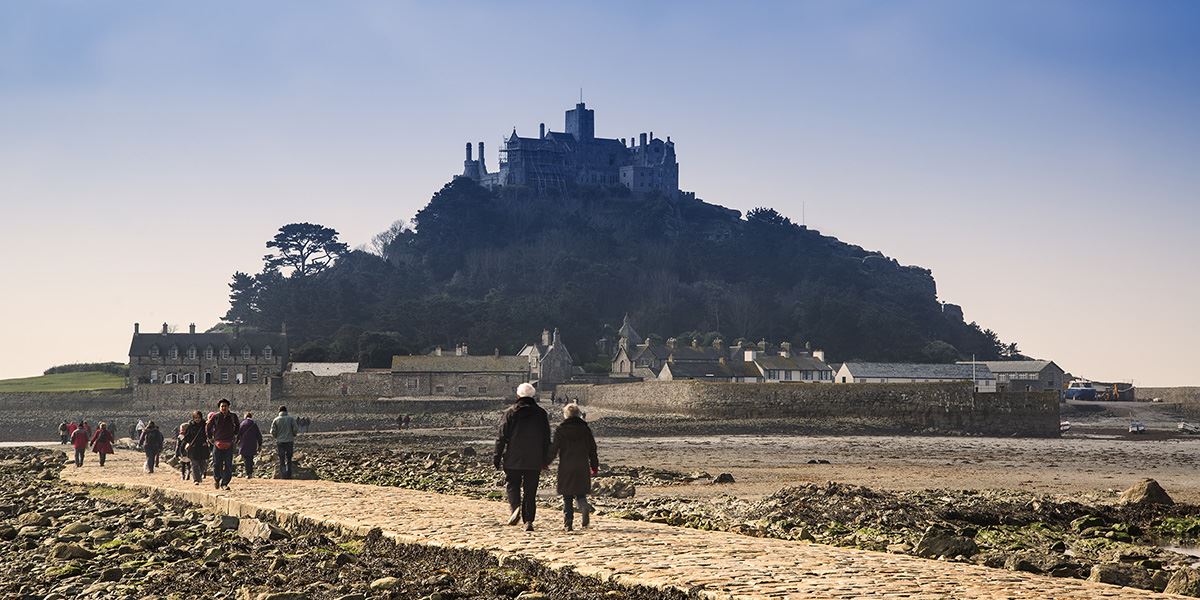 Once the tide is out, you’re able to walk to St Michael’s Mount

All aboard on the River Fal

Hop across to the Roseland Peninsula on the scenic King Harry chain ferry, take a river cruise from Falmouth to Truro, or putter into chic St Mawes. Fal River Links runs a network of ferries on and around the River Fal, and with a Fal Mussel Card you can enjoy unlimited travel on all the services.

Set foot on the tip of the Lizard Peninsula and you’re on the most southerly point of mainland Britain. As well as witnessing the stunning seascapes where seals and basking sharks often make an appearance, you can also visit the Lizard Lighthouse Heritage Centre to climb the tower, sound a foghorn, track ships and learn Morse Code.

Take the train to St Ives

Hop aboard one of the most scenic train lines in Britain and gaze out at gob-smacking coastal landscapes that have lured artists to this fishing village since the 19th century. Disembark beside Porthminster Beach, then take a spin around this arty town, taking in the famous Tate St Ives, Barbara Hepworth’s Sculpture Garden and the Leach Pottery. 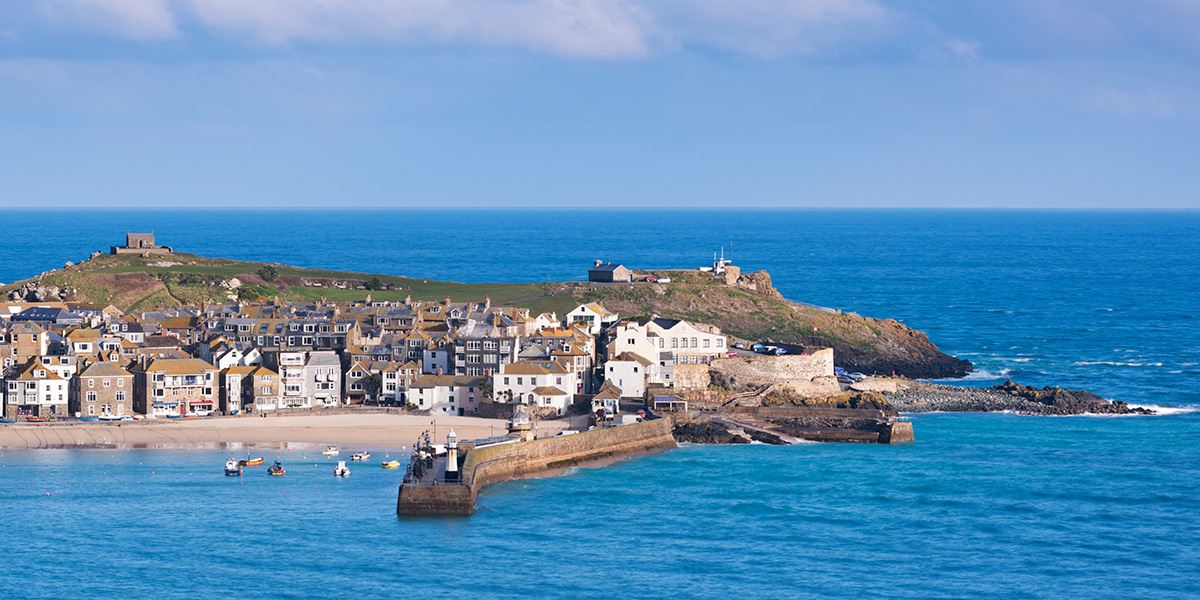 Cornwall’s rich mining past has won much of its landscape World Heritage status, putting it on a par with the Taj Mahal and the Egyptian pyramids. In West Cornwall you can clap eyes on the Atlantic-lashed engine house at Botallack Mine and step into a miner’s shoes with an underground tour at Geevor Tin Mine.

Many of Cornwall’s pro surfers cut their teeth on the waves at Fistral, and it’s the beach that put Newquay on the map as the UK’s surfing capital. Home to numerous surfing outlets and expert instructors, there are few better places to get to grips with the art of wave riding and immerse yourself in the county’s surfy lifestyle.

Cycle from coast to coast

Freewheel through World Heritage landscapes as you follow 15 miles of disused mineral tramways from coast-to-coast. From Portreath on the Atlantic coast to Devoran in the south, this easy off-road cycle route wends through historic mining, woodland and coastal territory, all the way to the traditional creekside watering hole of Devoran’s Old Quay Inn.

The world-famous biomes of the Eden Project need little introduction. Step into a rainforest, explore the Med, get up-close to nature and enjoy all sorts of family events, trails and activities at this unique all-weather attraction. From storytelling to scrumptious Cornish cuisine, there’s something here for all ages. 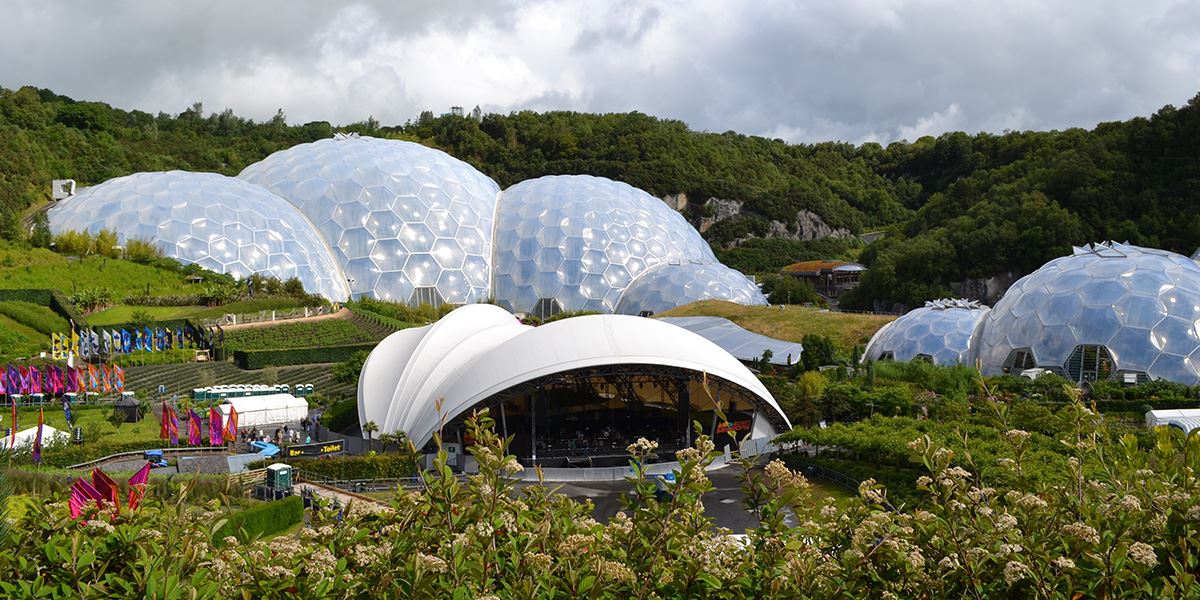 Britain’s equivalent of Australia’s Twelve Apostles, at wew a row of towering granite stacks rise from the sand. Most visitors take snaps of these rock giants from the clifftops, but at low tide you can climb down 140-something steps to the rugged beach – then reward yourself with a cream tea at Carnewas Tea Rooms after the calf-aching walk back up.

Head to the wild territory of Bodmin Moor to scale Cornwall’s two highest peaks – Rough Tor (400m) and Brown Willy (420m). It’s a relatively easy walk across rolling moorland littered with prehistoric remains, and from the summits you can enjoy far-reaching countryside and coastal views.