History and heritage of Ayrshire and Arran

With a historical tapestry that weaves fact with colourful fiction, Ayrshire and Arran’s stories are truly fascinating, stretching from the Neolithic age and the Roman invasion to the Vikings and the Gaels. Ayrshire has been occupied by various different tribes through the millennia, including the Romans, the Britons and the Scots.

During the early Middle Ages, it was part of the kingdom of Strathclyde and in the 11th century its King Duncan became the first ruler of all Scots. Invading Norwegians were defeated at the Battle of Largs in 1263 and today visitors to Vikingar! in Largs can meet ‘real Viking’ storytellers, who narrate terrifying tales about their battles.

William Wallace, whose life was celebrated in the movie Braveheart, began the struggle to regain Scotland’s independence in 1297 at Ayr. Legendary King of Scots Robert the Bruce, who led his side during the First War of Scottish Independence, is said to hail from Ayrshire, with his birthplace being the imposing Turnberry Castle. In fact, there are more than 40 castles in the area, principally used by the ancient clans who supported the Scots Kings during battles. A fantastic example to visit today is Dean Castle in Kilmarnock, which was awarded to the Boyds in 1316 by King Robert the Bruce for their support at the Battle of Bannockburn. 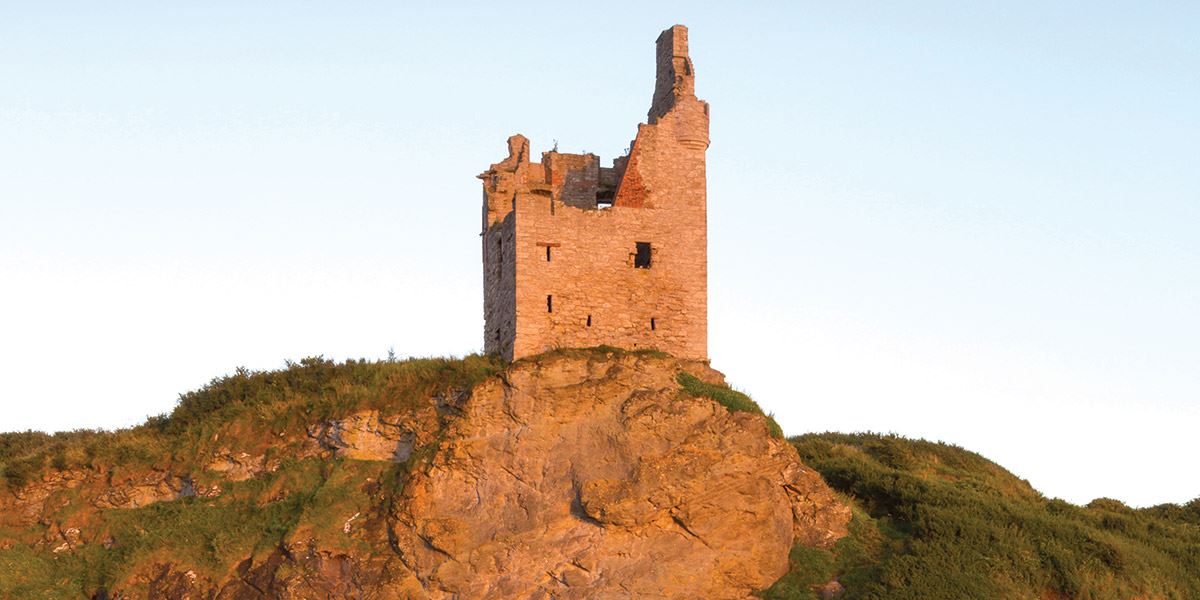 Historically, the shire or sherrifdom was divided into three districts: Carrick in the south, Kyle in the centre and Cunninghame in the north. Presently, the region is sub-divided into North, South and East Ayrshire, with each having its own distinct council area. Alloway, outside of the principal town of Ayr, is also the birthplace of Scottish bard Robert Burns. Inspired by the people and landscapes of the area, his work remains as important and relevant today as it was in the 18th century. You can immerse yourself in his poetry at the Robert Burns Birthplace Museum in Alloway.

In more recent history, Ayrshire was known as a powerhouse of industry and production, with steel fabrication and coal mining both in full force. Shipbuilding flourished on the coast and industries such as textiles design, shawl-making and weaving were prevalent. It is also the birthplace of the global Johnnie Walker whisky brand.

Scotland’s aviation industry has a long and illustrious association with Prestwick Airport. As well as being of commercial and military importance, the airport holds claim to being the only known place in the UK where Elvis ever set foot! 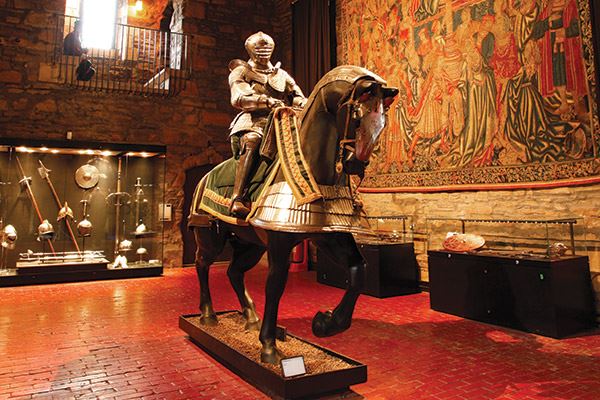 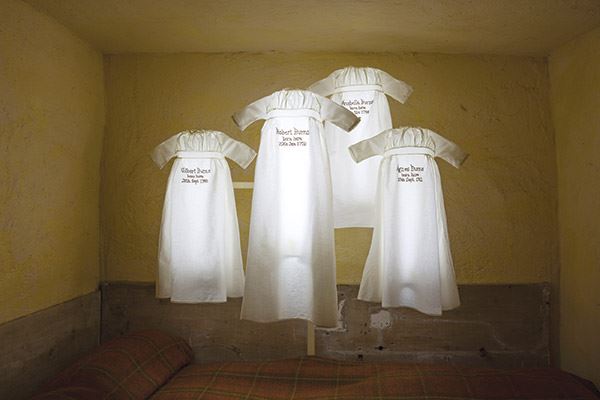 Evidence of life on Arran dates back as far as the Neolithic period – approximately 4500BC – with standing stones, cairns and burial chambers abundant on the island. It’s little wonder the history of the island is entangled with folklore, myth and legend. From the 6th century, Irish settlers made Arran an important centre for their religious activity, with monasteries built and The Holy Isle designated as a main hub. St Columba is even said to have been present on the island.

By the 11th century, Arran had fallen foul of the Viking invasion and was property of the Norwegian Crown until being reclaimed by Scotland in the 13th century. In the early 19th century, the island was devastated by the Clearances. The violent and forcible removal of people from the land and cottages had a dramatic effect on the 6,500-strong population. Whole villages vanished and the Gaelic culture was quickly eroded.

Today the Arran community both celebrates and commemorates in art, poetry and song the vibrant, curious and often heartbreaking history of their island.

Everything you need to know about Ayrshire and Arran

The best things to do in Ayrshire and Arran

Where to eat in Ayrshire and Arran

The best shopping in Ayrshire and Arran

The best nightlife Ayrshire and Arran

Your guide to arts and culture in Ayrshire and Arran