You will be surprised how much you can pack into 48 hours in Kent. Take some inspiration from our weekend guide.

Head to Hever and visit this 13th-century romantic castle, which was once the childhood home of Anne Boleyn. The castle is set in magnificent gardens featuring three puzzle mazes; a historic English Yew Maze, a splashing Water Maze and a fun Tower Maze to amuse both adults and children alike. Inside, there’s a rare 16th-century portrait of King Henry VIII as a young man, love letters to and from his many wives and an exhibition about the various owners of the castle through the centuries.

If you’re not yet sick of Henry VIII, head across the road from the castle to The King Henry VIII pub. This half-timbered and peg-tiled pub dates from 1647 but a pub has occupied the site since 1597. The pub has a varied menu and is also part of the Shepherd Neame Brewery, in Faversham, so you can taste a local beer. 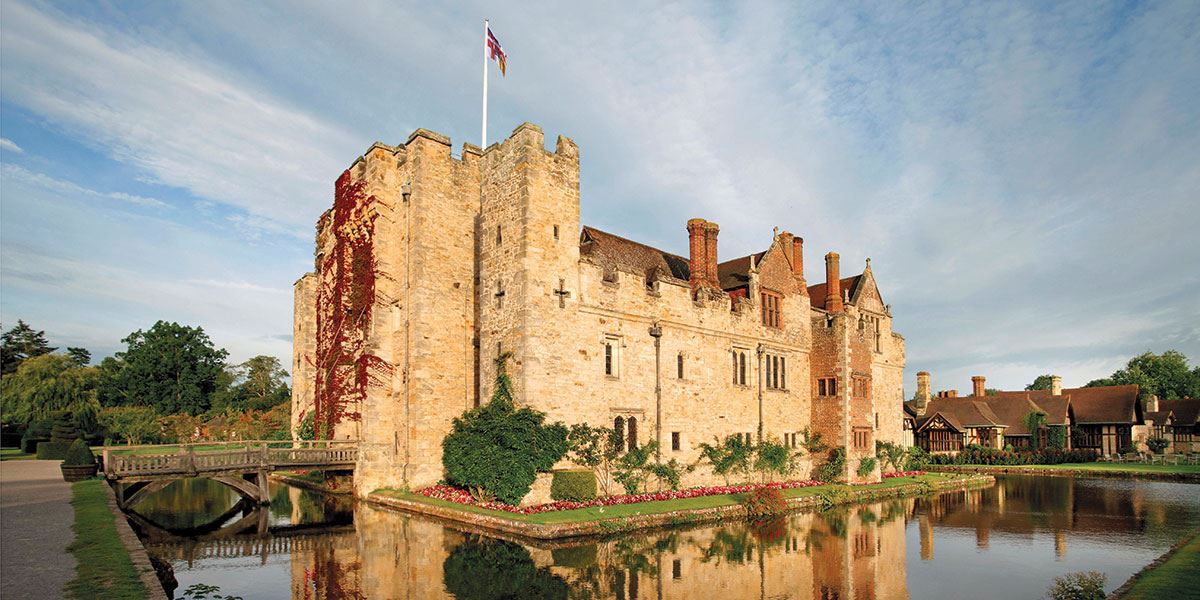 Head 12 miles east to the historic Royal Tunbridge Wells for an afternoon soaking up the atmosphere on The Pantiles. If you’re lucky the monthly farmers’ market will be on, where you can buy a host of local delicacies. Otherwise there’s plenty of delis, quirky antique shops, cafes and boutiques to be found both along ‘the tiles’ and the town’s high street.

Book a reservation to dine at the former home of Vanity Fair author, William Thackeray, also in Tunbridge Wells. The restaurant has been awarded a Michelin star six times and has held three AA Rosettes for 12 consecutive years. After, take in a show at Trinity Theatre, which is housed in a former church in the centre of the town and is considered to be one of the most beautiful buildings in the area.

Inside, there’s a rare 16th-century portrait of King Henry VIII as a young man, love letters to and from his many wives and an exhibition about the various owners of the castle through the centuries

Visit one of Kent’s many Blue Flag beaches on the Isle of Thanet and dip your toes in the sea, or, if you’re feeling a little more adventurous, book in for a surfing lesson. If the weather is not on your side, then pop along the road to Margate and check out the formidable Turner Contemporary on the seafront.

A trip to Kent’s coast wouldn’t be the same without sampling its fruit de la mer, so why not head up the coast to Whitstable and try some native oysters at the seaside town’s oldest restaurant, Wheelers Oyster Bar? However, if you want to wash your meal down with a glass of fizz then you’ll need to take your own as the restaurant doesn’t have a licence. 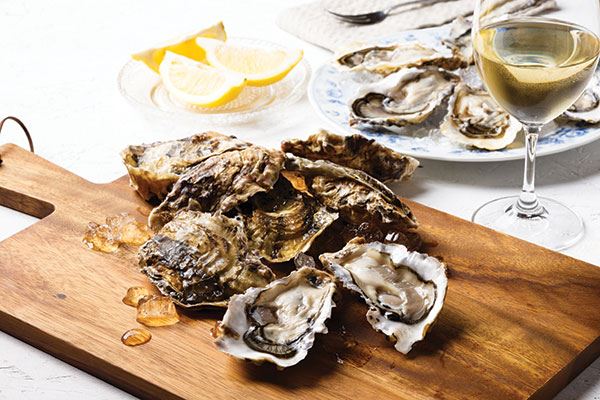 You must try the oysters while you’re here 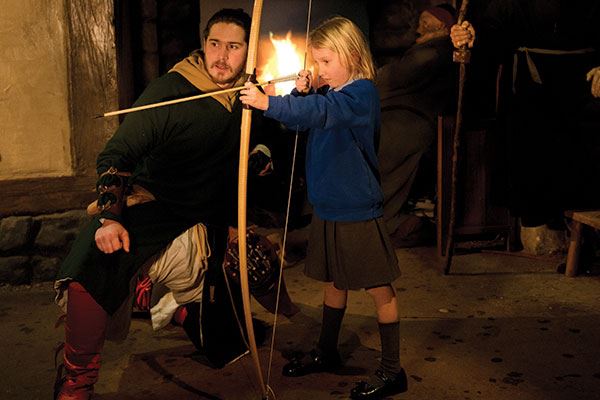 Step back in time with a visit to The Canterbury Tales

Go back inland to Kent’s only city and visit the famous Canterbury Cathedral before stopping off at The Canterbury Tales for some medieval misadventures with Geoffrey Chaucer and his band of bawdy travellers.

Finish your whirlwind tour of Kent with a meal overlooking the harbour and out to the English Channel at Rocksalt, in Folkstone. In this strikingly modern curved restaurant, you’ll struggle to find a table that doesn’t look out to the sea.