There are so many things to do in Hampshire and the Isle of Wight, but here are the top 20.

Hurst Castle nestles on a shingle and sand spit close to the border of Hampshire and Dorset. Offering spectacular views across the Solent while awe-inspiring in its own right, it is an impressive example of the ‘Device Forts’ that Henry VIII commissioned to protect the south coast from invasion. 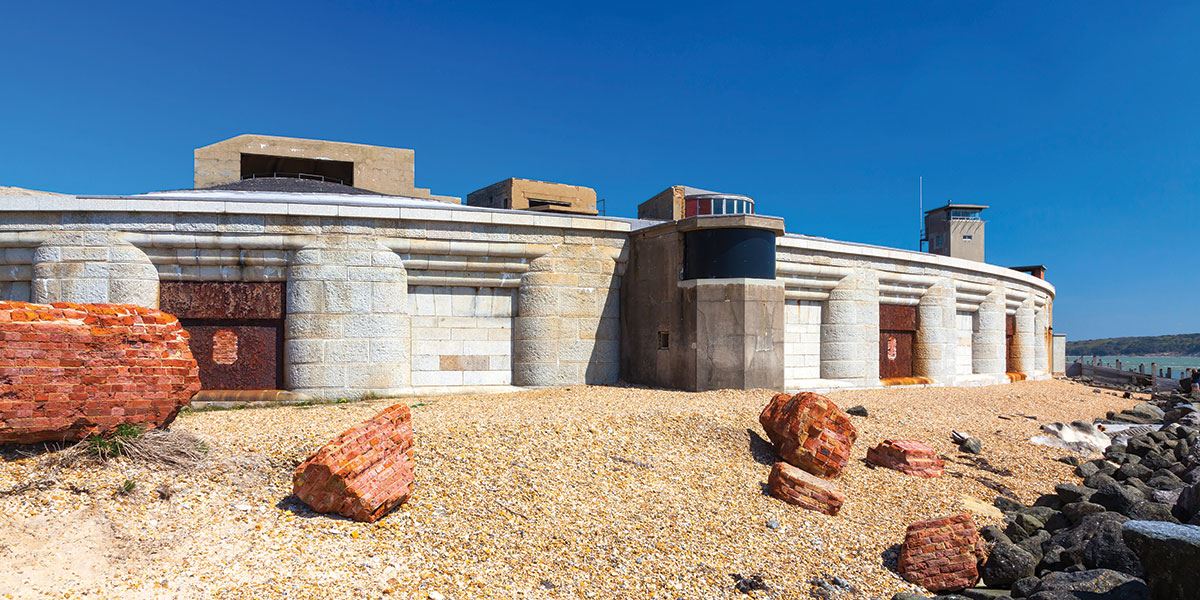 Experience the history of Hurst Castle

Sir Harold Hillier Gardens is a 72-hectare arboretum boasting more than 42,000 trees, plants and shrubs. Wandering around the grounds, visitors can take in the impressive collection of oaks, inhale perfumed magnolia and gaze upon beautiful rhododendron. Located just outside Romsey, it’s a horticultural paradise for all the family.

Mottisfont Abbey, a former priory, nestles in the valley of the River Test and is a National Trust operated historic house museum featuring a plethora of ever-changing exhibitions including an on-site gallery. While away an hour or two exploring its picturesque walled rose garden and delightful river walk too.

Catch a cricket game at The Ageas Bowl

Whether you’re a fan of cricket or not, you can’t argue against The Ageas Bowl’s atmosphere. Located close to Southampton, games are played regularly throughout the summer. With Hampshire’s extensive cricket heritage it’d be a shame to miss out.

The Blend Academy is Winchester’s exclusive and extensive gin blending experience. Experiment with over 100 native and exotic botanicals and learn about the art of gin making. You’ll craft your own unique gin, guided by our Winchester Distillery Master Blender and take away your hand-bottled creation. The experience starts with a delicious G&T, accompanied by a brief history of gin, then it’s over to you to have fun, experiment and get creative!

There are a total of 14 Blue Flag and Seaside award-winning beaches around the island. These include miles of sand and shingle beaches, cliffs, coves and clear waters. The beaches of Shanklin, Sandown and Ventnor all have esplanades with cafes and shops. 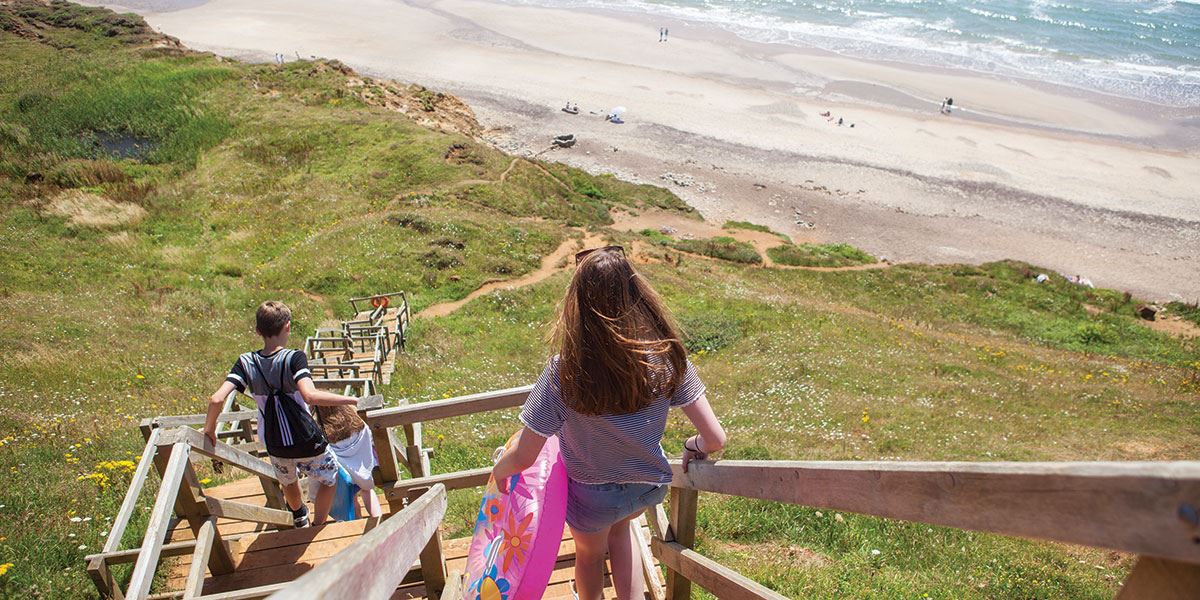 Where ever you go there are great walks. But, if you want to make an impression, then the annual ‘Walk the Wight’ is a spectacular 26.5-mile sponsored walk across the breadth of the island. It takes place each May with around 10,000 taking part to raise funds for the Earl Mountbatten Hospice.

Steam-powered vehicles, rides and attractions are all on offer at Hollycombe Working Steam Museum near Liphook. Its fairground, working farm and two railways provide entertainment for kids and adults alike.

Get out into the countryside

Walk the Clarendon Way, take a bike up onto the South Downs or simply head out with a picnic lunch and spot some of the 3,000 wild ponies in the New Forest National Park; Hampshire’s countryside is both beautiful and varied. Make sure you include some time to discover it during your stay.

Fish and chips at the beach

There’s something quintessentially English about fish and chips, and what better location to enjoy the nation’s favourite than at the beach? Lee-on-Solent’s shingle expanse offers picturesque views across the water to the Isle of Wight while you dine al fresco.

Explore Marwell Zoo and get closer to the wonders of the natural world. See an incredible range of exotic and endangered species in 140 acres of beautiful Hampshire parkland. You can also experience the African wilderness first hand at Marwell’s biggest exhibit to date, Wild Explorers. 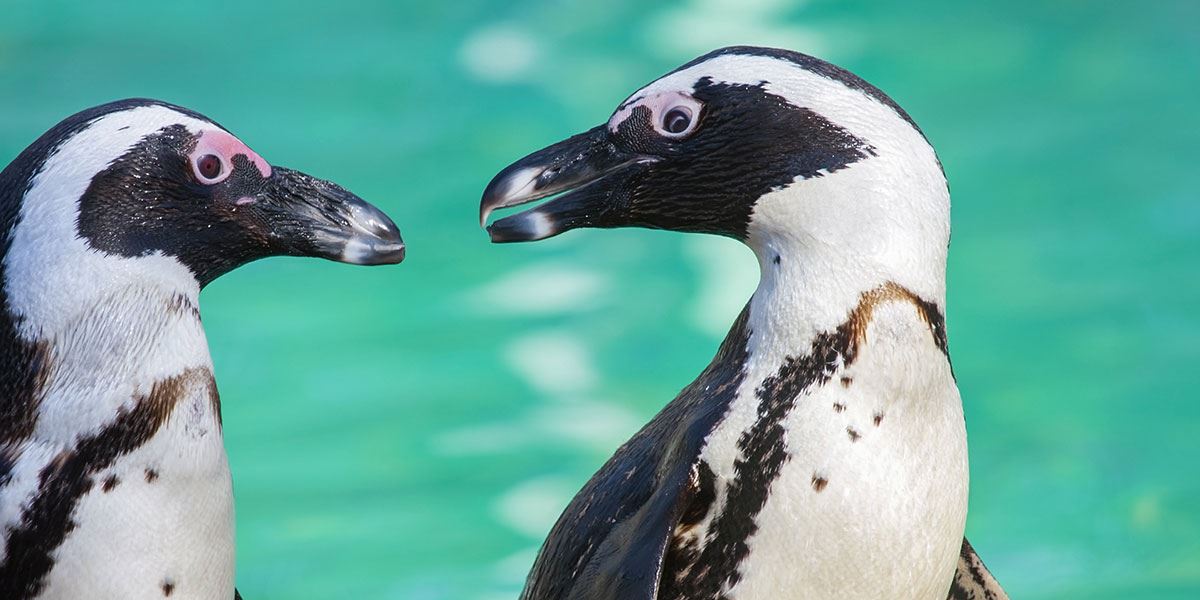 Get up close and personal with the animals at Marwell Zoo

If you’re searching for a slower pace then head for the Pavilion Tea Room at Stansted Park for barista-style coffee with a delightful garden backdrop. This quaint venue also offers the most delicious cakes, tasty snacks and a simply sumptuous afternoon tea. Don’t miss the opportunity to explore Stansted House and the Estate while you are there.

Set in nearly two acres of landscaped gardens you will find scale models of Shanklin and Godshill villages as they were in the 1920s. Cottages, pubs and churches are reproduced versions of the real buildings.

The Needles Old Battery is a Victorian fort built in 1862, used throughout both World Wars. There are two original guns on the Parade Ground and an underground tunnel leads to a searchlight emplacement with dramatic sea views. A small exhibition in the underground rooms of The New Battery, reveals the little-known story of Britain’s Cold War ‘race for space’, when rockets were tested on the island in secret conditions.

Get all Tudor at The Vyne

Sailing is fundamental to the island’s economy and Cowes Week is one of the longest-running regular regattas in the world. Cowes comes alive during the regatta and it is rammed as up to 1,000 boats, and 8,000 competitors ranging from Olympic and world-class professionals to weekend sailors, descend on the town each August. But the grand finale is a spectacular fireworks display on the final Friday. 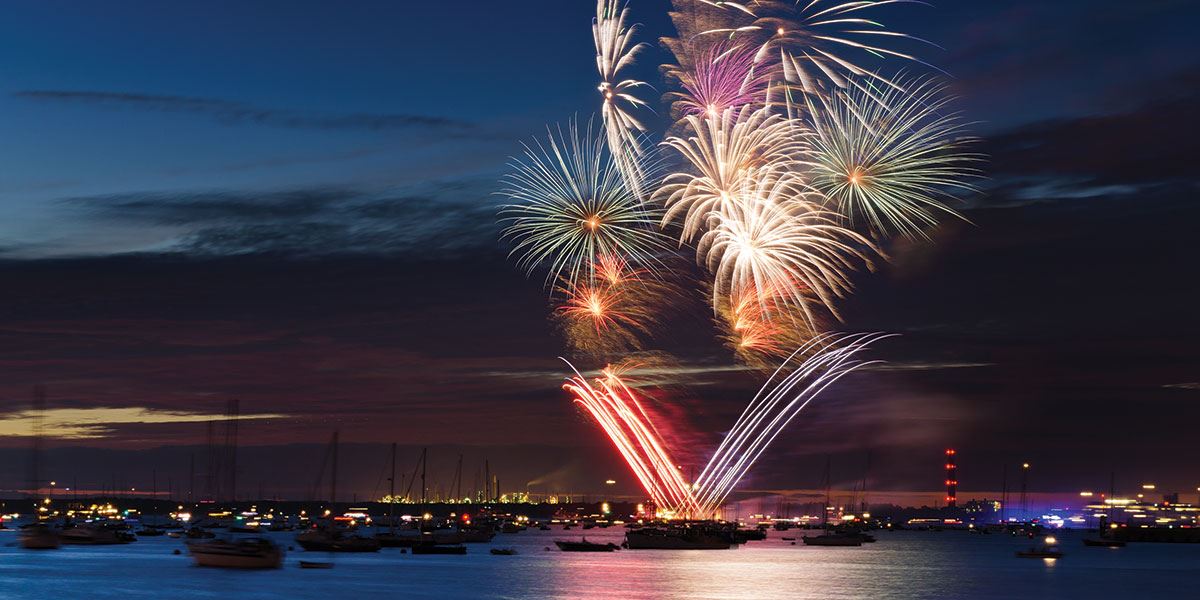 The island’s oldest tourist attraction was first opened in 1817 and the leafy gorge gives a unique tranquillity loved by poets, artists and writers. There is a winding woodland, with steep sides for rare plants, wildlife and waterfalls.

This is an 88-acre adventure park and gardens located just outside Newport. On site is a Roman villa and it is noted for its wildlife. It is also home to attractions including Colossus, Tree Top Trail, Total Wipeout and African Adventure.

This island amusement park features two main rides, a rollercoaster and waterslide as well as two heritage attractions. It was established in 1843 and one of its most famous attractions, a large whale skeleton, which had been washed up near the coast of The Needles in 1842, is still a showpiece today.

The park has a huge array of unusual, rare and exotic animals spanning the whole of the United Kingdom. Situated between Newport and Sandown, you can see crocodiles, red-bellied piranha, tarantulas, birds of prey and monkeys. It is a place to learn about conservation and rain forests with many species of tropical bird flying freely through the air.

Sport in Hampshire and the Isle of Wight