If the weather is fine and you have time on your hands then the humble bicycle is a great way to explore London without having to worry about getting caught in a jam. What's more you don’t need to bring your own bike with you, there are 11,500 pay as you go bikes available at various locations across the city.

The capital’s public bike hire scheme, Santander Cycles, has 750 docking stations where you can immediately hop on a bike and start exploring. Hiring a Santander Cycle costs £2 for unlimited journeys up to 30 minutes in a 24-hour period. For journeys that last longer than half an hour, you pay £2 for each additional 30 minutes and you must return the cycle to any docking station within 24 hours or you may be charged.

All you have to do to get started is simply download the Santander Cycles app or go to any docking station terminal with your bank card and touch the screen to get started… there’s no need to book! 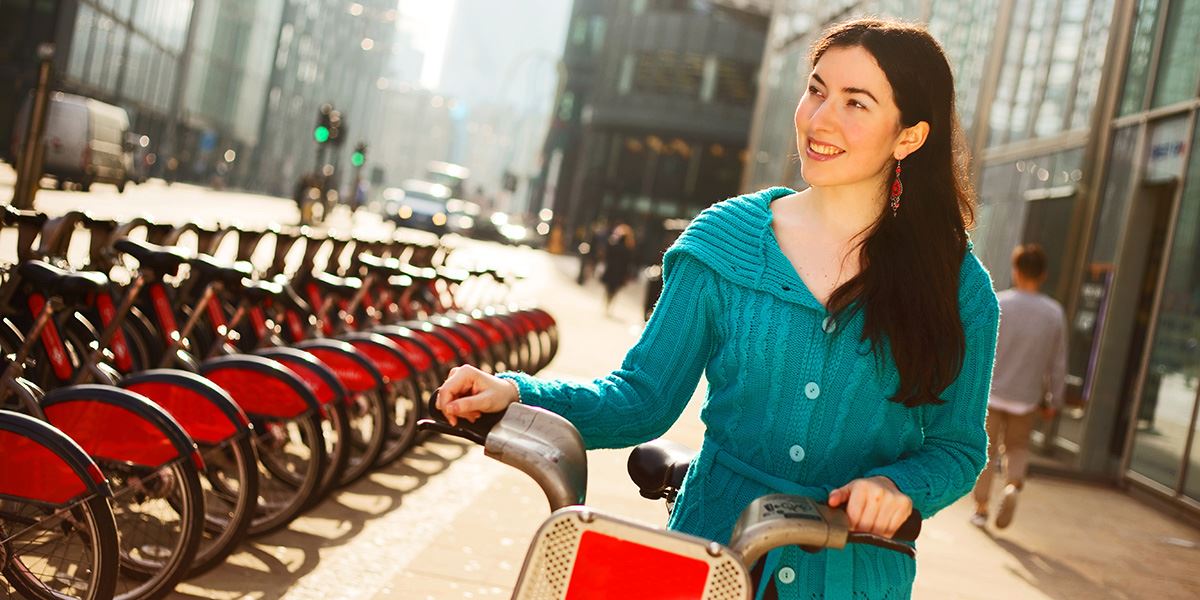 Sports fans can enjoy a tour of some of London’s most famous sporting sights with a cycle route, which sets off from Bridge Avenue in Kings Street and passes by Craven Cottage, the home of Fulham FC, and Stamford Bridge, the home of Chelsea FC.

Running adjacent to the River Thames, the ride also follows part of one of the oldest and most famous boat races in the world and it takes cyclists along a section of the 2012 Olympic Road Race before finishing at one of London’s famous cricket grounds, The Oval.

The capital’s public bike hire scheme, Santander Cycles, has 750 docking stations where you can immediately hop on a bike and start exploring

Spending a day exploring London’s gardens is a great way to unwind and while the Royal Parks are the city’s most famous, there are dozens of secret gardens – both private and public – tucked away that are well worth a peak as you cycle through the capital.

If you hire a bike from the Ladbroke Grove central docking station you can immediately cycle to Rosmead Gardens, the famous London Square garden which Julia Roberts and Hugh Grant sneak into in the film Notting Hill. 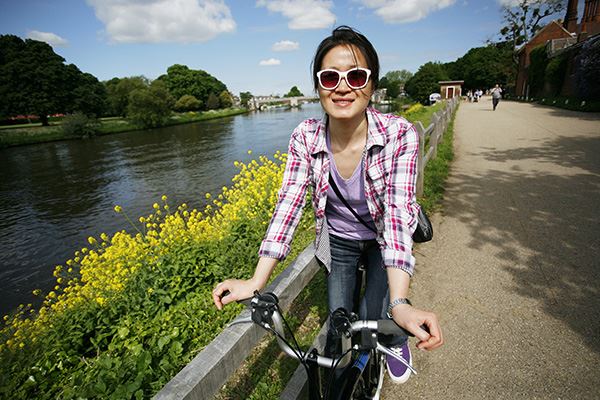 Cycling by the river 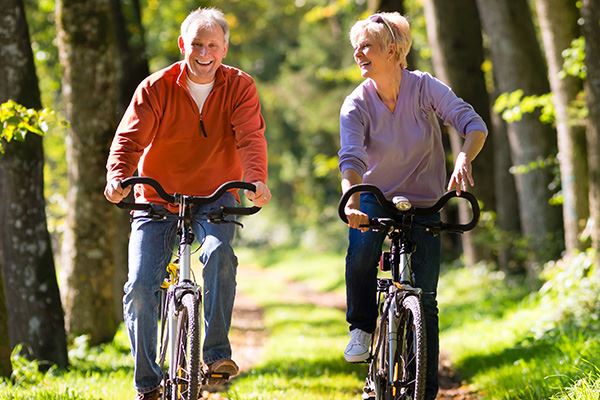 Enjoy a slower pace of life

From here, pedal across to Holland Park, where, in the centre, you will find Kyoto Garden which was created as part of the 1991 London Festival of Japan. A tiny oasis of Asian charm within an English setting, the park is carefully designed to reflect key traits of Japanese gardens, including stone lanterns, tiered waterfalls and plenty of fish. Afterwards, pedal through Hyde Park and towards Chelsea Physic Gardens – the oldest botanical gardens in the UK.

You’ll need to dock your bike on the King’s Road in front of the Royal Avenue House and take a short walk down to the gardens, which features 5,000 different edible, medicinal and historical plants. The Royal Hospital Grounds and the National Army Museum are also nearby and worth a visit if you have time to spare.

Spending a day exploring London’s gardens is a great way to unwind and while the Royal Parks are the city’s most famous, there are dozens of secret gardens tucked away too

Cycling along London’s canal and river towpaths is also a sure fire way to see London’s many sites. Several sections of the Thames Path are open to cyclists and follow the National Cycle Network, making for a lovely and safe waterside ride.

One of the nicest is the 14-mile route from Putney to Greenwich, which starts on Putney Bridge and heads through Battersea to Westminster – passing the Tate Gallery and the Houses of Parliament on the way – before continuing along to Bermondsey and Rotherhithe and finishing at the iconic Cutty Sark.

Those who would rather step away from the tourist clichés and discover another side to the city should cycle the ‘Quirky London’ bike route, which takes in the city’s ancient burial grounds and brightly-coloured squares. Start the ride by hiring a bike from Hop Exchange docking station, near London Bridge, and travel the short distance down Southwark Street, taking a left at Redcross Way. 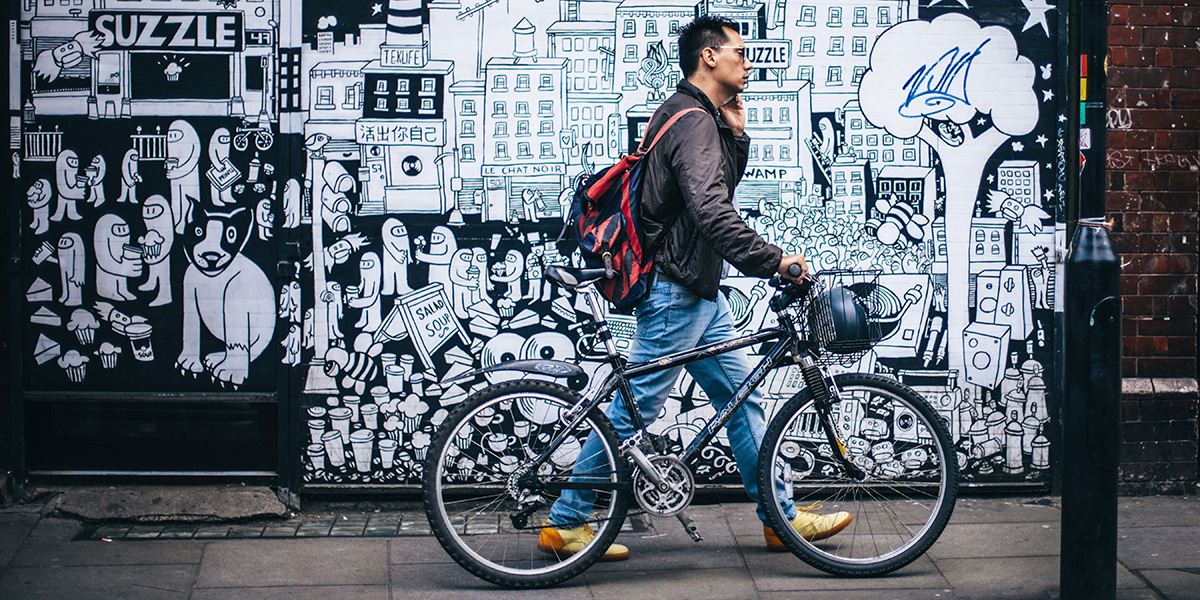 Here you’ll find the Cross Bones Graveyard for prostitutes and paupers who were refused burial in church grounds on account of being judged as sinners. The otherwise unnoticeable graveyard is today marked by ribbons and other notes of sympathy that have been placed by locals and is said to contain the bodies of over 15,000 people.

Cycle across the river and you will come across the church of St Bartholomew the Great, which was founded in 1123 and is London’s oldest church. Near here you will also find the statue of the Golden Boy, which marks the spot where the Great Fire of London ended back in 1666. It was long believed that the fire was God’s way of punishing the citizens of London for their gluttony and the golden statue of a fat boy is a reminder not to commit this sin again. The tour ends at Neal’s Yard (the nearest docking station is on Drury Lane), a colourful little square in the heart of London, which is home to a number of quirky shops.

With cycle routes all over the city, there are literally hundreds of bike rides to choose from. Ask at your hotel reception or visit the Transport for London website for more information.