There isn’t a week goes by without a new restaurant opening or food event happening as part of Manchester’s constantly evolving food and drink scene. The city has been serving up one of the most exciting food and drink scenes in the UK thanks to the ambitious and talented chefs who have gravitated to the city, taking the hospitality industry to the next level. There is something here for everyone, from the glamour of dining at the Ivy Spinningfields, to eating a plant-based menu at Firefly at Foodwell – an LA dining experience on the banks of the Irwell.

What really cemented the city’s reputation as a dining out destination was the Michelin star awarded in 2019 to former Noma chef Simon Martin’s Ancoats restaurant, Mana. It had been 40 years since the city had a coveted star and Martin’s fine dining menu finally achieved it, not only elevating the profile of his own restaurant but of the city itself.

Three of the top vegan restaurants in the UK named by The Times are in Manchester: The Allotment, Vertigo and Greens in Didsbury, while Hatch on Oxford Road is a vibrant pop-up destination for fledgling restaurant breweries and retailers. 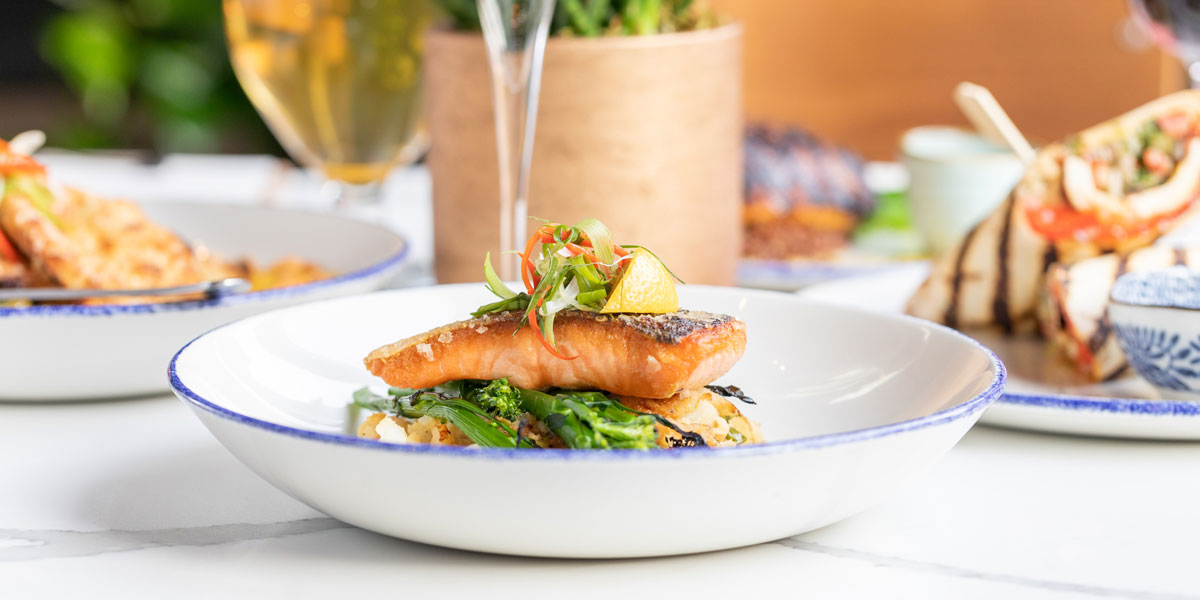 Try some delicious dishes at The Counter House

Mamucium near Victoria station serves up an inventive menu created from locally sourced produce while Sugo in Ancoats transports you to Italy with its authentic pasta dishes. The city’s Ancoats area is now officially one of the trendiest places to enjoy fantastic flavours.

Elnecot on Blossom Street is a neighbourhood restaurant with an emphasis on regional produce and a strong veggie option. There’s the small plate Portuguese menu at Canto, oodles of noodles at Vnam and pizza at Rudy’s. You can eat breakfast, lunch and dinner at The Counter House, quality pub food at the Edinburgh Castle, knock back craft beer at the Northern Monk and enjoy the nation’s favourite at the Hip Hop Chip Shop while Erst serves up seasonal small plates accompanied by natural wine.

Read more: Some of the coolest places for dining and drinking in Manchester

King Street is home to Tast. Pep Guardiola, the Manchester City manager and colleagues Txiki Begiristain and Ferran Soriano teamed up with Michelin-starred Catalan chef Paco Perez and the Fazenda restaurant group for this gastronomic game-changer.

Rosso at the top of King Street, part owned by Rio Ferdinand and Ryan Giggs, is still a popular haunt in the city too, while everyone is feeling the love at the Bull and Bear, Tom Kerridge’s new restaurant at Gary Neville and Giggs’ Stock Exchange Hotel. 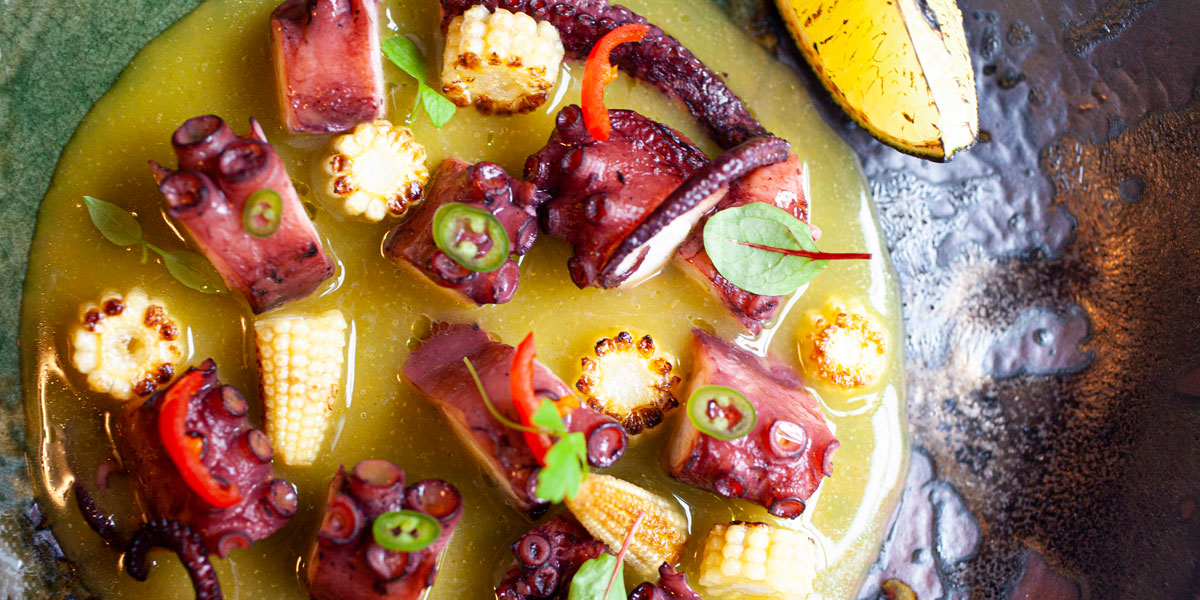 Neville and Giggs also own Cafe Football at Hotel Football next door to Old Trafford stadium. And it’s not just the footballers with a taste for hospitality, in the city you can dine at Annie’s, owned by Coronation Street’s Jennie McAlpine, Gino D’Acampo’s Prosecco Bar in the Next store and at former Corrie star Rupert Hill’s The Rivals at the Royal Exchange Theatre.

Luke Cowdrey and Justin Crawford, better known as the Unabombers DJs, run the uber popular Refuge bar and restaurant at Kimpton Clocktower (formerley the Principal hotel) and Real Housewives of Cheshire Seema Malhotra and Stacey Forsey are investors in the Menagerie bar and nightspot.

Adam Reid rules the kitchen at the posh French at the Midland Hotel offering fine dining without starched shirt formality, and 20 Stories is the perfect place to dine with a view, as it boasts a 360-degree vista of the city. Go along for drinks on the terrace as long as you have a head for heights! 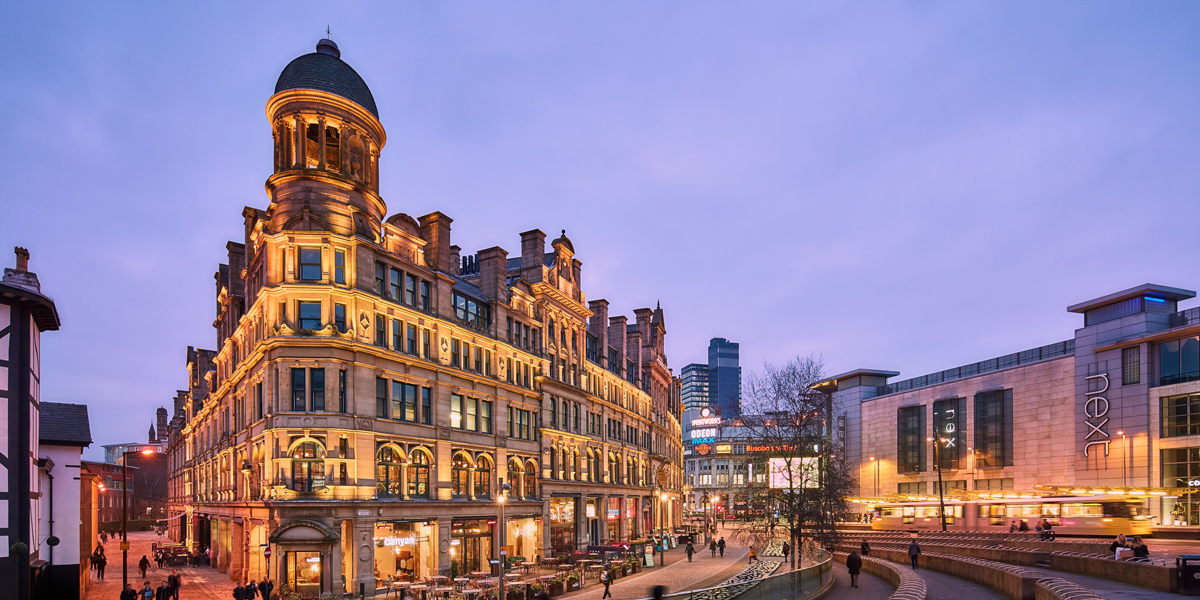 If you fancy Italian, Indian, German, Pan Asian or Vietnamese, why not visit the Corn Exchange?