The Manchester drinking and dining scene includes everything from burger joints to vegan cafes – you really can uncover a smorgasbord of delights. Add alfresco pop-up bars and restaurants in the summer months and there are so many delicious reasons to dine out.

Oké Poké on Church Street in the Northern Quarter, which has been inspired by the cooking of Hawaii and bases a menu around rice, fresh raw fish and vegetables, continues to bring in the crowds, while WOOD Manchester on First Street, from the MasterChef 2015 champion Simon Wood, who hails from Chadderton, also offers unintimidating high-end dining. 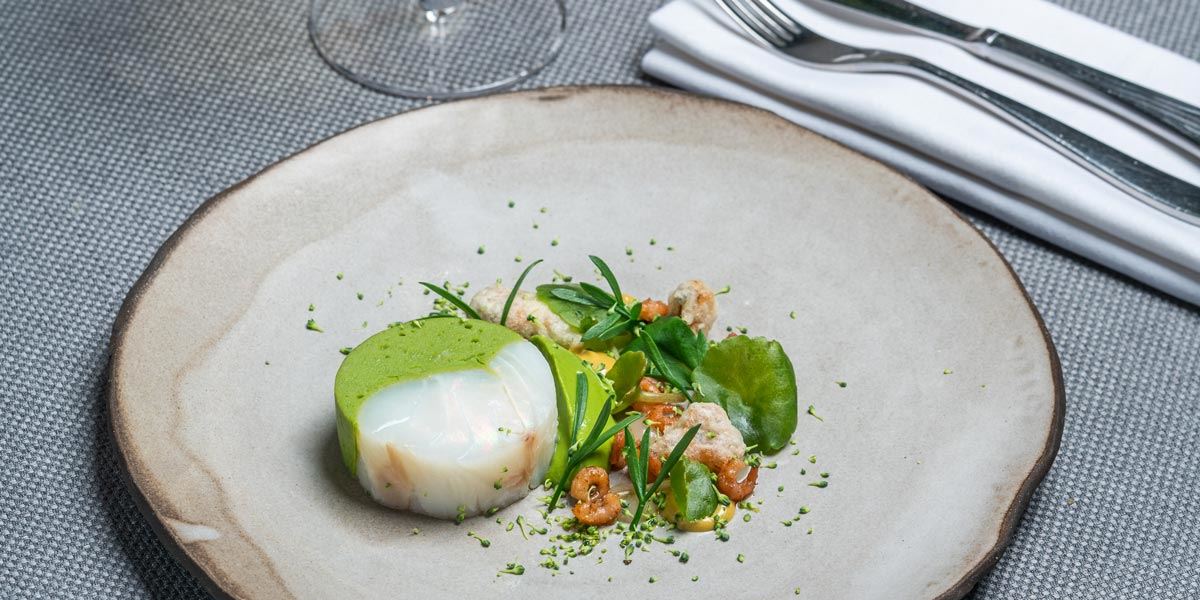 Enjoy the friendly vibe at The Anthologist overlooking St Peter’s Square, which is where you’ll also find long-established restaurants like the Rajdoot, Indian and the Armenian Taverna, flaunting their own brand of retro cool. See-through kitchens, “badass bar food” and “serious cider” are the signifiers of food cool, as is the MELD phenomenon – Music Eating Late-Night Drinking Spaces, such as Manchester’s Gorilla.

Spinningfields is all about lifestyle so it is to The Alchemist, The Oast House, and Tattu, that the glamorous head to for a night of eating sand drinking in Manchester. Then there’s the relaxed family-friendly dining vibe of venues such as Wagamama. In the warmer weather, an outdoor bar and al fresco tables transform the area into a European-style piazza. Here you can meet for breakfast at Bagel Nash and return in the evening to dine at BLVD or Comptoir.

Hawksmoor on Deansgate has been a huge success. Owners Will Beckett and Huw Gott have sympathetically restored the Victorian Courthouse building on 184-186 Deansgate. Diners can enjoy a drink in the cocktail bar before stepping into one of the dining rooms furnished in dark wood and fronted by elegant arched windows. 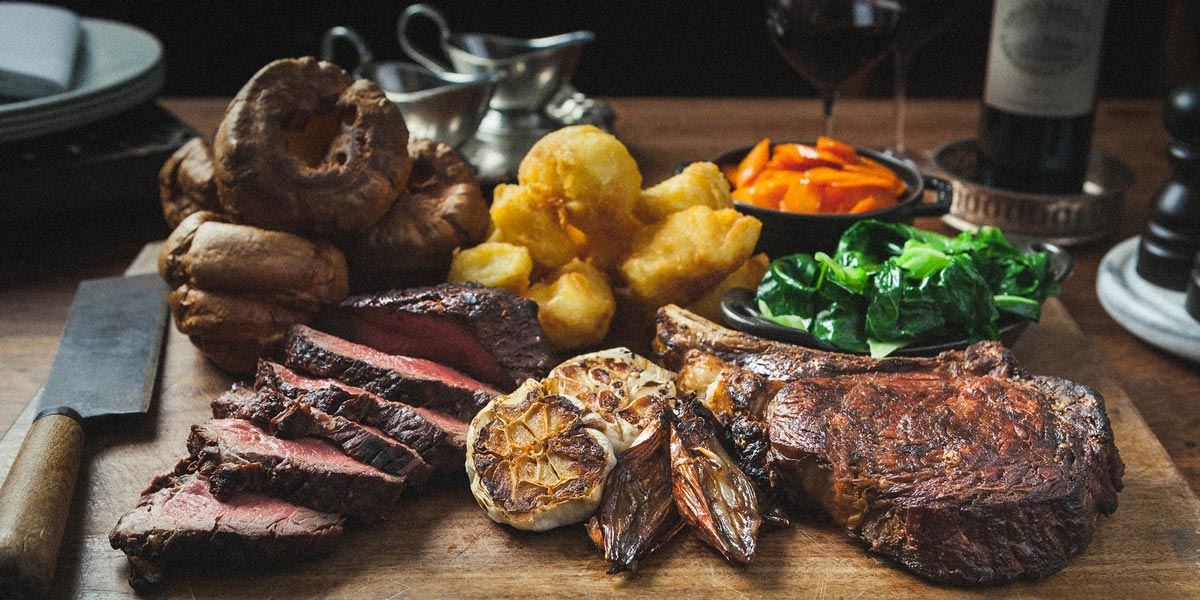 Across from Hawksmoor, there’s Gusto, a restaurant famed for steaks and cocktails which has made its home in the building which was once Heathcote’s and King Street is the location for Living Ventures’ glamorous venue, Grand Pacific, which bases its look on the likes of the Raffles Hotel in Singapore. Honey Restaurant, part of the quirky Hotel Gotham, has an adventurous dining menu and offers a grandstand view of King Street. It’s a good place for afternoon tea, too. As well as cool spaces there are the stars of the culinary scene such as James Martin at Casino 235 where recent Masterchef Professional finalist Exose Lopo-Ndinga trained. 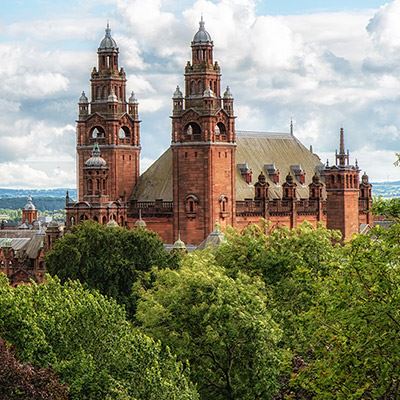 One of Europe’s most vibrant, dynamic and stylish cities Find out more > 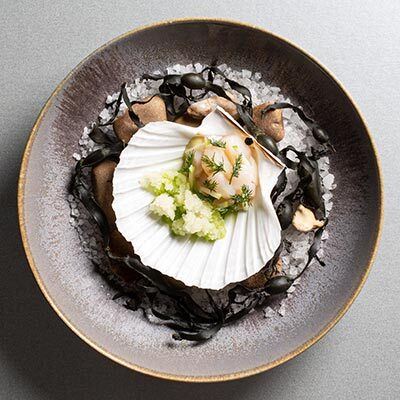 Are you a foodie?

Manchester also has a multicultural eating scene that’s pretty exceptional. From the curry mile in Rusholme to the culinary gems to be found in the city’s buzzing Chinatown, visitors can indulge in a wide range of global treats such as the Irani-influenced menu at Dishoom, the Spanish flavours of La Bandera to seafood at Chish n Fips. Try a Teppanyaki experience at Sapporo Liverpool Road or the Teppanyaki on George Street, or Chinese at footballers’ favourite Wings on Lincoln Square. 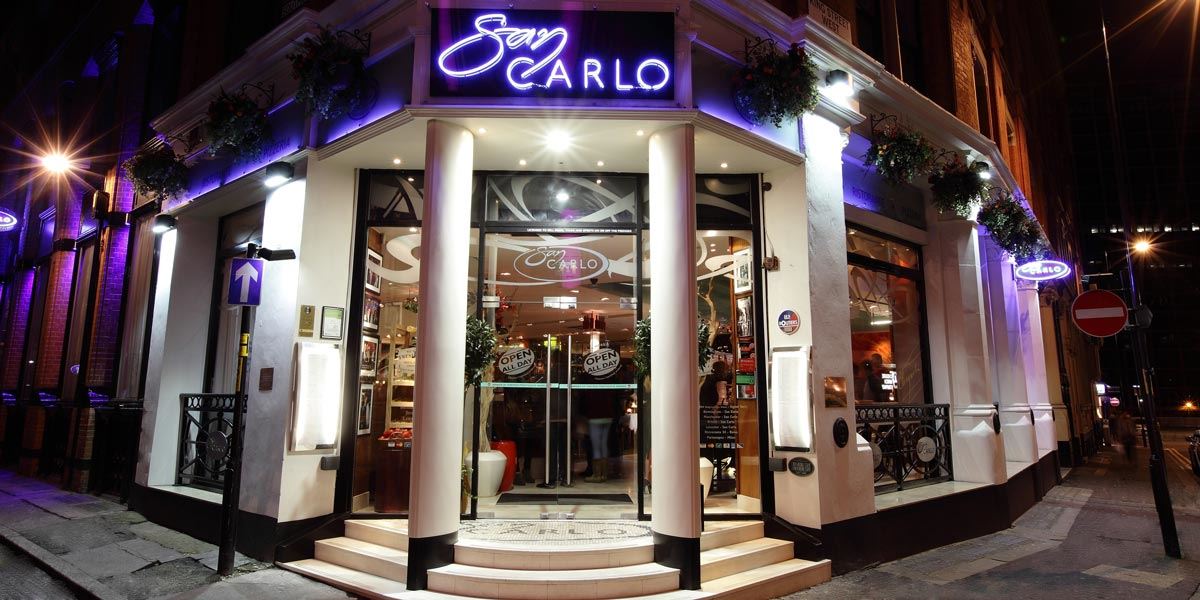 Turtle Bay in the Northern Quarter and on Oxford Street serves up Jamaican food and a laid-back vibe and Cheadle’s acclaimed Southern Indian-style street food at the Indian Tiffin Room is now open for business on First Street. There’s no denying the glamour of restaurants such as San Carlo and sister restaurant San Carlo Cicchetti. Ever since Carlo Distefano opened his famed restaurant on King Street West it has been a magnet for a glamorous set and, with Fumo opening on Oxford Street, this family business is one of the most successful in the city.

From the curry mile in Rusholme to the culinary gems to be found in the city’s buzzing Chinatown, visitors can indulge in a wide range of global treats

For the sort of traditional dining beloved of gentlemen in their clubs, there’s the Albert Square Chop House, atmospheric Mr Thomas’s Chop House on Cross Street and the sister operation, Sam’s Chop House on Chapel Walks. Mr Tom’s, as it is affectionately known, is a Victorian gem which originated in 1867 and retains its beautiful original tile work. The menu includes corned beef hash cake, potted game and other robust delights. It is not a place for toying with lightly-dressed salad leaves.

Another impressive Victorian interior upon which to feast the eyes is Browns at Spring Gardens, once a gentleman’s club called the Athenaeum and now elegantly restored and transformed into a vibrant bar and restaurant. For great French cooking make a beeline for 63 Degrees. Run by the Moreau family, the name is derived from the unique way in which they cook their chicken to mouth-watering perfection. The menu is skilful and typically French.

Behind the scenes at San Carlo