You're guaranteed a perfect outings in this region, whether you’re into science, historic ships or big sips (of whiskey).

Welcome to a UNESCO City of Design that’s also home to the world’s only V&A museum outside of London. Kengo Kuma designed the futuristic building of the V&A Dundee as part of the city’s redeveloped Waterfront. Permanent and visiting exhibitions join sweeping views of the River Tay and the restored RRS Discovery. Step aboard the ship that tells the story of Captain Scott’s Antarctic expedition. 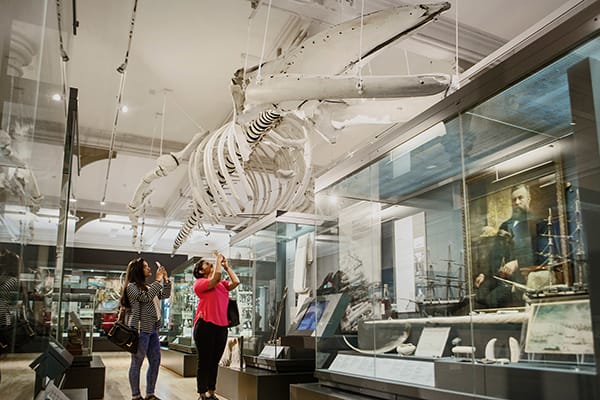 The McManus Art Gallery and Museum in Dundee 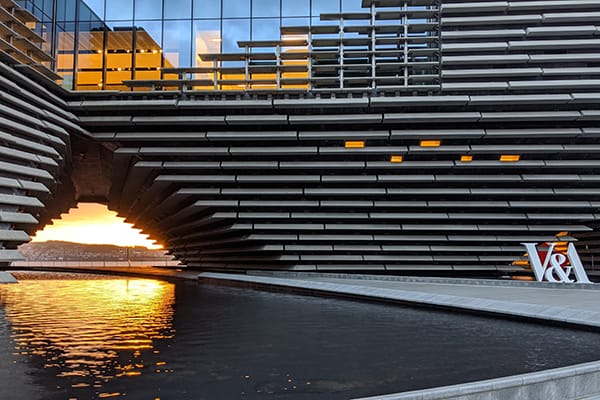 The V&A in Dundee

A bit like Hollywood’s Walk of Fame, the Discovery Walk at Slessor Gardens celebrates gifts given to the world by many extraordinary people who’ve lived and worked in Dundee. A series of plaques along the path honour the pioneering, scientific and social spirit of the likes of philanthropist Mary Ann Baxter. Explore the themed gardens while you’re there. Speaking of botanicals, Dundee is the home of Verdant Gin. Voted Scottish Gin of the Year in 2017, it’s a must-try on your visit.

The McManus building dominates Albert Square, a combination of Victorian roots and a grand, modern refurbishment. The art gallery and museum ensures an impressive selfie backdrop, along with the option to admire fine art and traditional sculpture. Set aside enough time to see eight galleries across two floors, with around 400 million years of history on display.

The county of Angus is known as Scotland’s birthplace. Here, at Arbroath Abbey, the Declaration of Arbroath was drafted in 1320. The Abbey itself fires the imagination with extensive and atmospheric medieval ruins. Founded as a monastery in 1178, it now hosts an interpretation centre displaying how much the American Declaration of Independence was based on the 400-year-old Scottish document. 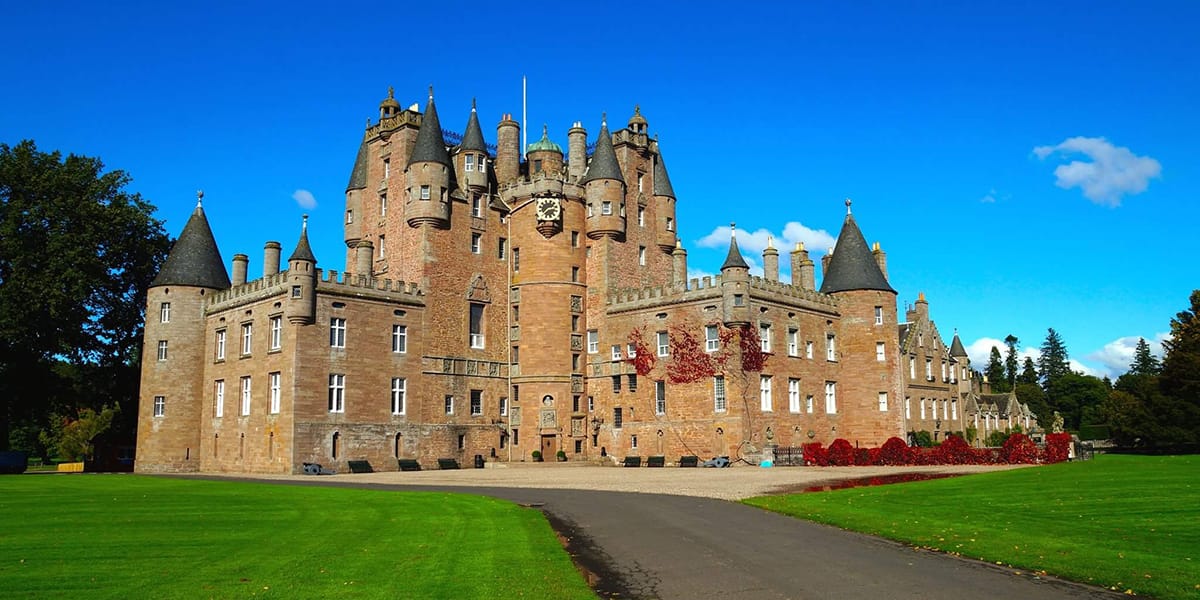 Looking for a real-life Scottish fairy-tale? Visit Glamis Castle, which is arguably the most enchanting in Scotland. Surrounded by rolling countryside, the castle features manicured gardens, bowling lawns and an awe-inspiring drive on approach. In terms of royal connections, this was the childhood home of the late Queen Mother and it has connections with Mary Queen of Scots and the Jacobites. It’s even the setting for that most theatrical of Scottish kings, Macbeth.

Visit Glamis Castle, which is arguably the most enchanting in Scotland. Surrounded by rolling countryside, the castle features manicured gardens

Keen gardeners love Edzell Castle and Gardens for the stunning walled garden created by Sir David Lindsay in 1604. The Pleasance is a formal garden brimming with flower boxes and sculptured stone panels. For a taste of the humbler life lived in Angus, head to Barry Mill at Carnoustie. Purchased by the National Trust in 1988, it’s a rare, working corn mill framed by fields filled with picnic tables.

Perthshire is home to the crowning place of Scotland’s kings, Scone Palace. Oozing history and character, it sprawls above the River Tay and whispers secrets of Robert The Bruce, Macbeth and the Picts. Stroll through the lavish gardens before discovering collections of antiques and paintings. You’ll also walk the Long Gallery, once the longest room in Scotland where Charles II proceeded to his Coronation.

Hop in the time machine to Kenmore to visit Scotland’s oldest inn. The Kenmore Hotel was founded as a tavern in 1502 and converted to a hotel in 1572 by Laird Colin Campbell. Moving onto Perth – which was once the capital of Scotland favoured by kings and queens – you’ll visit a wealth of museums and art galleries. Perth Museum and Art Gallery is one of the oldest, with a changing programme of exhibitions and events. Admire the works of Scottish colourist John Fergusson and his wife Margaret Morris at Fergusson Gallery. 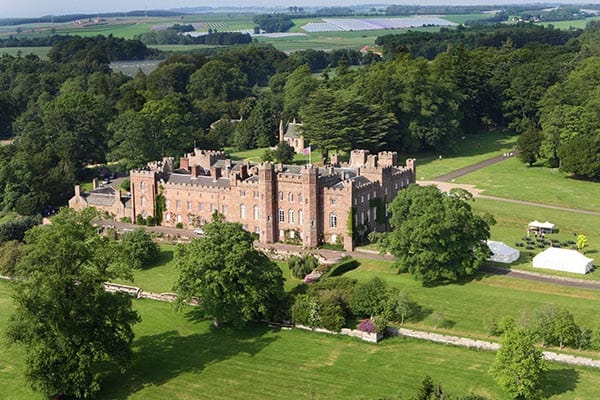 The Black Watch Castle and Museum in Perth

No visit is complete without discovering the area’s illustrious military connections. The Black Watch Castle and Museum tells the story of Scotland’s elite military regiment from 1739 to 2006. World-class displays highlight years of patrolling The Highlands, and service in the First and Second World Wars. If you’d rather learn about the hottest and coldest places on the planet, delve into the Royal Scottish Geographical Society’s exhibits. Some of Scotland’s oldest headstones are found at Greyfriars Burial Ground and Stanley Mills showcases the history of textile production.

Perthshire is home to important historical structures such as Scone Palace, and The Black Watch Castle and Museum. Both places absolutely ooze history and character

Hands up if you can’t wait to travel along the whiskey trail? An abundance of whiskey distilleries ensures that Perthshire challenges the great Malt Whiskey Trail. Lovers of the amber liquid visit Glenturret Distillery, which has been going strong since 1775. Tullibardine’s story began in 1488 and Blair Atholl rests on the backdrop of the Grampian mountains. Scotland’s gin industry is snapping at whiskey’s heels on the tour circuit. Pop into Persie Distillery for free samples and a glimpse at production.