History and heritage of Aberdeenshire

Scotland’s rich heritage spans the length and breadth of the nation, from Shetland to Dumfries and Galloway. Hundreds of fantastic, historic properties from prehistoric dwellings to castles, abbeys and cathedrals tell the story of Scotland and the people who have called it home. Visitors to Aberdeenshire, known as Scotland’s castle and whisky country, have the opportunity to explore both the dramatic coastline and the wide open rolling countryside found inland.

This is an area that has a rich prehistoric and historic heritage and it is home to a number of intriguing Historic Environment Scotland (HES) sites that offer a fascinating insight into the past.

HES cares for the largest number of historic visitor attractions in the country, holding the key to more than 5,000 years of Scottish history and culture. These attractions offer great days out for both young and old, with lots to see and do. This area is home to 23 HES properties including six castles and eight significant stone sites.

Huntly Castle, the most visited HES property in this area, is the ancient seat of the Gordons and is remarkable for both its stunning architecture and stirring history. The castle served as a baronial residence for five centuries and underwent several transformations before reaching its present form. The surviving remains at the site tell the story of the development of the Scottish castle from the motte and bailey of the 12th century, through the tower-house castle of the later Middle Ages, to the stately stone palace of the 17th century.

In terms of historical significance, Huntly Castle certainly holds a position in Scottish history. The castle gave shelter to Robert the Bruce during his struggle with England in the early 14th century, and the first stone castle on the site witnessed the height of the struggle between the Stewart king, James II, and the over-powerful Black Douglas family. The grandeur of the castle and the importance of the Gordons meant that royalty, and others of distinction, often visited and enjoyed its splendid architecture which features many impressive characteristics including fine heraldic sculptures and inscribed stone riezes. 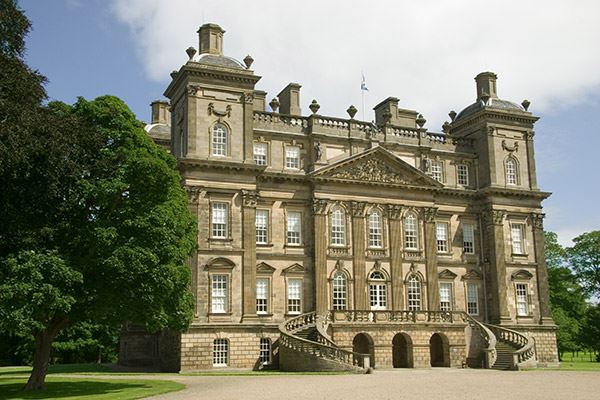 Duff House is cared for by Historic Environment Scotland 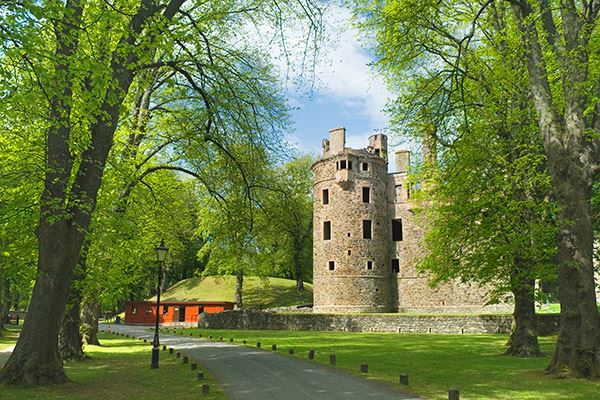 Huntly Castle served as a baronial residence for five centuries

Present-day visitors can also enjoy these aspects of the castle and interpretative displays bring the site to life. There is the opportunity to take away a memento from your visit with a gift from the shop and even enjoy a picnic in the grounds.

Not far south from Huntly Castle, open during the summer months, is the popular Kildrummy Castle. Although ruined, there is still an atmosphere of confidence and also serenity. It is not known who built the castle and when, but evidence points to an earl of Mar and a date somewhere in the middle of the 13th century.

Throughout its long and distinguished history Kildrummy was never far from the political spotlight. During the wars with England in the early 14th century the castle gave shelter to the Bruce family and its strength was tested on several occasions. It was with John Erskine’s ill-fated Jacobite risings in 1715 that Kildrummy’s story came to an end. At this time it was abandoned as a fortress and residence, and the ruins are now all that remain.

Huntly Castle, the most visited HES property in this area, is the ancient seat of the Gordons and is remarkable for both its stunning architecture and stirring history

Further inland, with a remote moorland setting, is Corgarff Castle. The impression that Corgarff is something out of the ordinary is confirmed as you draw near and the 18th-century star-shaped perimeter wall surrounding the tower is revealed. Many tower houses were seen as old fashioned by the 1700s and Corgarff would probably have been left to decay had it not been for its important strategic position.

Notable in the castle’s history is the horrific tragedy of 1571 when 24 people died in a fire; this story is remembered in the ballad Edom o’ Gordon. Today the castle stands in beautiful, tranquil countryside, offering a reflective insight into the area’s past. With such a setting sturdy footwear is recommended for visitors as they enjoy the interpretive signage around the site.

Noted for its highly-ornamental gatehouse, Tolquhon Castle is one of the more picturesque castles in the Grampian countryside. Although a noble residence for over 500 years, the present ruins are largely the hallmark of William Forbes, seventh lord of Tolquhon. In 1584 he instigated a comprehensive rebuilding programme at the site and following its completion six years later he had a house that was one of the finest of its day.

Sadly William did not have long to enjoy his new house as he died in 1596: he had built an elaborate monumental tomb in Tarves Kirkyard, which is one of the most noteworthy monuments of its kind in Scotland with a interesting mixture of Gothic and Renaissance elements. Both the castle and the tomb are open to the public all year round, telling a remarkable family history which visitors can reflect on with a picnic in the castle grounds. 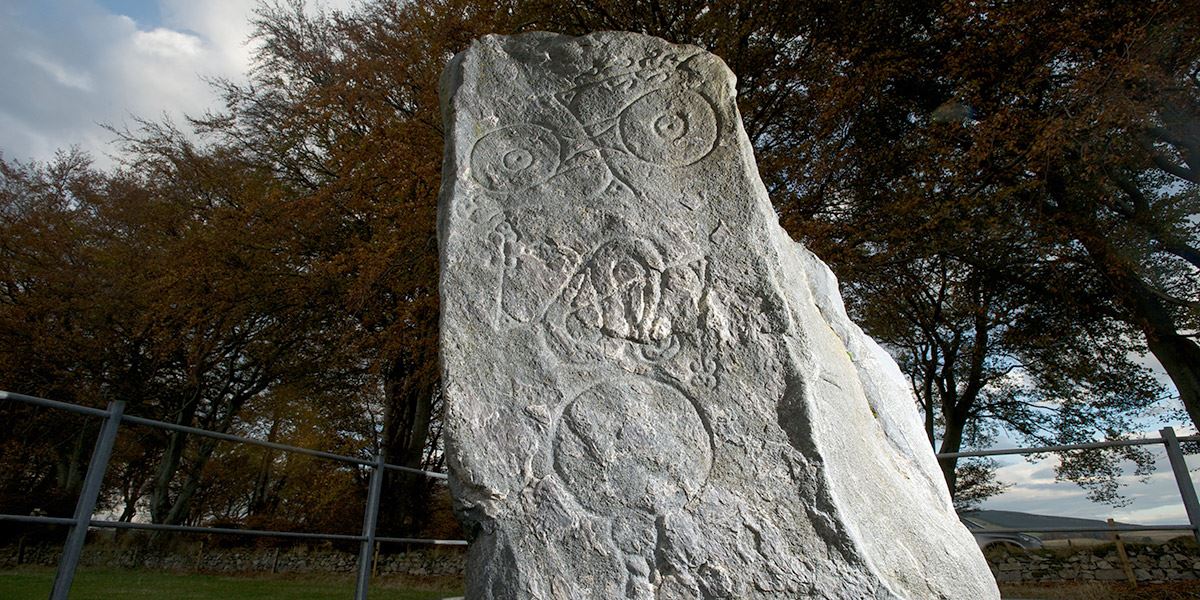 The importance of the Pictish heritage of the Aberdeenshire area is demonstrated with a number of significant stone sites. The Picardy Symbol Stone, eight miles south of Huntly, is one of the oldest, simplest Pictish symbol stones possibly from as early as the 7th century. Just north of Kirkton, the Dyce Symbol Stones are also worth a visit. One has the older type of incised symbols and other has symbols accompanied by a cross and decoration.

Just north west of Inverurie is the Brandsbutt Symbol Stone, an early example with an ogham inscription, and there is also the Maiden Stone which is a 9th-century cross slab which bears a cross on one side and Pictish symbols on the other.

These are just a few of the sites in the care of HES in the Aberdeen City and Aberdeenshire area. The rich built heritage of the area is really outstanding and with so much to see and explore you are guaranteed never to have a dull moment. 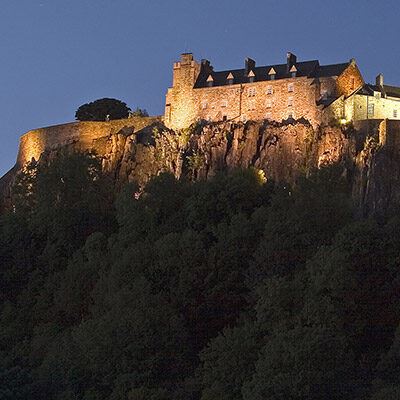 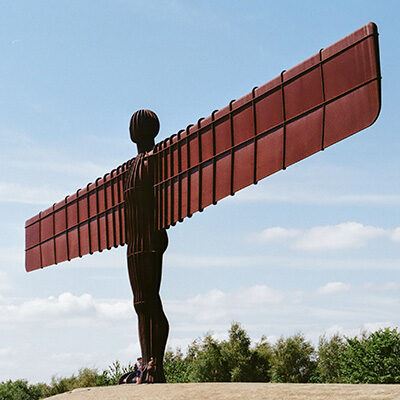 Crathes Castle, just outside Banchory, is one of the National Trust for Scotland’s best loved properties. Dating from the late 16th century, this is a fairytale castle, complete with turrets and towers, and some rooms retain their magnificent original painted ceilings. Outside, the famous gardens with their great yew hedges and colourful herbaceous borders are not to be missed.

Nearby, Drum Castle combines a 13th-century tower with a Jacobean mansion house and has a great collection of furniture and paintings on display. An exciting new development at Drum has been the creation of an exhibition space designed to showcase contemporary art in a traditional setting. The grounds are also well worth a visit, with the notable Garden of Historic Roses, and a play park for the little ones in the Old Wood of Drum.

Further north, near Turriff, Fyvie Castle can trace its origins back to the 13th-century and its opulent Edwardian interiors, its superb collections of arms and armour and its renowned art collection, featuring work by Raeburn and Gainsborough, make for a memorable visit. 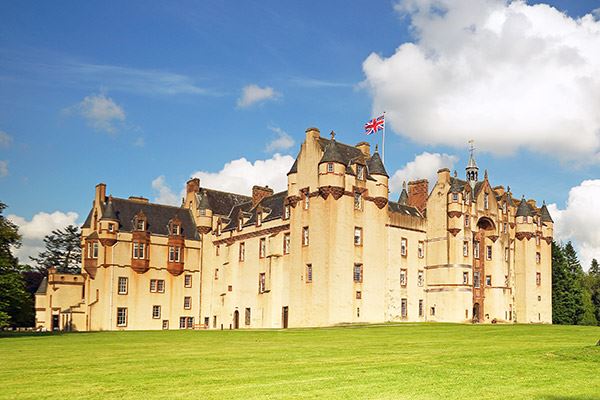 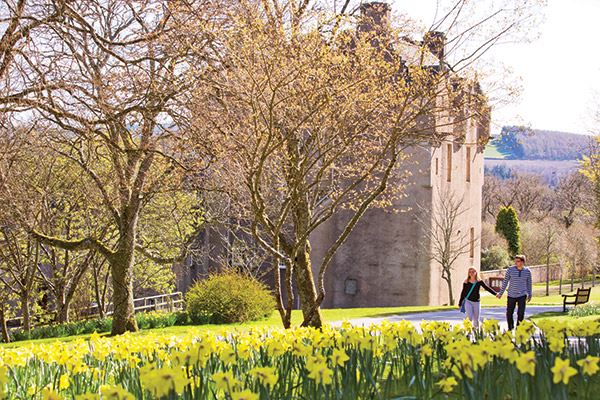 One of the grandest Castles of Mar, Castle Fraser, was completed in 1636 and contains a very evocative Great Hall. In the grounds are a secluded walled garden and extensive woodland walks, which provide fine views of this picturesque castle. Tackle the wilds of the Woodland Secrets adventure playground with wooden sculptures, tipis and a treehouse.

Also north of Aberdeen is Haddo House, originally designed by William Adam in 1732 and refurbished in 1880, combining Georgian architecture with Victorian interiors. Throughout the house, family portraits, sculptures and memorabilia build up a fascinating history of the Gordon family over the centuries and generations.

Garden lovers should make a point of visiting nearby Pitmedden Garden, with its five miles of box hedging arranged in intricate patterns to form six parterres, filled with some 40,000 plants each year, bursting with summer colour.

The best pubs for craft beer in Aberdeenshire