History and heritage of Cardiff and the Vale of Glamorgan

The history and heritage of Cardiff and the Vale of Glamorgan laid the foundations for a rich present-day culture with a diverse range of influences, from the Romans and Normans through to the industrial revolution and, of course, the coal industry which transformed Cardiff from a small town into a thriving, international city.

The story began in AD55 when the Romans established a fort on what is now the site of Cardiff Castle. Some of the original Roman walls can still be seen in Cardiff Castle, and it is suggested that Cardiff even took its name from Roman general Aulus Didius – Caer Didi means ‘Fort of Didius’. The Vikings and the Normans also made their presence felt in Cardiff, and in 1091 Robert Fitzhamon began work on the castle keep, which has been at the heart of the city ever since.

In the late 19th century, the 2nd Marquess of Bute built the Glamorganshire canal, which linked Merthyr Tydfil with Cardiff and the Cardiff docks, to take advantage of the huge coal reserves in the area. This saw Cardiff become the biggest coal exporting port in the world, resulting in Edward VII granting Cardiff city status in 1905. The port reached its peak in 1913, with more than 10 million tons going through the port. 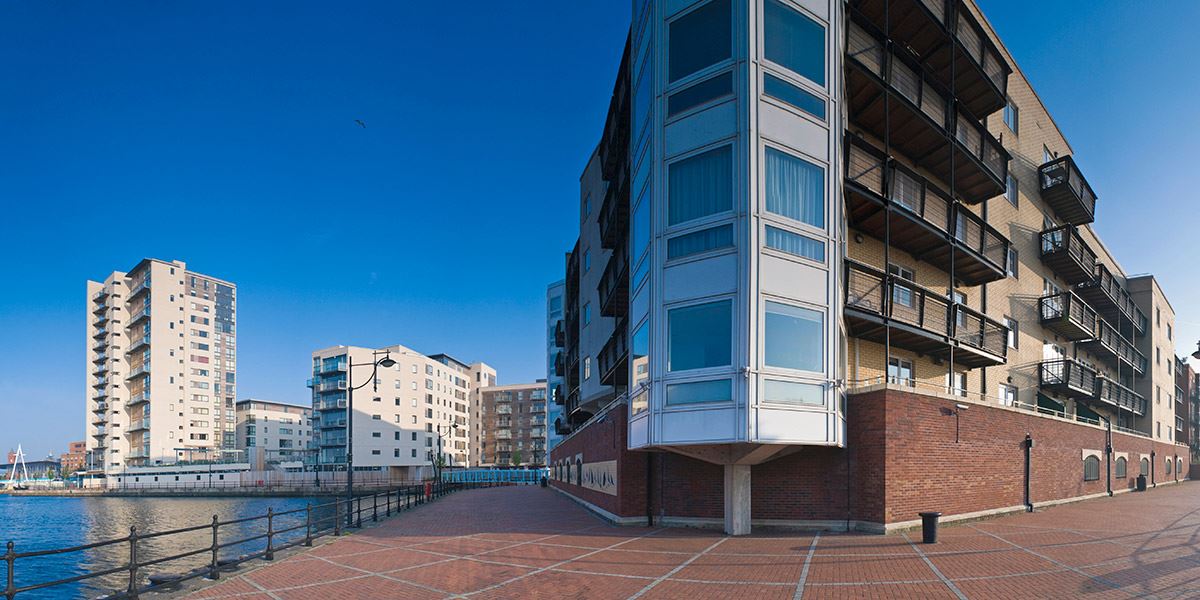 The Cardiff Docks played a prominent part in Cardiff’s history

As Cardiff exports grew, so did its population; dockworkers and sailors from across the world settled in neighbourhoods close to the docks, known as Tiger Bay, with communities from up to 45 different nationalities, including Norwegian, Somalian, Yemeni, Spanish, Italian, Caribbean and Irish helping to create the unique multi-cultural character of the area.

After going into decline in the 70s and 80s Cardiff’s docks and city centre have now been regenerated. Cardiff Bay is now a thriving waterside development, and the construction of the Millennium Stadium in the city centre helped transform Cardiff into a true European capital city. In 2005 Cardiff celebrated its centenary as a city and 50 years as capital of Wales, and enjoyed a year-long calendar of events, festivals and parties which marked the double anniversary.

As Cardiff exports grew, so did its population; dockworkers and sailors from across the world settled in neighbourhoods close to the docks, known as Tiger Bay

Home of the Daleks

In March 2004 Cardiff was designated as the world’s first FairTrade Capital City in recognition of its support for the scheme. To gain this status Cardiff Council had to ensure that FairTrade products are available in a number of cafes, stores and supermarkets in Cardiff, as well as serving FairTrade teas and coffees in its own canteens and meetings. 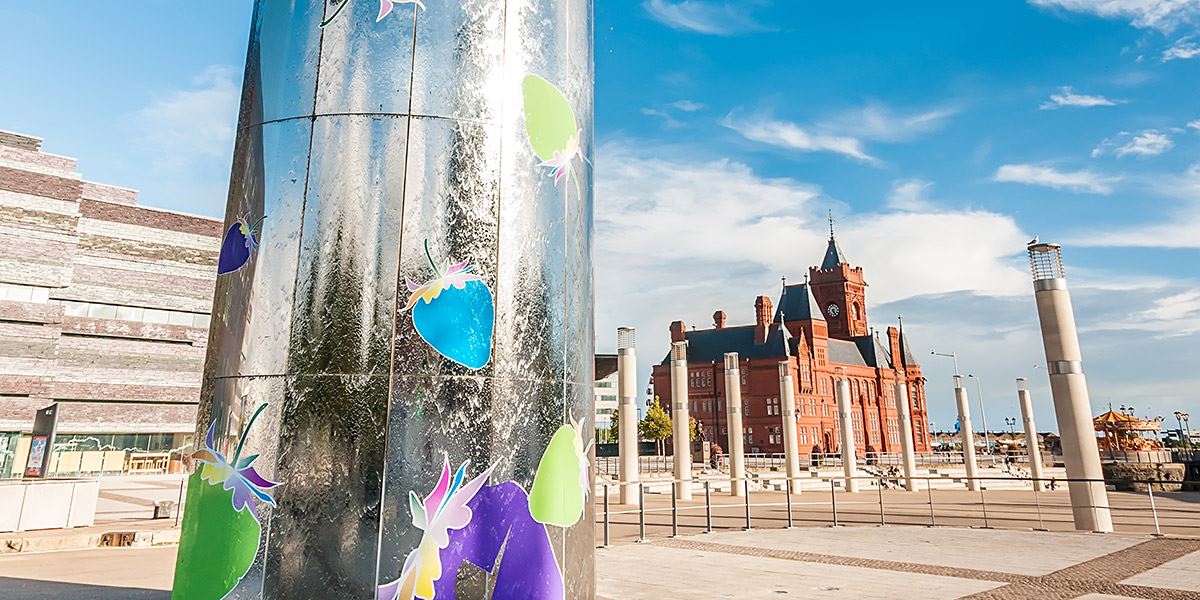 Cardiff has produced many famous names in the last century. Children’s author, Roald Dahl, was born in Cardiff in 1916, and the Norwegian Church where he was christened is now used as an arts centre and cafe. In the sports world, footballer Ryan Giggs and athlete Colin Jackson and Tanni Grey Thompson are well-known worldwide, and Shirley Bassey and Charlotte Church are the city’s home-grown musical divas.

In 1910 Captain Robert Scott set off from Cardiff in the ship the ‘Terra Nova’ on his ill-fated trip to the South Pole. Cardiff connections to Scott include a memorial sculpture in Cardiff Bay, a memorial lighthouse erected in Roath Park and the Discovery pub in Lakeside, home to photos from the expedition. The Captain Scott room in the Royal Hotel, where he ate his farewell dinner, was also re-opened recently.

Cardiff has a long association with sport. In 1958 the city hosted the British Empire and Commonwealth Games, now better known as the Commonwealth Games. The Empire swimming pool, however, was demolished to make way for the Principality Stadium – which hosted the Rugby World Cup final in 1999 and other World Cup matches in 2007 and 2015. The stadium also made sporting history in 2005, when Wales won the Six Nations Grand Slam Championship for the first time in over 20 years. 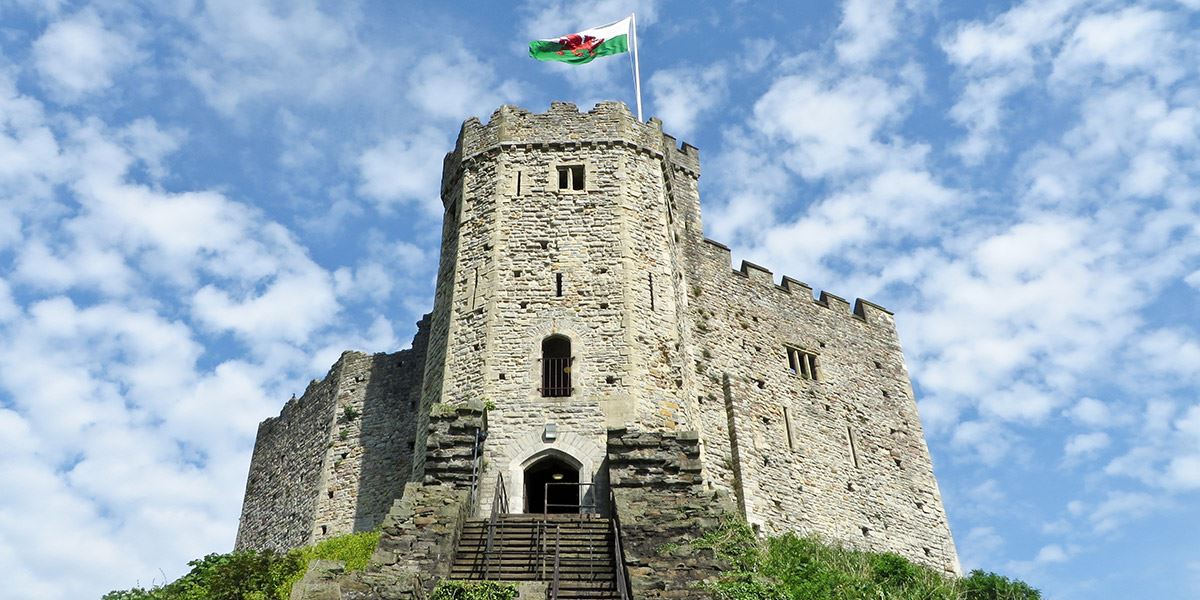 If you want to take a walk back in time through the Roman and Norman occupations of South Wales, Cardiff and the surrounding region boasts a huge number of historic sites. Starting in the capital and travelling through seven nearby counties you will come across some of the most fascinating castles and heritage sites the UK has to offer.

Located in the city centre, this is one of Wales’s leading tourist attractions. It contains over 2,000 years of history, from Roman times to the present day. Its Roman walls, Norman keep, medieval halls, towers and exquisite Victorian restoration never fail to delight and intrigue visitors. The 3rd Marquis of Bute transformed the castle at the end of the 19th century into a delightful and colourful palace. The castle grounds also house a regimental museum.

Ten minutes drive away and situated in the town centre lies Caerphilly Castle. Castles don’t come much grander than Caerphilly. This is the second-largest castle in Britain, after Windsor. It was built by Gilbert De Clare in the late 13th century and has everything: classic concentric design, high towers, moats, banqueting hall, working replicas of siege engines and even a tower that out-leans Pisa.

If you want to take a walk back in time through the Roman and Norman occupations of South Wales, Cardiff and the surrounding region boasts a huge number of historic sites

Bearing east from Cardiff, just past Newport, is the Roman town of Caerleon (Isca). It is believed that during the Roman occupation Caerleon was one of the most important towns in Britain, one of three major fortresses. A relatively small university town on the outskirts of Newport, Caerleon has the Roman Legionary Museum, an amphitheatre which is the most complete in Britain and the only remains of a Roman Legionary barracks on view anywhere in Europe.

Following the River Usk north, for about 15 miles, you will come across another ancient Roman town called Usk (Burrium). This was another large Roman fort with the ruins being uncovered underneath its modern streets. There is also an 11th-century Norman Castle where one of the wives of Henry VIII lived. 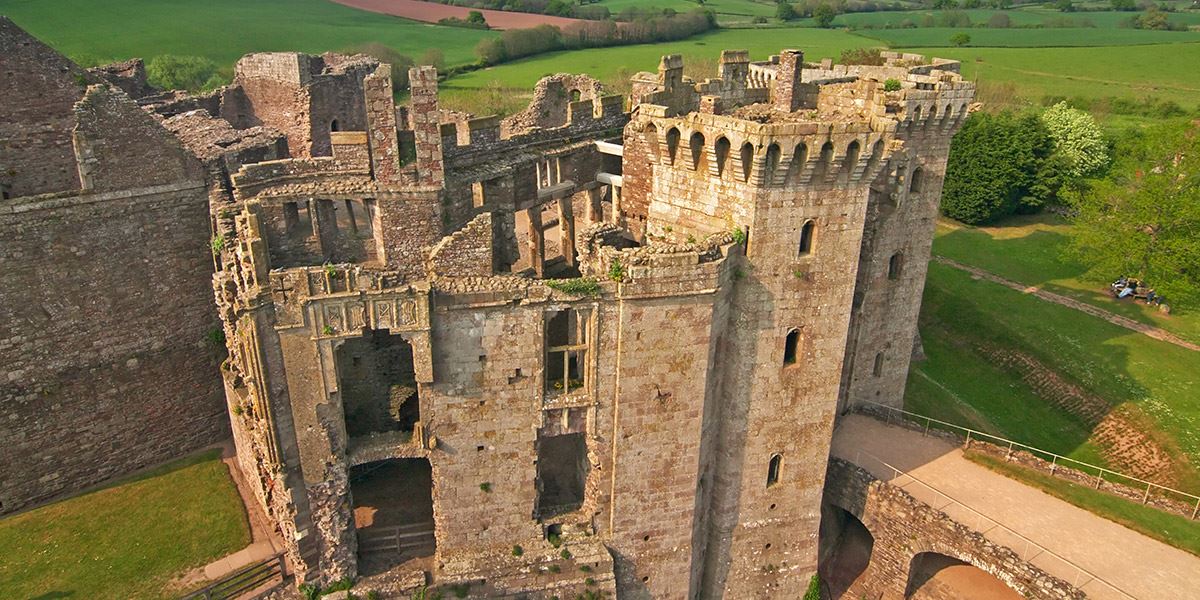 The 15th-century Raglan Castle is sited four miles north of Usk, and is one of the most spectacular castles in the UK. Despite demolition attempts by Cromwell’s forces during the Civil War, much of the Castle, in particular the Great Tower and state apartments.

Following the River Usk north, for about 15 miles, you will come across another ancient Roman town called Usk

The Vale of Glamorgan coast was formed 200 million years ago, which is a pretty impressive historical claim. Recent by comparison are the Neolithic burial chambers, St Lythan and Tinkinswood, in the village of St Nicholas, dating back a mere 6,000 years. The capstone on the chamber at Tinkinswood is one of the largest in the UK, weighing at least 40 tons, and measuring 24 feet. 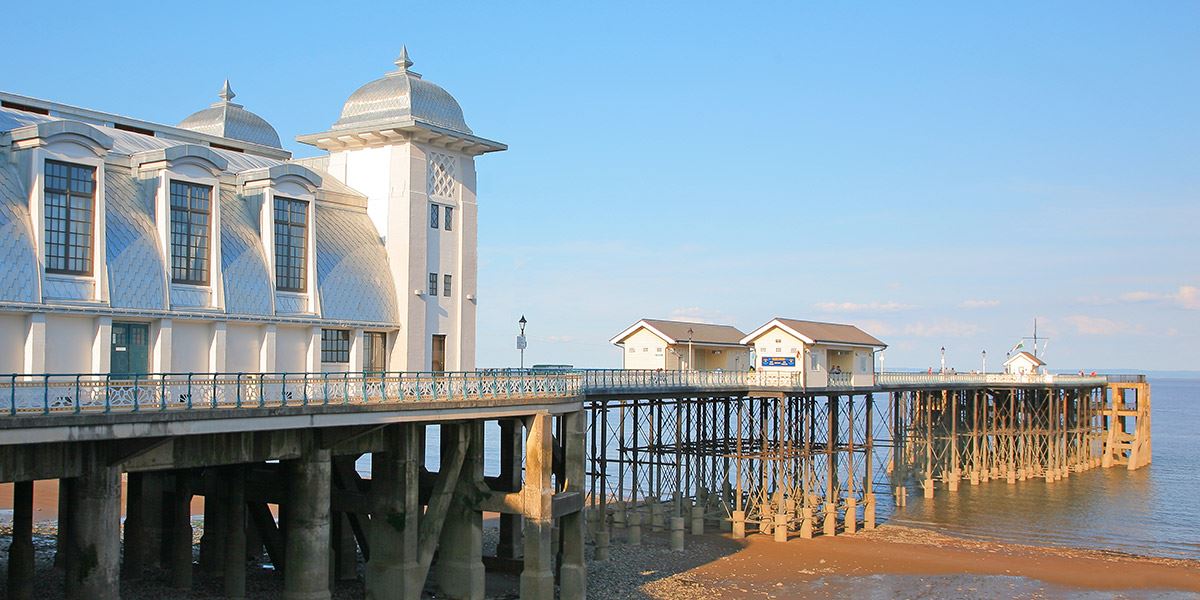 Like the rest of Wales, the ‘Vale’ has a wealth of castles such as the atmospheric Old Beaupre Castle near Cowbridge, and the charming ruins of Ogmore Castle, which overlook the river, which has stepping stones so that you can walk across the fields to the delightful village of Merthyr Mawr, and its thatched cottages.

The bucolic landscape ends abruptly in high, rolling sand dunes, a fascinating feature, and the second tallest dune system in the UK. The area is a Site of Special Scientific Interest because of the wealth of plant and insect life that thrives there. Look out for the Tythegston long barrow in the vicinity, and the remains of Candleston Castle, a fortified medieval manor house.