History and heritage of Cheshire

When it comes to UK cities, few have such a rich history as Chester. Founded originally as a fort named Deva by the Romans in around AD 75, the city was the scene of battles between warring Welsh and Saxon kingdoms throughout the post-Roman years until the Saxons strengthened the fort against raiding Danes.

Roman Chester was also the time when the city’s future foundations were laid by craftsmen, including bakers, butchers, carpenters and blacksmiths. Roman Chester was also a busy little port and luxuries such as wine and finely-made pottery were imported. The 7,000-seat amphitheatre, which still remains the largest in the country, entertained locals who came to watch gladiators, cock fighting and bear baiting.

However in the 4th century Roman civilisation began to break down, and people began to drift away from towns like Chester, leaving them in many cases, totally abandoned. It is still unclear what exactly happened to Chester when the Romans left, but soon after, England and Wales split into rival kingdoms. 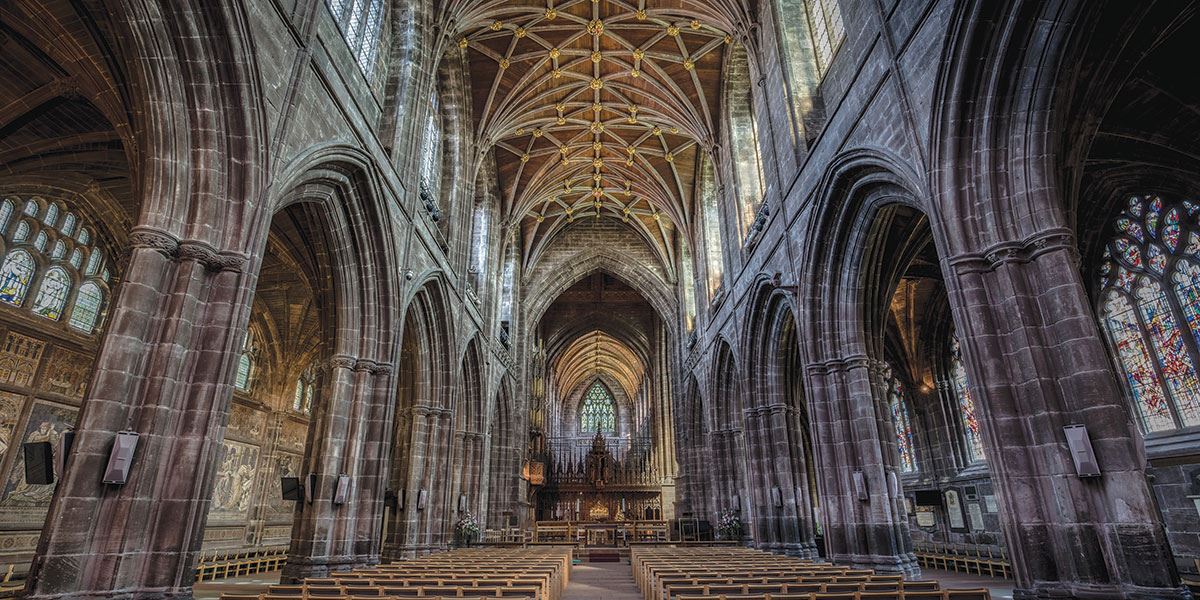 By the 7th century, the city was invaded by the Saxons who gave Chester its name. Streets were laid out in the 10th century, and people were encouraged to come and live in the city. Soon, Chester was a flourishing place boasting a mint and a weekly marketplace, and a population of 2,000. Over the years, many of its most famous landmarks were built, including the weir across the River Dee, the Kaleyard Gate, and the Water Tower. In 1541 Chester Abbey became Chester Cathedral and the population steadily grew. Chester was known for its leather industry and there was still a wool industry and a thriving wine port.

Over the years, many of its most famous landmarks were built, including the weir across the River Dee, the Kaleyard Gate, and the Water Tower. In 1541 Chester Abbey became Chester Cathedral and the population steadily grew

To this day, Chester Racecourse is Britain’s oldest sporting venue in continual use. The first race at the Roodee took place in 1539, replacing the famously bloody Shrove Tuesday football game, and the Roodee has been synonymous with the city ever since.

During the Napoleonic Wars from 1793-1815, the Chester shipbuilding industry boomed as did lead working, and the surviving shot tower was built in 1800. But Chester was not transformed by the industrial revolution in the way other northern towns were, remaining a genteel place popular with well-to-do tourists. In 1866 the affluent Grosvenor Hotel was built. More growth was to come, with the building of the Grosvenor Bridge in 1833 and the central railway station shortly afterwards. 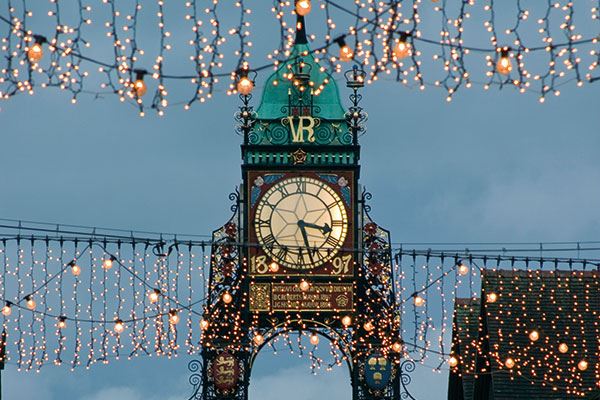 Grab a selfie next to the famous Eastgate Clock 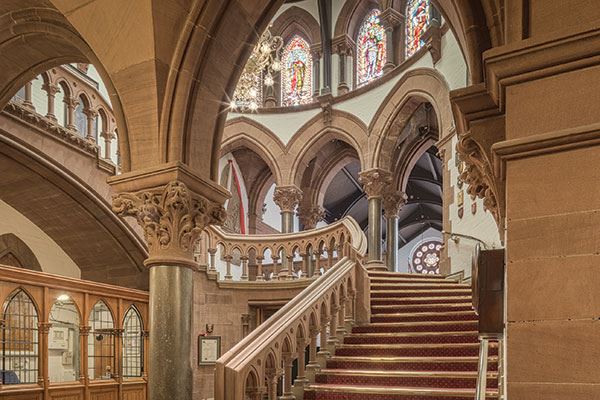 Take in the wonderful architecture of Chester Town Hall

Life in Victorian Chester gradually improved with Grosvenor Park which was laid out in 1867 and a new Town Hall, followed by the first free public library, the Grosvenor Museum and the Eastgate Clock. In the 1920s and 30s, houses that still remain today were built to replace the recently-demolished disease-ridden slums known as ‘the dens of iniquity’.

1931 saw the arrival of Chester Zoo, opened by George Mottershead who dreamed of building the world’s first zoo without bars. Over the next years, the Grosvenor Shopping Centre was built along with St Martin’s Gate and an inner ring road in 1972 transformed the city to how we can recognise it today.