History and heritage of Conwy

Long before both Conwy and Llandudno became the quaint coastal communities we now know, a conquest settlement and mining community stood in their place respectively.

Conwy was shaped at the hands of royalty, first by Welsh nobles, then an English king. The Princes of Gwynedd sculpted a vast part of the landscape of modern Wales, including Conwy. An exhibition which showcases their legacy can be viewed in the Tourist Information Centre on Rose Hill Street. But the town we see today was built under royal order by King Edward I at the end of the 13th century after his successful conquest of Wales.

One of his first acts here was to force out the monks of the existing Aberconwy Abbey. Its remains can be found in part at St Mary and All Saint’s Church. Then, as part of his iron ring of strongholds to protect from any further Welsh uprisings, one of Edward’s greatest fortifications was built – the impressive Conwy Castle. A town wall was constructed too, considered by historical service Cadw to be the finest medieval example of its kind in Britain. Both are now a World Heritage Sites. 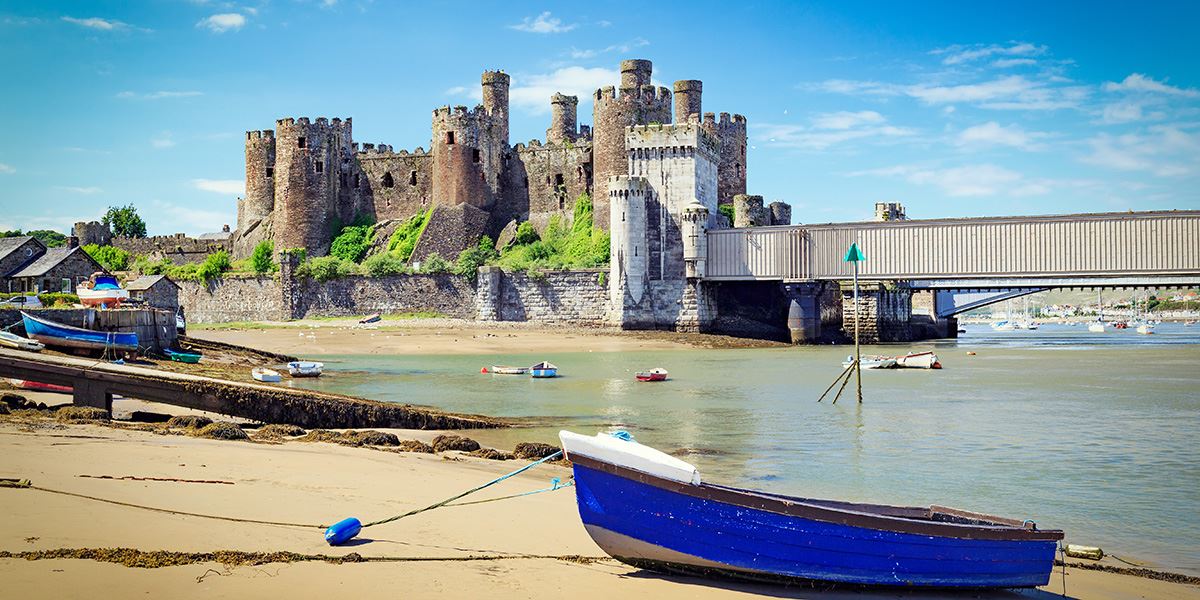 Many revolutions were attempted in the following centuries. The last native Prince of Wales, Owain Glyndwr, led a rebellion in 1403 to capture Conwy Castle.

Architecture of the finest merit would soon pop up. Aberconwy House, said to be the oldest town house in Wales, has rooms that reflect life from different notable periods of the past. One is dedicated to the suffragist movement of the early 1900s. Plas Mawr (the Great Hall) is a picture-perfect Elizabethan town house constructed at the end of the 16th century for Welsh merchant Robert Wynn.

Then Britain’s smallest house, the Quay House, was built, at a tiny 72 inches across and 122 inches high. Conwy quay was formed in 1833, used for fishing and to export goods.

Crossing the river to Conwy was done by ferry until the 1826 when Thomas Telford’s suspension bridge was built. This was followed by Robert Stephenson’s railway bridge in 1849, a road bridge in 1958 and the Conwy Road tunnel in 1991.

Over the river, modern Llandudno has gone through a transformation of its own. A former mining settlement is now a thriving seaside resort. The shared vision of architect Owen Williams, the Mostyn family and local businessmen in 1848, led to plans to develop what was a then open marshland into the Queen of Welsh Resorts. 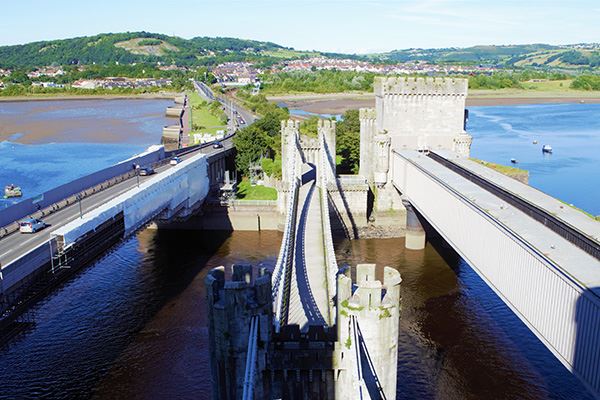 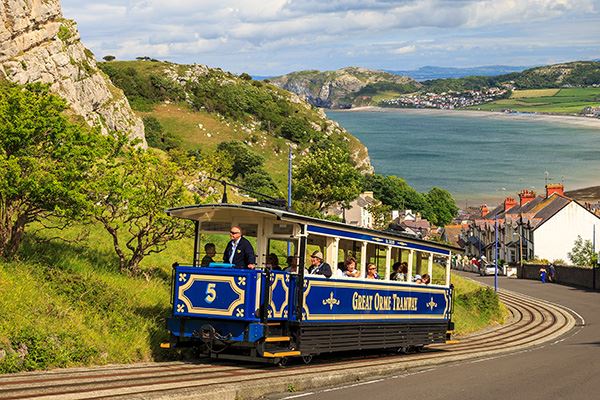 As the area began to change, up came some of its most notable builds. The pier, with its stunning views of the bay and mountain landscape, Llandudno railway station, which gave residents in near-by Manchester, Liverpool and Birmingham quicker access to the resort, and the Great Orme Tramway, which still ferries visitors up and down the iconic headland today.

Another of the Mostyn’s contributions to Llandudno was a landscaped quarry that was reimagined as a garden, golf course and open-air theatre. Known as the Happy Valley, it was a gift to celebrate Queen Victoria’s Golden Jubilee. In 1969, another pioneering transportation system was added to the town. The Great Orme Cable Lift, a sky-high alternative to the tramway, was opened.