History and heritage of County Kerry

Kerry is named after the pre-Gaelic tribe the Ciarrai – or people of Ciar – whose forefather was Cair, a son of Fergus mac Róich, the mythical king of Ulster. Archaeological finds all over the county, particularly on the far west of the Dingle Peninsula, have shown that people inhabited the area as early as the Mesolithic period – between 10,000 and 5000 BC.

Skellig Michael, situated 12km southwest of Valentia Island is famous as the site of a well-preserved monastic outpost of the Early Christian period and one of the best examples in Europe. In 1993 it was designated a UNESCO World Heritage Site. 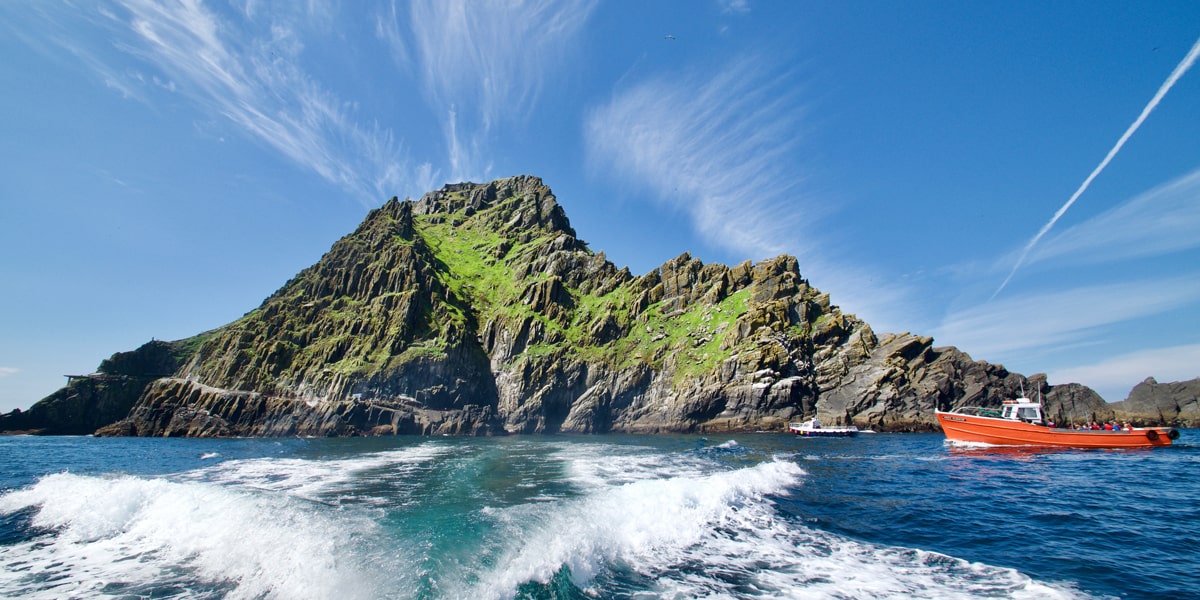 A monastery may have been founded as early as the sixth century, reputedly by Saint Fionán, but the first definite reference to monks on the Skelligs dates to the eighth century when the death of ‘Suibhni of Scelig’ is recorded.

Skellig is referred to in the annals of the ninth and tenth centuries and its dedication to Saint Michael the Archangel appears to have happened some time before 1044 when the death of ‘Aedh of Scelic-Mhichíl’ is recorded.

Skellig Michael, situated 12km southwest of Valentia Island is famous as the site of a well-preserved monastic outpost of the Early Christian period

The history of the county

Even after the first wave of Norman invasions led by Strongbow, most of what is now known as Kerry remained under rule by one of the most powerful families of the region, the MacCarthys. That was to change in the 14th century as the northern part of the county fell under the rule of the Anglo Irish Earl of Desmond, a branch of the FitzGerald dynasty.

1588 saw wreckage of the fleet of the Spanish Armada along the west coast of Ireland and some of the ship, which were returning to Spain during the stormy weather, sought shelter at the Blasket Islands.

The Nine Years’ War, sometimes called Tyrone’s Rebellion, took place in Ireland from 1593 to 1603. It was fought between an Irish alliance, led mainly by Hugh O’Neill of Tír Eoghain and Hugh O’Donnell of Tyrconnell, against English rule in Ireland and was a response to the ongoing Tudor conquest of Ireland. After Ireland’s defeat, much of the land in Kerry was given to English settlers.

In 1641 another rebellion was led by the MacCarthy family, whose forces were some of the last to surrender to Cromwell’s roundheads in the inevitable conquest of Ireland in 1652. The last stronghold to fall was Ross Castle, near Killarney. 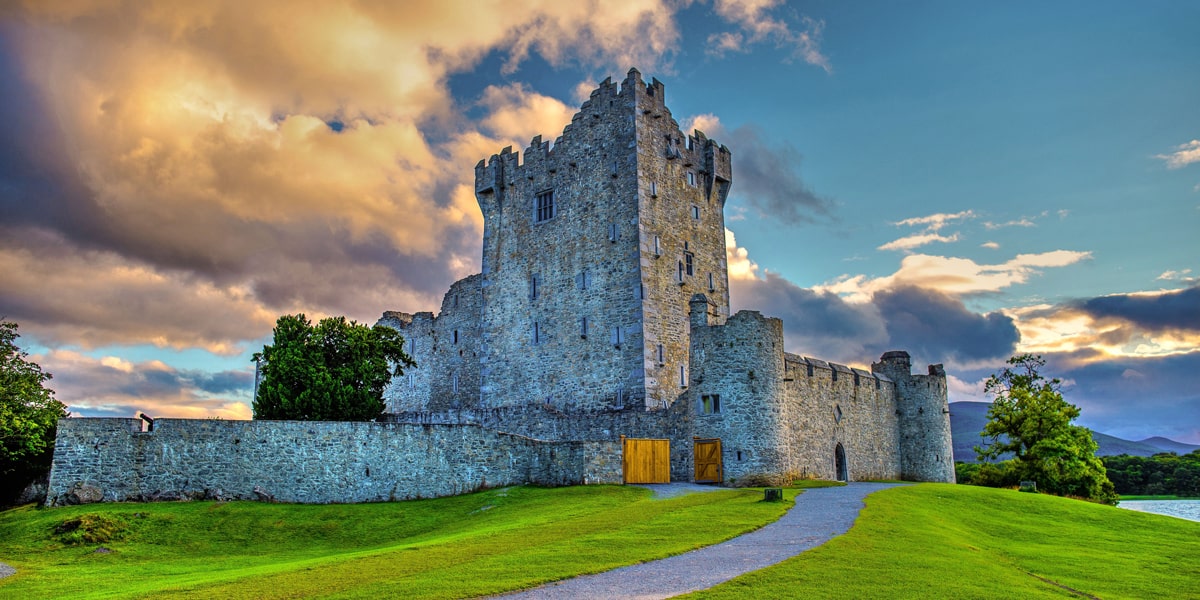 During the years of the Great Irish Famine of 1845-49, Kerry lost about 30 per cent of its population to death and emigration, with an excess mortality rate of 15 per cent. Most of the emigration from the county took place in the later decades of the nineteenth century and in the twentieth century; in the 125 years from 1841 to 1966, the population fell by 58 per cent.

The Irish War of Independence and the following Irish Civil War saw County Kerry find its place as one of the most troubled parts of the country. Incidents like the Siege of Tralee and the Headford Ambush changed the landscape of Ireland forever, and left an indelible mark on the history of the country.

Getting to and around County Kerry

Top 10 things to do in County Kerry