Like New York, Dublin is a city of many names. To native Irish speakers, it is Baile Átha Cliath – the Town of the Hurdled Ford – so named by early Irish monks. Confusingly, from early on, it was also called “Dubh Linn” or Black Pool – after the murky waters at the confluence of the Rivers Liffey and Poddle, near today’s Dublin Castle gardens.

Today, rural Irish refer to it as The Big Smoke, or The Pale. Dublin’s early history is dominated by invasions from the Vikings and Normans. The Vikings established a Longphort encampment in the Poddle Estuary, fighting and trading for centuries – most famously in the Battle of Clontarf in 1014, when Irish High King Brian Boru was victor. 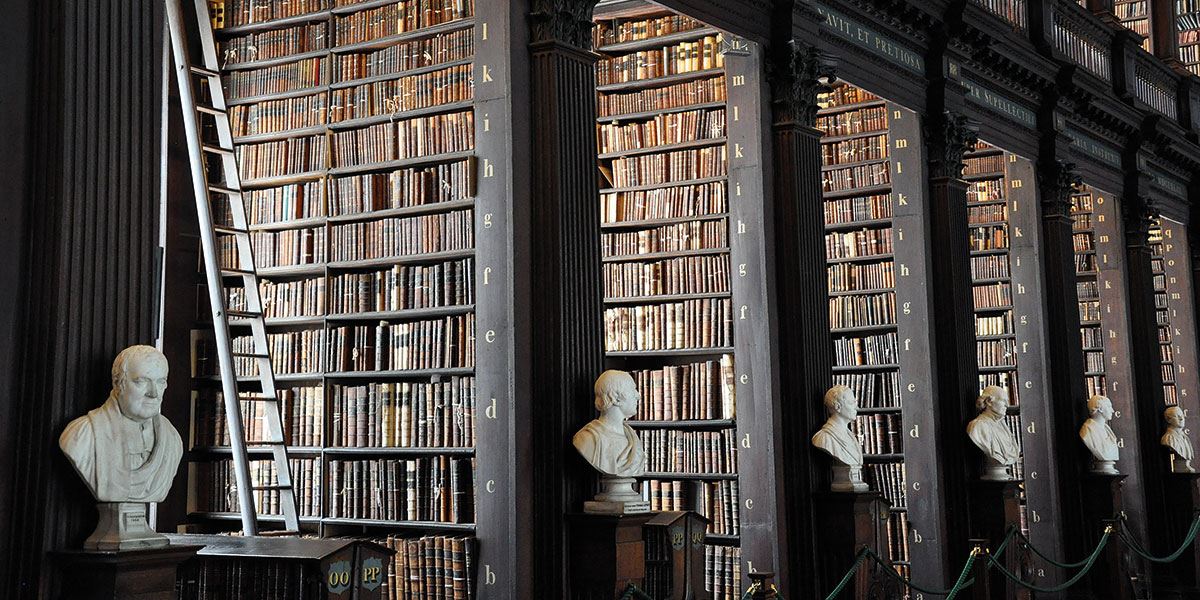 The library at Trinity College

In early 1166, Ruairi O’Connor, King of Connacht, was declared High King of Ireland at Dublin, exiling Diarmuid Mac Murchada (Dermot McMurrough) to Wales, then under the control of the Normans, a Viking tribe who conquered Normandy and, in 1066, Britain. It was a pivotal moment. A Norman lord, Strongbow, married McMurrough’s daughter Aoife. The dowry? Leinster. Strongbow’s forces conquered Viking-Irish Dublin, and, in 1170, Strongbow declared himself King of Leinster. The next year, King Henry II landed with a huge army and pronounced himself Lord of Ireland.

Thus began 750 years of British rule of Dublin, centred, after 1204, on the imposing Dublin Castle, built by King John. Planted by English settlers, Dublin was incorporated directly into the English crown, as the centrepiece of English-speaking Pale. In 1592, Elizabeth I established Trinity College as a Protestant university, and changed Christ Church and St Patrick’s from Catholic to Protestant. A series of repressive sectarian measures – the hated Penal Laws – banned Catholics from living within the city which, after the Cromwellian Conquest, was once again capital of all Ireland.

Elizabeth I established Trinity College as a Protestant university, and changed Christ Church and St Patrick’s from Catholic to Protestant

For the Protestant Ascendancy Lords at least, Dublin thrived, becoming the second city of the British Empire in the Georgian period. Yet the British response to the 1798 United Irishmen rebellion scrapped Home Rule for the Protestant Dublin gentry, who largely fled to England. Mostly living in slums, the native Irish again became a majority in Dublin. Led by the “Liberator” Daniel O’Connell, wealthier Catholics were granted citizenship in 1829 – but Irish MPs were still forced to meet in London.

Despite the Great Famine (which killed over a million Irish people), and despite repeated failures by Irish Parnellite MPs to secure Home Rule – there was no major rebellion for decades. On Easter Monday 1916, 1,250 armed Irish republicans led by James Connolly and Padraig Pearse occupied key sites across the city (although not Dublin Castle), declaring a Republic. 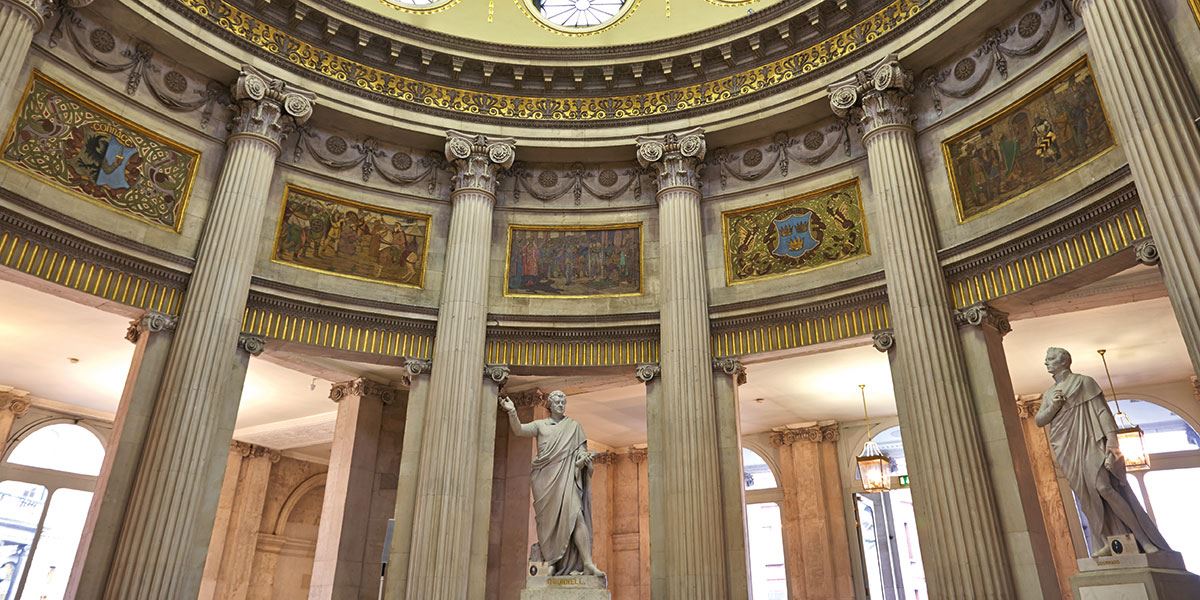 Dublin City Hall was involved in The Easter Rising, which took place on Easter Monday in 1916

Five hundred people died in a week of fighting and the Irish Revolutionary period had begun. Initially hostile to the rebels, public opinion softened following the British executions, leading to the establishment of the First Dáil in 1919, and a guerilla campaign led by Michael Collins which, in 1922, won independence for the Irish Free State, later to become the Republic of Ireland in 1949.

There followed decades of economic stagnation until slow liberalisation in the 1960s. Yet Dublin only really took off in the 1990s. Helped by sound financial management and EU structural funds, Dublin became the driving force for the Celtic Tiger economy. In 2019, Dublin was the second fastest-growing economy in the Eurozone.