With ancient castles, beautiful landscapes and captivating tales, the history of Dundee, Angus and Perthshire is for sure a fascinating one.

Scotland’s rich built heritage spans the length and breath of the nation, from Shetland in the north to Dumfries and Galloway in the south. Hundreds of fantastic historic properties from prehistoric dwellings to castles, abbeys and cathedrals tell the story of Scotland and the people who have called it home.

Dundee, Angus and Perthshire, known as Scotland’s heartlands, comprises beautiful, unspoilt landscapes that feature many historic properties dating back thousands of years, that remain in various forms for the people of today to explore. With a legacy of tradition and culture, of ancient kings and queens, this area is home to a number of intriguing Historic Environment Scotland sites that offer a fascinating insight into the past. 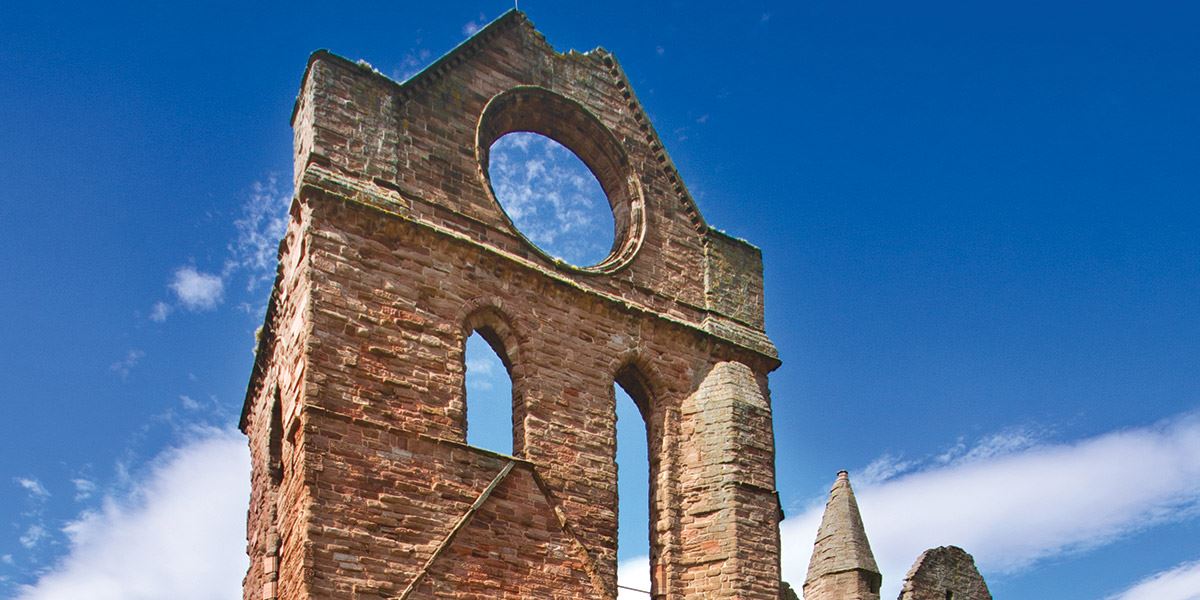 Historic Environment Scotland cares for the largest number of historic visitor attractions in the country, holding the key to more than 5,000 years of Scottish history and culture. These attractions offer great days out for both young and old, with lots to see and do. This area is home to 37 Historic Environment Scotland properties including no less than eight castles, eight Pictish stone sites and three Roman sites.

Open during the summer months, the most visited property in this area, Lochleven Castle, sits grandly on Castle Island and can be reached by an enjoyable boat journey from Kinross. As the home of Mary Queen of Scots during the most traumatic year of her life, in 1567, you can’t help but be drawn in by the drama and atmosphere of the site. As one of the most important medieval monuments in Scotland and with scenic walks and a picnic area situated in a National Nature Reserve, Lochleven Castle is a captivating venture into Scotland’s past.

Following the road north, to the town of Arbroath, brings you to the renowned Arbroath Abbey founded in 1178 for monks of the Tironensian order. The Abbey is most famous for its association with the Declaration of Arbroath, where in 1302 Scotland’s nobles swore their independence from England. Situated in the centre of Arbroath, the accessible visitor centre offers a fascinating insight into the abbey’s history, which also has an exhibition on the Declaration. You can even take away your own poster version of the Declaration from the gift shop which sells a selection of Scottish books, gifts and silverware.

Historic Scotland cares for the largest number of historic visitor attractions in the country, holding the key to more than 5,000 years of Scottish history and culture. These attractions offer great days out for both young and old, with lots to see and do

Further along the coastal road, while admiring the views across Lunan Bay, just further north from Brechin you will find yourself at Edzell Castle and Garden. The refined beauty of Edzell was a statement of the prestige of its owners, the Lindsays – this castle really is an enchanting image of a noble, bygone age. At Edzell there is the opportunity to get closer to the lordly life of late medieval rural Scotland, more so than most other castles in the country. The Lindsays, or ‘Lichtsome Lindsays’ as they were known, created a stylised walled garden in 1604 which was decorated with heraldic sculptures and carved panels, making the architectural framework surrounding the garden unique in Britain. The garden was restored in the 1930s and, with such a beautiful setting, it’s ideal for a picnic, wander round the flowerbeds and a relaxing breath of fresh air. 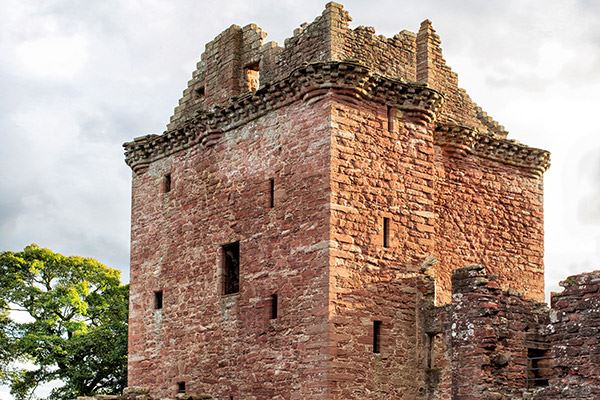 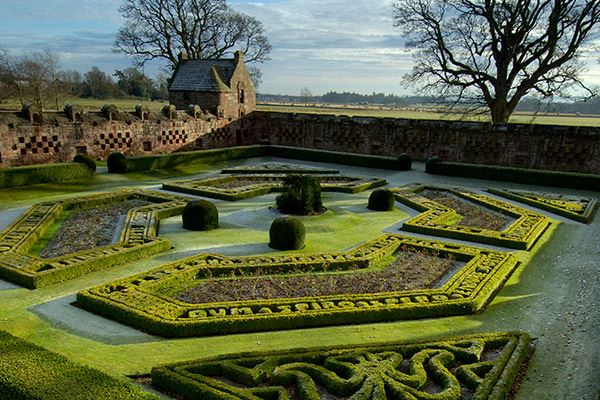 The next most popular Historic Environment Scotland site with visitors takes us back inland, just outside Perth towards Crieff. Huntingtower Castle, also known as the House of Ruthven, comprises two complete tower houses: originally separate buildings and joined by a later building. At Huntington Tower you can find out about the Ruthven Raid in 1582, the Gowrie Conspiracy in 1600 and the Maiden’s Leap. The towers are also home to two colonies of Natterer’s and Pipistrelle bats! See if you can spot them resting in the corners of the towers, or seeking insects for food. It can make entertaining watching as you as you stroll round the towers or enjoy a picnic in the sun.

Not far from Huntington Tower, towards the Bridge of Earn, stands the handsome Elcho Castle, whose arrangement has no exact parallel in Scottish architecture. Built by the Wemyss family, this remarkably complete 16th-century fortified mansion, with three projecting towers, is located between Britain’s largest reed bed on the River Tay and the woodlands of Moncreiff Hill. With such a situation, this castle is understandably also populated with lots of wildlife; birds and red squirrels often visit. You can also admire the wildlife on a relaxing boat trip along the river with River Tay boat trips.

This castle really is an enchanting image of a noble, bygone age, there is the opportunity to get closer to the lordly life of late medieval rural Scotland, more so than most other castles in the country

Nature lovers might also like to visit Broughty Castle. Built in the late 15th century and adapted over the years to meet the nation’s changing defence needs, the castle has stunning views over the River Tay. This area is home to the UK’s biggest number of eider duck, and dolphins can occasionally be seen there. With beautiful views across Monifieth Bay, it’s a lovely spot to enjoy a tea or coffee, and investigate the museum run by Dundee City Council.

Dundee, Angus and Perthshire is a key area in terms of Pictish history and society and the Meigle Sculptured Stone Museum is one of the most important collections of early medieval sculpture in Western Europe. The museum displays 26 Pictish carved stones dating as far back as the late 8th to late 10th centuries. The stones command a real atmosphere as they are all that survives of a centre of Pictish wealth and patronage. 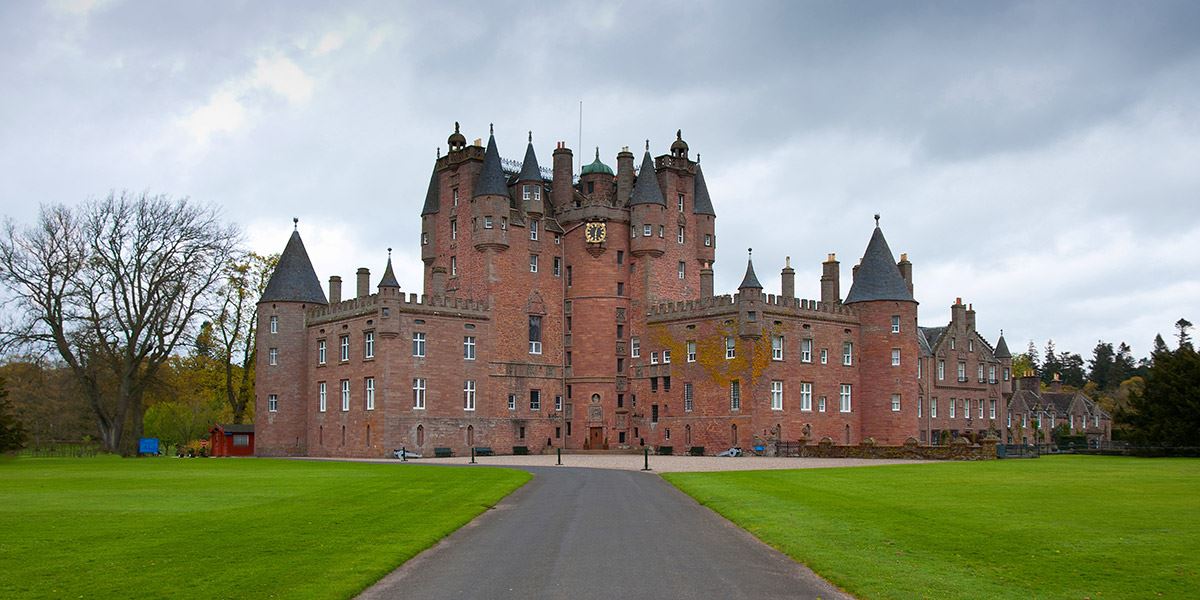 The importance of Pictish history in this area is further demonstrated by a spread of monuments across the region. The Aberlemno Sculptured Stones are a magnificent group of Pictish design; the Dunfallandy Stone near Pitlochry is exceptionally well-preserved and ornately decorated; Eassie Sculptured Stone is an elaborately sculptured cross-slab, as are the Fowlis Wester Sculptured Stone near Crieff and the St Orland’s Stone near Forfar; and the Dupplin Cross at St Serfs Church at Dunning is a masterpiece of 9th-century stonework.One of the most important collections in the area is the St Vigeans Sculptured Stones at Arbroath. You might be interested to know the latest laser technology has been used to record and conserve the St Vigeans Stones.

These are just a few of the sites in the care of Historic Environment Scotland in the Dundee, Angus and Perthshire area. The rich built heritage of the area is really outstanding and with so much to see and explore you are guaranteed never to have a dull moment.

There are lots of opportunities to enjoy the area’s amazing heritage and the National Trust for Scotland cares for some great examples, which are open for visitors to discover. In Angus, visitors can enjoy the handsome House of Dun (01674 810264), near Montrose, which was built by William Adam in 1730. It’s a very impressive building, with striking plasterwork and a fabulous collection of paintings and furniture. Wonderful views over the Montrose Basin Nature Reserve can be enjoyed from the windows of the house. Explore the estate’s beautiful meandering woodland walks and a recreated Victorian Walled Garden, before enjoying some Scottish fayre in delightful the tearoom. 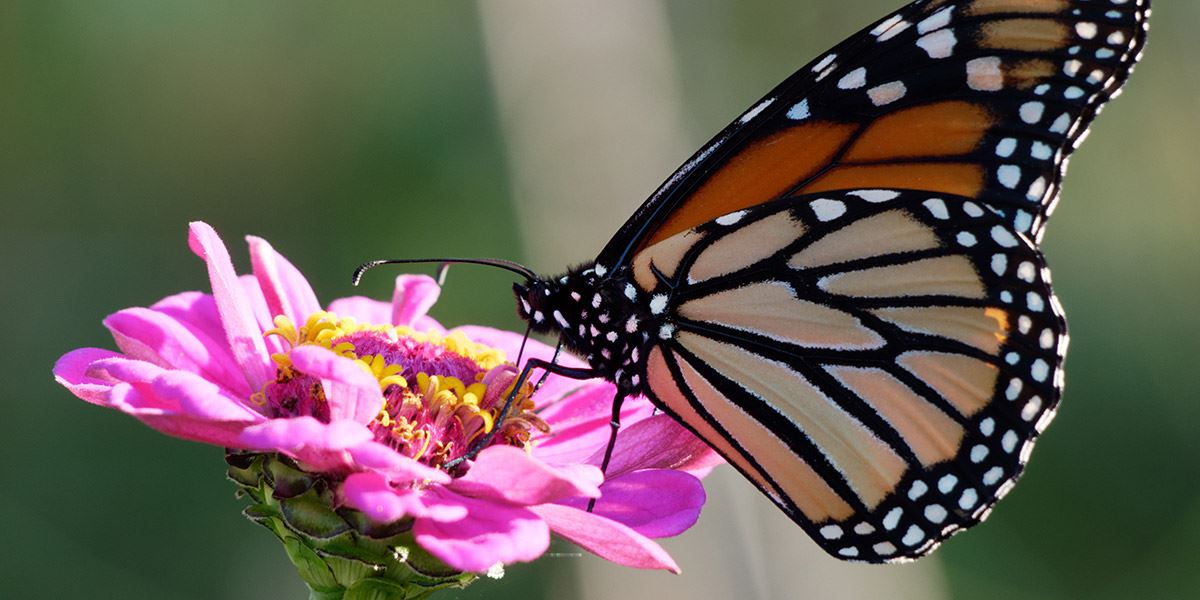 Get back to nature at the Montrose Basin

In the town of Kirriemuir, the Trust looks after the birthplace of JM Barrie (01575 572646), creator of Peter Pan. The house is furnished to give a glimpse of life around the time he was born in 1860 and an exhibition celebrates his work and most famous characters. Barrie rehearsed and performed his childhood plays in the washroom and, according to his dedication in Peter Pan, it was the inspiration behind the house that the Lost Boys built for Wendy in Never-Never Land. Families will enjoy the Pirate Workshop and children will have the opportunity to fly like Peter Pan as part of the ‘Peter Pan Experience’.

Garden fans should not miss Branklyn Garden (01738 625535), near the centre of Perth, which contains outstanding collections of rhododendrons, alpines, herbaceous and peat-garden plants. There’s more colour, as well as nature and history, to enjoy at Killiecrankie, with one of Scotland’s finest oak and mixed deciduous woodlands. The visitor centre tells about the area’s outstanding beauty as well as the story of the Jacobite victory at Killiecrankie in 1689.

Simple Minds bass player, Ged Grimes, takes you on a tour of Dundee

TV presenter, Lorraine Kelly, takes you on a personal tour of her adopted Scottish home