The city of Bath is renowned for its spa waters and historical Roman baths, but do you know about how this remarkable spa city came to be?

Using the warm, mineral-rich waters which the Celts and Romans enjoyed over 2,000 years ago, Thermae Bath Spa is Britain’s original and only natural thermal spa.

Thermae is a remarkable combination of ‘old and new’ where historic spa buildings blend with the contemporary design of the New Royal Bath. Spa sessions include full access to the warm waters and flowing curves of the Minerva Bath, a series of aromatic steam rooms and the open-air rooftop pool with spectacular views across the skyline of Bath. 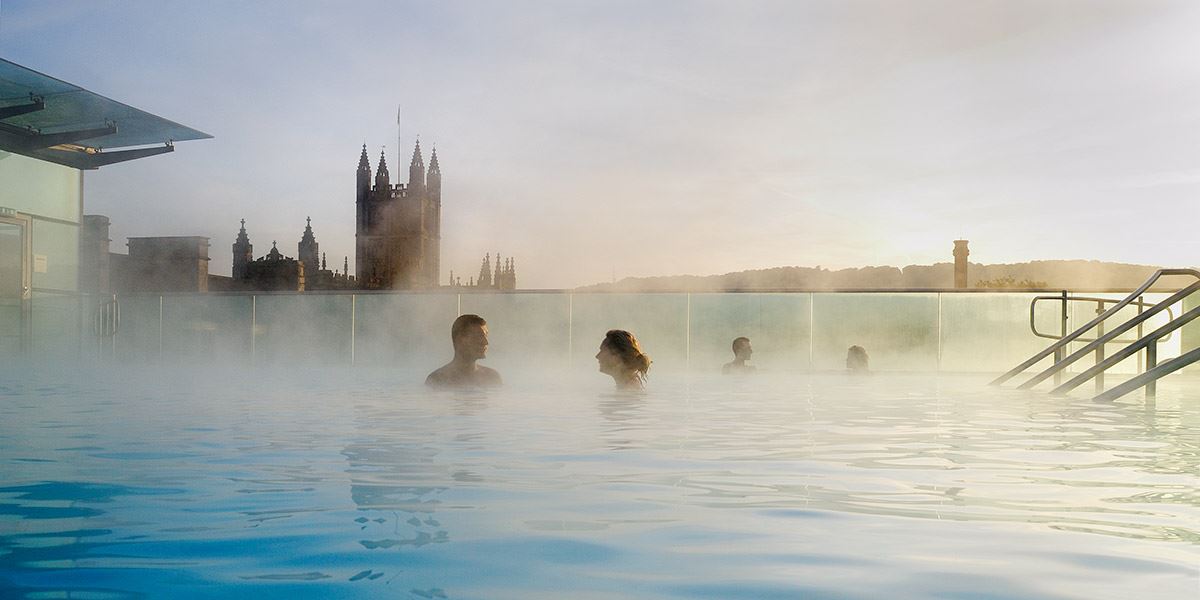 Thermae also have a number of therapists who provide over 50 spa treatments including a specially designed set of packages, aimed at promoting relaxation and well-being. In addition the spa also has a restaurant which serves a selection of meals, snacks and drinks throughout the day.

There is an excellent choice of luxurious spa hotels in Bath and the surrounding area and many are also open to non-residents – the perfect way to enjoy a day of pampering.

There is archaeological evidence that there was human activity around the hot springs on which the city of Bath is built at least 8,000 years BC; but probably the place was too mysterious, with steam emerging from a hot, lushly vegetated swampy area for any settlement to take place here.

According to legend, Prince Bladud, who had contracted leprosy, was cured after bathing in the hot muddy waters. In gratitude, Bladud founded the City of Bath around the springs in 863BC. As documented by Geoffrey of Monmouth in his 12th century ‘History of the Kings of Briton’, Bladud proceeded to become the 9th King of the Britons and supposed father of King Lear. 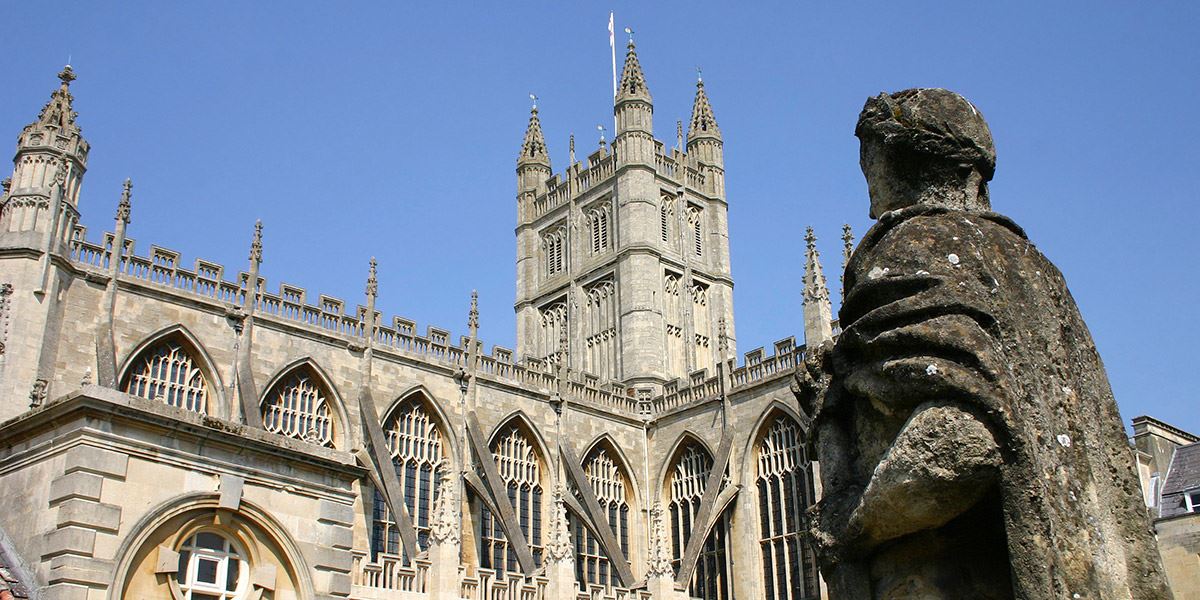 In AD 43 the Romans started the development of ‘Aquae Sulis’ as a sanctuary of rest and relaxation, not a garrison town like most Roman settlements – despite Tacitus in AD 80 describing the taking of the waters as ‘one of the those luxuries that stimulate to vice.’

In AD 70, the Romans built a reservoir around the hot springs, and then a sophisticated series of baths and a temple dedicated to the goddess Sulis Minerva. As a religious shrine and bathing complex, Aquae Sulis attracted visitors from across Britain and Europe, foreshadowing Bath’s status as a premier tourism destination. The Romans also used the Cross and Hetling springs.

After the withdrawal of Roman ‘protection’ in 410, Aquae Sulis fell into decline, although the use of the baths continued and in 1138 the ‘Gesta Stephani’ described how “Through hidden pipes, springs supply waters, heated not by human skill or art, from deep in the bowels of the earth to a reservoir in the midst of arched chambers, splendidly arranged, providing in the centre of the town baths which are pleasantly warm, healthy, and a pleasure to see. 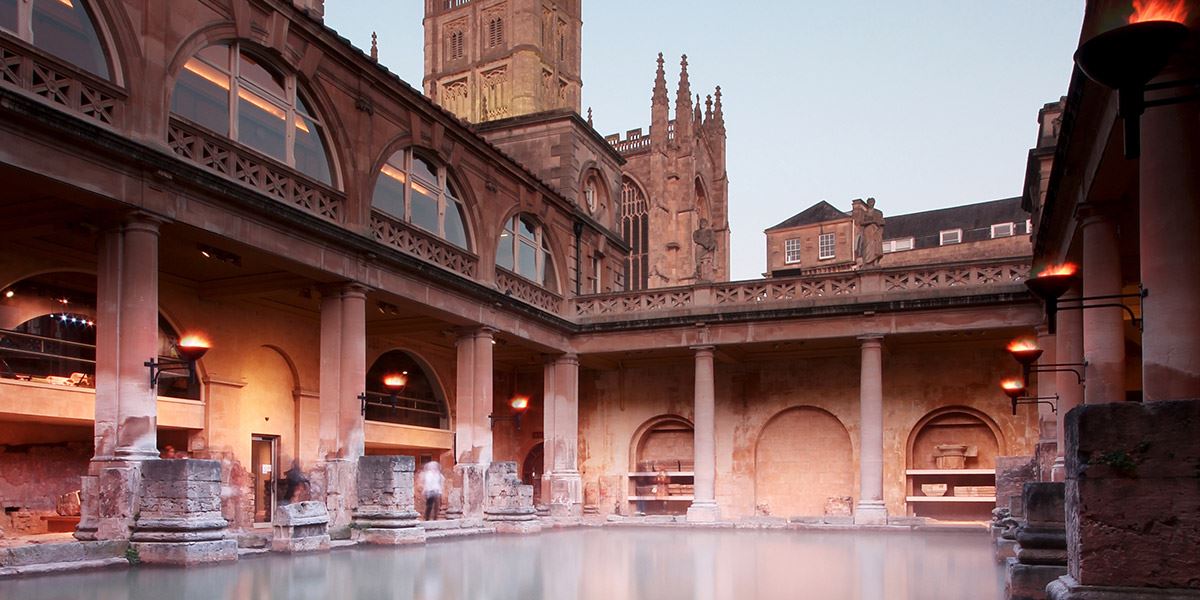 The spa waters were believed to have healing properties

From all over England sick people come to wash away their infirmities in the healing waters, and the healthy gaze at the remarkable bubbling up of the hot springs”.

In 1688, 1692, 1702 and 1703 Princess/Queen Anne visited Bath to take the waters and the frequency of her visits led to even greater aristocratic patronage. These visits set in motion a period of development in which Bath became ‘the premier resort of frivolity and fashion’, and led to the great rebuilding of the city to produce the 18th-century layout and architecture of today’s UNESCO World Heritage Site.

Outdoor attractions in and around Bath