Based in the nation’s capital, the British Museum holds artefacts from two million years of human culture and history. The oldest national museum in the world still open to the public, it is also the UK’s most popular attraction with about 6.5 million visitors exploring its ancient treasures each year. If your travels take you to London, make sure you set aside at least a day to delve into the many wonders in the British Museum’s astonishing collection.

The British Museum was first founded back in 1753 with its doors opening to the public three years later in 1759. The first national museum of its kind to incorporate all areas of human knowledge it was open to international visitors becoming an instant success. 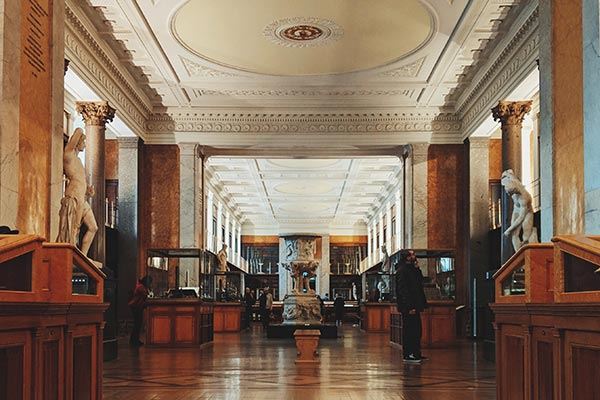 Discover the beautiful interiors of the museum 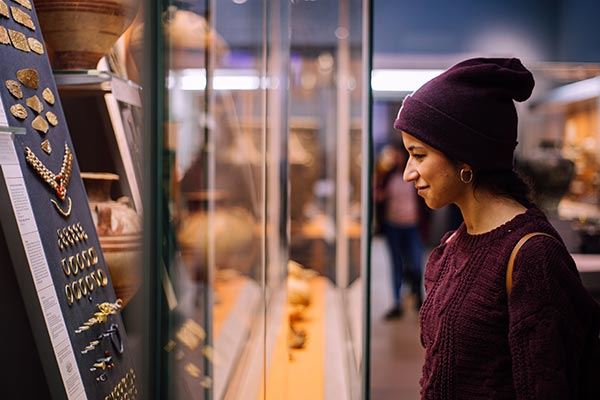 You can see permanent and temporary exhibitions at the British Museum

Driven by an unstoppable curiosity for our world, the museum’s collection has expanded in the 260 years it has stood for, to contain more than eight million different objects from throughout time. To this day its curators are still obtaining new artefacts to add to the wondrous selection on show to members of the public.

The various short-term exhibitions mean there’s always something different to see at the British Museum, no matter how many times you may have visited.

However, there are also a number of permanent exhibitions on display including the Enlightenment Gallery, which features around 5,000 objects chosen to cast light on the period when the British Museum was founded by an Act of Parliament. It is displayed in the restored former King’s Library, a huge neo-classical room built in the 1820s to house the books collected by George III.

There are a number of permanent exhibitions on display including the Enlightenment Gallery, which features around 5,000 objects chosen to cast light on the period when the British Museum was founded by an Act of Parliament

On the museum’s ground floor, for most visitors, the first stop will always be to view The Rosetta Stone. Dated to 197BC, the famous stone features three different languages, Demotic, Greek and hieroglyphics and was the key to scholars translating the ancient Egyptian writing system. However, those curious about Egypt’s treasures will also find mummies and massive sculptures on show. 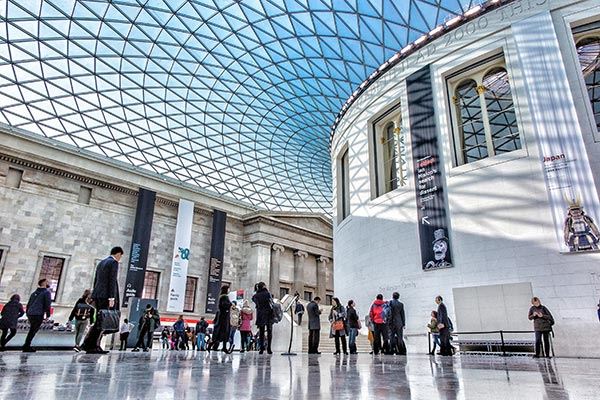 The Great Court is largest covered public square in Europe 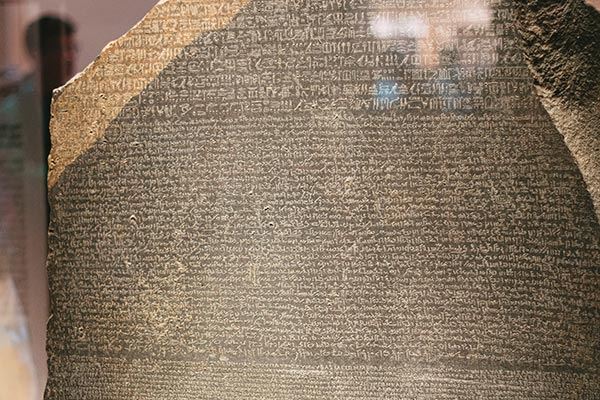 See the famous Rosetta Stone at the British Museum

The Elgin marbles offer a glimpse of ancient Greece, while the Sutton Hoo ship burial collection unearths iconic Anglo-Saxon relics. Other wonders include the modern Great Court, where towering totem poles, Easter Island Moai and Roman statues can all be found, and the enlightenment gallery that holds one of the first dinosaur fossils to be found.

Guided audio tours are readily available, and the Japanese tea ceremony is not to be missed.