If you are a fan of craft beer then you are in luck. There are some incredible microbreweries in the UK and the quality and diversity of beers being produced is at an all-time high. And there are also some fantastic brewpubs – combining a microbrewery and bar-restaurant – which cater for people who are seeking a different kind of beer and a distinctive experience. And these are our top tap rooms to visit. 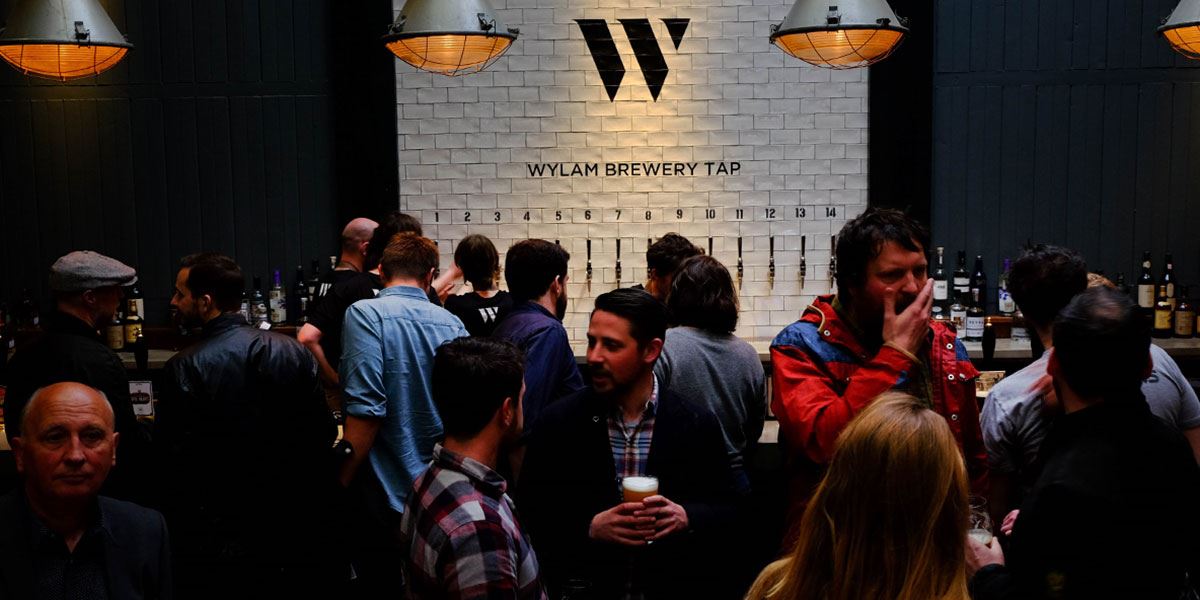 Founded in 2000, Wylam is a 30-barrel micro-brewery that resides at the Palace of Arts in Exhibition Park, Newcastle. The Tap Room serves the freshest Wylam Beers on keg and cask. As well as their own brews, they have guest keg lines from the Brewing Community and extensive bottle and can fridges. It is always free entry.

On Thursdays through to Saturdays the kitchen serves ‘small plates’ of traditional British fare with a North East twist. On Sundays they dish up traditional roasts. It’s probably one of the coolest and friendliest places to have a pint in Newcastle.

This cosy pub is a great free house in the heart of bustling Cambridge. It also has its own microbrewery – The Cambridge Brewing Company. It serves six cask ales including three of its own beers. The dry, hoppy Misty River is, not unexpectedly, super-fresh tasting. The CBH’s sister pub, The Mill, was recently been named pub of the year by the local CAMRA group. 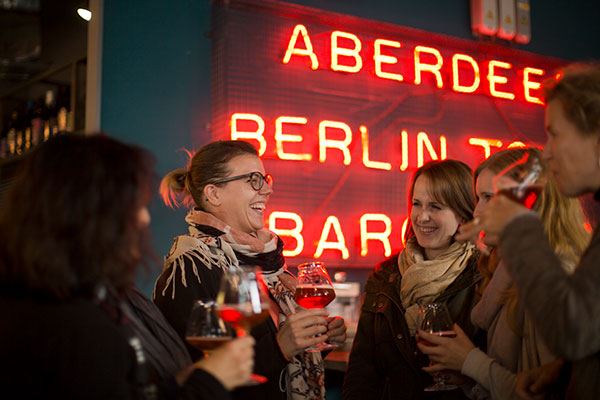 Take a trip to BrewDog Aberdeen 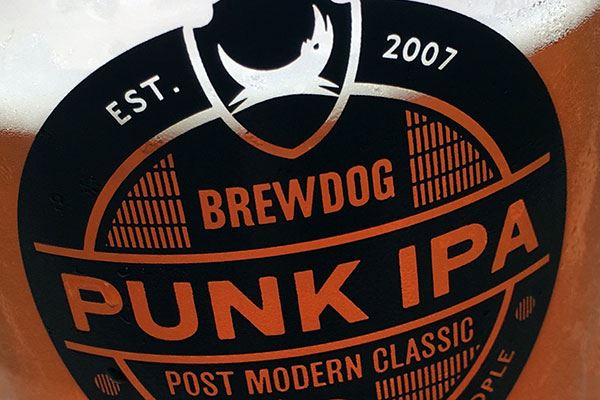 Currently, five of the top ten best-selling craft beers in the UK off-trade are BrewDog products

BrewDog was born in 2007, the brainchild of two friends who leased a building in Fraserburgh, got some scary bank loans and started making craft beers. They brewed tiny batches, filled bottles by hand and sold beers at local markets. Fast forward to 2019, there are BrewDog bars in Paris, Hamburg, London’s Brixton and Canary Wharf, Manchester, Dublin, Toronto, Budapest and Brisbane. Currently, five of the top ten best-selling craft beers in the UK off-trade are BrewDog products.

Burning Soul were named the best new brewery in the West Midlands on RateBeer in 2017. In this Midland’s based taproom, they have an ever changing list of smaller experimental pilot brews in order to capture first hand people’s perceptions of their new beers and those which get the best reception are re-brewed and sold outside of the brewery. The brewery is the ultimate hangout too, with sofas, a football table, pool and plenty of good beer on tap.

Tiny Rebel started life when two friends, Bradley Cummings and Gareth Williams, started home-brewing in a garage. That was in 2012 and last year they opened a purpose-built, world-class facility to pump out all those pints. The £2.6m relocation and expansion to the 60,000 sq ft facility increase the production capacity fivefold to five million litres of beer a year. Award-winning Tiny Rebel also operates pubs in Newport and Cardiff under its Urban Tap House brand. 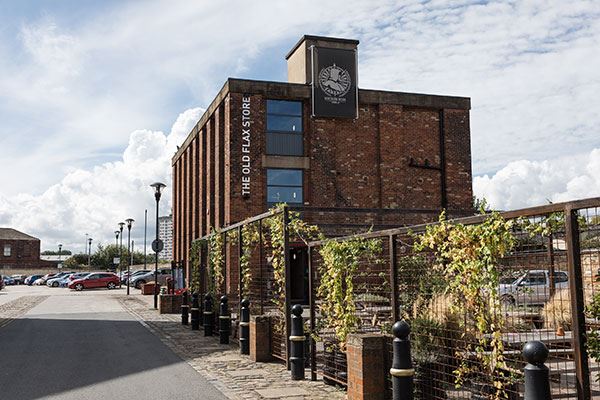 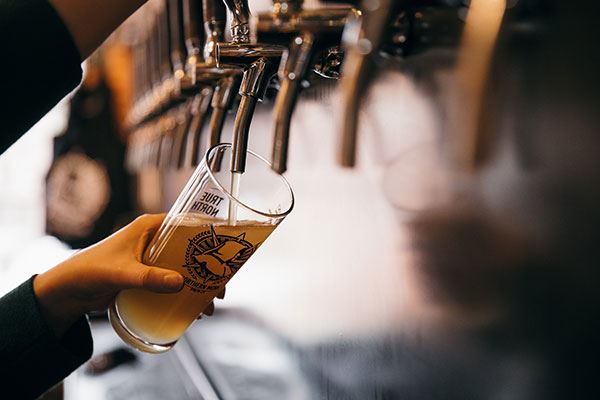 Northern Monk was established in 2013 and the company’s beer is brewed across two sites. The first is the original brewery at the Old Flax Store, this is where they began their journey in 2014, and is home to the LDS tap room. The company expanded into a second much larger brewery, Sydenham Road. Between both sites Northern Monk can brew up to 18 beers at a time.

The company hasn’t been resting on its laurels and last year opened the doors to Northern Monk Refectory MCR. The two-floor tap room is located in the heart of Manchester’s Northern Quarter, and features 16 keg lines, 4 cask lines and three draft cocktails, as well as four classic mixed cocktails. The venue also serves a food menu of Northern-inspired small plates, and a Sunday sharing roast that changes every week.

Read more about Leeds and Manchester

Innis & Gunn is an Edinburgh based brewery established in 2003 by Master Brewer Dougal Gunn Sharp. Since then, the brewery has grown to be one of Scotland’s most successful international craft brewers, exporting their products to over 35 countries world-wide. The Original, a bourbon barrel-aged beer, is the recipe that started Innis and Gunn and continues to be the brands flagship beer, alongside their lager, which is the No.1 craft lager in Scotland. 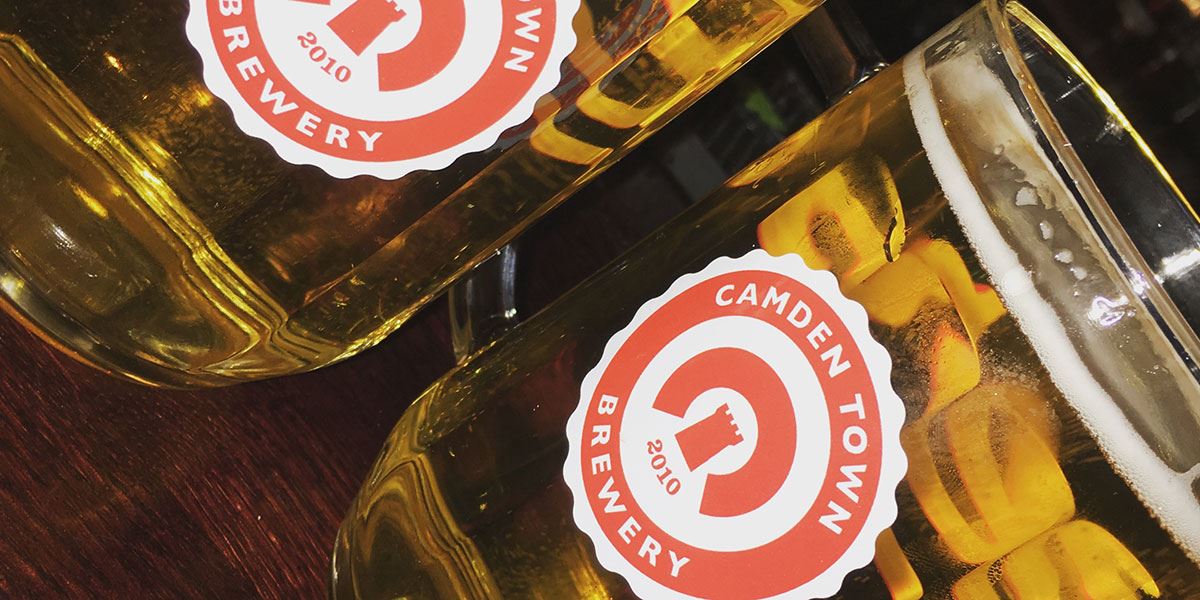 Camden Town Brewery is a Camden, London-based brewery. In 2006 entrepreneur took over a former Wetherspoon pub in Hampstead and the following year started making beer in the basement. Four years later it decamped to the arches under Kentish Town West station but, with sales growing at 70% a year, it was forced to outsource some production. Now it is owned by Anheuser-Busch InBev. There are two breweries, Hells in Camden and a new brewery in Enfield, where visitors can enjoy a a tour, enjoy a drink at the Camden Brewery Bar and you can even meet the team while you’re at it.

Bristol is a city that does beer well. The brewing scene has exploded and there are now around 17 permanent breweries. Wiper and True has become a little hub in the centre of the St Werburghs neighbourhood.  Visitors can sit right among the tanks and enjoy one of their fine beers.

Guided tours are run every Saturday from midday which also includes the story so far of Wiper & True – that began on a kitchen stove before borrowing other brewers’ kits to make their own beer. Now they are masters at brewing and innovation, they’re constantly coming up with new recipes including Milkshake: 5.6% Stout.

These Cornish brewmasters started brewing back in 2014 after deciding that hoppy beers were what we wanted to be drinking and now produce some of the UK’s best hoppy pales and IPAs. New beers are springing up all the time. Their brewery does not have a tap room but the Verdant team has just opened their Seafood Bar in Falmouth where you can find a hearty small plate menu loaded with fresh local fish and clever little twists on traditional French, Spanish and British cooking. They’ve also got eight taps, pouring our four core range beers then four seasonals at all times. 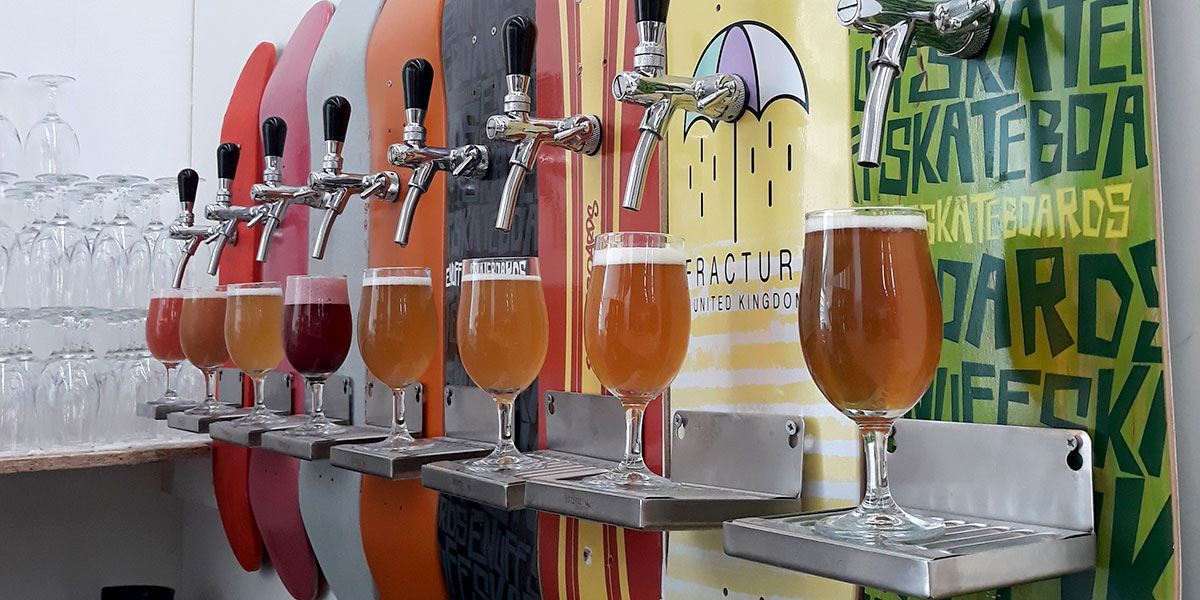 With so few brewery taps in Edinburgh, Campervan Brewery is a great addition to the city

Edinburgh is a great city for beer, but until recently it was severely lacking in one particular facet – brewery taprooms. Campervan Brewery Tap Room is the ultimate beer venue in Edinburgh with it’s in an enormous warehouse in Leith which is decked out in nothing more than huge trestle tables and wooden crates with cushions for seating. Leith Juice is the signature brew and if you head down in the afternoon the team have an arrangement with a nearby pizza restaurant who will deliver to the tap room. With so few brewery taps in Edinburgh, it’s a great addition to the city. What more could a beer lover want?

Tyne Bank Brewery was established in 2011 by Julia Austin, a keen home-brewer. She took over the former Hadrian Border Brewery site and equipment with the first pint sold at the Free Trade Inn on June 23 2011. The industrial styled tap house sits within the brewery and drinkers enjoying an open view of the brewhouse in action.

The core beers, which you’ll be able to try out in their taproom, include the likes of Silver Dollar, a hoppy American ale, and Monument, a smoothly balanced bitter. Notable stockists include well know department store Fenwick, Morrisons and Newcastle pubs The Red House on the Quayside, The Brandling Villa in Gosforth and The Chillingham Arms in Heaton, Newcastle.

Christmas Markets – some of our festive favourites

7 dog-friendly destinations in the UK and Ireland