There is no shortage of options when it comes to sport in Cardiff and the Vale of Glamorgan. You can try your hand at everything from golf to white water rafting and rock climbing.

Rugby has been described as a religion in Wales, but in 2017, it was all about football. In June, Cardiff hosted the UEFA Cup final between Juventas and Real Madrid, attracting tens of thousands of visitors to the city for the four-day festival. And the previous year, Wales’ unexpected success in the Euro 2016 championships, where the underdogs reached the semi-finals, brought football to the hearts of the nation.

Wales forward, Gareth Bale, who also plays for Real Madrid, said he would never forget the scenes that greeted the team on their welcome home parade on an open-top bus, where throngs of fans lined the streets to cheer their support and thanks. This was the Welsh side’s best performance in an international competition since 1958. 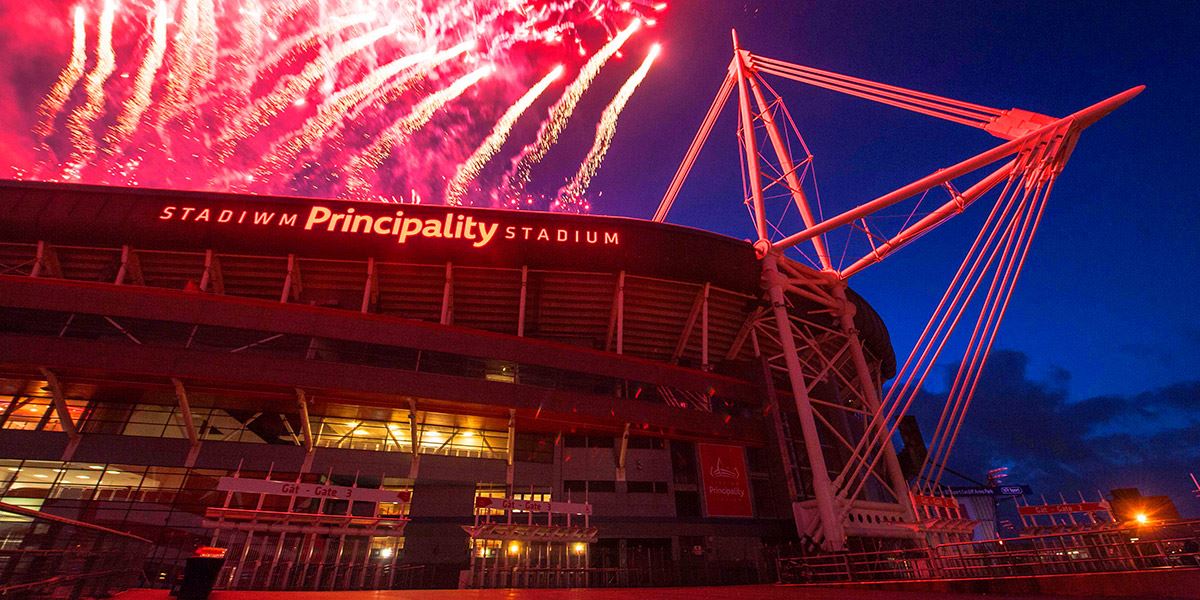 Watch a home game at the Principality Stadium

The only comparable events in recent Welsh sporting history are the Welsh rugby side claiming the Grand Slam in the Six Nations tournament in 2012, on home turf, then claiming the title, against the odds, the following year in a surprise 30-3 win against England.

Contrast that euphoria with the abject woe following the Welsh team’s narrow defeat by South Africa in the 2015 World Cup, and you have some indication of how powerful a role rugby plays in the nation’s psyche.

The Principality Stadium in Cardiff is the home of Welsh rugby, and, due to its central location, when Wales wins a home game, the excitement permeates through the entire city centre. Carnival-style, the streets throng with merrymakers, and the pubs are packed to bursting point.

The only comparable events in recent Welsh sporting history are the Welsh rugby side claiming the Grand Slam in the Six Nations tournament in 2012, on home turf, then claiming the title, against the odds, the following year in a surprise 30-3 win against England

Rugby fans in Wales can certainly empathise with the sentiments expressed in the famous quote attributed to late Liverpool manager, Bill Shankly, ‘Football isn’t a matter or life or death, it’s much more important than that”. When Rugby Union fixtures are played at the Principality Stadium, the 74,500 capacity venue is often sold out.

When no event is taking place, sporting fans can take a tour of the stadium. The Rugby Legend Tours, where you can get up close and personal with a Welsh rugby hero, and take a peek at the behind-the-scenes-action at the stadium. The stadium hosted some important games in the 2015 Rugby World Cup, but it has a dual life, doubling up as a concert venue – Bruce ‘The Boss’ Springsteen has performed there, as has Rihanna. Other stars to tread the stage include Madonna, Take That, Smokey Robinson, U2, Cee Lo Green, Ne-Yo, and Coldplay. 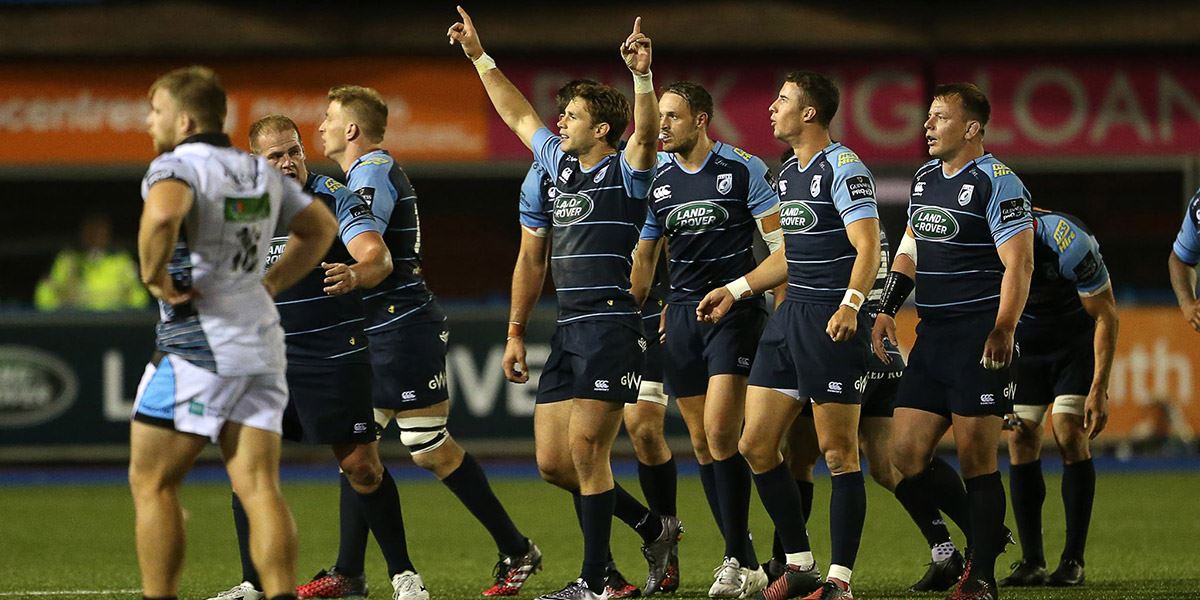 Rugby is hugely popular in Wales

The Cardiff Blues are the city’s professional rugby union side, one of four such regional sides in Wales. The Blues have now decided to return to their original home at the Arms Park (adjacent to the Principality Stadium), having spent three seasons housed at Cardiff City Stadium.

Cardiff City Stadium is the city’s largest after the Principality Stadium, holding a crowd of 26,828. Cardiff City Football Club, known affectionately as The Bluebirds, was founded in 1899. In their glory days they won the FA Cup – in 1927.

When no event is taking place, sporting fans can take a tour of the stadium. The Rugby Legend Tours, where you can get up close and personal with a Welsh rugby hero, and take a peek at the behind-the-scenes-action at the stadium

The SWALEC Stadium in the leafy suburb of Pontcanna is home to Glamorgan County Cricket Club. It hosted the first test of the Ashes in 2009, a five-day event that drew crowds from far and wide, and firmly placed Cardiff on the cricket map. One-day internationals have been held at the stadium too, along with county cricket and T20 fixtures. The stadium has also branched out into money-raising concerts, such as the event headlined by Mick Hucknall.

In the heart of Pontcanna Fields, you’ll find the fabulous Cardiff Riding School, a seemingly rural haven, yet located incredibly close to the city centre. Experienced, friendly staff, and a range of well-schooled horses suitable for all abilities, make riding there a pleasure. The school is BHS approved, and boasts an indoor and outdoor arena, and a cross country course. 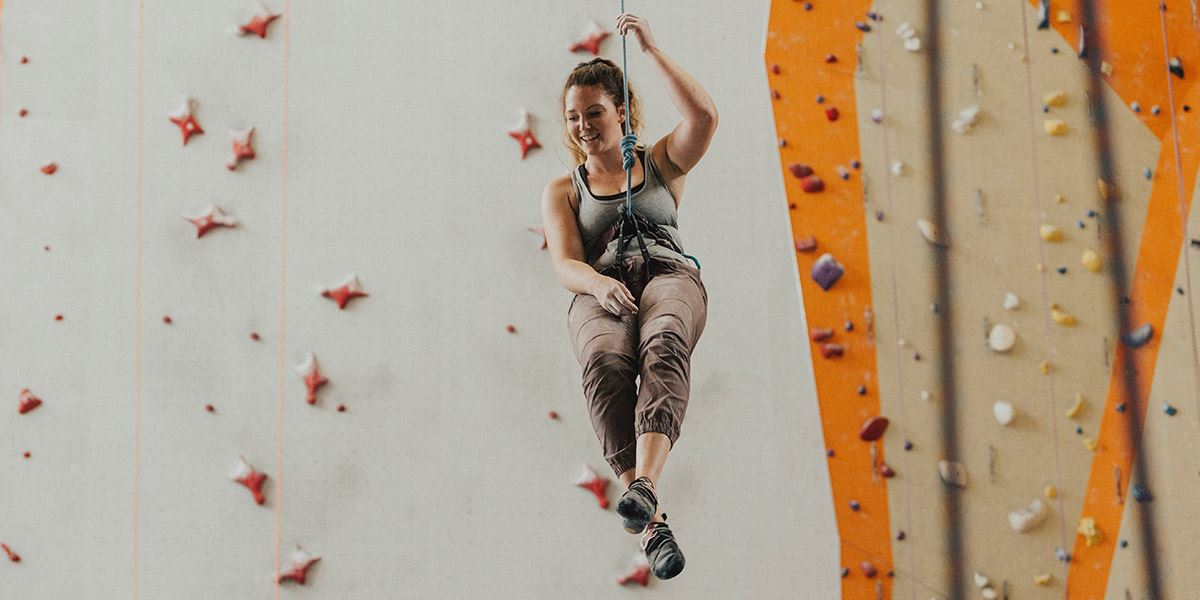 Why not try your hand at indoor climbing during your trip?

Those longing for the roar of thundering water should head for Cardiff International White Water located at the International Sports Village in Cardiff Bay. Rafters and kayakers at the white water centre can experience all the thrills and spills of turbulent, tumbling water on an artificial 250-metre course. In order to create these powerhouse rapids, water is pumped at a staggering eight cubic tons per minute. Fancy a dip? Then head for the International Pool, a 50-metre Olympic-sized pool with spectator seating for 1,000, plus a 110 station gym and a group cycle studio.

Boulders, the indoor climbing centre, caters for all ages and abilities, providing challenging routes for seasoned climbers and taster sessions for beginners. And for something a bit different, Boulders also holds yoga and core strength classes. Such classes improve muscle control, balance and flexibility. Great for improving climbing skills, by all accounts, but also highly beneficial even for those who don’t wish to become rock face gymnasts.

Experienced, friendly staff, and a range of well-schooled horses suitable for all abilities, make riding there a pleasure. The school is BHS approved, and boasts an indoor and outdoor arena, and a cross country course

Ice hockey fans should look out for a Cardiff Devils home game. The team plays in the ‘Elite’ Ice Hockey league, and home games are played at the team’s base in Cardiff Bay, the Viola Arena. The Devils’ former home, the Welsh National Ice Rink, was demolished to make way for the John Lewis store, a move that was far from universally popular.

The eyes of the golfing world were firmly focussed on South Wales in 2010 thanks to the staging of the Ryder Cup at the Celtic Manor in Newport – raising the bar for Wales in golfing terms as a consequence. For a tiny country, Wales has more than its fair share of golf courses, over 200 in fact. The two within a stone’s throw of Cardiff’s city centre, Whitchurch Golf Club and Radyr Golf Club, welcome visitors. 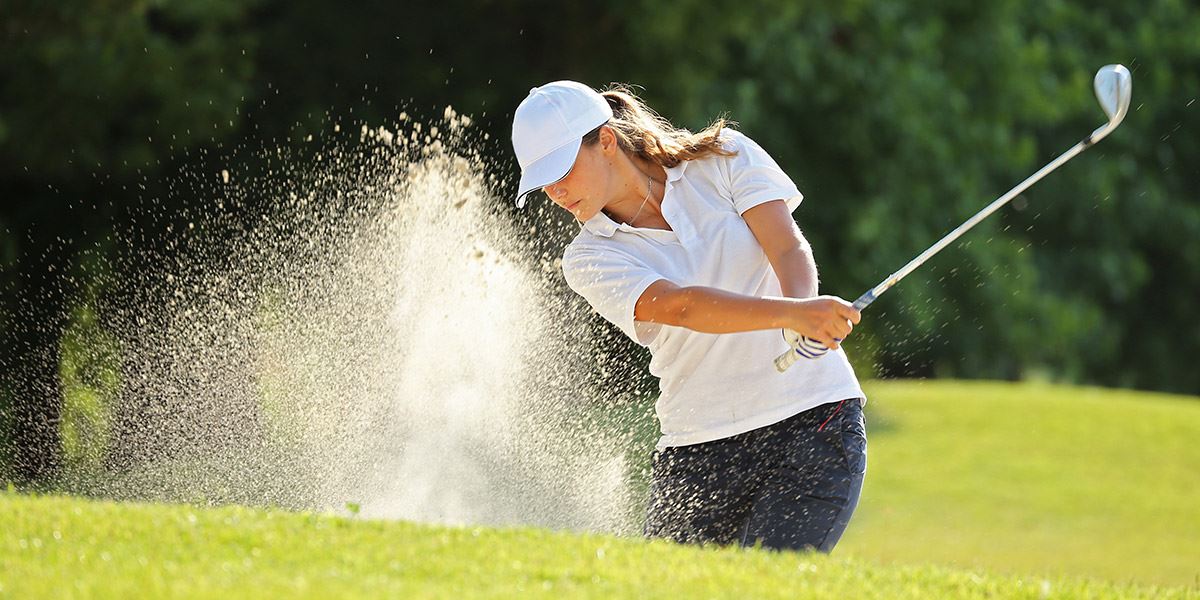 If you bring your trainers with you, you can run around the city’s parks or along the Taff Trail, absolutely free. If anyone is feeling especially energetic there’s a Park Run staged in Bute Park every Saturday morning at 9am (go online to register the previous day). The timed 5km sprint is open to all abilities and, again, it’s completely free. For golfing fans, the Vale Resort offers the ideal location for a pleasurable break. Set in 650 acres of beautiful rolling countryside, it offers two championship golf courses, spa, and award-winning cuisine.

The lovely rural nature of the Vale means that horse riding is a delight. There’s the BHS approved Liege manor, with 50 horses and ponies to choose from. St Bride’s Major Riding and Trekking Centre offers countryside and beach rides. A number of the Vale’s golden beaches are prime surf spots. Organisations such as Southerndown Surf School offer surf lessons, and also hire boards and wetsuits to those who prefer to do their own thing.

GR8LIST:
Shopping, sights, sound, and adventure in and around Cardiff